This is a huge improvement to the casting process, which means I think I'm done playing with tin for now, and can comfortably move on to bronze. My only regret is that I didn't film any part of this run, so the first foundry video I'll publish will be the one of bronze rings, which I've already begun work on. The first change to this process is the addition of a slag trap right below the pouring cone. This part has a high surface-area-to-volume ratio, with plenty of places for the nasty little oxide "skin" to accumulate, leaving only clean metal to flow deep into the mould. The slag trap also redirects the molten metal to the sides down three angled shafts, further ensuring that contaminants remain behind. I printed five of them, and you can see two in the background, albeit out of focus. 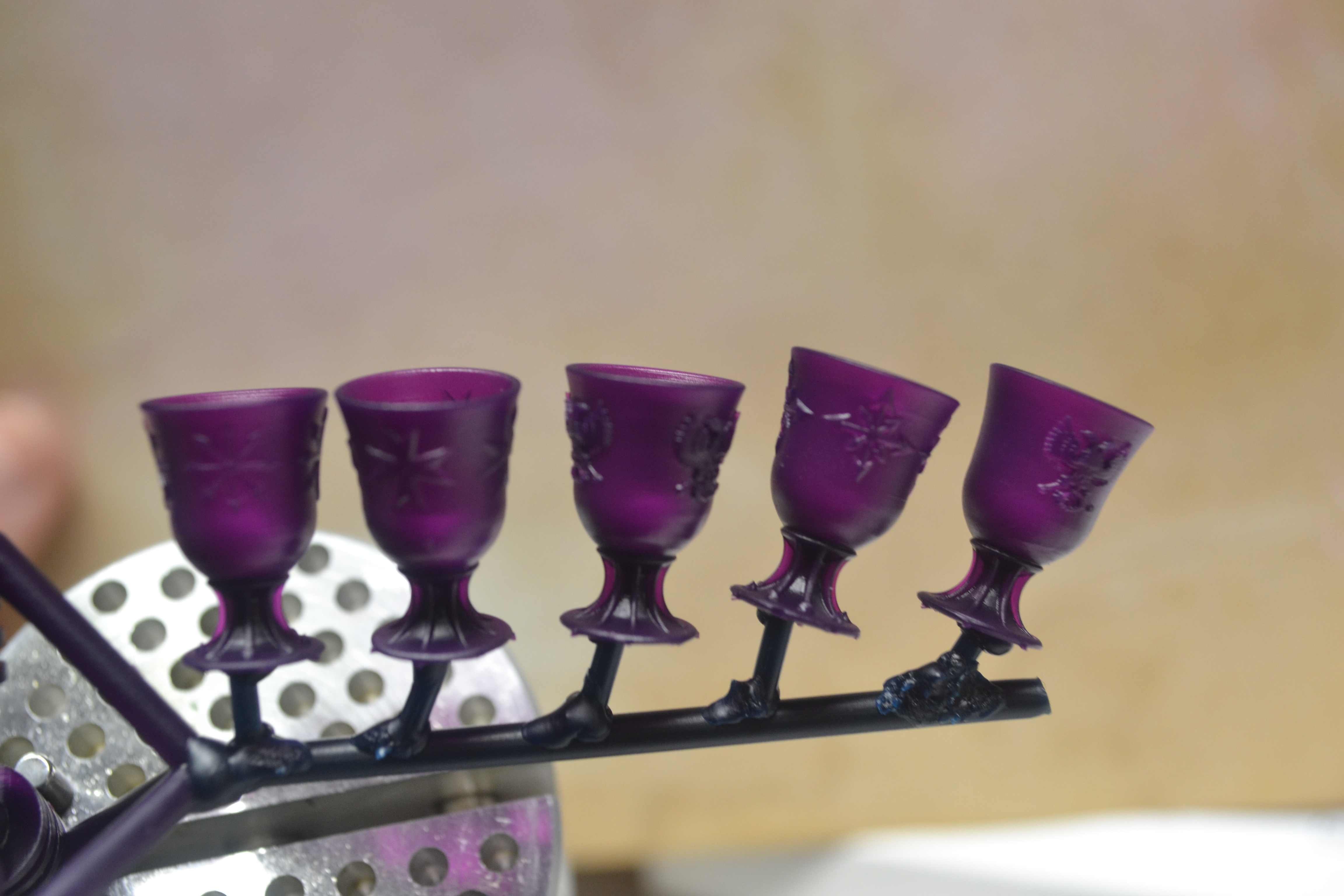 Each of the 3D-printed wax cups is meant to stick out perpendicular from the main sprue, but getting the wax to solidify in the exact position I want isn't easy. Still, holding both the flask and part tree at an angle during investment pouring allowed me to avoid trapping air in the bottom of the cups. 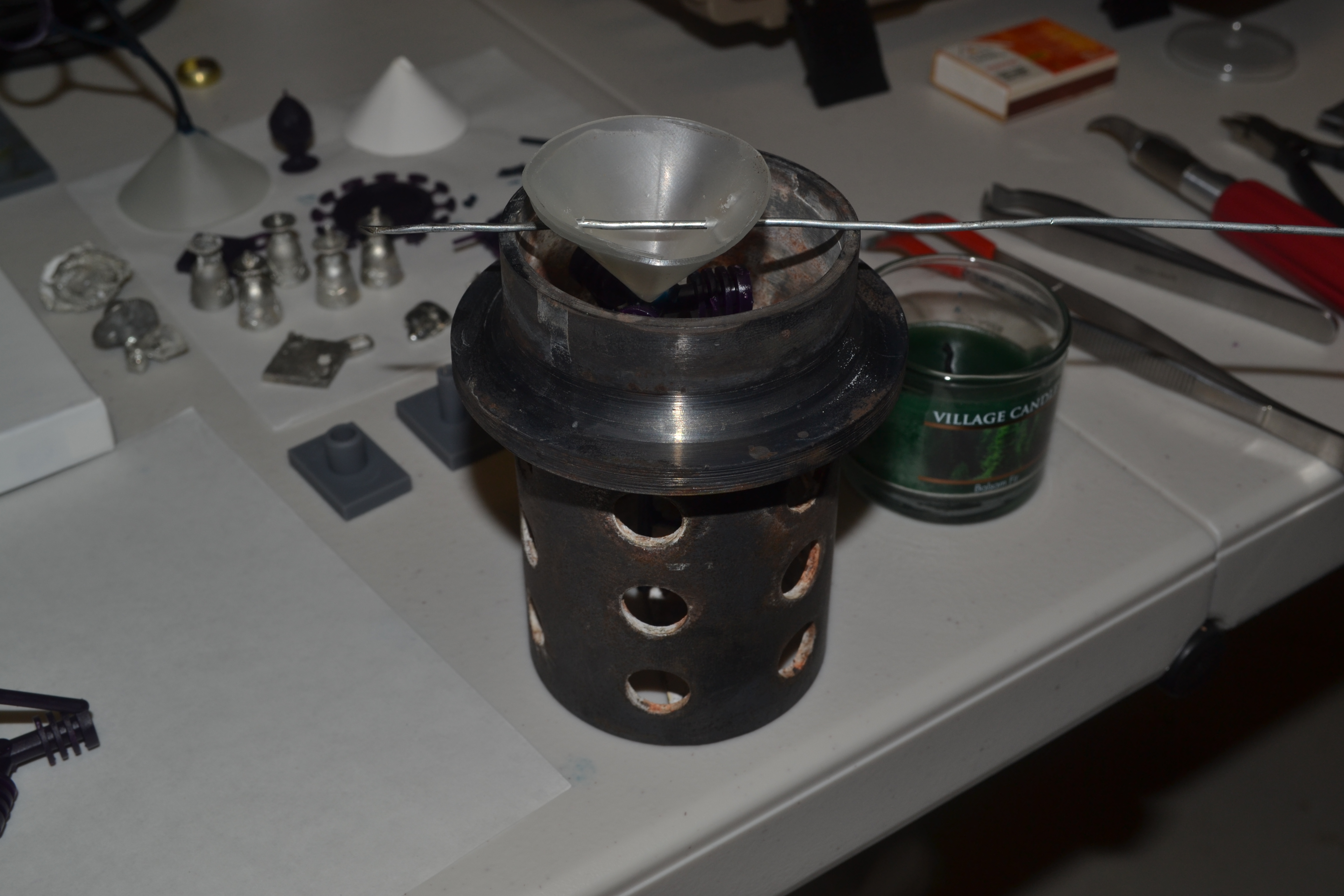 Because of the tall part tree, I had to hold the pouring cone up higher, thus making it a smaller target during pouring. No matter, I still managed to hit it. The casting still isn't quite as clean as I'd like, but with my equipment, I can't really complain. The slag trap certainly worked as intended. You may not be able to tell, but the slag trap didn't get completely filled. Some of the fins are incomplete. 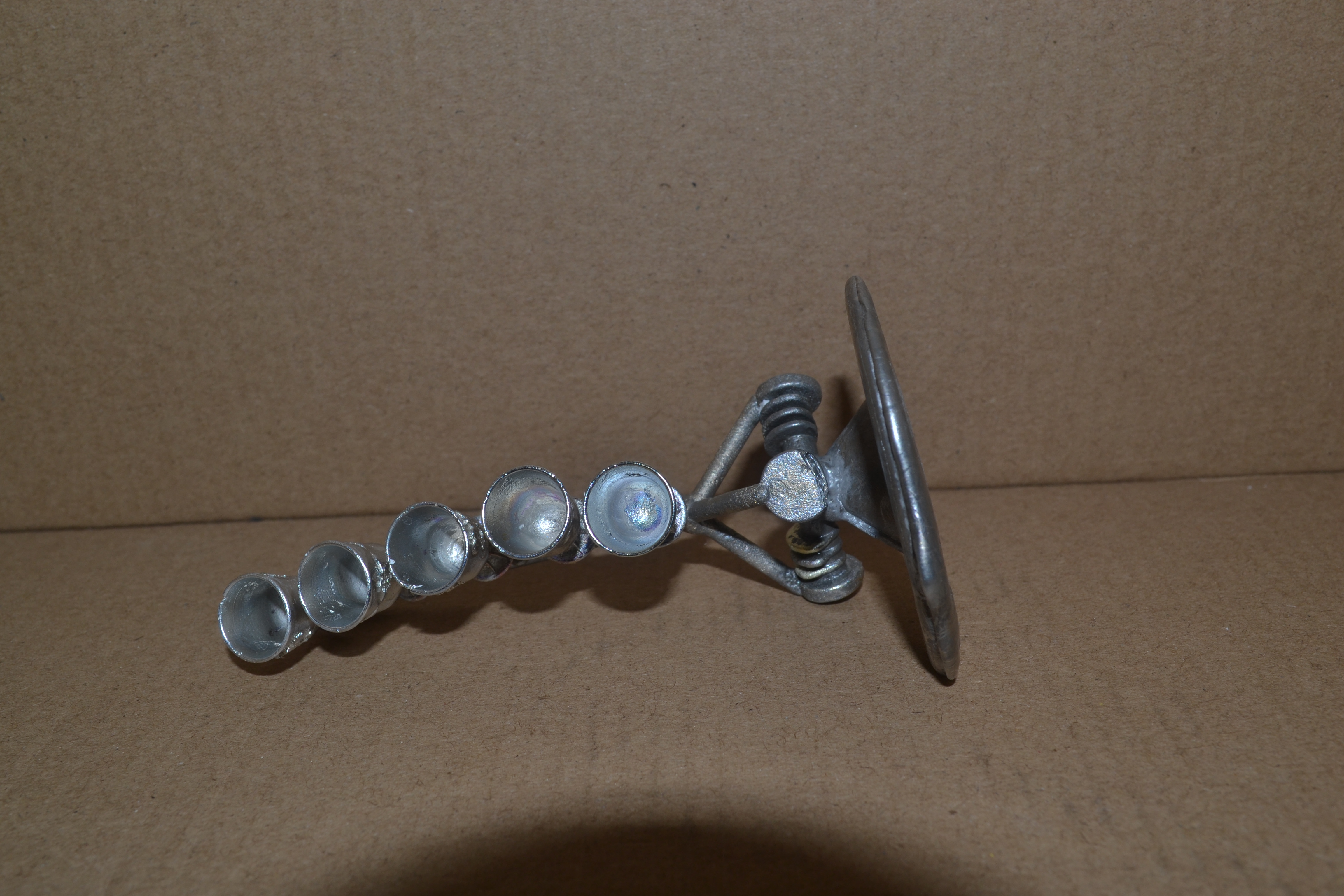 I tried several different lighting setups to accurately capture the colour of the part tree, but to no avail. There is a stark contrast between the grey, oxidised tin in the pouring cone and slag trap, and the bright, shiny metal of the cups. There are still some voids in the casting, sometimes even holes in the walls, and slight blue and purple discolouration of the metal tells me that it is probably the result of incomplete burnout. Then again, perhaps it is just the nature of the metal itself. I don't normally work with tin, but I know enough about it to know that it does weird things like whiskering. Furthermore, voids in thin features are almost unavoidable without employing vacuum casting, which requires highly specialised equipment. 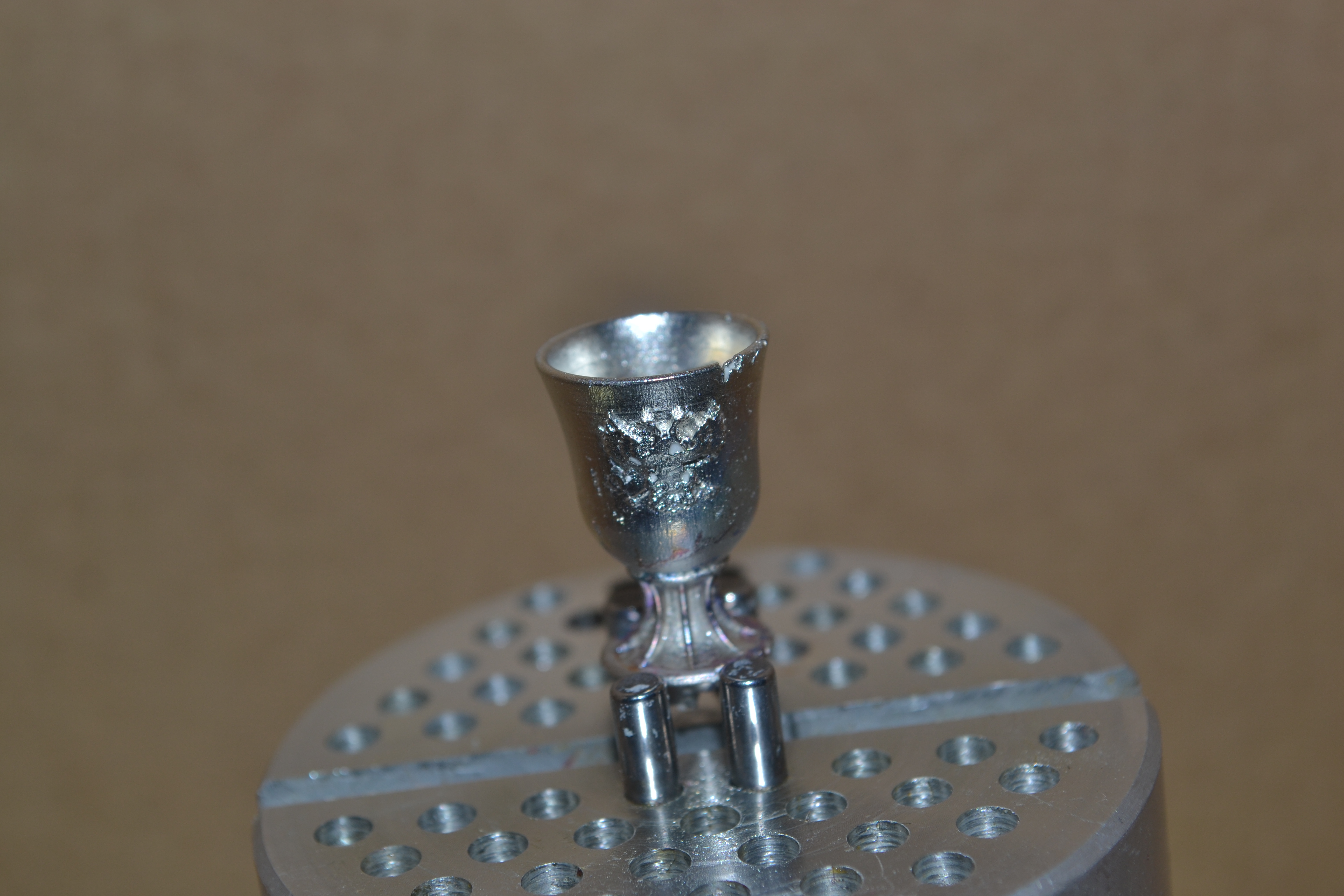 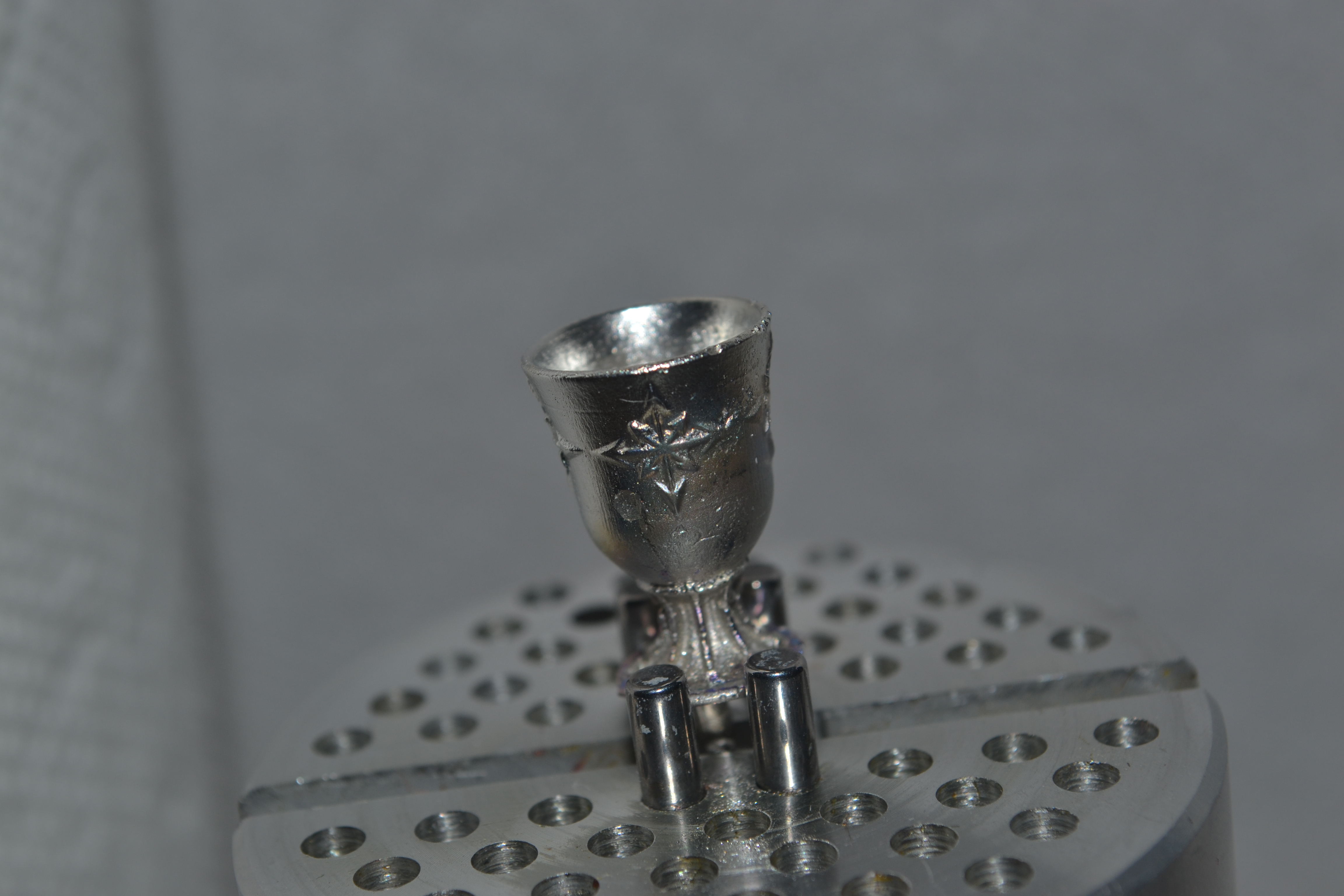 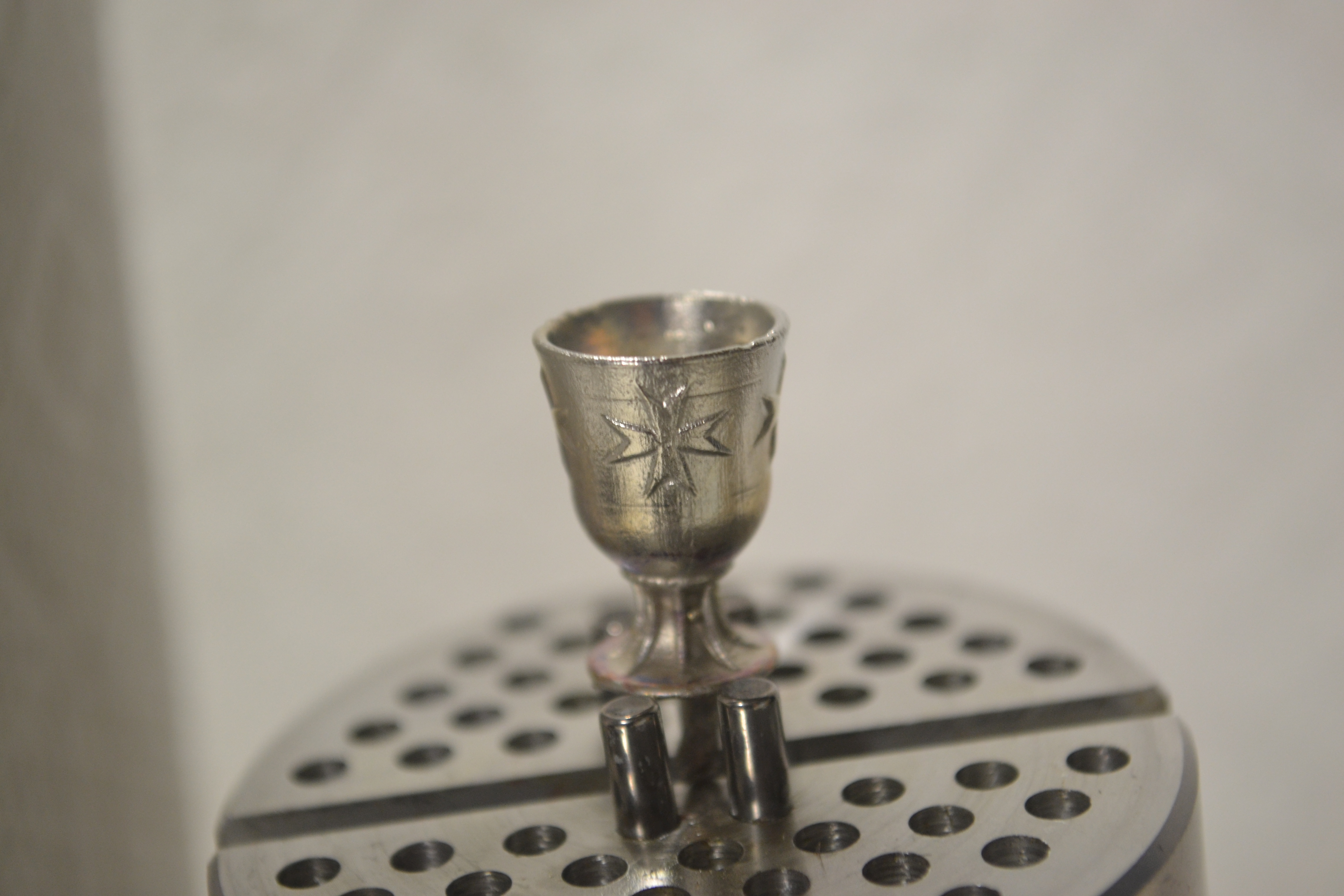 Maltese cross (the shape of the Blue Max, though my fellow 40K players will recognise this as the insignia of the Black Templars) 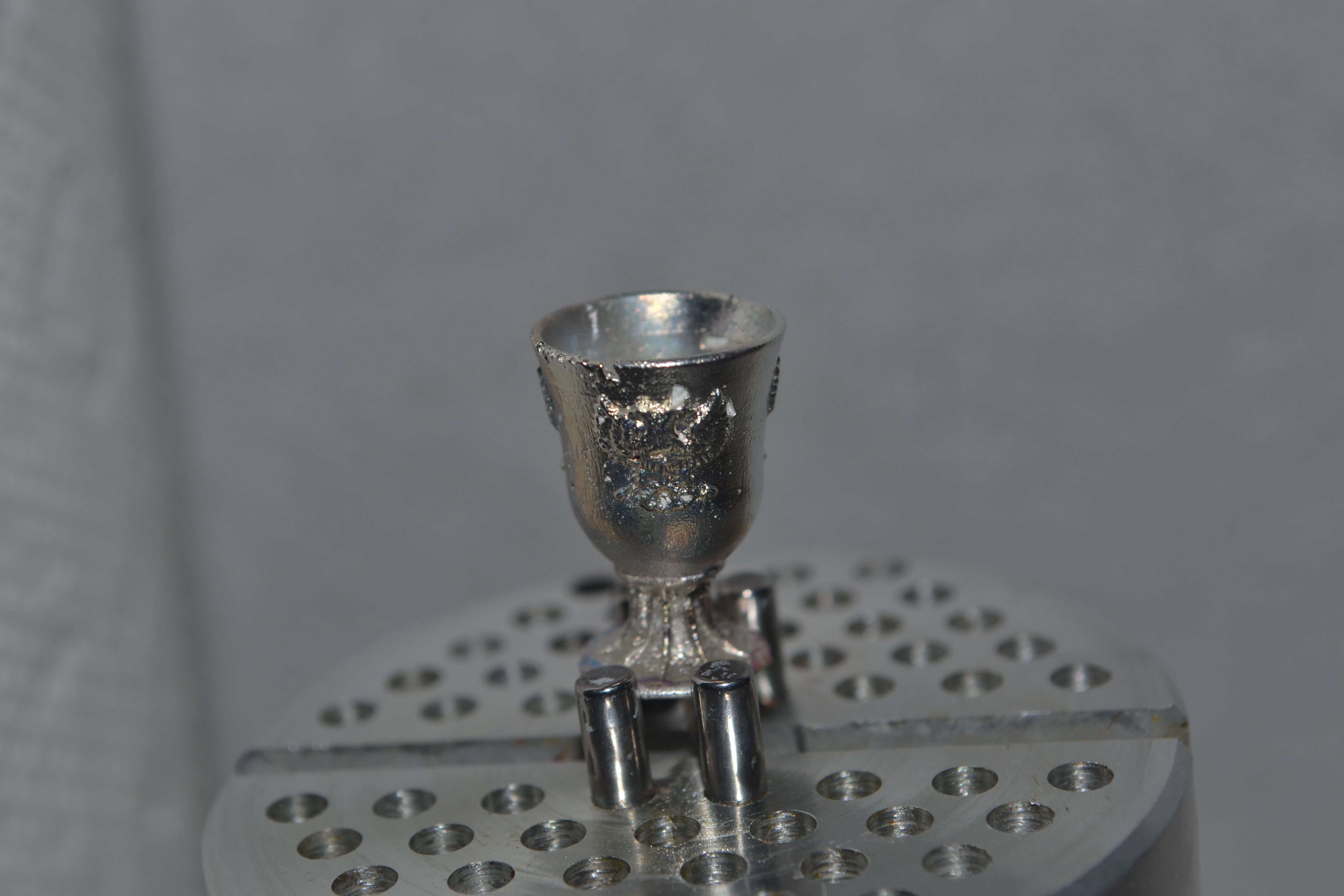 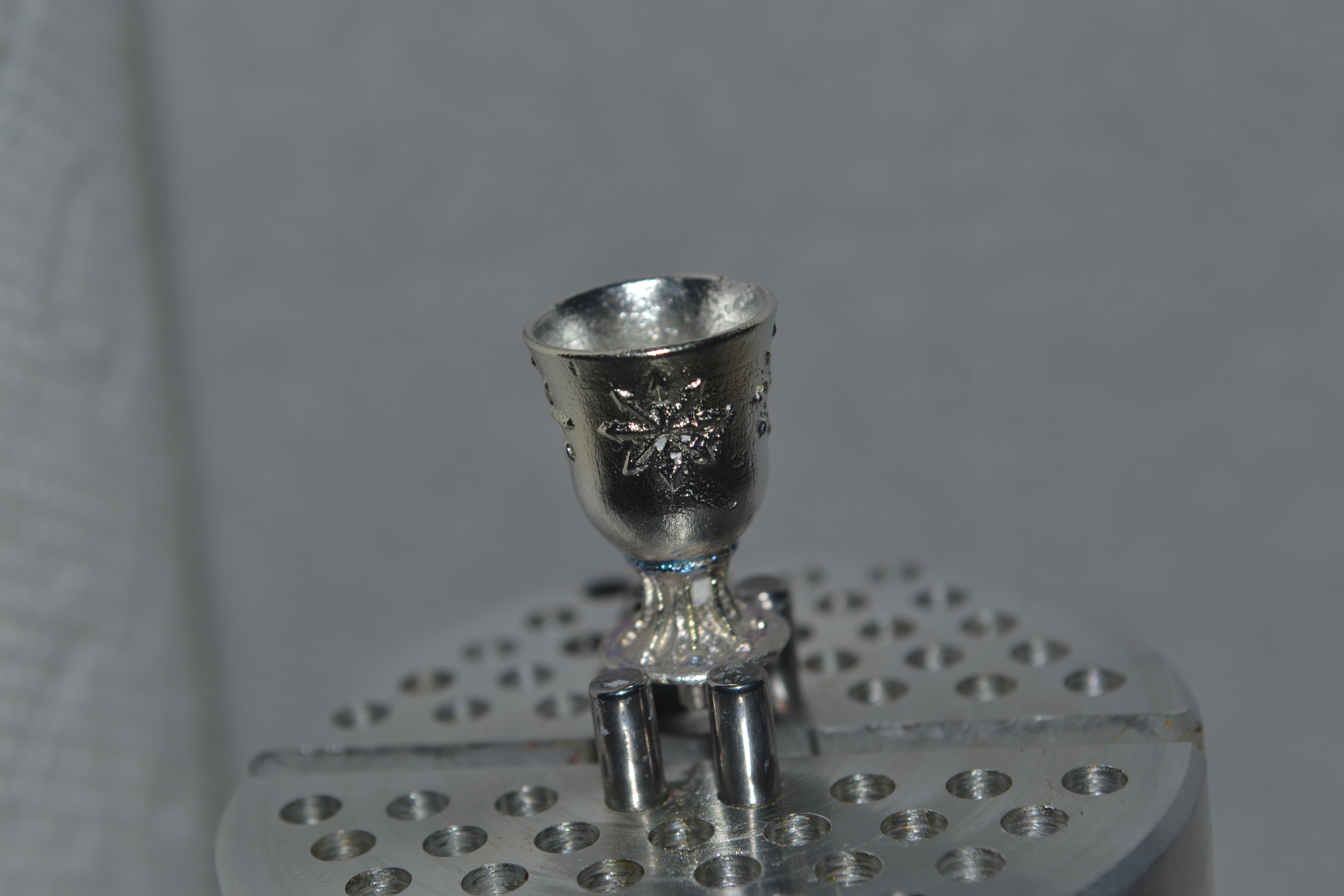