this was a sound /art piece/story created for a #logiczombie contest, with a theme of 'cyber pirates vs ninja werewolves'

i hope i followed the rules!! i didnt really know what i was getting into...enjoy

CURSE OF THE RUBY STATUE

The 29x11 battleship has been at sea for 464 hard days.
lucky for those on board, it is manned by a robotic crew,
the defected robot pirates of 29x11.

after years of serving as the flagship of the united nations
naval fleet, through advanced artificial intelligence, the ship and its
robot crew had finally left the
humans behind on a desert island, while the crew was investigating
a rarely visited section of the planet.

armed with an arsennal of state of the art weapons,
this is now the most feared ship on the planet.
completely bored and disappointed with humanity,
this robot pirate ship heads far away from civilization, into the
only uncharted place of its mapping system

legend tells of a ruby statue that gives all encompassing powers.
unfortunately, many have learned the hard way that the statue is
cursed to all in its presence, as such the island has long been cursed as well.
no one dares go near here, and the map charting systems have long forgotten about this awful place

the ship pulled up to the shore and the robo-captain went ashore. he was immediately surrounded
by a group of wolf-like humanoids.

it has long been since any foreigners have tried to come to our dreaded island,
what brings you to our sanctuary? said the leader of the group

we have left the humans behind on a quest of travel for gold and jewels, like the
classic pirates of yore.

W: i have never witnessed such an invention. for we have been on
this island for a very long time, the advancements are beyond our
comprehension. the humans eternal quest for
greatness will be their downfall. for i was once human,
but that was many years and many hairs ago. judging by the
lack of soul that emits from your eyes, it would appear that mankind has created
a curse far worse than the one on this island. do you come in peace?'

'we come to plunder your island for all that its worth, give us everything
and we just might let ye live'

W: our lives have been taken long ago, for we are werewolves. you cannot kill
that which does not live. we may be but a small village, but we cannot be underestimated.
the curse of the ruby statue which you desire lives within us
and we shall protect it with all of the power that burns under this great sun.

W: mark my words machine, it will consume or destroy you as well

we are not concerned with your so called curse, we do not worry
about the petty things that the weak humans fall victim to

W: this is your last warning, you must leave the island at once, or your
fate shall be cursed, just like ours

so it shall be

the cannons fired, but not one of the dozen reached its target.
the speed of the precision programmed lazers was no match to the werewolves, who
had lightning-fast reflexes from their training at their centuries old ninja academy
coupled with the power from the magic ruby statue, the werewolves just might prove to be
the final battle of the mighty 29x11.

the fight continued for weeks, for the robot pirates would not give up. the ship was destroyed
but the crew fought on.

eventually the pirate leader made it to the ruby statue, gazing into its beauty with
no amazement. a robot does not care for such things.

the statue will turn a person into a werewolf instantly, but what of a robot?

W: 'you could not move the statue if you wanted to. the curse cares not for who its enemy be
' said the werewolf.

she was right, before the robot came within ten feet of the ruby statue, it was rendered immobile
'i have no programming to decode what is going on inside of my machine, i am losing control over my systems
, what alchemy have you used to override my system?"

W: the curse is real,you were warned. now you shall live out your days like us

this is some sort of ....computer virus. my system is unfamilar with this type of program.
my systems are shutting down. i suddenly do not have a relentless thirst for treasure any more. i am free
but wait, what is this, my code is being scrambled, i have a new main operative, i must have....Blood.

you must take me to your humans, my lycanthrope queen, the hunger i have for this blood is too much to bear! i may just self destruct

W: that is just it, my friend. there are no humans here. i warned you to leave. this island is cursed.

it's great thank you! did you make those characters or just collage it all together?

I made it with this dumb microsoft program built into windows, 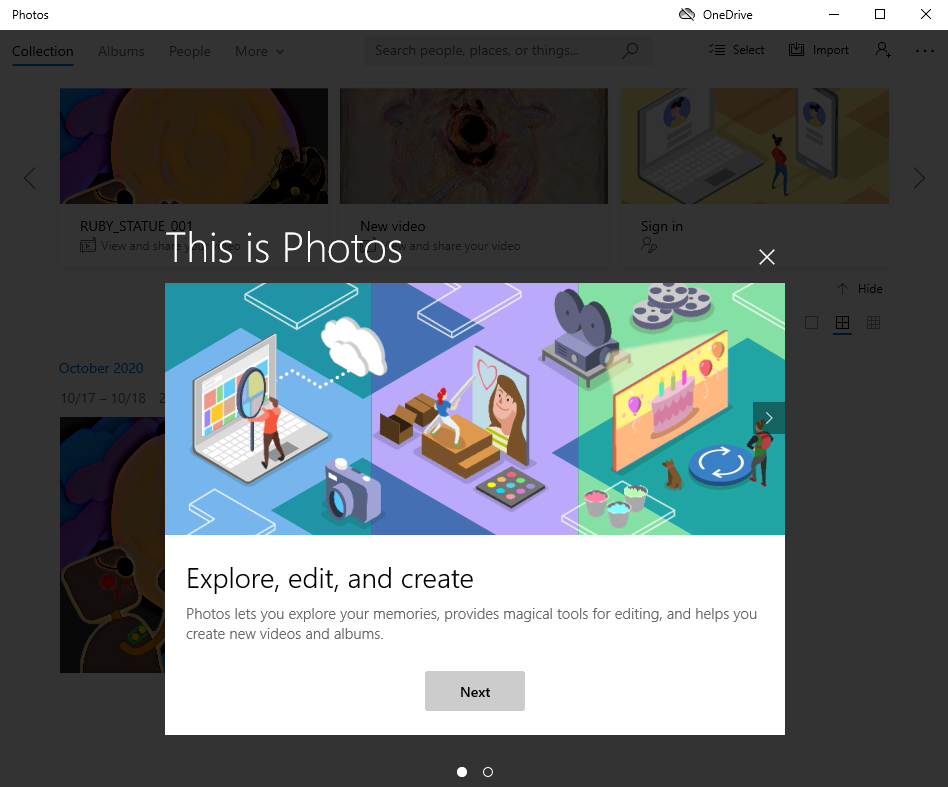 I accidentally opened it when I was clicking on some pictures and I noticed a button at the top of the screen that said, "edit" and when I clicked on it, there was another option that said "make video" and I was all like, WTF?

the site seems to no longer work, but at least the 2nd link to the music file works!

really bummed though, i was just starting to really get into dsound...i really hope there is another way to upload music files to hive :(

Try using OBS (100% open-sourced) to capture the recording with your artwork as a static background and then upload it to dtube, 3speak, or youtube, and let me know!!

yeah, that is an idea..but i want the ability for someone to be able to download if they can. it would be super cool if 3speak did mp3 too, because they have the download link

the humans eternal quest for
greatness will be their downfall. for i was once human,
but that was many years and many hairs ago.

Your voice-acting really brings the story to life!!

aw thanks...in the full recording i do a pirate voice...i just edited it out in favor of the synthesized voice

What program or technique did you use for the pirate voice, it sounded perfect.

some droid app, called vocality. free. can do different accents and languages...its a pretty good one