I'm a girl, I can change my mind #2 | FREE! Iwatobi Swim Club fanfic

korinkrafting (53)in #fanfiction • 7 months ago (edited) 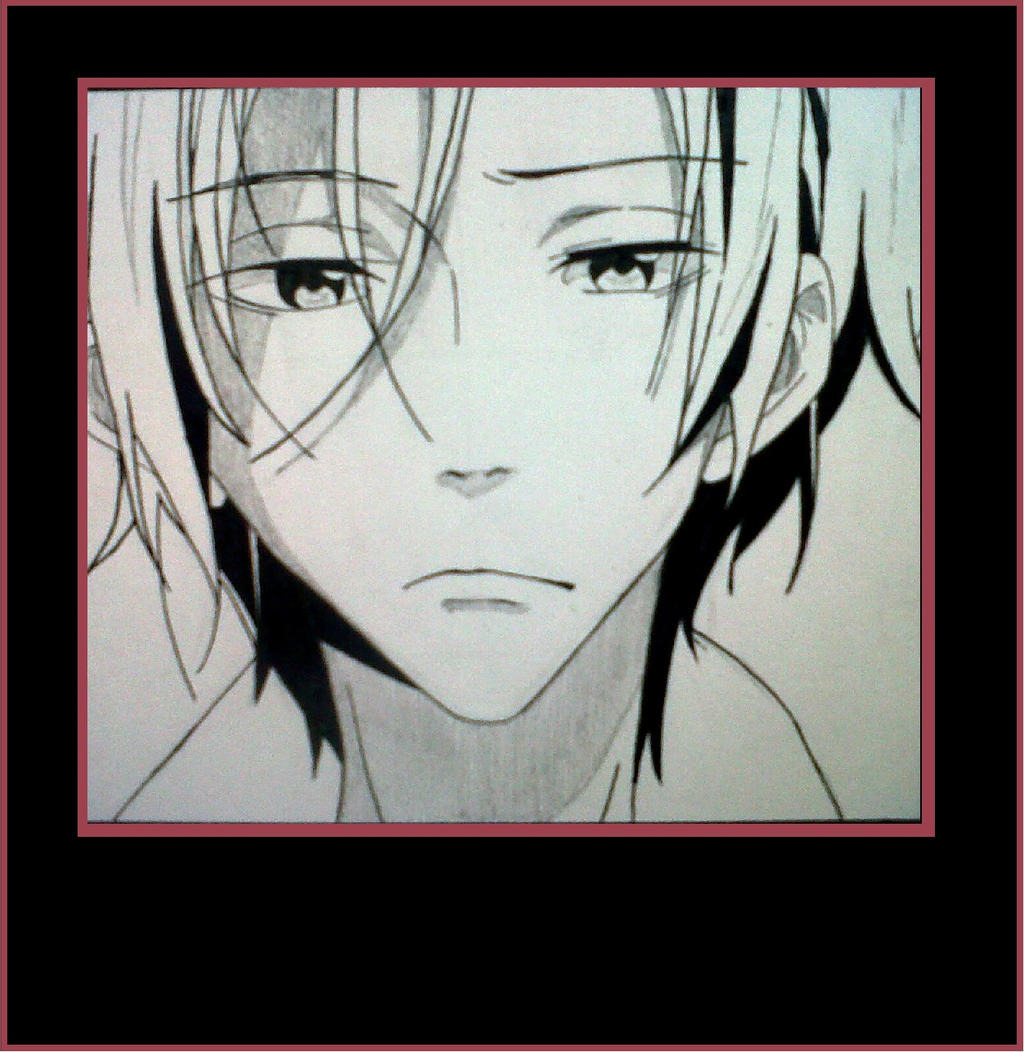 It was a quiet afternoon. Most of the students already went home, although some remained for their after-school club activities. You weren’t a member of any particular club since it was not required. But despite that, you always stayed in the classroom a few minutes after classes ended.

The silent room calms you. You would always do your assignments in school so you could just leisurely spend the rest of the evening pestering Rin or of whatever you wanted to do. While doing that, you would occasionally look at the orange-painted skies. You always loved how the sky looked as the sun was setting.

The dark skies and the flickering streetlamps would remind you that it was about time you go home but today was different. As you were about to do your homework, one of your teachers found you inside the classroom.

You scanned the room to see who was calling you. It was your music teacher. She has an uncomfortable yet relieved expression on her face when she saw you.

“A-Are you busy?” she was hesitant to ask but either way she did.

“I was about to do my homework but not really.”

“I was wondering… if you could help me…” Hesitancy was obvious in the way she speaks. However, you also get the idea that she needed help of any sort so as not to distress the shy teacher any further you said, “If you need help with anything, Sensei, I can help. Besides I’m free now.” You smiled at her.

“Really~?” She said in a sing-song tune. She was indeed your music teacher. “Then can you follow me? I need to show you something first”.

You two walked out of the school building and passed the pool where the swim club was practicing. You saw Nagisa bullying Rei as always and beside them was Makoto with his “Stop it, Nagisa” face and the expressionless Haruka.

“Aren’t you a member of any club, (f/n)-san?” The shy music teacher brought your attention back to her.

“Ah. No, sensei. There’s really nothing that interests me and I don't want to do things half-assed.” You explained.

“I see” was only her reply.

Not too long later, you two arrived in an abandoned room. Well, not really abandoned because it was just the old storage room. The teacher unlocked the doors and took out the chains that came with the lock. When the door was opened you saw piles of boxes, old chairs and tables, and other old stuff.

“As you can see, it’s the old storage room.”

“It’s pretty dusty here, isn’t it? What about this room, sensei?”

“You see, the art club requested a vacant room they can use during their club activities. The room they wanted was the room that the music club was using. I knew of this room all along and I thought that if we can clear this room and maybe do a little renovation, we can still use this. It’s separated from the school building so it won’t cause any noise to any clubs or teachers.” She explained.

“That’s a nice idea!” you exclaimed then understood why she needed help. “So, you wanted me to help clean this room, sensei?”

“Y-Yes.” She shyly replied. “You see, the music club is practicing for an upcoming competition so I’d rather not bother them. But as soon as you finish taking out the boxes and other stuff here, we’ll do the rest.”

“This is gonna be a tough job, eh,” you said as you looked around the room.

“Ooh~! This room is pretty old, huh?” Makoto said in a quite amused manner. As soon as he realized that the room was dark and releases an eerie breeze, he felt as if something cold touched his back and added “And pretty scary, huh”.

“Makoto!” you exclaimed as you saw Makoto already inside the room, “What are you doing here?”

“I saw you and Yamamoto-sensei come inside here” Makoto explained, “So, I thought I’d check out what you were doing.”

“I see. Well, Yamamoto-sensei and I were just discussing what’s garbage or not in these boxes. Soon enough, this room is gonna be the new ‘Music club room’”.

“S-so, that will be all, (l/n)-san.” the shy teacher interrupted your conversation.

“Okay, sensei. I guess this will be cleared next week. Leave it to me!”

“Thank you, (l/n). You’re really a great help. I’ll be taking my leave now, okay?” the teacher said her farewell and left the room.

“Take care, sensei” you waved to her and she waved back.

“The new music club room, huh? That’s great.” Makoto said as he looked around the dusty room until he realized, “Wait.”

“You’re gonna do this all by yourself?” Makoto asked.

“Well, yeah” you said as you carried a box out of the room. “The music club shouldn’t be disturbed now ‘cause they’ve got a competition coming up.”

“Let me help you, then” Makoto suggested.

Surprised by his suggestion, you asked, “Are you sure? I mean, I intend to do this after I’m done eating lunch and after school. You have practices, don’t you?”

“Well,” he started helping you without your permission and carried a box out of the room. “It’s true that I have practices after class, but I can help you during lunchtime. Besides, you need someone to help you with this. You can’t possibly finish all this by next week, can you?”

“Are you underestimating me, Tachibana?” you pouted at him. “Just because I’m a girl and I don’t have muscled arms like yours that doesn’t mean I can’t do it by myself.”

“No, I don’t mean it like that. What I’m trying to say is ‘two heads are better than one', right? And if we do it together, who knows maybe you can finish earlier.” He said with his usual smile that makes someone, anyone relieved.

“That smile, again.” You thought to yourself. Although when he smiled that way, you would always feel defeated. You can’t argue anymore with that signature Makoto smile.

“What is?” Makoto innocently asked as if he didn’t know what he just did.

“Don’t play dumb, Tachibana!” you said while blushing and then murmured another, “When you smiled like that, I can’t help but give up.”

Makoto heard was you just said and a blush came up to his face. While smiling, he said to you, “Well, when you’re that hard-headed I just needed to do what I just did” then winked.

That wink made you blush even more. Makoto chuckled seeing your now red face.

“Ma-Makoto! Stop teasing me, will you!”

“Okay, okay” he said. But his chuckle became into laughter. You were gonna scold him again but you just laughed with him for a while.

After a few minutes of moving stuff, it was now dark outside which signaled you two to go home. Tonight’s skies were not the prettiest. It had deep dark gray skies and there were no stars visible.

“It’s gonna rain, huh?” You said as you licked on your ice cream and head turned up in the skies.

“Huh?” Makoto, not understanding what you just said, looked up in the skies. “Ah, the skies, huh. The weather forecast this morning said that there’s a chance that it'll rain in the evening.”

“I see. Dark skies are lonely.” You sighed.

Makoto knew how fond you were of the skies. When you were kids, he would see you spend half of the day laying on the grass by the river while staring at the crystal-clear blue skies.

A few moments later, you arrived at the house of Makoto. He wanted to walk you home since it’s really getting dark and you’re a girl. He sounded like a worried father when he said that. But you declined the offer thinking that he already did so much for today and you already called Rin to come pick you up. You don’t know but when you mentioned that, Makoto’s smiling face became similar to that of Haruka’s, bearing no expression.

Makoto was cut in his thoughts, “Ah, well then, see you tomorrow and good night, (f/n)-chan”

“Ah…” was the only reply you could do since Makoto already closed the door. “Did I do something wrong…?” You thought for a while but then shrug off the thought and started walking to meet Rin.

You were cheerfully humming when your phone rang.

“Rin!” you exclaimed then dashed to your destination. “Are you there already?”

“Yeah, ten minutes early though. Be quick or it’ll rain before we get back. I didn’t bring an umbrella with me.” Rin’s words were kind of harsh but you can sense that he cared.

“Ri~n!” you waved as you ran towards Rin. “Sorry to make you wait” you said while you’re panting.

You nodded and took Rin’s hand. “Thanks for picking me up, Rin-Rin”

“I told you to stop calling me that, didn’t I?” Rin protested and sighed. “Well, ” he then let go of the hand that’s holding yours and put it on your shoulders, “…that’s what best friends are for, right, (f/n)?” he said with a smile revealing his pointy-shark teeth.

Rin really thought of you as his best friend after all.

“Makoto already treated one today so no, thanks, I’m good”

Rin could feel the muscle in his face twitch with the mention of Makoto’s name. Seems like he’s got another reason to punch the guy when he sees him.

Author's Note: The fluff is killing me. HAHAHA The next chapter will bring some heat.

This fanfic is crossposted at Steemit, Hive and read.cash