It's Friday again and this time I have some comic artists for your delectation. Comics should be massive on Steemit. It's a popular art form that is big on the web, but may not always make money. They tend to rely on ads or book sales. On Steemit we can reward them with a vote. As Steemit grows that could be a nice income each week. So let's encourage the artists who are already here and they will tell their friends.

Please support these people. Some are dedicated Steemians, but others need to see more responses to persuade them to keep returning.

I welcome your own suggestions in the comments. Feel free to do your own #followfriday posts to let others know who is worth checking out. You may want to cover other topics. If this post is over seven days old you can vote up one of my newer posts to reward me.

Spam comments may be flagged

Appreciate the call out and I know many of those you listed but there are a few I haven't checked out yet so I will make sure to stop by and give them a look! Thanks as well for taking the time to check out my blog.

Cool arts
And you forgot to mention me ;)

Well at least you are here :)

As you know I'm trying to be a good boy on Steemit so my response would definitely not of been "No I didn't." Bwahaha

i read manga for few years , sad we havent many japans here :) I thought friday is beerday ?:D

Have you found any manga on Steemit? That could be an opportunity for someone

no sadly no manga here, only some spammers just post top3 manga or manga review, no artists

I'm a huge comic fan! It would be great if Steemians could use the platform for creating original comments ☺️

Agree. It's what I was thinking when I discovered steemit last week. Also I wanted to suggest/spam @thunderbirdcomic I started following him a few days ago. He's posting a cool webcomic.

Cool, thanks for the hint. Have to check out his work 😊

Geeky guitarist.... That reminds me I have an autographed Robert Randolph guitar I'm thinking of selling... Signed by the members of The Word (not Medeski though).

Er, not sure I know them, but sounds like a cool thing to have.

Randolph is quite a legendary player.
The Word is a project of his.
https://en.m.wikipedia.org/wiki/The_Word_(band)

That's great effort in the shape of #followfriday. you are right sir, that we should support these comic artists to appreciate their skills.Thanks for this initiative. 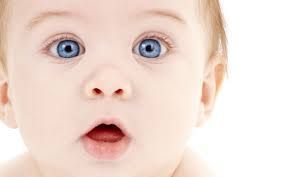