Power of Yuk! Diary of a compost heap - week 9

Well there was a break in reporting on the heap as I just had too many other things going on. The weather has been mixed, but fairly rainy and cool over the last weeks, with the odd hot and sunny days, but certainly not a great summer.

So lets remind ourselves of the state of play a few weeks ago: 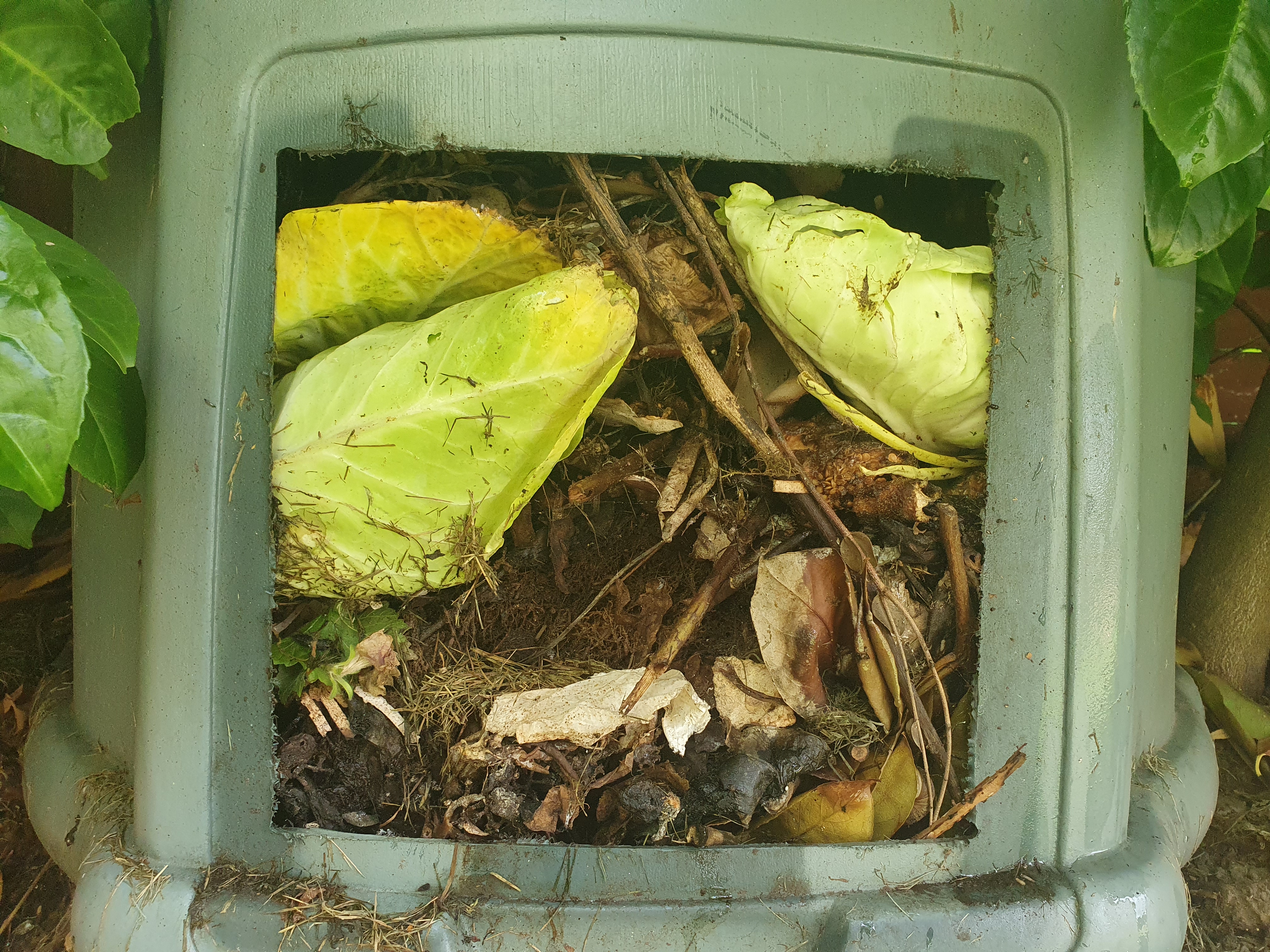 Some new cabbages that had gone past their best had made it down the heap somehow, but otherwise its was looking pretty normal compared to weeks past. 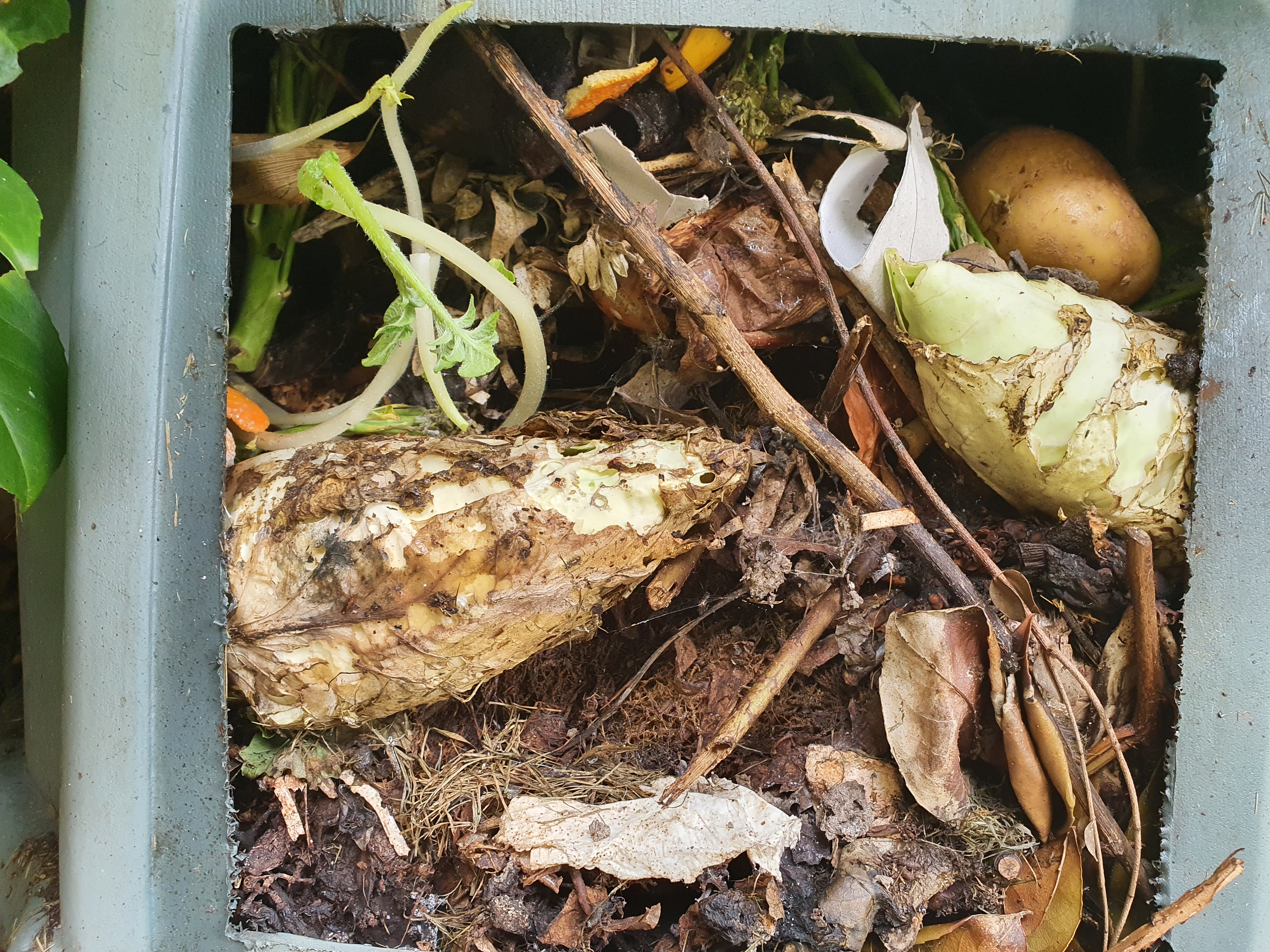 Well well, the cabbages are slowly being eaten I think, rather than directly rotting, and we seem to have a sprout of something trying to grow out of the front of the composting bin! I suppose that is good news in the sense it must have enough nutrients to manage such a feat. I suppose this is the problem of a "cold" compost, there isnt enough heat to kill seeds and such, but an over-winter should probably do the trick.

I often have things grow in the bin. They must just get enough light. Good compost takes time. I think it helps to have a good worm population, but I don't get them in all of mine.

We've sorta started a compost... bag so to say. It basically dump most of our food waste in a plastic bag atm, we do have an old bin we plan to use as a compost bin but haven;t gotten round to it. Been a busy week.

Listen to steevc, you need worms :)