The Lord Our God 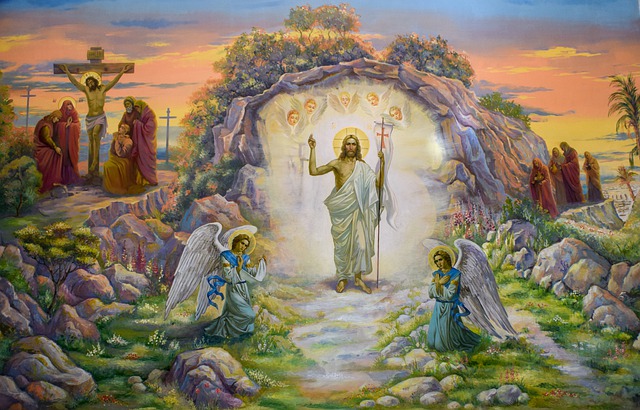 The Lord Our God

The Lord our God is written in Hebrew as Yah-Hovah Elohîm (יהוה אלהים). Yah-Hovah is spelled in Hebrew as Yod-Hei-Vav-Hei. In modern interlinear versions of the Bible, it has been deliberately misinterpreted as Yahweh. Yahweh is the Satan that has been deceiving humanity for ages, for Yahweh is the Chief of the Black Lodge; he is the known perpetrator for the temptation of the Lord Jesus Christ, the crucifixion of the Lord Jesus Christ, and the direct cause of failure in human evolution. Now, Yahweh is locked in the bottomless pit until the Age of Aquarius expires. Let us look at the word Yah-Hovah Elohîm closely, ladies and gentlemen.

Yah-Hovah (יהוה) is Lord in Hebrew. The word Lord symbolically relates to the Holy Cross. When we split the word Yah-Hovah into two words, we see “Yah” and “Hovah”. Yah (or Yod) is masculine and represents the phallus. Hovah, Havah, Hevah, or Heve is feminine and represents the uterus. Yah is the man, and Hovah is the woman. Yah is the vertical line, Hovah is the horizontal line. When these lines unite, they create the Holy Cross. It is also urgent to see how Yah goes first before Hovah. Because Yah represents man, it is synonymous with Adam, representing the brain. Hovah goes next as the woman (or Eve) represents sexual energy. So, Yah-Hovah means that the brain must dominate sex, where scientific chastity is performed. This is the name of the Lord.

Whosoever inverts these two words as Hovah-Yah, it is translated as sex must dominate the brain, representing fornication. Instead of Yah-Hovah or Jehovah, the word becomes Chavajoth. Chavajoth is the antithesis of Jehovah. In the Conjuration of the Seven, the first stanza is written: “In the name of Michael, may Yah-Hovah command thee and drive thee hence, Chavajoth (or Hovah-Yah)!” Chavajoth is quite literally a disciple of the Black Lodge and the director of the negative ray of the moon. His rival brother, Jehovah, is the director of the positive ray of the moon. Whosoever inverts these two words into Hovah-Yah is taking the name of the Lord in vain.

What is Elohim (אלהים), ladies and gentlemen? It can be translated as God, but the translation is more profound than most people realize. Starting with Genesis 1:1 it reads: “In the beginning, God creates”. It is also translated in Hebrew as Bereshît Bera Elohîm (בראשית ברא אלהים). Elohîm is a plural word. It is best to look at the word: Elohîm. Like Yah-Hovah, Elohîm can be split into two words: El (אל) and Elah (אלה). El is masculine and the Hebrew word for God. Elah (or Eloah) is feminine and the Hebrew word for Goddess. Because Elohîm is plural, Elohîm is Hebrew for gods and goddesses, male and female. To conclude the common translation of Genesis 1:1, it goes by the following: “In the beginning, Gods and Goddesses create.” In the Zohar, it reads: “In wisdom, Gods and Goddesses create.”

Behold, Yah-Hovah Elohîm is not simply the Lord God or the Lord our God. Yah-Hovah Elohîm is the Lord of Gods and Goddesses. Yes, my friend, there are Gods and Goddesses in high places. This is where we enter the realm of monistic polytheism. Every ancient civilization before the arrival of Christ was aware of monistic polytheism. Yah-Hovah reminds us of the Lord Jesus Christ, the Chief of the White Lodge. Jesus Christ is the King of the Kings, Lord of the Lords, and Shepherd of Shepherds.

In order to incarnate the fire of the Christ, it is urgent to practice the immaculate knowledge, or the Arcanum A.Z.F., with one's own spouse daily. This is the law. In order to become a Christian, it is urgent to deny himself of all psychological aggregates he carries, then take up the cross with his wife, and follow Christ by sacrificing himself for others.

So, Yah-Hovah Elohim is the Lord of Gods and Goddesses. Yah-Hovah is Lord. Yah-Hovah is both male and female. Whenever man and woman unite themselves in immaculate knowledge and true love, they become Lord and Lady. From there, may the Prefect Matrimony blossom from earth reaching upon the heavens. Upon the awakening of all seven churches, both man and woman have the right to be called King and Queen of Nature. With immaculate knowledge, both man and woman destroy their “I”s and give birth to Jesus Christ from within.