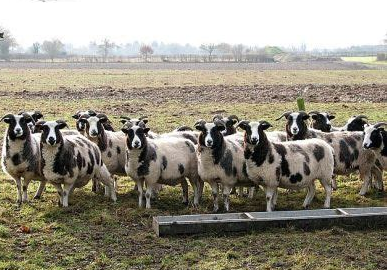 Last week, we saw Laban responding favorably to Jacob's idea of earning a flock the same way he had earned his wives.

This week begins the start of "cheater wars" where each of the two deceptive men sets their sites on the other to come out ahead. Laban takes most of the flock that Jacob wanted, the striped and spotted ones, and sends them far away to be cared for by his sons.

Then Jacob starts putting striped poplar branches near the flock when they breed in order to produce striped lambs. Laban had already admitted that Jacob was prosperous because God favored him. Jacob's trick will only prove what Laban already knows. But will this cause strife between them now that Jacob can keep the striped and spotted animals that they both agreed upon?

But that day Laban removed the male goats that were striped and spotted, and all the female goats that were speckled and spotted, every one that had white on it, and every lamb that was black, and put them in the charge of his sons. And he set a distance of three days' journey between himself and Jacob, and Jacob pastured the rest of Laban's flock. 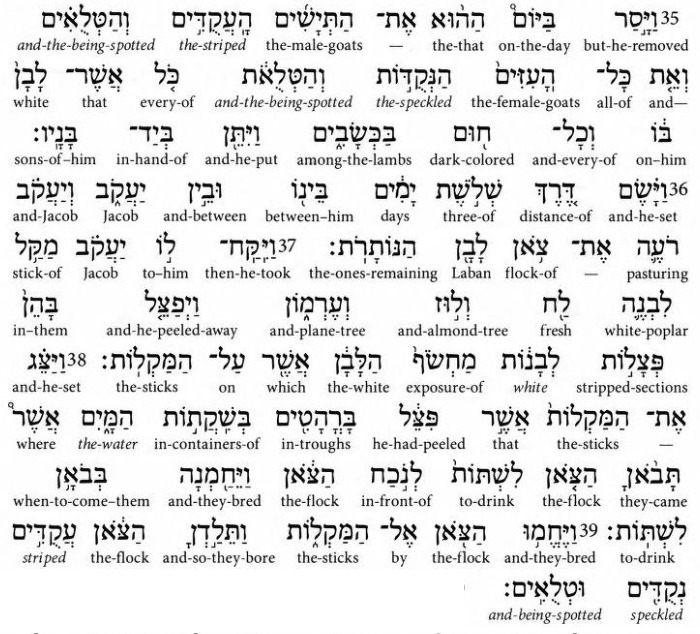 The story continues next week as Jacob's flocks grow in number...

Info on each letter starting at the beginning

If you are just starting, my lessons are all here starting at Alef, adding vowels (the dots and lines) as we go. I explain the meaning of each letter and its numerical value. Just go to my blog and scroll to the bottom or click here

Get your Hebrew Bible now!

Click here to obtain the book we are using. It is a free download or browser usable.

I am also on read.cash now.