The theme for the HIVE Open Mic Week 15 is "The key of C". And that's the perfect excuse for me to practise and perform this little gem of Johann Sebastian Bach. Although, most scholars believe that this piece by Bach, was in fact not composed by Bach. Though they were attributes to Bach for over 200 years, nowadays other people are mentioned as possible composers, Like Tobias Krebs or his son Johan Ludwig Krebs. Both possibilities are however, not very convincing.

Whoever wrote it, it is a lively, spirited piece, that is a joy to play. It is perhaps ironic that Bach's most famous organ works, like this one ánd the famous d minor Toccata (you know, ta-da-daaaa) were not composed by Bach.

Though this composition starts and ends in C major, it visits a lot of other keys in between. Classical music never stays long in the same keys, it constantly shifts and modulates. With the notable exception of Ravel's Boléro, which stays in C major for more than 10 minutes. The sudden switch to E major near the end of that work then comes as a shock.

Nothing dramatic like that in this Prelude. It starts in C, modulates to G at the end of the first half, has a short episode in a minor in the middle and then returns to C major. All very straightforward. The fugue follows the exact same pattern: C - G - a - C.

The recording was done with the Hauptwerk software and the sampleset, made by Sonus Paradisi, of the Hinsz organ in the Reformed church in the Midwolda (http://www.sonusparadisi.cz/en/organs/netherlands/midwolda-surround-sample-set.html).

I know the payout already happened, but this is great! My dad plays organ as well, used to play professionally all over Southern California at some big churches, before I was born. He just plays for fun now at home, has a huge organ set up, tons of speakers haha. I'll show him your videos!

It's never too late for some feedback, so, thanks!
Your dad could record something and post it here on Hive. There's quite an active organist's community here.

Wow I didn't know that! I'll have to talk to him about it. Maybe I'll record it and share it on my account initially!

Oh yay, you're back! What a treat hearing from you today. I like the way you show the notation as you're playing it–I think it's a good way to get to know standard notation, by seeing it and hearing it at the same time. Always appreciate a learning opportunity, thanks.

And thank you for your history here. I was just chatting about the fact that some individual artists are actually artist collectives (many artists), who selflessly add their works to a shared pot, under a shared name. It's been suggested that some of Shakespeare's works are this way–written by others under his name. I wonder if this is why people used to attribute this piece to Bach? 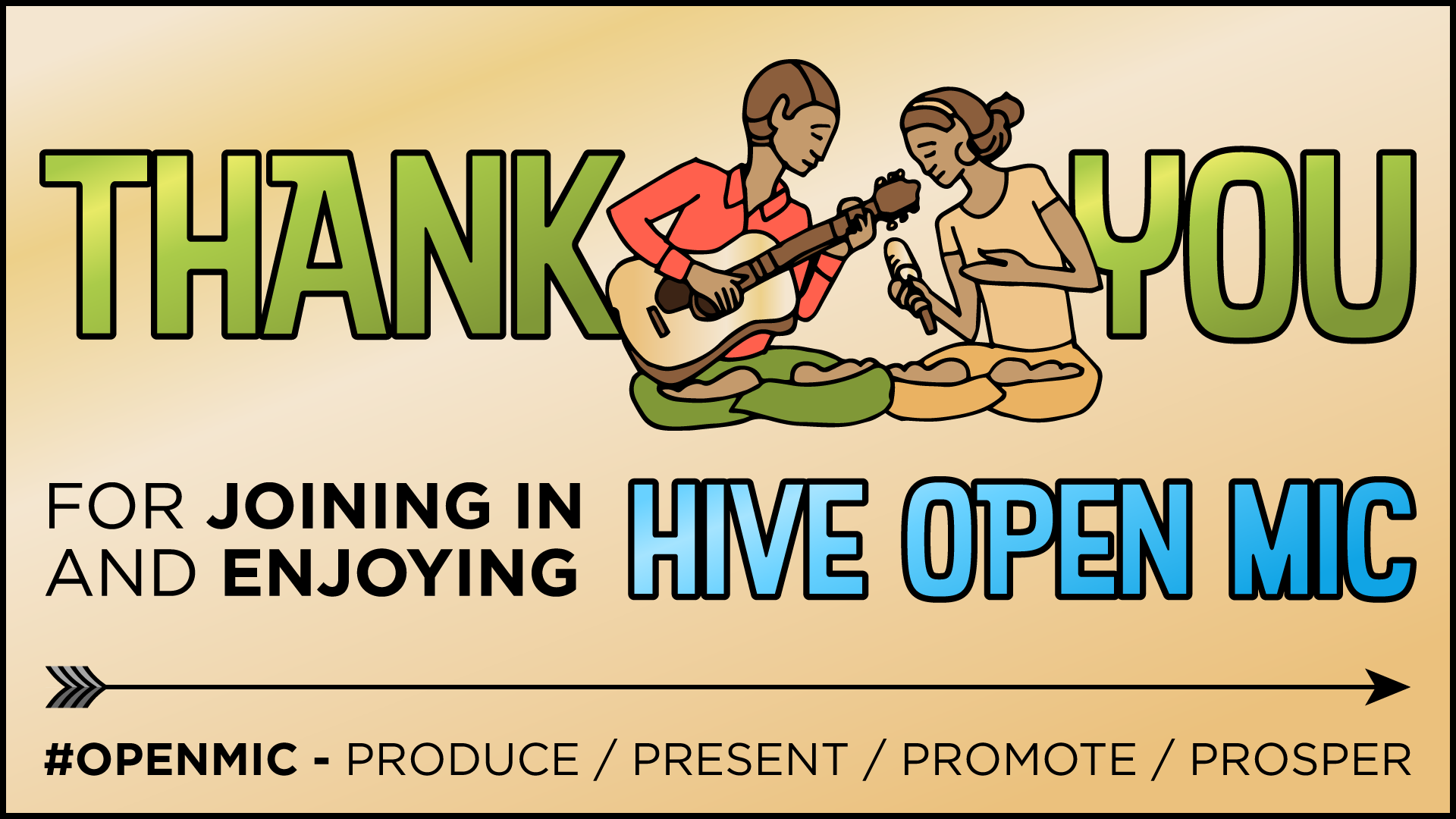 Thanks for your insights. I'm grateful for your support of Hive Open Mic over the weeks. Thank you very much.