arseniclullaby (67)in The LIFESTYLE LOUNGE • 2 years ago 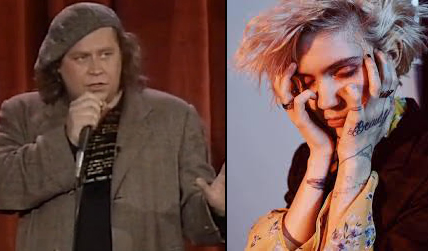 Put your thinking caps on here people because we're gonna give our I.Q. points a run for their money...we're talking a bit about 90's stand up comedy, 2020's music, and quantum string theory all in one mix. Good luck finding a discussion like this anywhere else, eh?

First, I'm pretty dismissive of a lot of these scientific theories on matters we can't possibly ever prove. For instance, the theory of alternate realities/parallel universes. This is a notion that there are infinite parallel dimensions that have each split off at different moments in time. A Universe where you got married at age 22 and one where you died at birth...an so on.

Because, while the universe may be infinite, matter is in NOT and it is tangible, same goes for energy, several of the laws of thermal dynamics completely contradict such a theory. Do these alternate universes contain matter? yes? then where the fuck did this matter come from? infinite big bangs? It just appears from no origin at pivotal points in history? It is complete nonsense, first conceived of by sci-fi writers, and backed by mathematical equations that actually prove nothing. I can give you a mathematical equation showing it is possible for an elephant to fit in my garage...does that mean there is an elephant in my garage? no...no it does not. It only proves that one could. and IF there were multiple big bangs...those big bang would ALL have exploded into the same nothingness...so they would have NO ...NooOOoOOOooOoo... alternative factors affecting them. you would have multiple EXACTLY THE SAME universes.

This clip from Agents of Shield is as good an explanation as any...

That might be kinda tough to get your head around, but the core premise is....that everything has already happened and nothing is changeable.

This is not only mathematically possible but solves many paradoxes, such AS...me doing something that I knew flat out was a dumb idea. I even said to my buddy Roman "this is a bad idea" and we both laughed...and then I did it anyway. I ...did it...anyway. Only the reality of "space time" could explain this...well that or I'm an idiot. So...let's explore the space time theory instead of the I'm an idiot theory.

See, not only am I very wise (as many of you full well know to be an observable truth) , but my I.Q. has been tested several times and I am, in fact, just a few points shy of being a genius (perhaps a good nights sleep and a fish oil tablet before taking the test would out me over the top, that's how close I legitimately am). and yet...I did that thing, knowing it was a bad idea, as though I am a co-pilot in my own brain...only able to watch and comment. Such an outcome is bizarre, defying logic, defying even my own personality type, and the tendencies that are inherent to it.

SO...the only explanation would be that it already happened. My consciousness is re-viewing a portion of that space/time which is unchangeable. It is not my fault, because I already did it...which, admittedly, is a paradox...UNLESS. our consciousnesses exist OUTSIDE of space time...meaning that events and consciousness would be unconnected, un-tethered somehow. and isn't THAT an interesting notion? I find it to be a more interesting possibility than I am just an idiot.

All of existence/space time is some kind of dimension that our consciousnesses are visiting, we can feel, think, plan, make determinations...but in the end are unable to do anything but be along for the ride in a life of decisions that have already happened.

I then noticed a curious synchronicity that lends to this idea. I stumbled across an old Sam Kinison stand up segment somehow, when I was actually looking for this Grimes song.

Now Kinison was a pretty big stand up comedian in the early 90s...which was a different era in a couple of ways...

First the tried and true "observational" type of stand up comedy (making fun of tv commercials or telling a funny story about going to the gas station) was being superseded by a style that was more character driven. The popular stand-ups were getting laughs from being almost character actors. Weird wild personas were at the forefront and the premise and skilled joke telling/ structuring/writing was second. Some were very good at both (look up old Emo Phillips stand up routines once, for an example of someone who excelled at being a bizarre personality and a skilled joke writer)

...Second, it was an era where...oh...things were less politically correct, let's say. You could listen to Kinison now and say he sounds pretty...possibly...misogynistic? homophobic? but back in that era, when the world was less woke, you'd listen and say...well...actually he seemed pretty much all those things EVEN then, LOL. But no one really cared, because no stand up comedian was going to have any affect on anything and everyone knew it, including the comedian. This was before the internet, a comic would tell some jokes in a club or on HBO, people would laugh or not and that'd be the last time you heard from him or thought of him for a year until he or she had 45 minutes worth of new material for another HBO special. They were jokes that had little to no reach or lifespan. Is that better or worse than comdeians having a constant affect on the culture? I don't know. For the sake of this discussion, it does not matter AND thinking the worse of Kinison is actually going to perhaps help to larger point because of the contrast with Grimes.

What kind of person Kinison was, I don't know. I never met the guy and I can't say I'd be a good person to answer that because...I was never a big fan. I honestly, even then, never thought he was that good. He just wasn't a good joke writer. He lived off of getting laughs on shock and not on a funny clever premise or good writing. So looking back now, it's easy for me to say he could only have been big in that era. hmm...am I....am I saying that "woke culture" is actually in some way helping comedy?! Because it's eliminating the ability to get laughs on shock alone?

Uhm...hmmm...I think I am saying that. As completely out of character as that seems for me, I think I am saying that. While it is doing some suffocating, it is also pruning the dead branches a bit. Arsenic Lullaby is, by anyone's standard "edgy" and has a good amount of "shock value" but none of it is shock for the sake of shock. Every gag I do is meant to be clever and based on an absurd premise...it's not living and dying just by delving into subjects that are taboo, because I think that's lazy writing and even worse...not funny.

So...yeah...to a degree woke culture is helping comedy advance. I said "to a degree". This business of lopping off heads because something can be interpreted as unwoke is poisonous, because "who" exactly gets to determine that? Some cases are obvious, others are not. I guess were to draw the line is a discussion for another time, or something w each have to decide for ourselves.

Anyways...I'm specifically using Kinison, KNOWING how he comes across in this day and age because he's about as far off from Grimes as you can get. I'd say the only thing these two have in common is that they are performers ( or were...Kinison died, stay off of drugs kids) and both like doing drugs ( uhm,..let's just keep moving forward).

Grimes is, in my estimation, a brilliant innovative musician and clearly as forward thinking and enlightened as Kinison was resistant and belligerent. Grimes is grace and poetry and Kinison was a ranting, shouting hurricane.

We all clear on the who's and why's? Good. Back to my point, which was they were both in many cases, saying the same thing.

In Kinison's stand up rant he says 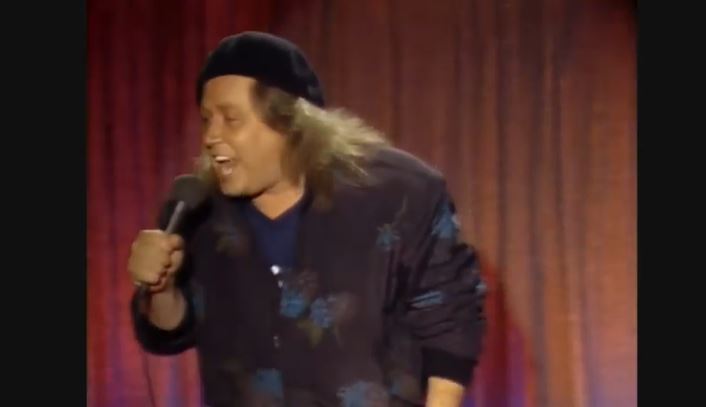 "I've been in love nine fucking times...nine fucking times ladies and gentleman. And I fall for it every time. Every...fucking...time" and the crux of that rant is about how he never learns, how even though he knows he's about to cause himself harm he proceeds anyway for reasons he cannot understand. 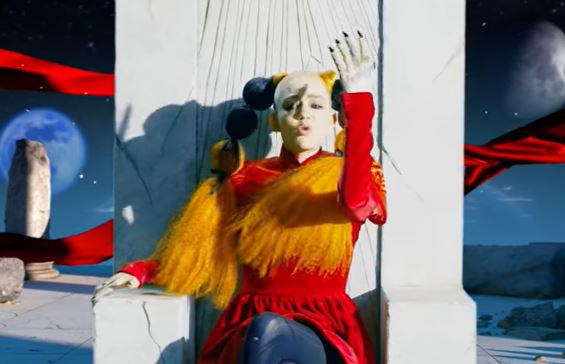 "To fill my life with permanent gloom...I can't see above it, I guess I fucking love it but oh...I don't mean to"

Can you see the parallel message/lament?

They were looking at mistakes and regrets and aspects of their life that were/are chaotic/messy, that they knew even at the time to avoid, but didn't. And while Sam was aggressive and ranting and Grimes is thoughtful and bittersweet, they both boiled it down to-this is for some reason my lot in life. Both have a hint of feeling as though they are a helpless onlooker, only a copilot or advisor to their own life, which is continually ignored.

IF...the theory of space/time is true, and IF my notion that perhaps our consciousness/souls, are tethered to our lives, but not to space time itself, meaning we are in fact only watching, but not truly aware that we are only watching...then these two creatives pontificating on their lives through the lens of being on the outside looking in, makes a chilling amount of sense.

Chilling, because other creative minds/souls often express this notion. IF all this theory were all actually the case, if would only make sense that creative souls/minds that see the world deeper, differently, are by nature a bit separated from the perspective of their fellow man, would be furthest on the cusp of noticing that their lives seem to be choosing it's own path despite the wisdom, insight, and wants of their conscious mind.

If everything has already happened, is unchangeable, or more accurately...there is no such thing as "happened, or will happen" everything just ...IS... and the mind/soul is experiencing it, moving in and out of it, rather than having an active role, certainly the creatives would be the most likely to have some sense of that.

Which brings me back to Kinison and Grimes...who are absurdly different in every aspect except this- they are both visceral and passionate, creatively. Much of what each of them does relies heavily on instinct...and who's song / comedy routine, as the case is for each, is worded as though space/time was fact...even though I doubt either of them gave it a seconds thought while doing the writing.

This of course creates the question- if space/time is fixed, how could even those who could/can sense the inevitability of destiny be able to document that through creative work? My only thought on that is, at one point there was nothing, there was no space/time...then there was. Perhaps some, those in question, at the duration of its creation were able to, even as it gelled, question it and struggle against it just enough to wiggle their will through it. Not enough to alter any course or change the depth completely, but enough to leave a flaw as the surface dried.

for now...give this song a listen with, for the sake of argument, acceptance of the theory of space/timel...everything happening has already happened and some of us are able to sense that...this is pretty much how someone trying to reconcile that would phrase it, is it not?

anyways...these are the things I think about while staring at a drawing table.

@jaynie In it's own bizarre way I felt this was inspirational, but if it's too off the path lemme know. I was just going to post it direct to mine, but thought the lifestyle ppl might enjoy to odd take on life. ;)