nnurdiani (64)in Foodies Bee Hive • 3 months ago (edited)
In some countries, winters are severe. For Asian countries it might have a rainy season. Cold became the people's need for warm food. Soup is one of the ingredients that can be prepared in the winter or the rainy season. 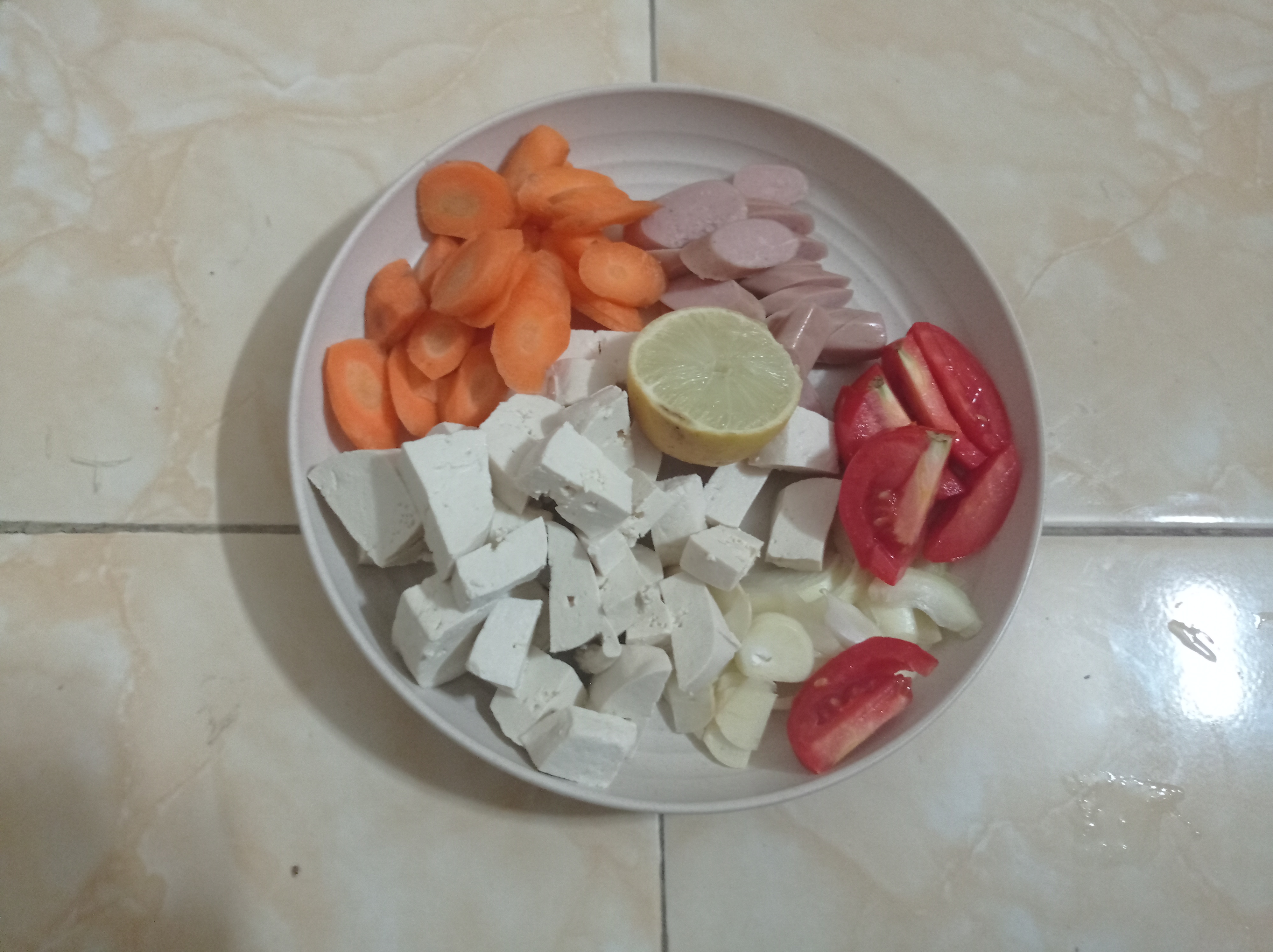 Picture By Nurdiani Latifah
However, each country has its own distinctive feature in serving soup. I'll tell you the story. Thousands of years ago, humans were unfamiliar with the instrument of cooking. Moreover, a container for boiling water. It is estimated that humans would have used a waterproof container made of earth or animal skin over 9,000 years ago. Then, it is estimated that the soup was first discovered 8000 years ago. 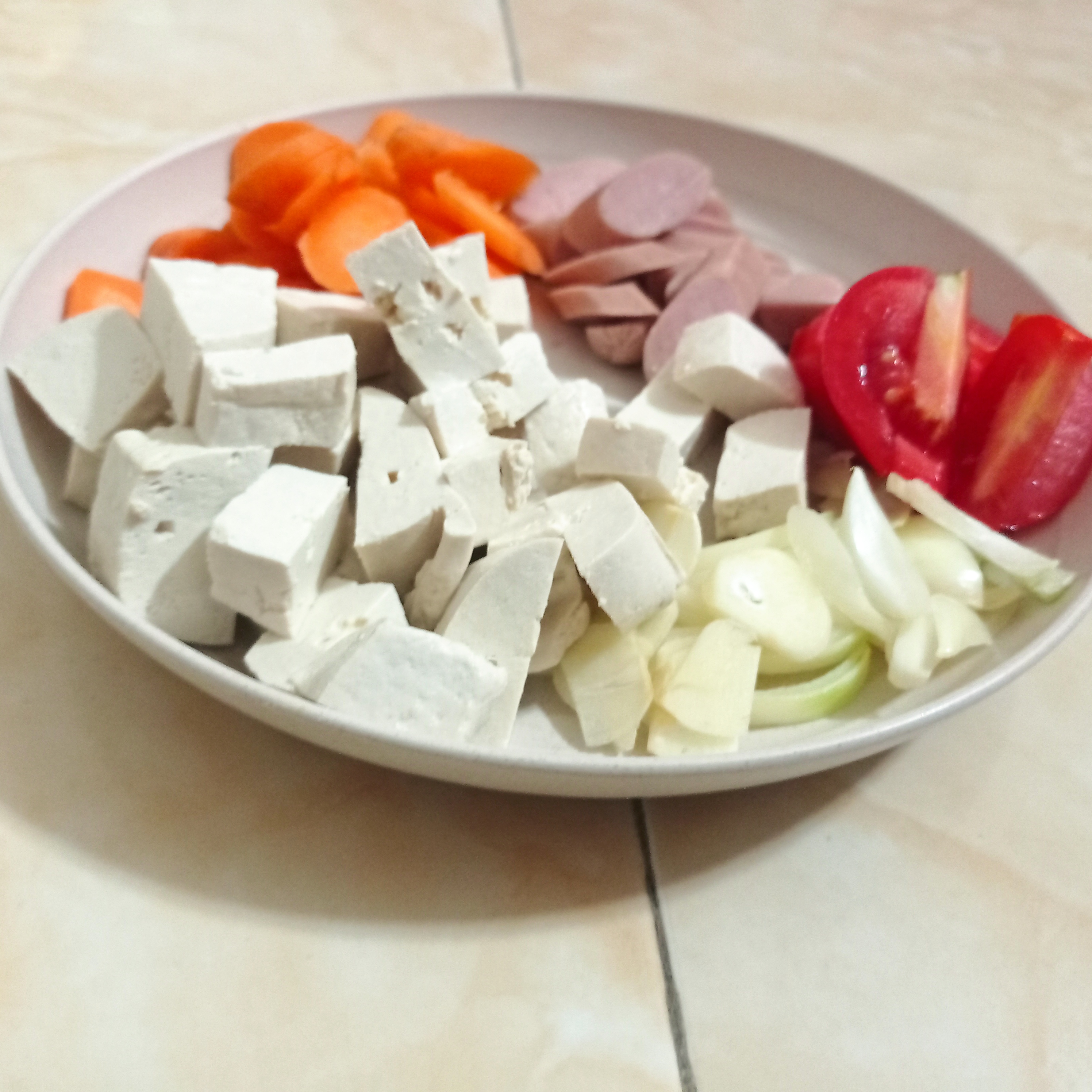 Picture By Nurdiani Latifah
Soup comes from the French: soupe or suppa. In classic Latin soup is called suppare whose water is soaked. Bread is an ingredient for making soup. Bread soaked in sauce. Then, in the 17th century, it was served with toast or now known as croutons. In the past, soup was eaten with toast. The thick gravy from ancient times is perfect for eating with toast. 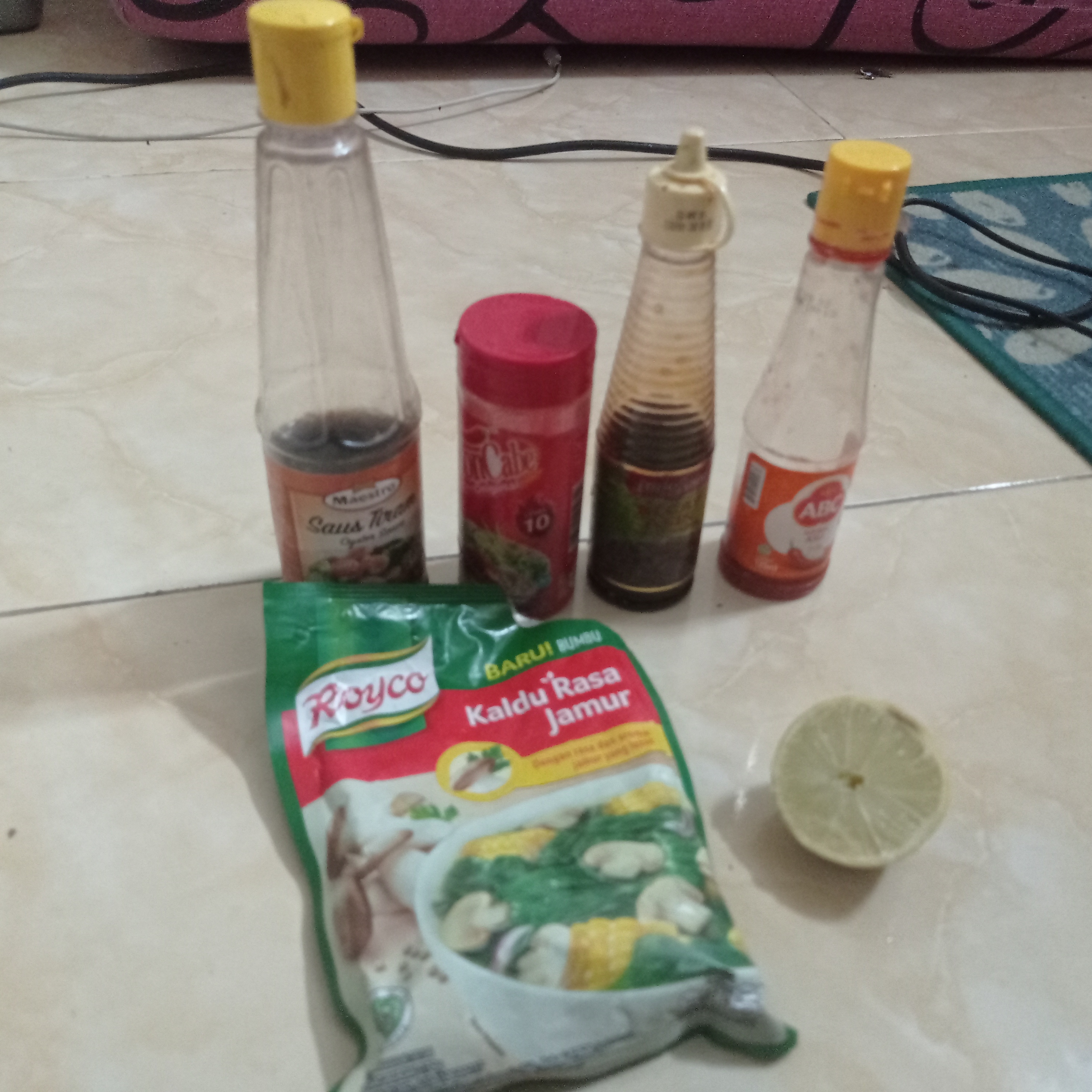 Picture By Nurdiani Latifah
However, today the soup is growing. No longer eaten with toast. In the past, in some countries there was a special soup eaten by nobles. For other people, soup is only eaten at dinner. however, cooking began to develop. It wasn't until the early 18th century that soup with clear gravy was invented. Soup was trending at the time. 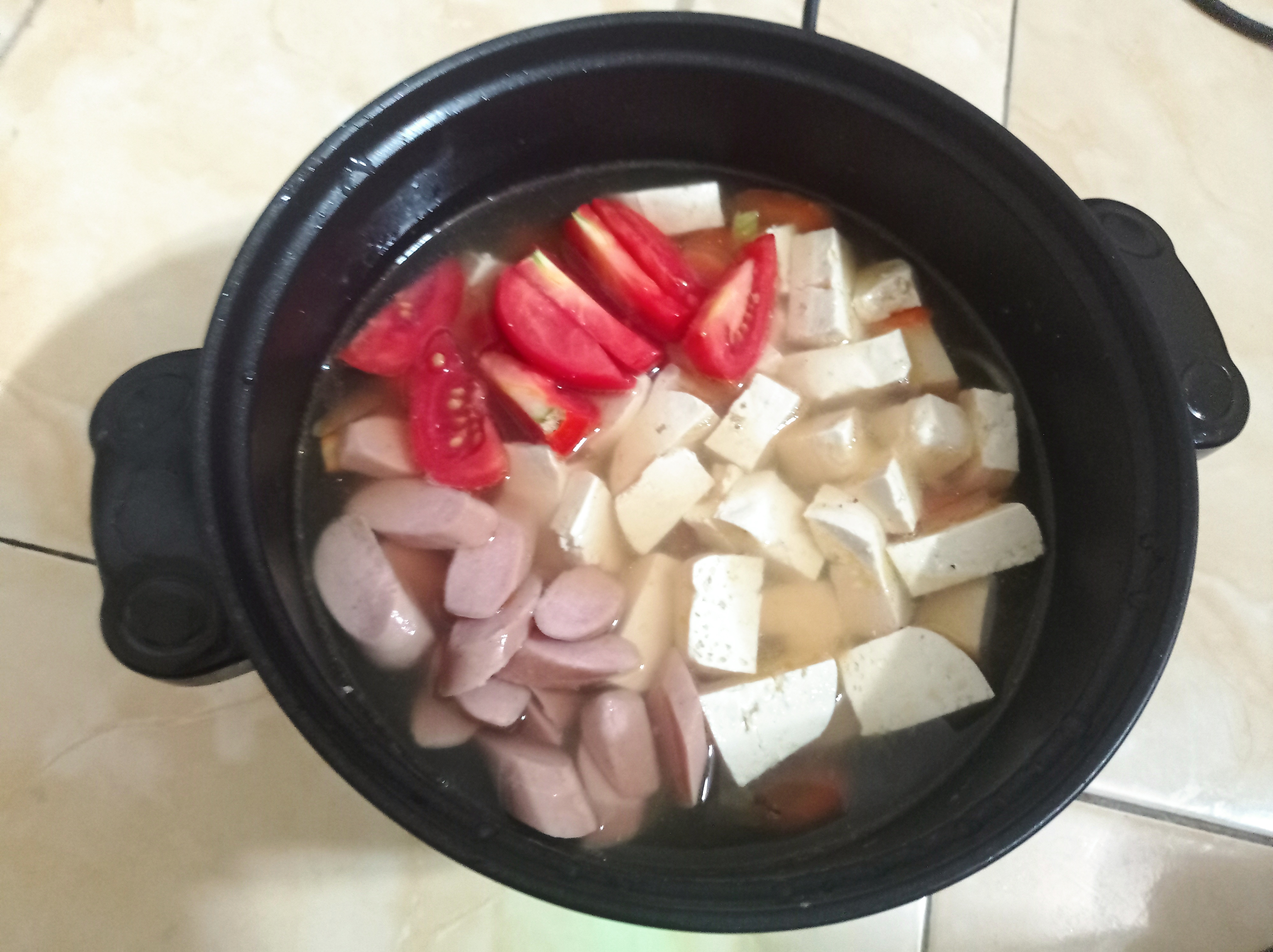 Picture By Nurdiani Latifah
Currently, the soup is growing more and more. Various ingredients, herbs, or spices, are often added to soups and are more complex and according to your taste. Today, I made soup. This is tofu sausage soup, how to make it very easy. Perfect for busy people. 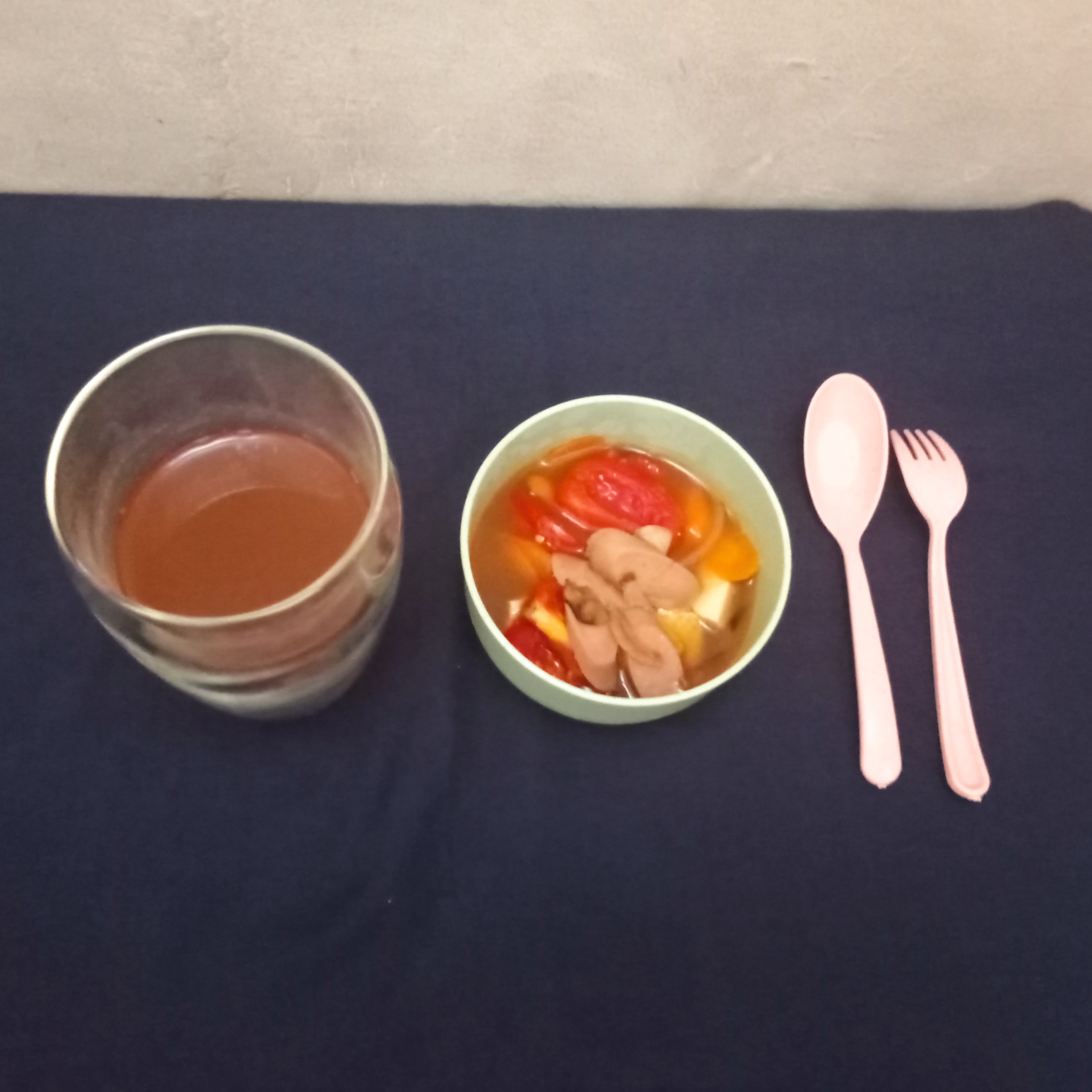 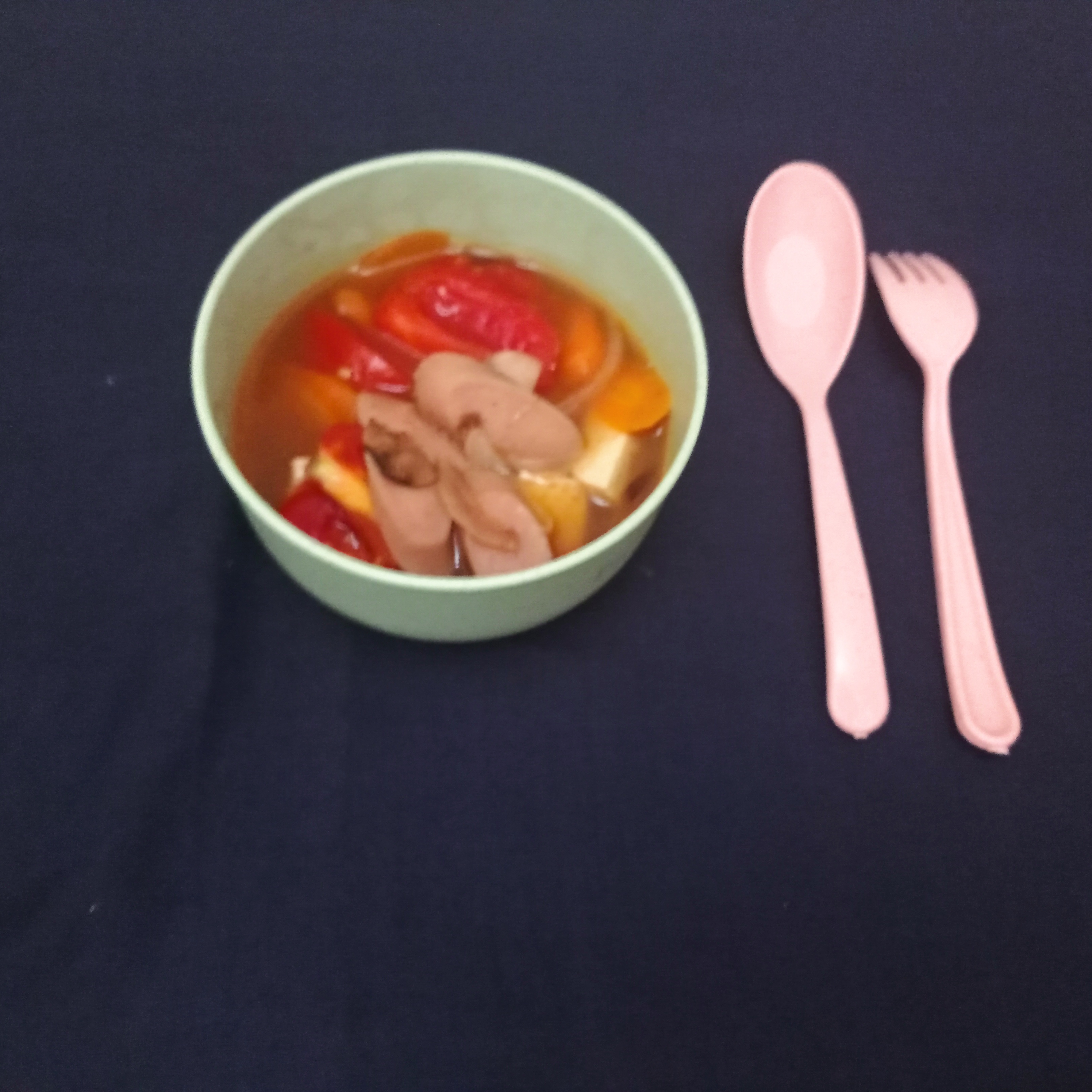 Picture By Nurdiani Latifah
How to Cook

1#. Wash all the ingredients that will be used. Cut out all the materials used.

2#. Heat a frying pan and add a little oil. I use canola oil. Add the onion and saute until fragrant.

3#. Once fragrant, add carrots and mix well. Wait for the carrots to cook a little. And then water again.

7#. Once cooked, the gravy is ready to eat. You can add rice at mealtime. 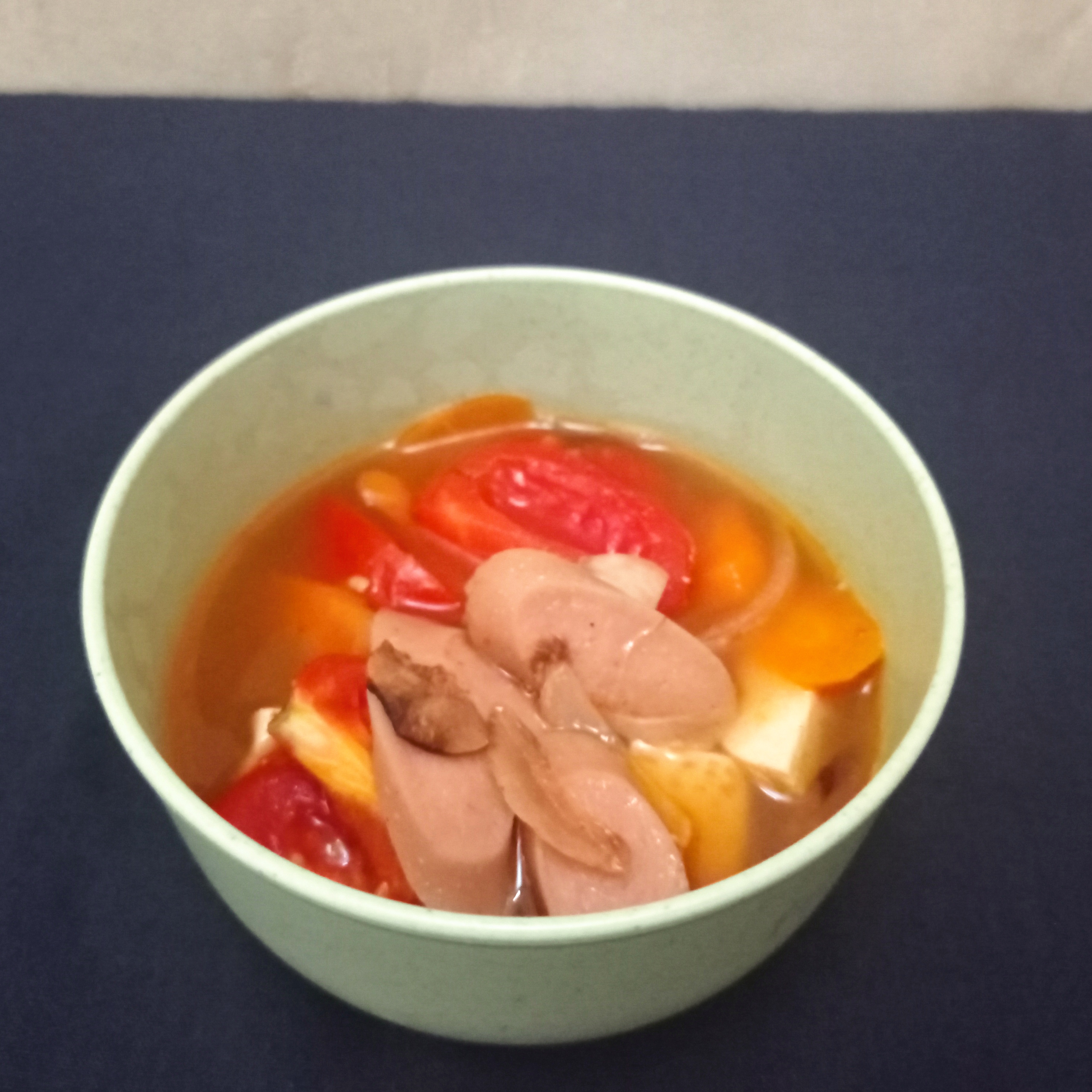 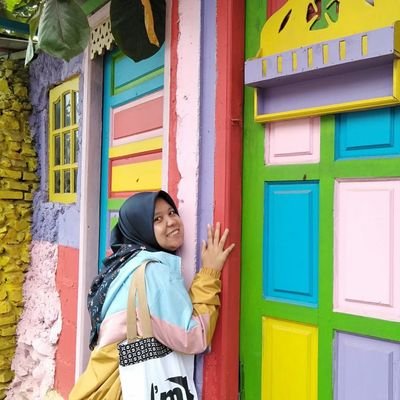 My name is Nurdiani Latifah. I currently live in Jakarta – Indonesia, after 25 years I live in Bandung. I am a media staff at an NGO in Indonesia. I have worked in this institution for almost 2 years on issues of women and peace. I had been a journalist in Bandung for 3 years.