I think it's hilarious that my picky-eater father, who picks the beans out of his chili, likes the flavor of mushrooms but not the texture, and refers to vinegar (and anything containing vinegar) as "evil," likes to have lavender and rose water in his desserts. But at least we're on the same page there.

To honor my dad on his birthday, I've compiled a list of ten things I've learned, directly or indirectly, from him over the years. 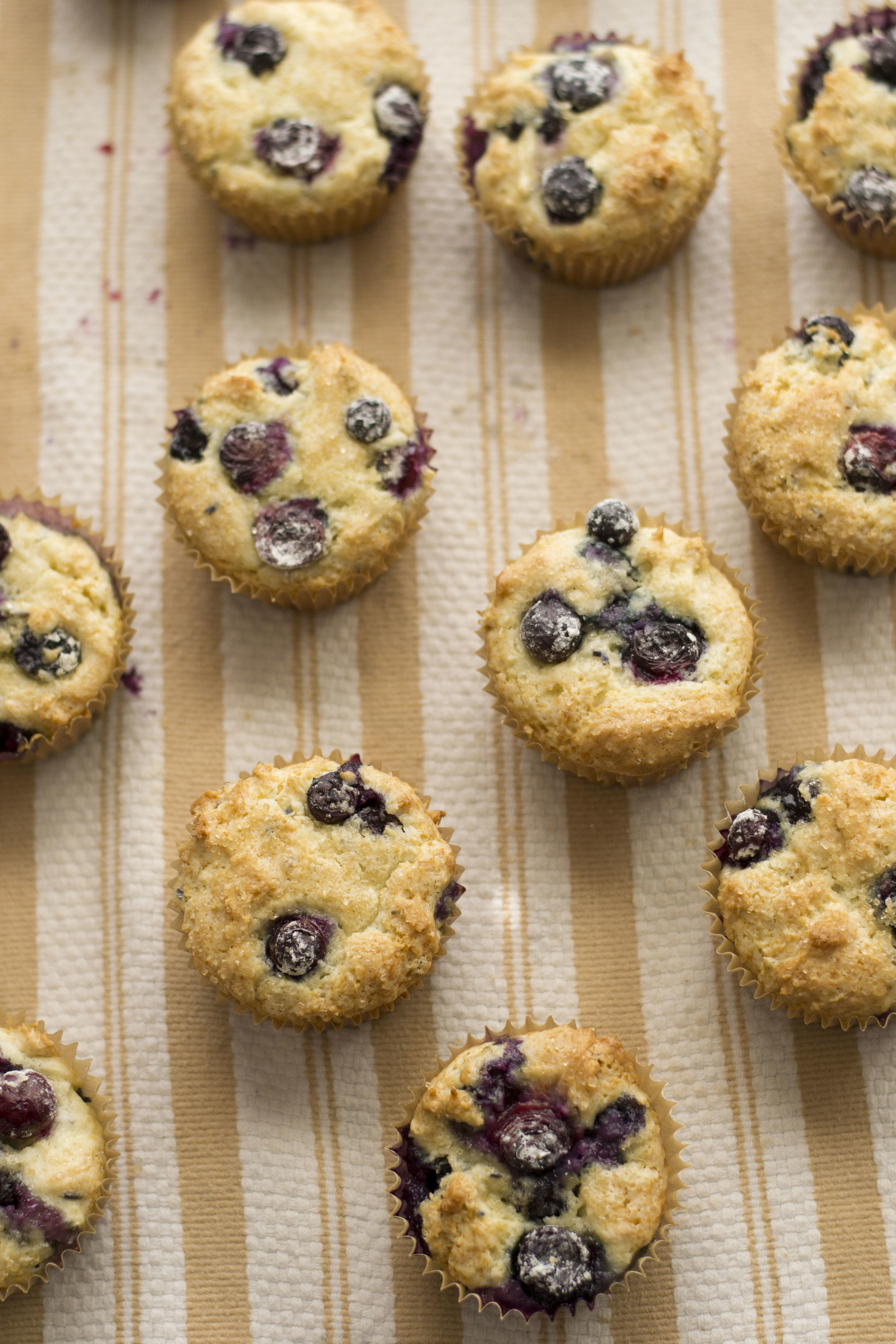 1. Your life is basically a musical. For my entire life, my dad has been singing, humming, and whistling pretty much whenever he isn't speaking or sleeping. He has a rotation of about 10 songs that, as far as I can tell, have been stuck in his head since he was 15. He has even written several nonsensical songs to describe various life happenings. (There's one called "Naked Man." Don't ask.) As a result, I never underestimate the power of song to make myself feel better.

2. You gotta laugh at life. That is actually a line from one of the aforementioned songs my dad wrote. (The verse ends with "Laugh until you pee," obviously.) But as ridiculous as that song is, I think this is something my dad truly lives by, and something I try to take to heart. I'm a little more high-strung than mi padre, but sometimes you do have to laugh at life. If I notice how ridiculous and funny the world around me is, it's hard to take things (and myself) too seriously.

3. If you can't do anything about it now, don't sweat it. When I was a kid, I had major panic attacks at night. My dad would lay with me in bed until I calmed down and fell asleep. He would try to talk me through whatever it was I was freaking out about and would ask, "Is there anything you can do about it right this second?" The answer was usually no. So the only solution was to stop stressing and go to sleep. I try to keep that in mind when I'm overwhelmed now. 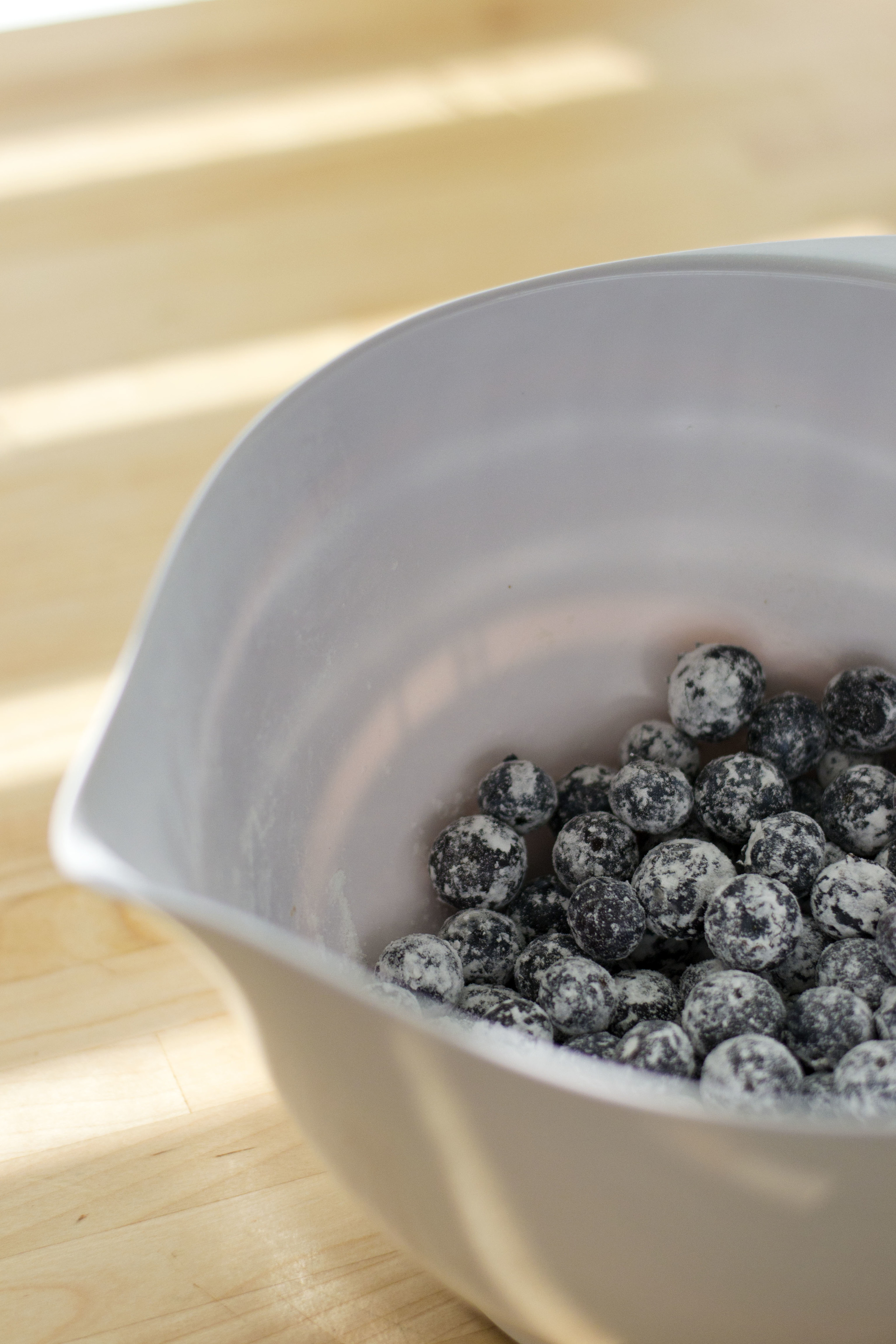 4. Pursue what you love. My dad is a writer, though he also has a job-job. He has always encouraged me and my sisters to follow our passions, even if it doesn't make us money. Sure, you might need to have a job to bring in some cash, but that doesn't mean it's what your life is about. Find that thing and dedicate yourself to it wholeheartedly. That's why I'm here, writing about muffins.

6. Family is first. If someone in the family is having a crisis or needs counsel, my dad is pretty much the first one everyone goes to. He will drop anything he can to be there for family, and I appreciate that. I hope that when I have kids, they feel like they can come to me in that way. Even though I'm sure it's stressful for him!

7. You can't change people. I often get frustrated by people I care about making choices that I disagree with, that I think are harmful to them. My dad has always said that people don't change until they want to change. The only thing you can do is offer your opinion (if they want it), but the choice is up to them. Now I've learned to back off a little. (I said a little . I'm pretty pushy, still.)

8. Communicate! In his speech at my wedding, my dad emphasized the importance of communication. He and my mom have been married for over 30 years, and a big part of their success is probably communication. I remember listening to them argue at the top of the stairs when they thought I was asleep. My takeaway wasn't, "My parents argue, so they must hate each other," but that they were talking out their problems rather than ignoring important issues. I try to do that in my own marriage and it has served me well. 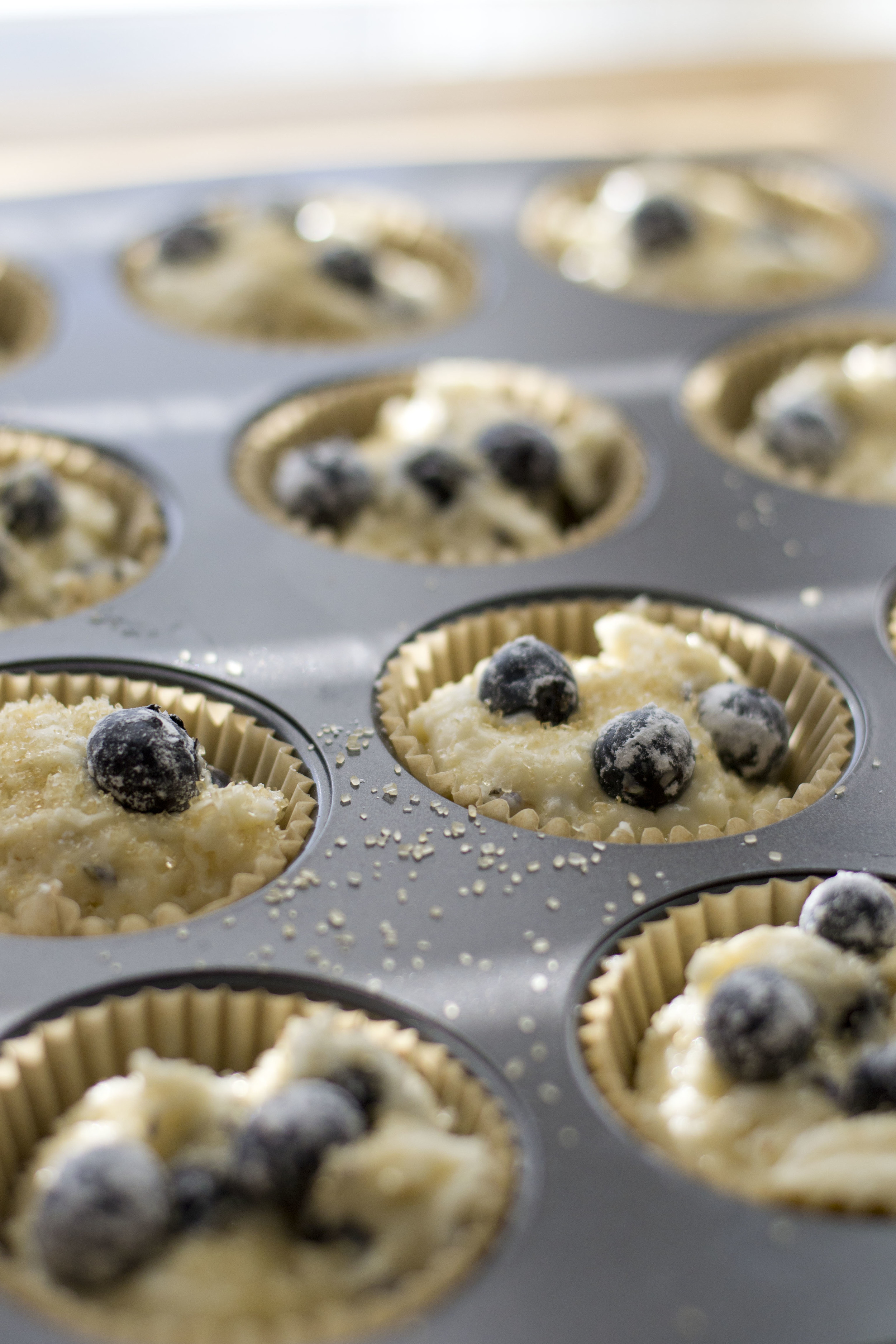 9. Always be learning. My dad owns about a billion books, and even though he hasn't read most of them, he keeps buying more (because he is an optimist, I guess?). He teaches himself new skills for his job, has tried learning several different languages, and loves to read about history. He has always encouraged me to read and learn, even when school had ended. Now I'm learning all about baking science!

10. You don't have to agree with me to earn respect. My dad and I don't see eye to eye on a lot of things, but he has never made me feel outcast or less-than because of my opinions. Quite the opposite, in fact. The thing I admire most about my dad is that even if he thinks I am completely wrong or uninformed about something, he is still proud of me for thinking for myself. And I learned to do that because of him, too.

Happy birtday, Dad! I love you and hope to learn even more from you in the years to come! 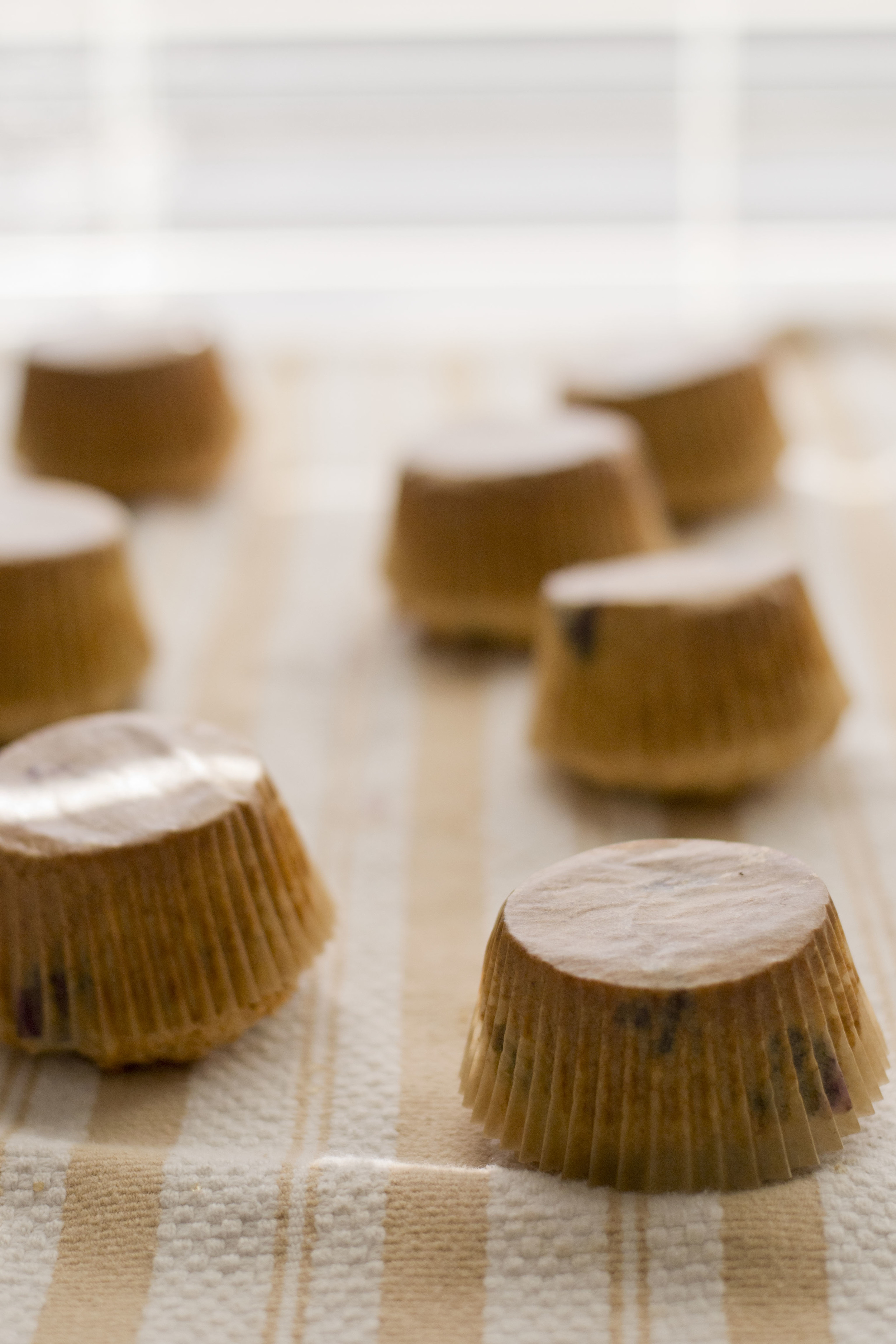 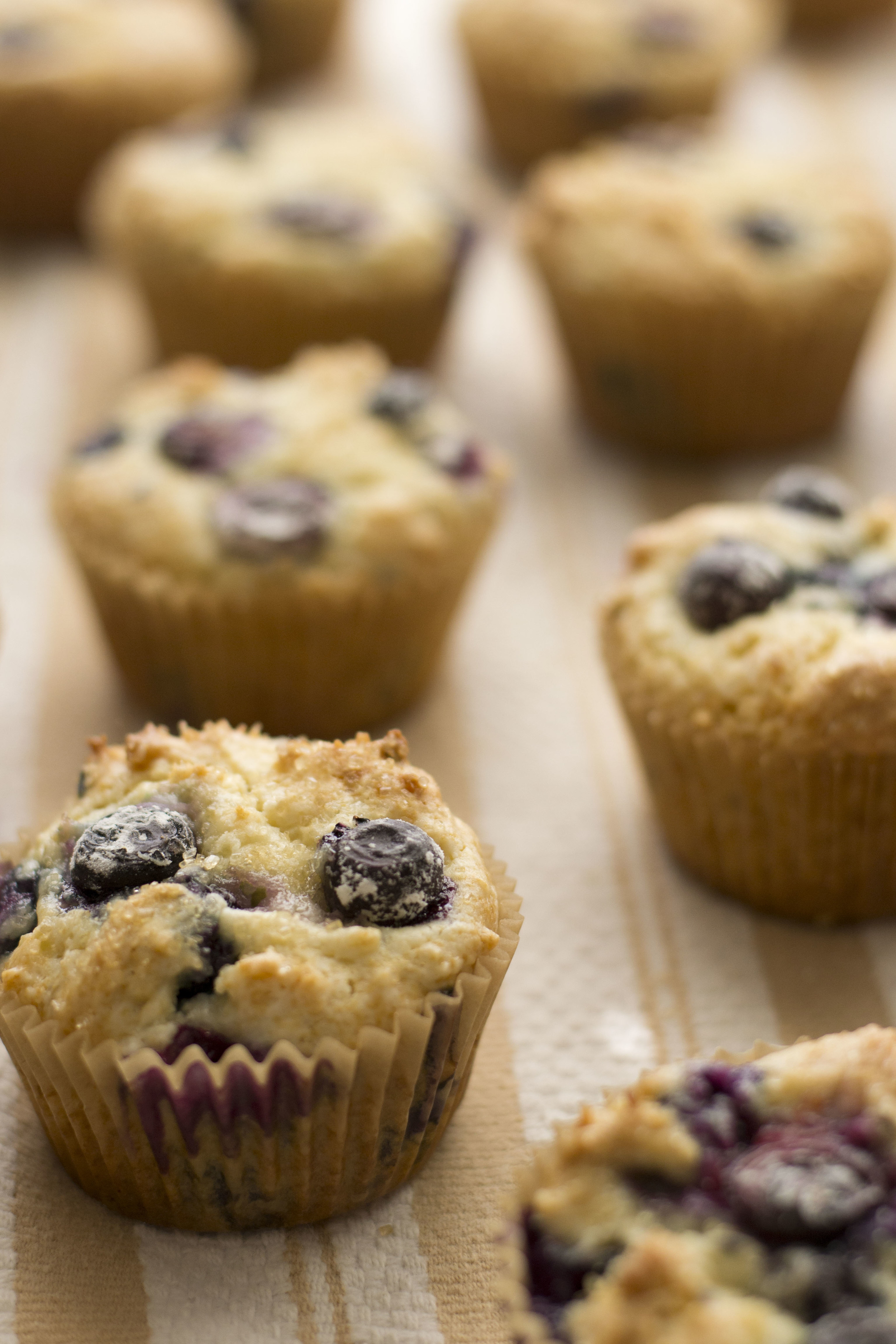 Preheat oven to 380°F. Line two muffin tins with paper liners, or grease with cooking spray. In a medium mixing bowl, sift together flour, baking soda, baking powder, and salt (really sift it, not just whisk, because cake flour can be lumpy). Stir in lavender. Set aside.

In a large mixing bowl, whisk together sugar, vegetable oil, egg, and sour cream. Toss blueberries with a tablespoon of the flour mixture so that the berries stay suspended in the batter later. Dump the remaining flour mixture into the wet ingredients.

Stir for a long 10-count (counting "1-Mississippi, 2-Mississippi, etc.). Add most of the blueberries (reserve some for the tops of the muffins), and stir for another 3 counts. Some of the flour will still show.

Use a heaping #24 scoop to heap muffin batter into the liners. Sprinkle the remaining berries on top and press them down gently so they stay put. Sprinkle tops with turbinado sugar. Put trays in oven and immediately increase the oven temperature to 400°F. This will help you get a domed muffin top.

Bake 20-25 minutes, rotating pans from back to front and top to bottom halfway through. Remove from the oven and immediately flip out upside down onto a towel to cool. Your towel will probably get some blueberry stains on it, but cooling them upside down creates better volume and eliminates soggy muffin bottoms. Serve warm or at room temperature.

Congratulations @ruari! You have completed the following achievement on the Hive blockchain and have been rewarded with new badge(s) :