Ever since I saw Guillermo del Toro's Pinocchio show up at one of the film festivals with a little tiny Pinocchio from his film I knew that this was going to be top-tier cinema. 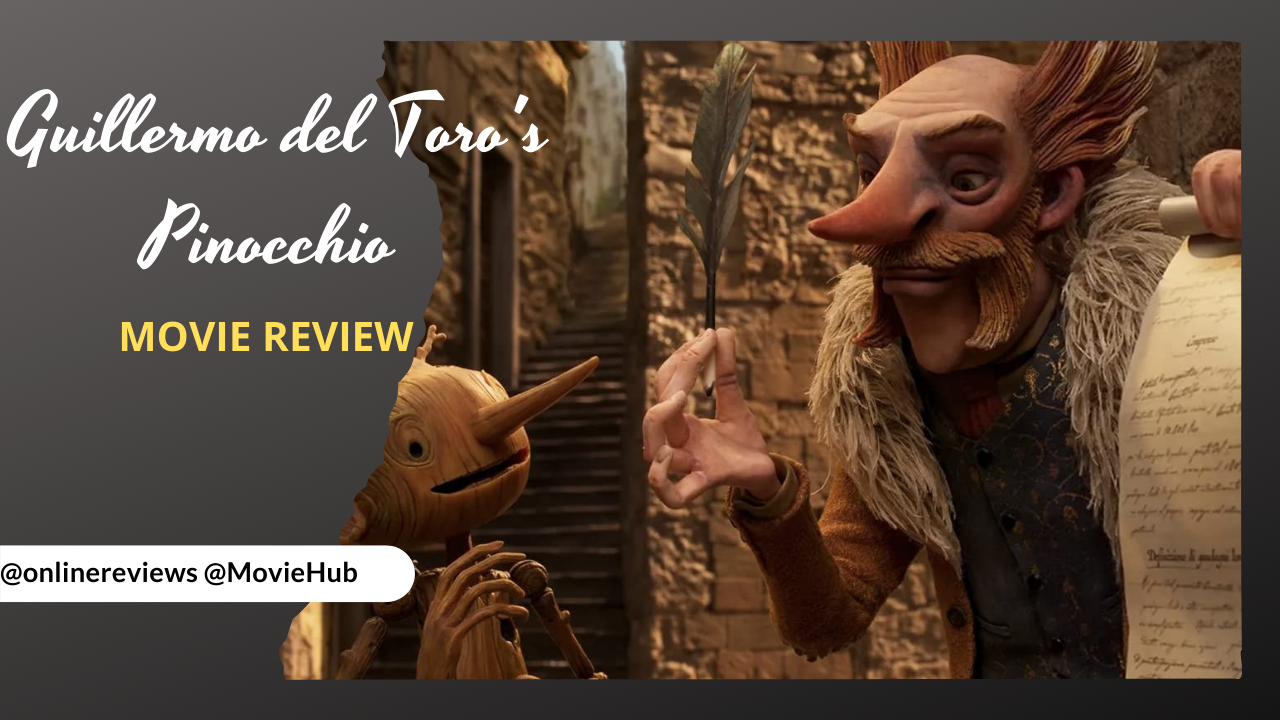 I thought it made this movie even better with the ideas of childhood innocence and seeing the world of disaster and War and the pain that adults can just put on children. I think this movie does a really good job of exploring those ideas. But one of the things that I really enjoyed most was exploring the idea of death and that children don't quite understand that because they're still growing up in this world. They don't think to understand that people can be gone forever this is an extremely dark film that deals with a lot of adult themes. This movie is rated PG-13. This movie has a lot of very strong ideas going on and they might not be suitable for young children. But if you think they're ready I think you should definitely show them this movie as there's nothing bad in the movie. It's just really dark and feels like they're exploring things that children might not be able to understand yet.

Positive Aspects of Guillermo del Toro's Pinocchio
Let's just break this movie down into all my positives first. I have to start as always with the performances of the voice actors as everyone does a phenomenal job in this movie. One of the reasons why I didn't bring up who the actors were that were going to be in this film is because I had no idea who is beside you and McGregor because he is the narrator. Everyone does such an amazing job. I didn't even hear any of these other actors and be like oh that's this person, oh that's this person. They truly feel like these characters and this is exactly what I would want from an animated film. The stop-motion animation is seriously phenomenal. I cannot imagine being able to create a film like this as it just looks so challenging to watch on screen. It's just so smooth and interesting in the way that this movie just all comes together. One of the craziest aspects about this movie is that this is a really long movie especially, for stop-motion animation you know stop-motion animated films are usually not that long because you know it takes so long to make. I was genuinely really shocked.

I also loved all the character designs here, especially Pinocchio which I was a little worried about when I saw the trailer and the poster for this movie. Because you know like it looks weird and you don't really know why Pinocchio looks the way he does. But when you see it in the context of the movie it makes it make more sense. I had grown to really love it. It was just a very stylistic choice that just made so much sense you know those awesome and amazing movies that have a great story and everything that is in the movie just all comes back into play well.

This movie is not in a very cheesy in your face way like just some film director was just trying to put all the pieces together. It's just not really all that great this movie actually does it extremely well. There are some things that you kind of completely forget about every single aspect just feels like it was so carefully crafted and detailed within the story. I also found the direction in this film to be great as well. I think Guillermo del Toro deserves a shot to be nominated for best director. He is literally one of my favorite directors working today. He just proves that within this movie. He took something that everybody has seen and he made an animated film that's going to be heavily compared to the classic 1940 Pinocchio movie from Disney that everybody loves and enjoys. He made something completely different there was not one creative decision.

I really enjoyed it because it's very different from any other version of Pinocchio I've seen but I do think a couple scenes could have been chopped down a little bit or you just make this movie longer. There's a moment in the second half of the movie where we're going into war with a bunch of these soldiers that feels very short comparative to any other scenes in the rest of the movie or any other plot points that could have been easily extended.

Conclusion
Overall, Guillermo del Toro's Pinocchio is a phenomenal film that is easily one of the best films of the year. I really hope it wins the best anime feature film at the Academy Awards because it deserves it. To be honest with you, I don't know if I'm just being crazy but I think this is the definitive film version of Pinocchio at this point of writing this blog in 2022.

I love guillermo del toro!
thanks for bringing it
!1UP