The chosen summoner for today's quest was Death. So all pressure was on my Zintar Mortaus. 10 battles were needed, so a nice win percentage of 50%. With 3 days left in the season I do think that I could reach Diamond II, like all previous season. This season I got rather quickly to Diamond III, but do have troubles to get out of there. 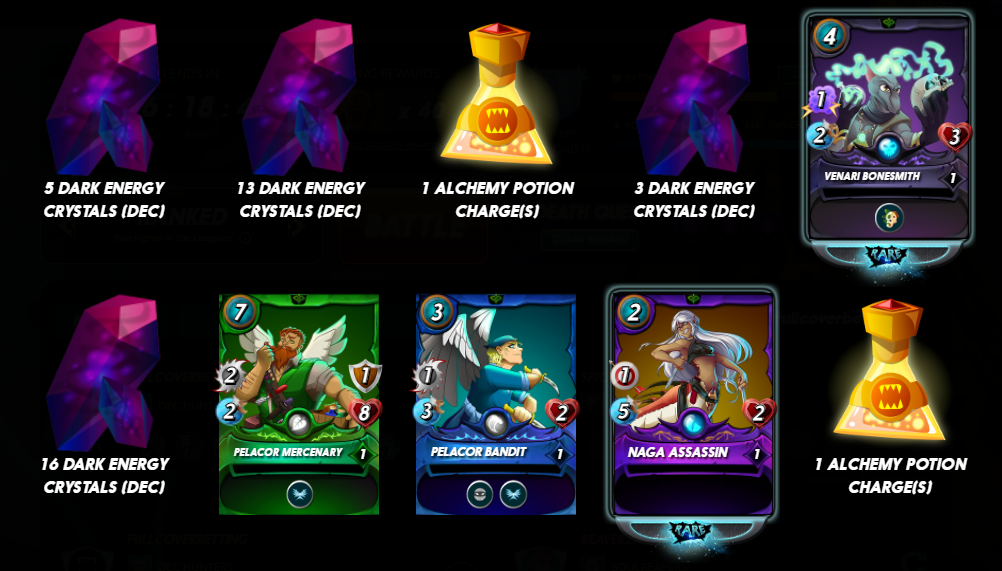 4 cards, which is around average.
The bonesmith isn't a bad reward card, still I don't use it much. 5 more needed to level it up to level 5.
The Mercenary can be great in some battles, getting pretty close to level 8.
The bandit is again a reward card which I rarely use, but also this one is knocking on the door of lvl 8.
And the Naga is one of the worst rare cards to get. At least in my opinion. When playing with the dragon summoner there are always better options than Naga.