Leaked Images of "To The Moon" $FART Tokens 1st Game

Our security has been breached and we were unable to stop this leaked image that was stolen from our Top Secret Game Development idea box. 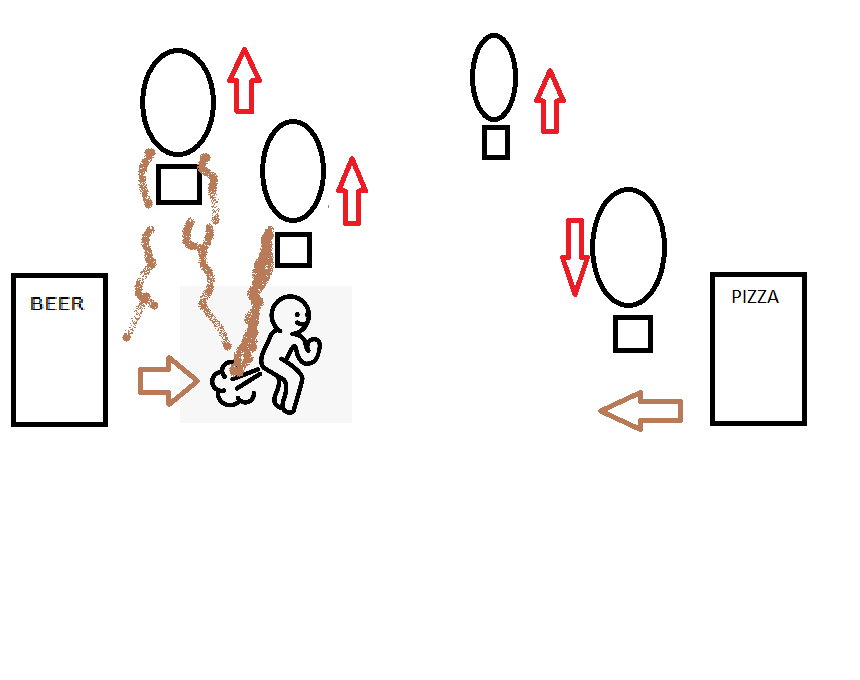 To The Moon is the 1st of 4 games currently being developed.

The premise is as follows:

Mr. Farty Pants , just wanted to get rid of his hangover by having some beer and pizza. Instead he's pulled into a dangerous mission which will eventually lead him to the moon. As you can see from this very detailed schematic, all of the Hot Air balloons have lost their hot air burners and are beginning to descend to the ground. Mr Farty Pants must use his $BEER & $PIZZA as Fuel to $FART and refill the balloons. He must run back and forth to refill his bowels to create more Hot Air to save the day.

We thought this would be a fun one to start with for a few reasons. We think the development of this game would be fairly easy compared to some of the other games. It would also incorporate 2 existing Tokens $BEER & $PIZZA. We're hoping to set up a Farming Pool with $BEER $PIZZA and $FART.

There would be different levels of difficulty as you finish each round. Also, eating too much PIZZA will slow the character down, Drinking too much BEER will make his FARTS less accurate and not Farting enough will make the character rise and get above the balloons. Overindulging in both will result in uncontrollable SHARTING which causes the character to slip and slide and all balloons to crash.

We also thought it would be fun to be able to use a HIVE FOLKS Character in place of Mr. Farty Pants. The Character slot could be purchased for a specified time and bring attention to the Specific NFT Character, possibly increasing it's value and also increasing awareness of the account associated with the Character.

The BEER & Pizza can be generic or , as with the Character, a Community, person or business could purchase advertising and have their own BEER LABEL or Pizza SIGN.

All sponsors would profit share in the games proceeds creating a nice competitive market for advertising space and profit sharing.

We have a few other ideas for different levels and variables, but thats the gist.

Who can help to build and develop this game ? Once we have a reputable Developer we will proceed with a Proposal for proper funding of this amazing project.

Whoever builds this game will get 1st right of refusal to develop the next 3 games we have planned.

This could be you Wow! now I understand your previous post fart and get paid at first I thought it was a community you wanted to created I did not know it was a game. This game looks interesting the way you explain it if it was well develop every act of eating and not eating pizza and drinking of beer has a consequence. Developers come and develop this game fast so that we can see a unquie game to play.

as soon as one of these lazy ass developers makes it for us !

@trumpman , do you have any connections to developers on HIVE ?

i don't know why i need this so bad

can't wait until this gets developed, gonna be a blast !

Hmmm 🤔 nice name to the moon
Another incoming big game

Can i just keep tipping !BEER and !PIZZA to help get those lazy developers working....ill tip a carrot and whip next time....maybe that will moivate.