How To Set Up A Hive Witness Using HIAB At Version 1.24.4 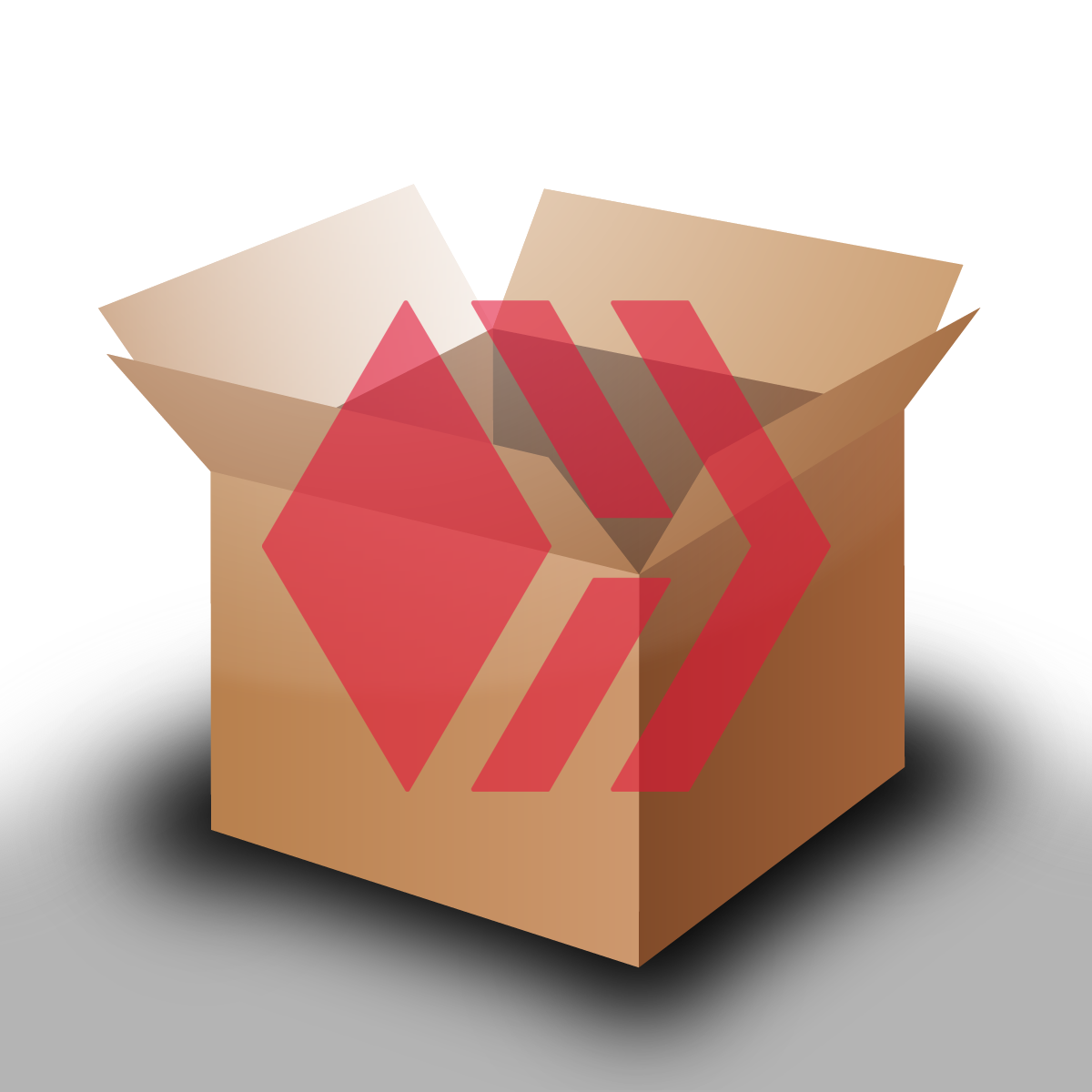 Used With Permission From @someguy123

Because @someguy123 hasn't written a post about using HIAB I decided to do it, mainly because I use it and always end up referring to discord chats on how to set it up. Much easier to just have it all in one place, and what better place than the chain itself? Im just going over basic setup using snapshots but theres even more functionality(you can replay the server instead of using snapshot, or sync without a blocks_log file) which you can read about here: https://github.com/someguy123/hive-docker.

First thing that you'll need is a server for this. Thanks to the efforts in HF 24, its become quite a bit easier to run I would recommend a Privex server for this because you can pay with Hive and HBD, but because we have a lot of witnesses already on Privex and its important to have our chain be distributed between different datacenter and providers, I would recommend that you find your own.

I run my witness(@hextech) on a server with 16 gigs of RAM and 4 threads for the witness along with 400 GB(320 GB being used right now) on a NVME on Ubuntu 20. Higher ram usage is required during the snapshot import process(reaching about 15.3 GB used).

I like to update my server as the first thing to do as well as install git and screen.

Then we clone the repo.

And then use it to install docker for you. This shouldn't take too long.

We can then install the latest docker image for the witness with. It will grab whatever is the latest from dockerhub(https://hub.docker.com/r/someguy123/hive/tags).

The next step is to download the block_log(somewhere around 300 GB around now) as well as the snapshot files. We are going to do this in a screen so we don't need to remain connected while this goes on.

You'll be presented with a screen like this. For downloading the rest of blocks_log, you'll want to say yes (y). This will take a while, depending on the connection speed. The best thing to do is wait.

After that you'll be asked if you want to grab block_log.index as well. Say yes to that as well.

Then you'll get asked about snapshot, again say yes.

Finally you'll be asked about shared_memory.bin, for that say no(n).

While those are downloading, you can move onto the next few steps, I'll let you know where you'll need those files to move on.

Now we are going to want to generate our witness signing keys. You can reuse some keys that you already use, but it's recommended to generate new ones just for signing blocks. To do that, we use the cli_wallet.

We'll be using the remote wallet as our local instance isn't ready yet.

You should get presented with something like this on a fresh install. If it says locked instead of new then you already have a wallet setup(you won't unless you are updating) and you can unlock it and skip the init step.

Once you are unlocked you can use suggest_brain_key to get a public private keypair generated. You'll want to save that as you'll need it in the future.

You can exit the wallet by pressing control + D. If you ever forget your password, you can wipe the wallet clean and use a new password. A wallet.json file is generated and stored within the data directory. Just delete that and it'll start the wallet fresh again.

Next we'll need to modify the config file to work with our witness. Its located at data/witness_node_data_dir/config.ini directory. We'll want to modify that.

Most of the values there are already good. If you want to modify anything go ahead if you know what you are doing.

The place we want to modify is witness = and private-key =. They are already commented out(line begins with #) so we can just go find them and delete the # at the start of the line. For the witness, you'll want to type in the username of the account that the witness will be running under. This value must go in quotes. The private key should be the private key that we generated from the cli wallet. This should not go in quotation marks. Use the image below as an example.

Going on, you'll need to have all the files that we started downloaded earlier ready to go. If not, please finish downloading then continue. While you wait for this to download, some good things to do are write a post about you staring up your witness, voting @hextech for witness and thinking about how you can help benefit the hive ecosystem.

We are going to load in the snap that we got so that we don't need to replay.

This does take some time, but nowhere near as long as it would take if we had to run a replay. You can monitor what step of the process this is at by using ./run.sh logs.

Once the snapshot loads in, it'll automatically start syncing up to live. You can check the sync progress using ./run.sh monitor. It'll tell you how long it'll take to get synced up. Again this is a time to wait. You'll know that you are live when you see individual blocks being produced in ./run.sh logs. That'll look like this:

The block numbers will be going up by one. Nows the big time, time to enable as a witness.

Let's enable the witness, you can do so using either the remote wallet or the local one. To use the local wallet, use ./run.sh wallet and remote is ./run.sh remote_wallet.

Unlock the wallet with the password set before using unlock 123 where 123 is the password. We'll want to import in your active key to sign the transaction that we'll be broadcasting. Find the private active_key using your preferred choice. If your private active key is 5KNrHHigj3PRurkm5moaV1XM3gWGrDZJJZCgPRL2FpBLjWy1obg you'd import it by typing in import_key 5KNrHHigj3PRurkm5moaV1XM3gWGrDZJJZCgPRL2FpBLjWy1obg

After that gets broadcast, you are up and running as a witness. You can check that you are enabled somewhere like https://peakd.com/me/witnesses. The green ball means that you are enabled. Your version will not report to the version that you are using until you sign your first block so don't worry if it says 0.0.0. Just get the word out there that you are being a witness and get more votes.

I was following along on a fresh server and it took me 2 hours and 15 minutes to get to the point where I could broadcast the enable witness transaction. The latest updates and the work from someguy to make HIAB exist has made it a lot easier to be a witness.

As time goes on, you'll need to update. The update process might involve a replay or it might not. Hard forks involve a replay and soft forks usually don't. You can get information and ask questions about that in the Privex discord which can be found at http://discord.privex.io/. The server requirements might increase as well and you might need to upgrade that.

If you like what I do, feel free to vote for my witness https://vote.hive.uno/@hextech

Great guide, I've reblogged it so most HIAB users will find it :)

Setting up a node isn't too hard. Its maintaining it and campaigning for votes. Good luck if you decide to take the plunge.

Well, I know for a fact I wouldn't win the popularity contest for votes here (at least not yet) considering the amount of tight-knit mega whales there are - but, I would do it solely for the benefit of the community. I know it'd be a resource drain, but I'd simply ask for donations or just upvotes on posts/client posts to make it work.

Otherwise, I pay and it's cool - that's that. Sometimes, people have to act selflessly for the greater good, and I feel this is one of them (even if in just a very small way).

This is a good run down for HIAB - it's an easy starting point for anyone setting up their own server. I started using @drakos price feed it's simple and reliable https://github.com/Jolly-Pirate/pricefeed

I recommended the one from someguy because I work on it from time to time and so I'm more familiar with it.

Sweet, Ill prob set up a witness sometime soon .. just snowballing myself there

Good luck. Setting up is very easy :) Getting the votes is soooooooo much harder.

Yup, I would love that since it would push me up since I'm newer :) But it would also mean witnesses actually have to work for their spot and can't sit back and relax like some of the top 50 are doing right now.

might be something to do on some rolling .. I kinda feel the same about delegations Thanks for this. I'm in the process of running HIAB using Docker Desktop on a Windows 10 Home machine using WLS 2 (thanks @themarkymark).

What changes do I need to make to do that?

What is the network traffic requirements for a witness node on a monthly basis?

Haven't really measured that. Setting up you'll eat up like 350 GB downloading everything you need. Day to day running is a lot less.

I've attached my network traffic graph for the last hour. I can't really tell how often its being transferred but I'm guessing per second, and using that as an estimate, its about 70 GB/month which really isn't bad at all. (30 kb/sec * 60 sec/min * 60 min/hour * 24/hour/day * 30 day/month).

Do you have a transaction log for how many requests you get during that timeframe.

Witness nodes don't normally handle requests(that'd be the job of a fullnode, but it is possible to take some specific requests which I have my witness node doing for some very small private projects). Witness nodes just get and process blocks and sign blocks when they get assigned to produce a block.

Now that I've got my witness node running I want to be able to take snapshots so I can restart easily in case of computer reboot. How do I do that?

I think you have to stop running it first(I haven't tried it yet) then run ./run.sh dump_snap SNAPSHOTNAME. Then it'll be located within data/witness_node_data_dir/snapshot/ with the name that you chose.