I've been a witness for some time now for the Hive blockchain and been running a couple of nodes: a main production and a backup, as well as a seed node to strengthen the P2P network. And then supportive nodes for failover switching and price-feeding. So far my nodes all ran in physical separated locations in Germany, France, Finland and the Netherlands as well as across 3 different providers.

But what was lacking for a long time and I was already also wanting to have for a long time: my own API node cluster. After long inquiries, research, uncertainties and many many many consults with mainly @gtg, re-reading his HivePressure posts time after time and some backchatters with @pharesim (who just came back online with his cluster last month) and some with @someguy123 I finally took the step to go for it. 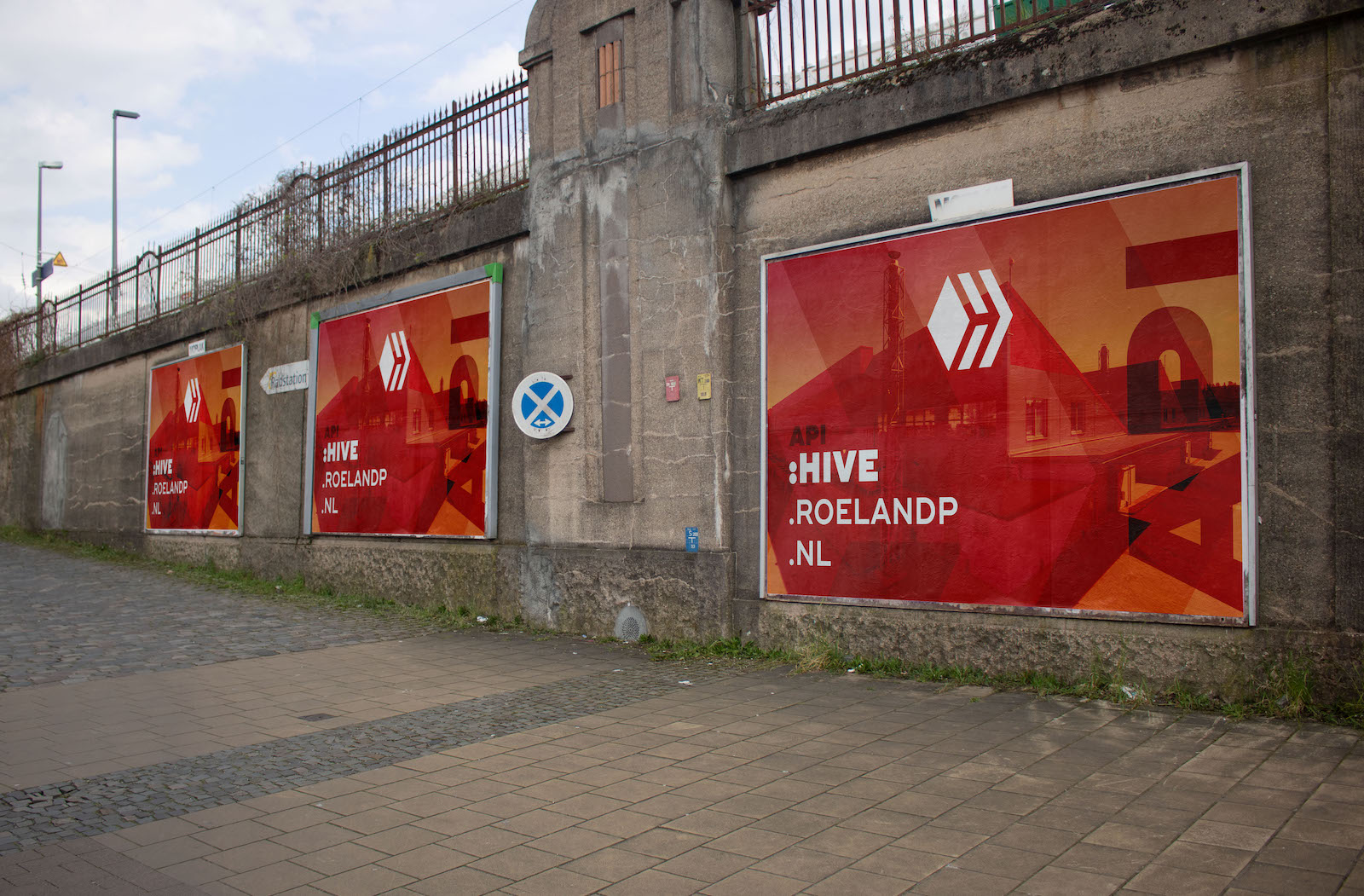 Next phase was deciding about which machines for the task. I researched going the self-hosted way for a bit and looked into a physically nearby data-centre option as well as a bit further out and got promising offers for "lease-to-buy" machines. But then in the end I could negotiate a decent colocation price. As power tends to be somewhat more expensive here in NL this might have been the case. In the end it was financially more attractive to opt for a rented cluster of 3 dedicated machines, why? Lease to buy machines including hosting/traffic would in my research' cases only break-even after 5 or so years. And then I would have outdated machines, worn out most probably.

For the same money I could opt to upgrade machines whenever I want, plus I am also guaranteed with the rental bare metals that I get replacement hardware in case something breaks, which I would obviously not get when doing my own.

Ultimately I would love to have my own servers running on my own 1 GB fiber optics line, but hey what's left of the future if there ain't something to dream about...

So I went with our friends @ Hetzner. My Hive API cluster is located in Finland and hosted on Hetzner's finnish datacentre in Tuusula near Helsinki. Finland sounds far away from mainland Europe however it was actually Hetzner who co-invested in the 2016 delivered Cinia C-Lion1 Submarine Cable connecting the North of Germany directly with Helsinki over a 1173 km long fiber cable along the Baltic seabed. This resulted in a cable with a max-capacity of 144TB/s which is, I guess, is pretty decent.

Energy to Hetzner DC Helsinki (Tuusula) is provided by Vantaan Energia, whom issued a certificate of 100% Renewable energy use for Hetzner (just like its German DC's by the way) with a mix of hydro and wind power. Finland has more than 330 hydro power plants, with total production of 3100 megawatts, according to wikipedia.

Here is a nice graph: 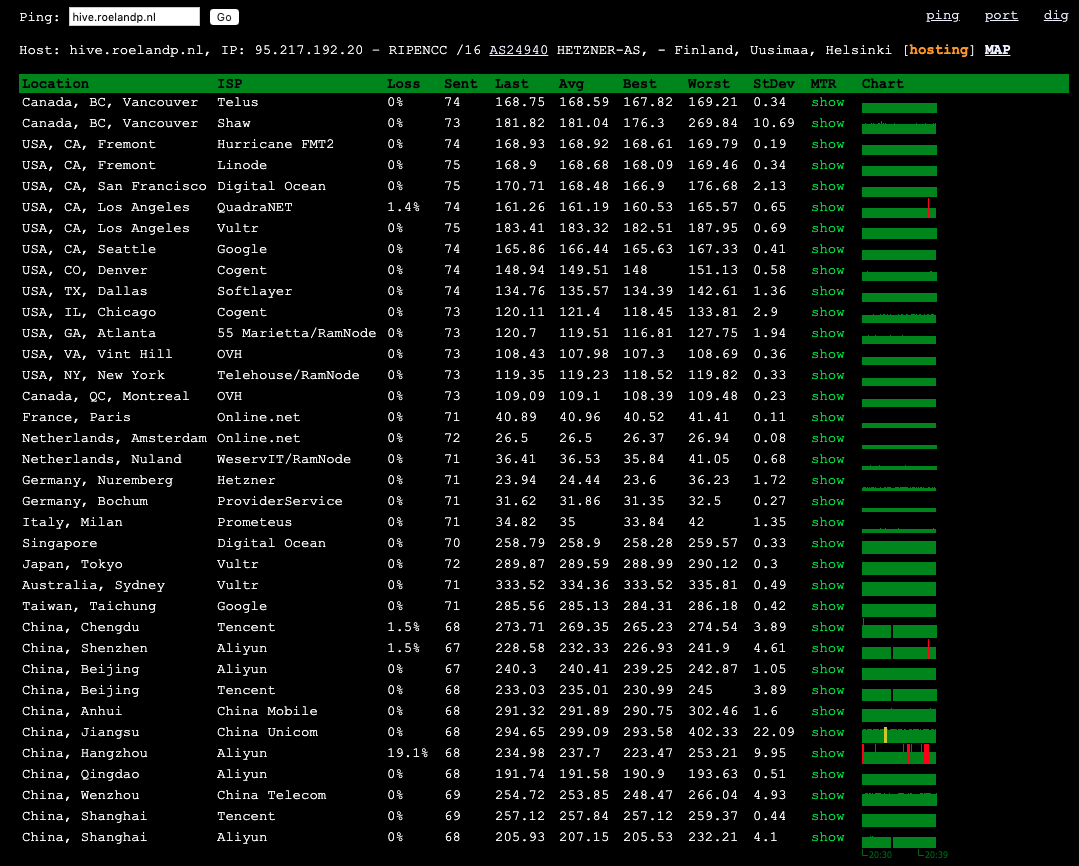 I'm happy to have finally added my api-node cluster to strengthen decentralism of the Hive api-node portfolio.

hive.roelandp.nl is open for business, and added to the developer docs and @fullnodeupdate list. A huge thanks to @gtg, @pharesim, @someguy123, @drakos for input, chats and shared configs!

See you on the chain, maybe even routed through my apinode :P

Thanks for the update. Great to know that we have another reliable full rpc in europe.

@roelandp, I am not aware about the Technical Language but good wishes from my side and hope that this step will going to bring Productive results.

Have a wonderful time ahead and stay blessed.

Great work!
It is wonderful to see decentralisation progressing more and more on Hive.
I regularly run the Peakd node speed test and look forward to seeing yours on the list (its not there yet).
As I generally use api.pharesim.me (although its in error right now) yours will be a close competition for best node for me.

I'm wondering what CPUs you are using.

I have a 128Gb i7 6800k server that is quite under utilised and parts to make another 2 x 64Gb servers. I also have direct fibre connection.

How hard is it to set up and does every machine have to be completely dedicated?

Hey A,
Re: not listed: I had a Jussi config error, was just testing with asgarth and fixed that now.

1x 128GB might be a bit daunting for the task as this setup runs one account history node (non MIRA) using TMPFS and then another hived-node in MIRA config. I have the hetzner entry level AMD processors. If you have 2 servers like you mention I think you will succeed, based of my conversations with @gtg :) . My servers are configged with NVMe disks in Raid0 which helps a lot with writespeed.

Thanks. When I get some spare time from legal stuff re HF23 I will look closely at this.
BTW: We (@jpbliberty) are helping a number of victims of HF23 with getting their stolen property returned. If you are interested you can contact me on [email protected] (protonmail encrypted) and keys on open pgp.

im interested i will try to not forget to reach out. But count me in.

Wow... Congrats to you and congrats to all of us, too! We are so lucky to have you! ❤️

Holy moly, another fast API Node close to my home! It will be between yours and Pharesim's from now on, and I'll use peakd's benchmark tool to test 'em from time to time.

Thanks for your research and taking this big step in your witness career :D

phare's is in DE and mine in FI so it depends how your connection routes you I guess ... Im now browsing on my own node on Peakd and its pretty cool :)

Thank you for supporting the Hive blockchain Roeland!

Cool stuff. Thanks for all you do to keep this thing running. I don't think the witnesses get enough love. Anyone who says they are selfish is talking out of their arse!

Most excellent news! Thanking you!

That is a great news for Hive! Funny first picture by the way :) Alao Thanks for your mobile app. I hope uou can help make a hive enginr wallet we can really put out there and use with free wallet signup with @wemohen ninja style codes that have been proven

Wow. Beautiful, it's great to have an additional API node online. Recently there was a lag in most of the API's I guess this will help reduce the load and share it more .

Congratulations on this achievement which will strengthen the Hive community!

Congrats! Still not available on peakd. Get in contact!

emre is working on it :)

** update: I meant to say Asgarth. And also: its available now!

A great news for all of us. Let's make Hive Great

I have no idea what any of this means but happy to see those posters in public haha.

"there is an app for that"

No posters are legit on the golden gate bridge leading to big Ben!

That is awesome, @roelandp. Congrats and glad to see that you are doing well.

Great news and awesome to see HIVE growing like this! Thanks for everything you do Roeland!

Hatseflats! Congratulations R :) seems I'll be going to use that api for sure!

Ah dude, awesome! You are one of my favorite big names here. I can’t believe how much you’ve been doing behind the scenes. I wonder if you are thinking about doing a hivefest once travel becomes a thing again? I would love to help if I can.

Yes i am thinking about that but a bit hesistant to do it in November already (in real life) with the world either recovering (hopefully) or going into a second wave and with US politics going on in that month.

jeeeez buddy I had to say first of all 1gb internet is crazy... I am fighting with my 50mb that is in my opinion still bad but way better than my 4mb internet provided just few blocks from my house.
Thanks for sharing all those info regarding your nodes, but I was also interested about the submarine cable with more than 1100km of length. Thanks for keeping the HIVE blockchain safe and thanks for your friend that hosted a node in his datacenter close HELSINKI. See you around and good to see you back and active!

Good to know you are in charge! ;)
Thanks!

@roelandp I truly respect your efforts towards the decentralism spirit. Please write a guide to help those who want to run the node on their own server.

I used @gtg's Hivepressure series and @pharesims notes. They are both linked in the main article and very recommendable. Running a node on your own server is explained in https://gitlab.syncad.com/hive/hive repository also.

Great to see you up and about with a better rig.
Future looks good!
Congrats!

Congrats on getting everything set-up, and thank you for all your hard work! 🙏

Really stoked to see this happen. I am grateful you put your money on the line to increase the security of the community. Wish I could contribute more substantively to rewarding you for doing so, honestly.

I will note however, that the image you referred to as a graph is actually a chart.

Countryside Southern Bulgaria, average round trip ping time is 61 ms, quite impressive!
Keep up the great work and stay safe!

after everything else failed for me the other day, your node saved me from going bananas! I was almost ready to give up when a friend suggested to switch to your node - voila, everything worked perfectly!