gamingcrit.com (58)in Hive Gaming • 9 months ago 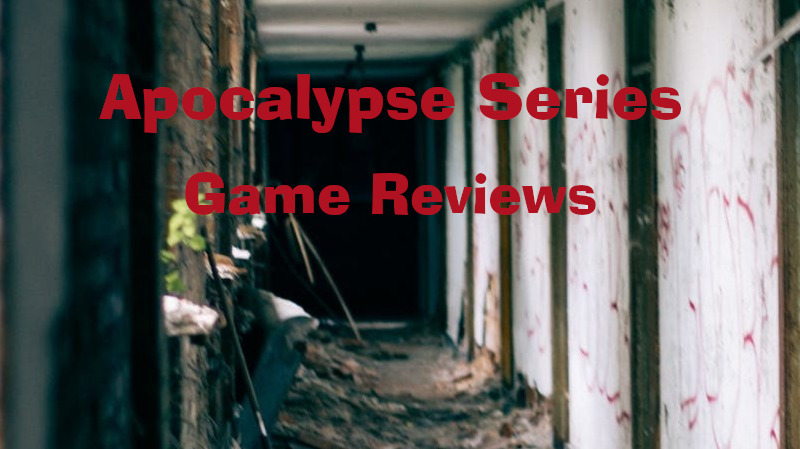 With the current COVID-19 pandemic occurring at the time of this writing, it seemed appropriate to take a look at some games that prominently feature the end of the world as we know it, or at least the post-apocalyptic landscape of the time after. In this installment, we will will be looking at Grim Dawn a fantasy action role-playing game by Crate Entertainment released in 2016.

In the world of Grim Dawn, spirit creatures called Aetherials, have been released into the world and driven the human race near extinction. They are able to possess individuals, and as the game begins you take up the role of one such unfortunate possessed human, who has been captured by a group of survivors. The spirit flees as you are being hanged, presumably to avoid dying with your body, and you manage to survive the experience.

There is not a lot of back story presented, and you are left to figure out what is going on inside the game. You do get to choose a name for your character, or if they are male or female. There are no other initial character customization options, at least in terms of looks, but you do have a lot of choices on how your character's skills develop as you play. Here is my first level character, as I started to replay the game to write this article.

I feel that if I say Grim Dawn is a Diablo clone, then most gamers will immediately know how this game works. Diablo, for anyone unfamiliar, is a popular series, with the first game released in 1997, that popularized this style of action role-playing game, where the gameplay is almost entirely driven by clicking with the mouse. You click on the map to move your character to that location, click on chests to open them, click on items to pick them up, and click on enemies to attack them. In modern role-play style, you can tell when someone has a quest by a floating exclamation point above their head.

Items in the game tend to have a minimum attribute requirement to equip them, making specialization towards melee combat or spell casting part of how you develop your character. As you kill monsters, find lore notes, or complete quests your character will gain experience points. After gaining enough point their level will increase, giving you bonus attributes and skill points.

Skill points let you customize your character's abilities. Initially you start with just a basic weapon attack as your only action, but once you start gaining levels you can learn additional skills. The first time you level up, you are asked to choose a class. This will go a long way in defining the style of abilities your character can learn. These screen shots are coming out less legible than I would like, so for good measure the classes are: Soldier, Demolitionist, Occultist, Nightblade, Arcanist, and Shaman.

At every level you get 3 skill points to spend on your class skills. These either raise your base attributes, give you combat abilities that you can activate by spending energy, or passive combat bonuses. The full list is far too long to get into, but suffice to say there are plenty of skills to learn for each class. Not too far into the game, you get the ability to undo your selections, so you can rebuild your skills if you don't like what you've chosen. There is also a Devotion skill tree that becomes unlocked later on in the game, letting you gain more passive bonuses for your character. This is the soldier class skill tree. Each dot represents a different skill you can learn, plus you need to spend points to fill up the bar on the bottom to unlock each set of skills.

Going back to this being a Diablo clone, items and inventory management are a huge part of the game. Enemies regularly will pop out some sort of item when they die, and random boxes and chests will rain out loot when you find them on the map. Your inventory space is limited, so you will often find yourself using your ability to open a Rift, essentially a portal back to town, in order to go sell excess items.

There is a fairly constant flow of replacing your gear with slightly better items that you find along the way. Eventually you will earn a storage chest, where you can hoard some items that you want to hang onto. There are also a large variety of upgrade components that you can find, which can be used to enhance your gear further. Barrels, in this world, are often stuffed with weapons, armor, or potions making them a prime target for adventurers to smash them open.

The game plays out as you traveling from quest point to quest point, slaughtering hordes of monsters along the way. Eventually you will encounter a boss monster that may prove slightly more challenging. Unless you turn up the game difficulty, then everything may be challenging. Playing on the standard game mode, at level 2 I wandered into an area with level 5-7 enemies and was able to clear it without too much trouble. Surrounded by snakemen, and in typical fantasy game fashion, more than holding my own.

What sets Grim Dawn apart from other similar titles in this genre is the setting. The design is loosely based on the Victorian period, with magic and monsters thrown in. Even though my screen shots are getting a bit squished down to fit the blog format, the game does look good in full screen.

Everything about the game is done well and professionally. The art, music, and sound effects are all of good quality, and what you might expect from a good sized studio. There are numerous sound tracks, which help build a dark, post-apocalyptic vibe. The game has a fair amount of voice-over work for the main quest dialog, which is also well done.

I should note that this developer is not actually a huge studio. It was founded by industry veterans, who spent several years making this title. I don't know that it qualifies as "indie", but this is the only full game they've released, and they've also continued to add additional paid expansion content over the past four years. Also familiar to the genre, a floating question mark indicates that you have finished a quest for this non-player character.

I find the game enjoyable when I'm in the mood for some hack and slash loot grinding. I do occasionally have problems playing ranged attack-based characters, as I tend to accidentally run up to the monsters instead of shooting them. Uncovering the story as you play is also an aspect I enjoy. Sure, you can go look it up online, but I prefer to experience it as part of the game.

Overall, I would give Grim Dawn a solid "B+", or 8/10 stars. If you enjoy dark fantasy or this style of action role-playing game, it's worth checking out. It also tends to go on sale on Steam, which is when I would suggest picking it up. If you are interested in picking up a copy, you can get one from the developer here or on Steam here.

Congratulations @gamingcrit.com! You have completed the following achievement on the Hive blockchain and have been rewarded with new badge(s) :