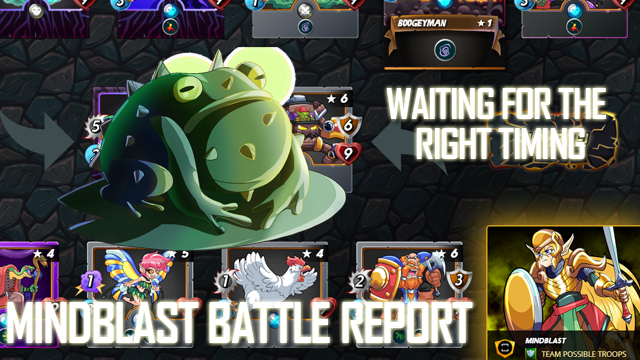 If you are able to maximize this monster you can see it very amazing with a 3 melee attack, 4 speed, and 4 health. I guess the bargain for a 3 mana will surely be better when you got this. 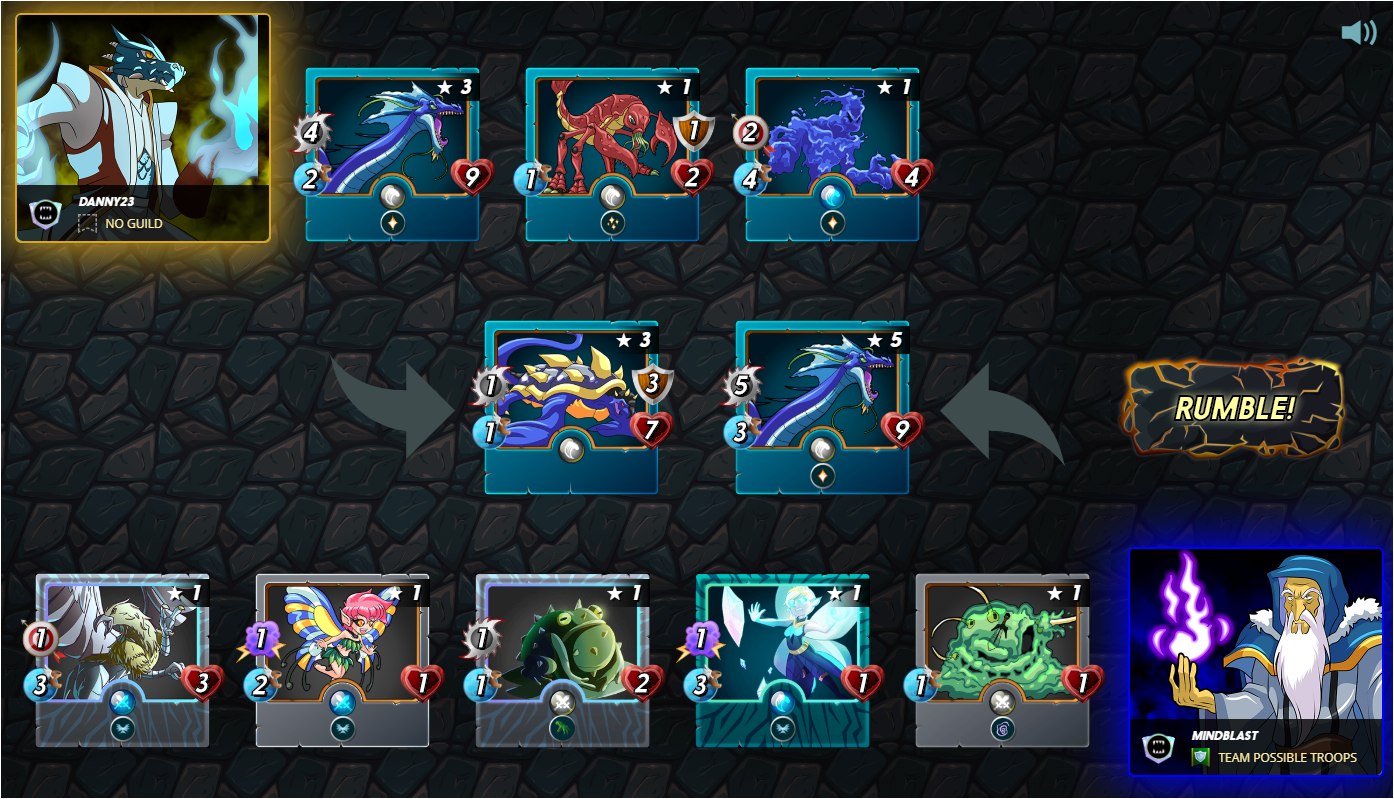 In this battle, I used a Water Splinter while my enemy uses a Dragon Summoner. I think that I will have a better chance of winning on this as I could immediately go to its health points and especially I have a boost of magic attack, making my magic attack 1 into 2.

Both of these monsters are can work effectively in battle so I would assume that they could perform well. I put my Sea Monster in front, in order to protect my other monsters from being targeting. I believe that he is sustainable in battle and could survive as it has healing ability which will heal a portion of its life. It has also a high health which helps him to stay longer in battle. Creeping Ooze is one of the most important things in this battle as it can help lower than the enemy attack speed so you might have some delay as my frontline monster is quite slow also. So putty the enemy to slow would help my Sea Monster not to get an attack in the initial engagement as much as possible. Since I'm in need of a flying monster so I could gain an advantage in the Earthquake effect so I choose Ice Pixie and put her into in the third position. With its boost up the magic attack through my summoner I guess he could direct hit on the health points to all enemy monster that it targets. It got also an average attack speed which is great to have in the battle. Now, we just need to select another Pixie in battle. but this time she is a happy pixie not like the other one who is very furious and ready to engage the enemies that are in its way. Enchanted Pixie can play a big role in this battle as it can deal magic attack on the monster while being safe as we put her in the fifth position. And lastly, Tower Griffon wherein we put it in the last position as it is a ranged attack type monster as it is very vulnerable on my side to put it near the enemy as it cannot attack whenever it will be in the first position during the heat of the battle.

The attack speed and flying ability is my concern that is why I choose Tower Griffon.

At the start of Round 1, my monster immediately boosts the attack of my two pieces and starts to slow down my enemies with the use of Creeping Ooze. And as of my enemy monsters, they are given additional armor with the help of its Summoner.

I manage to heavily attack its Spineback Turtle and still able to withstand the attack with the aid of its Crustacean King who keeps it healed. But at the end of Round 1, its Spineback now down to 1 health points. 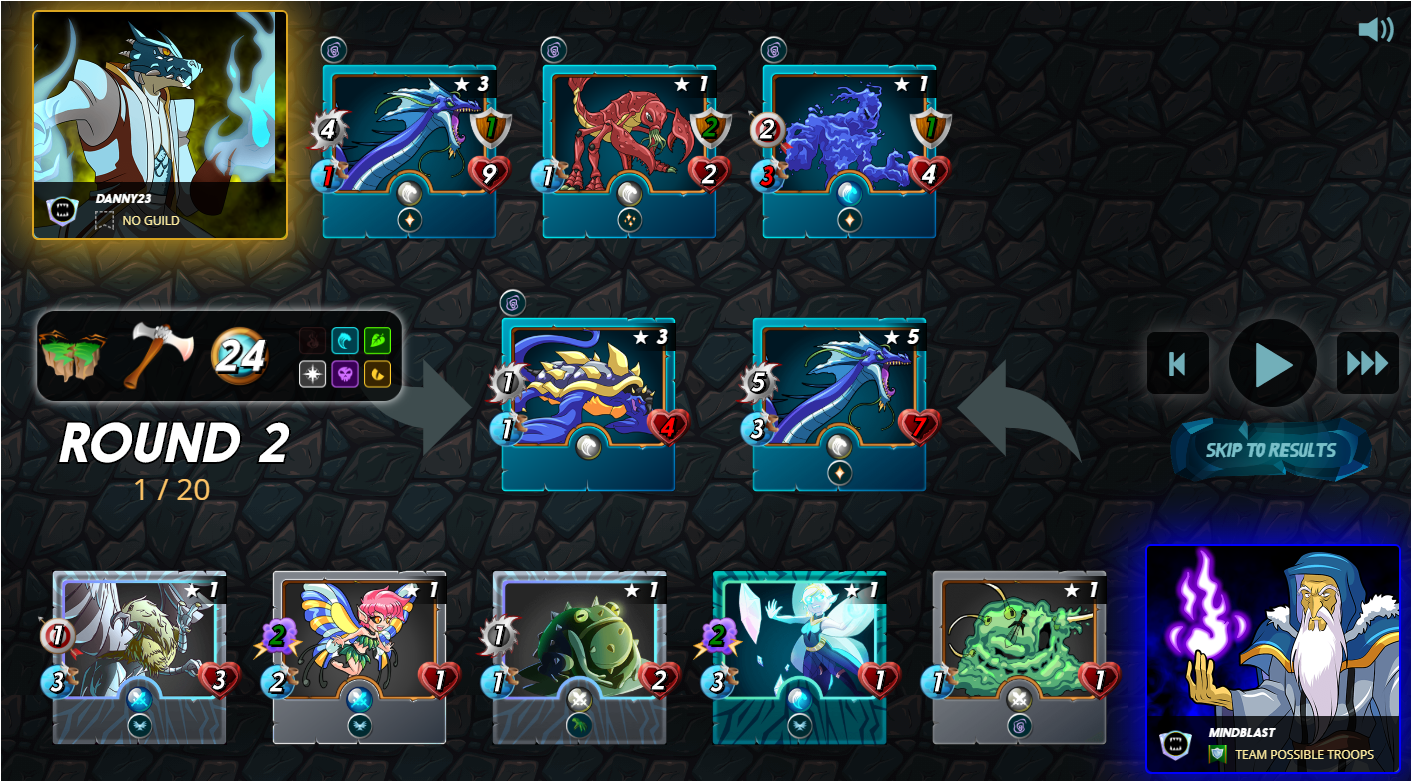 My Ice Pixie just did its job eliminating the enemy frontline. Now it will be a measure of strength as both of our Sea Monster faces each other. I almost eliminate its Sea Monster at the time it replaces it in the front position as my backup monsters really did attack it very well and being followed up by my Sea Monster. 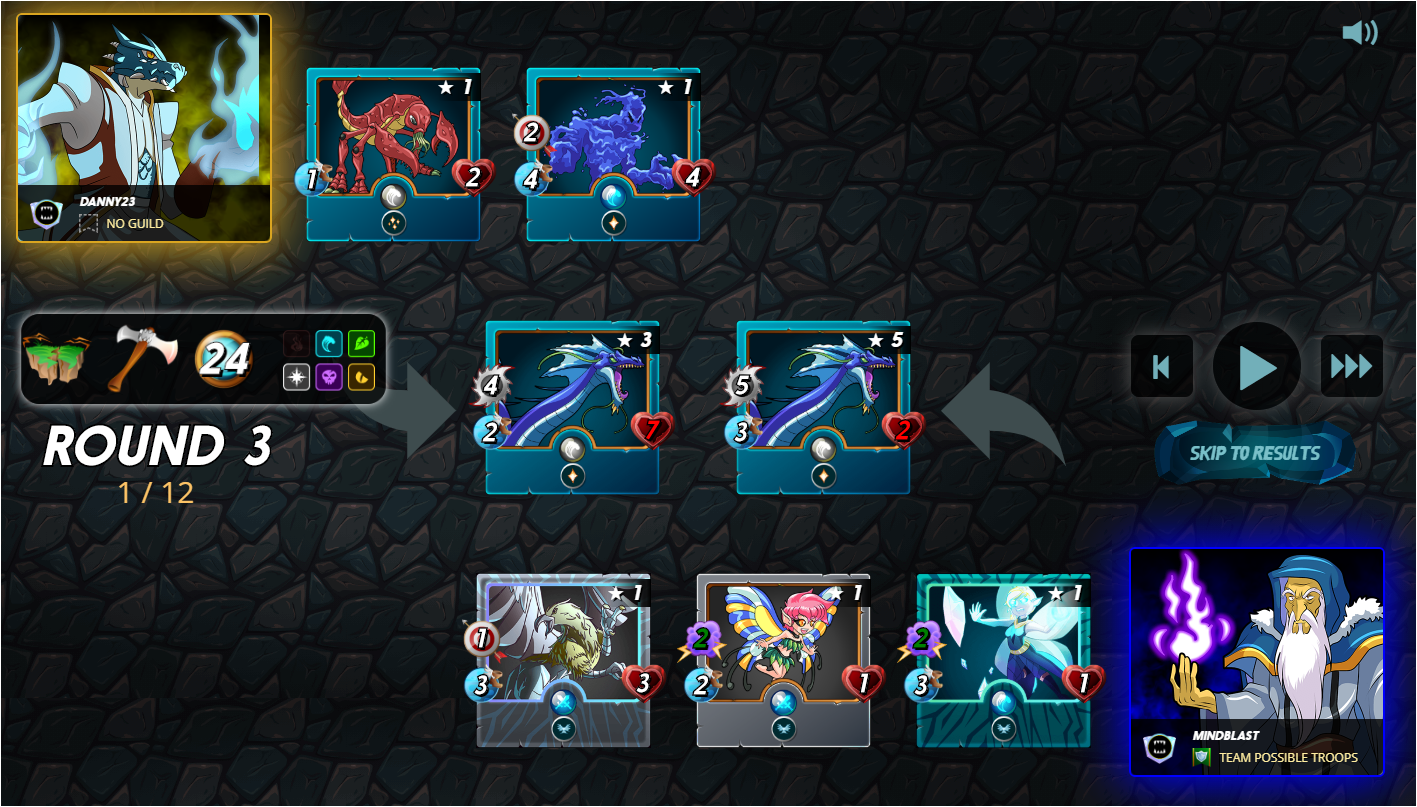 The Earthquake effect really killed its healer and thankfully I manage to eliminate its Sea Monster or else I will lose the battle as we all know Sea Monster has quite a big amount of attack. I then did win the game when I eliminate all enemy monsters.

Waiting for the right moment is a very nice thing.
Nice battle and I liked the way you decorated the post and liked your analysis too. Congratulations @mindblast!
You raised your level and are now a Minnow!