It's been a long time since my last post... but let's make one last effort to close up this somewhat shitty, by all standards, year 2020.

If you've followed me from the early days you know that I'm an avid fan of Formula 1, and I have already written several articles about track experiences; VIP Access and whats going on behind all the glamour. If you see this for the first time and interested to give it a read there you go: Abu Dhabi F1 VIP experience 2017 and Hungaroring 2018. However if you are too lazy too read them :) you can see few highlight images right here! :) 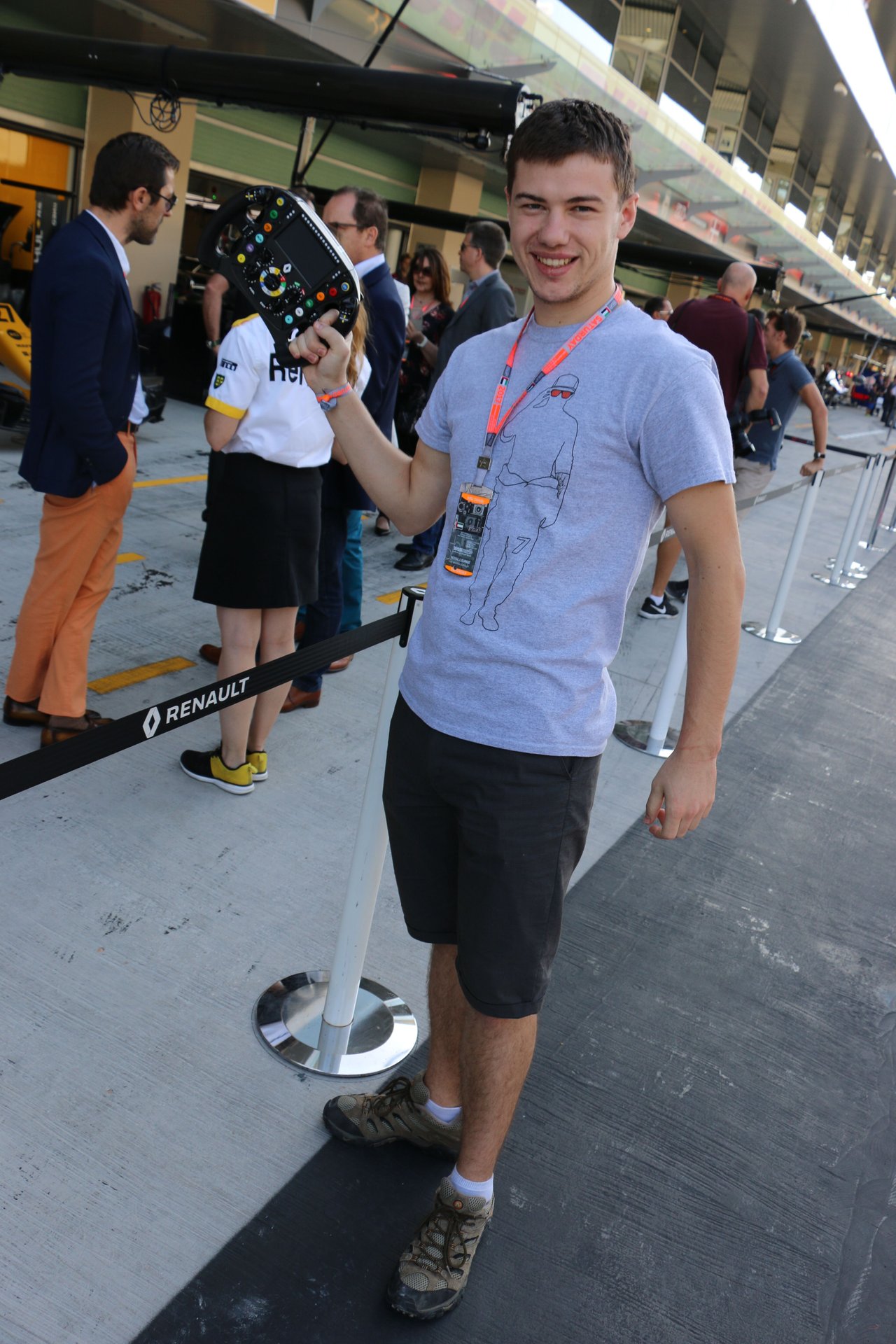 And the same shirt signed by the champion Mr. Iceman! And some racetrack actions; lockups, running wide.
That race in Abu Dhabi was the last race without the halo where you could actually see a driver in the cockpit; Masa's Last race and race where we had a whole lot variety of colors showing the tyre compound. 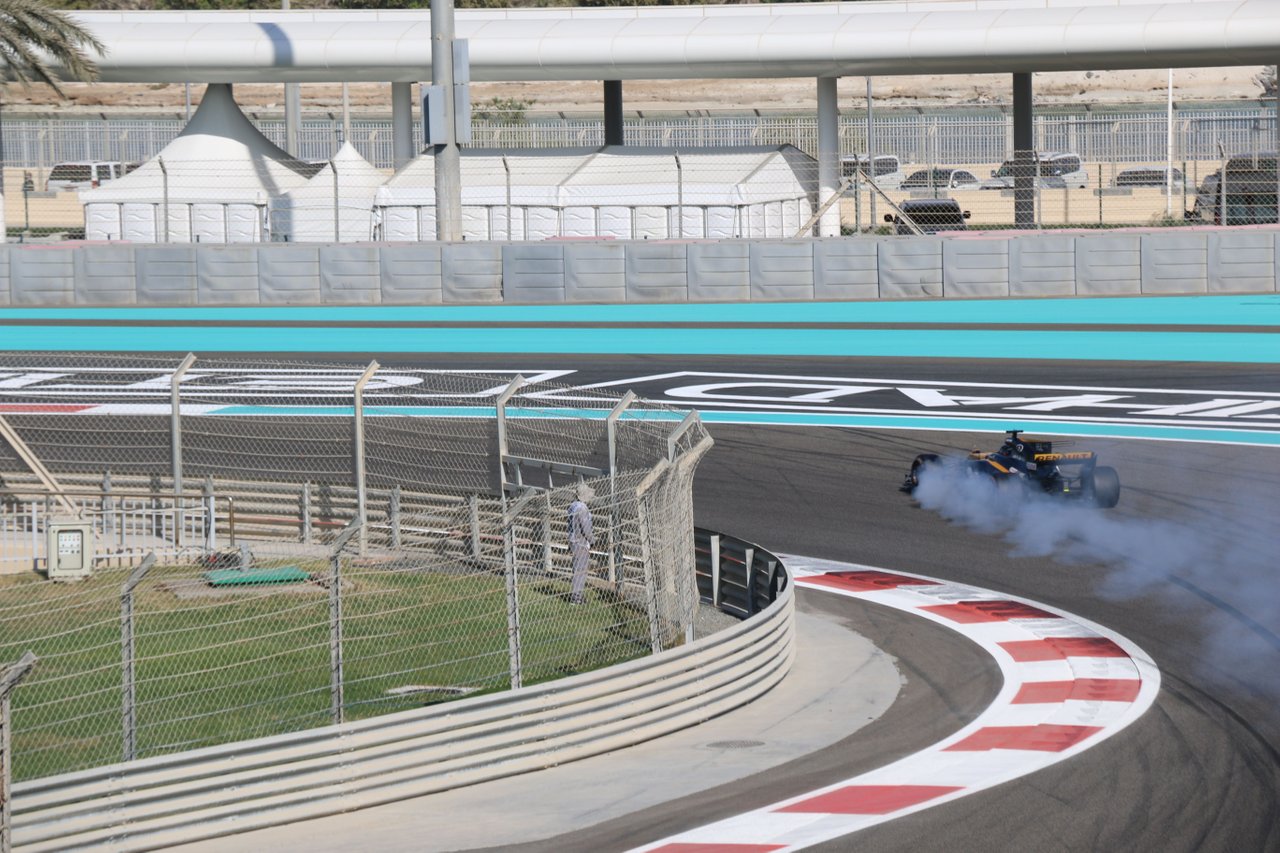 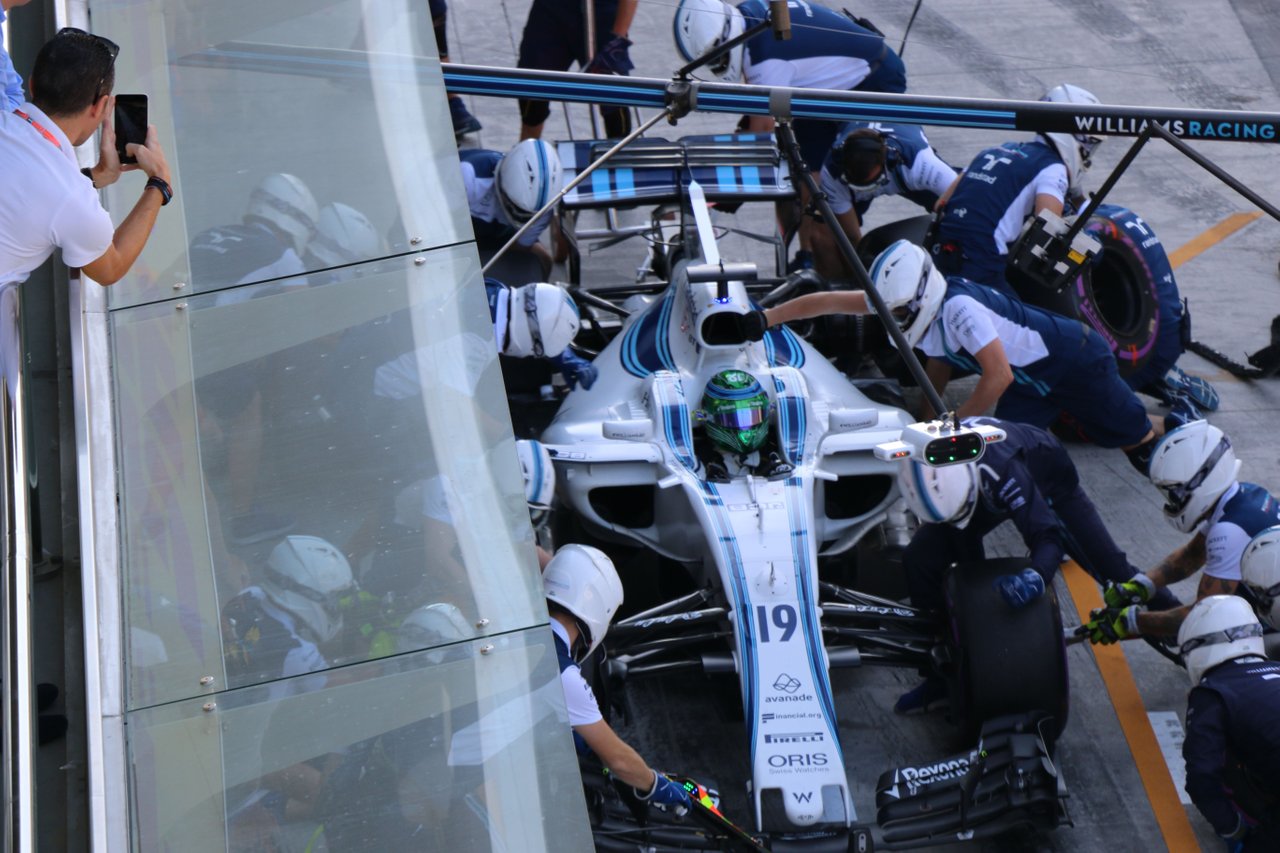 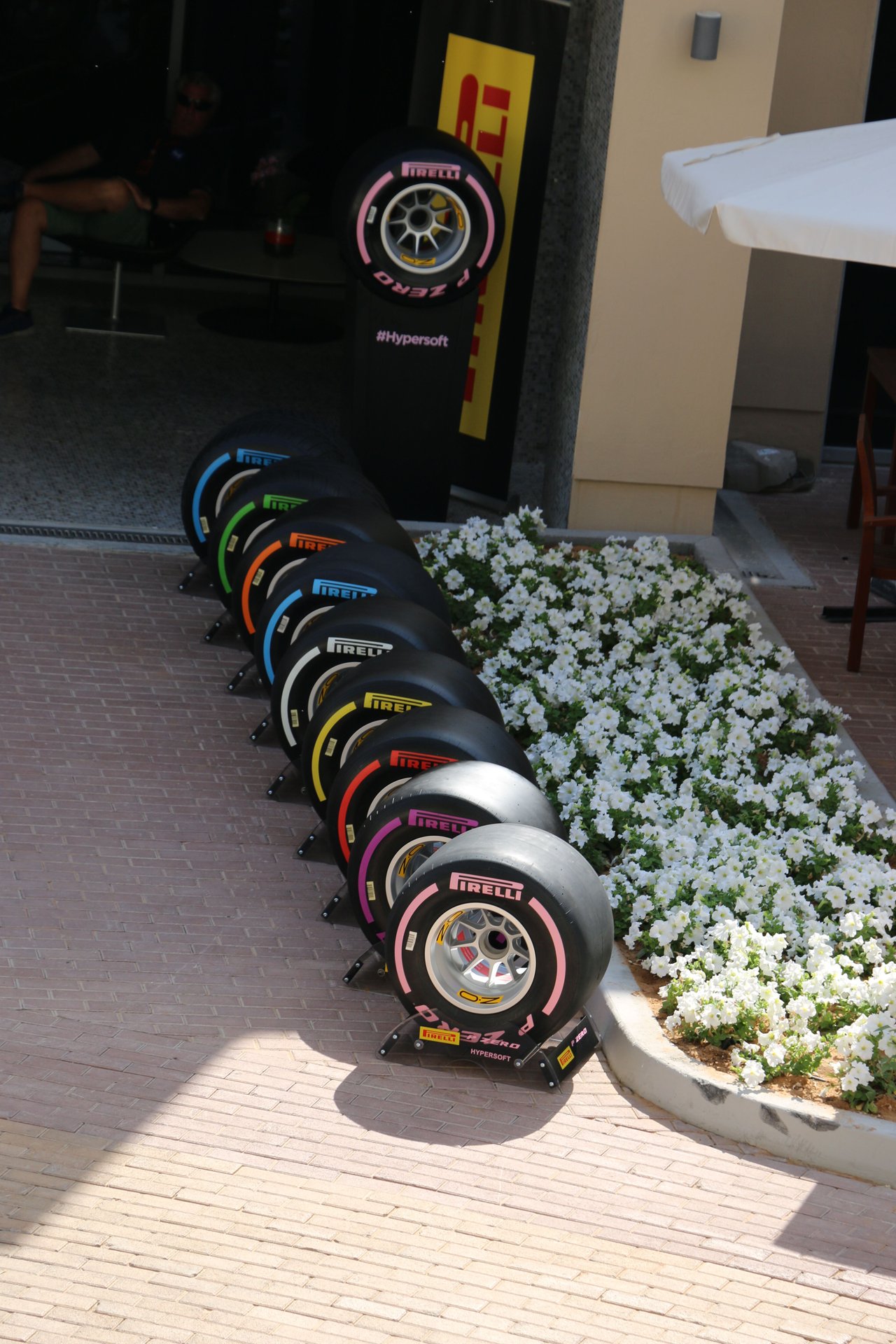 And of course one of the craziest thing: seeing the telemetry data live on track. Might not be exciting for some but it is for me. :) 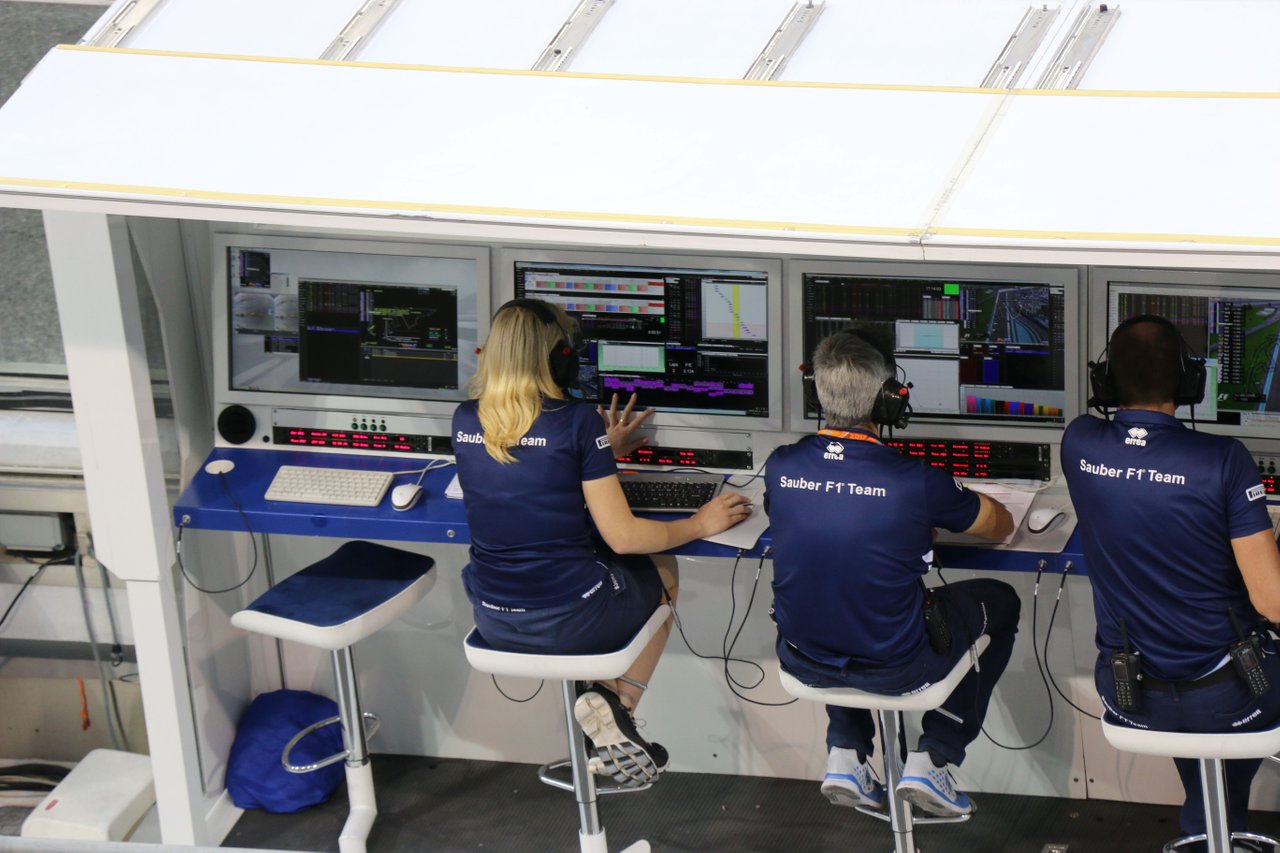 And of course not to miss once in a lifetime Sauber's practice pitstop upclose and personal :)

Why am I writing all of this...

Well For some time now I've been involved with **F1 Deltatime** project. It is a blockchain F1 game and NFT collectibles officially licensed by Formula 1 created by Animoca Brands and it s just one game in the REVV ecosystem(more about it later on) MotoGP and Formula E are expected to be launched soon as well. What is even better F1 is actually tweeting about the game and raising awareness about it! So what is this game about? how does it work? How can I race?

To set up an account you need to have a wallet - metamask works perfectly, but you have other options like fortmatic, portis, or dapper. Now few basic words about the game:

In order to participate in the races/time-trials you will need REVV.

What the hell is REVV?

Are you interested yet? :)
over the last year the game has been hitting spotlights with NFT auction sales like: First ever F1 NFT car 1-1-1 being sold for an amazing 415 ETH. You can read more about it here.

Or just about a month ago the first ever track segment of Monaco GP was sold for f**** insnane 9,081,752.4764 REVV or translated in something easily understandable at that time $223k USD. Just insane! The next two segments were lower tiers (Legendary and Epic) and they were sold for pretty much high price as well 819,000 and 480,000 REVV (~ 40k and 20k USD) respectively. Link to the post-sale announcement from the team is here.
On the image below you can see all the APEX cars that were auctioned and their prices as well as the APEX track segment.

Few more things to mention.
The F1 delta team is working massively even during holidays and overtime as well respecting and really listening to the feedback from the community, and since the game is still in developing phase we,the community, are influencing its final shape.

F1 deltatime has just made a partnership with ATARI!

Bunch of players have organized themselves into teams and now the f1 delta team is also exploring this option for the future plan in the game.

Racing game has rolled out in early december and I've been playing it ever since, it is highly addictive and even tho it has VERY SIMPLE commands/controls throttle,brake and DRS (Drag reduction system) boost IT IS VEEERY HARD TO SET A SINGLE LAP WITHOUT ANY ERRORS.
In the video below you can see professional driver Matt Solomon and consultat to Animoca Brands for F1 Delta time driving a lap around monaco, and explaining it. Now the gameplay has changed a bit, camera angles and some minor details.

Apart from just collecting NFTs, competing in different game modes and tiers there are also generous rewards to be won on weekly basis if you finish in the top 10, and if it is a special event rewards are drastically increased.

But since I'm trying to keep the post somewhat short, more about that and starting guide / how-to play the game in the next post(s).

Here is a quick summary:

If you have any questions regarding the game feel free to ask/comment or if you would like me to cover something specifically in the next post let me know.

Sounds like a load of fun. I can see why so many are thrilled about this. I just love seeing different kinds of gaming genres hit the market. Now if only the game can convert all the formula fans into cryptocurrency users.

Next time I reload on some ETH I might have to play this one. May the gas fees be kind.

looks fun, great thing that they are connecting it to blockchain.

Hehe, yes :)
As in every game everything is tiered.
Apex > Legendary > Epic > Rare > Common.

Higher tier doesn't necessarily mean the better. Stats vary between tiers/cars & parts.There are bunch of tracks and different aspects of the car/driver combo are needed on different tracks (top speed/acceleration/grip & stamina/aggresion/concentration) and then add 4 different weathers with 5 tyre compounds. And soon enough you have a very complex game. :D

Now regarding transactions... the cheapest car I was able to buy some time ago was 0.05 ETH but the prices have gone up now (at least for season 2019 items - which is playable atm) - but the usual story is - ETH gas is killing us, tho you don't need to pay any gas fees to actually play the game which is awesome!

They should consider getting on to a rollup, maybe ImmutableX which is designed by the Gods Unchained people specifically for NFTs. That way you stay on ethereum, but also gas is dirt cheap.