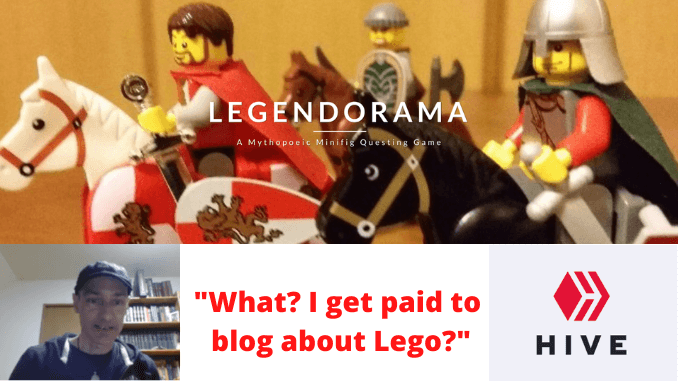 Hello everybody! I came across the Hive Lego community last night and would like to join you.

My name is David Hurley. I run a minifig gaming blog called https://legendorama.com where I play out an open-ended Lego minifig questing game whenever I get time... No progress so far this year...

I reported about the group in a video for another community, but I think it would be a suitable way to introduce my engagement with Lego to you!

Our knight, Sir Richard Radclyffe by name, is preparing to set forth “upon a great adventure” to “prove his puissance in battel brave… and his new force to learn.” He rides a white, caparisoned charger with chanfron and crinet. He has his shield by his side and his sword is sheathed. His arms are a golden lion rampant on red and white quarters. By his side run his two hunting hounds, Merriman and Belman.

Here is a portrait of our doughty Knight, Sir Richard Radclyffe: 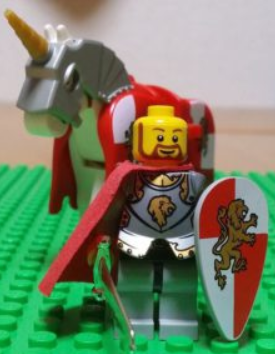 As Sir Richard travels through unchartered territory he will encounter a series of exoteric circumstances as revealed by the Lower Arcana of the Tarot.

If Sir Richard survives his great exoteric adventure, he will be initiated step by step into all 22 houses of the esoteric Upper Arcana.

Sir Richard quest will be mapped on a 9 x 9 shogi (Japanese chess) board. Each square of the original board can be magnified to reveal another 9 x 9 shogi grid, each square of which measures approximately 1 square mile.

Whatever incidents occur in the squares of the smaller shogi boards will be played out on a tabletop or floor with Lego Minifigs largely drawn from the Kingdoms Knights series.

I will use dice to map the terrain and the inhabitants thereof. I will draw one tarot card per “game day” in a deck that will consist of all the lower arcana and only one upper arcana at a time.

The upper arcana will be added to the deck in order, beginning with The Fool. The knight’s aim is to survive and thrive until he attains initiation into arcana 21. Each arcana will affect his character and his prowess.

Welcome to the Lego Community. We look forward to seeing more of you...

This is an awesome idea! Love it! Looking forward to checking out what you have and seeing more!

This post was shared in the Curation Collective Discord community for curators, and upvoted and reblogged by the @c-squared community account after manual review.
@c-squared runs a community witness. Please consider using one of your witness votes on us here
$0.00
Reply