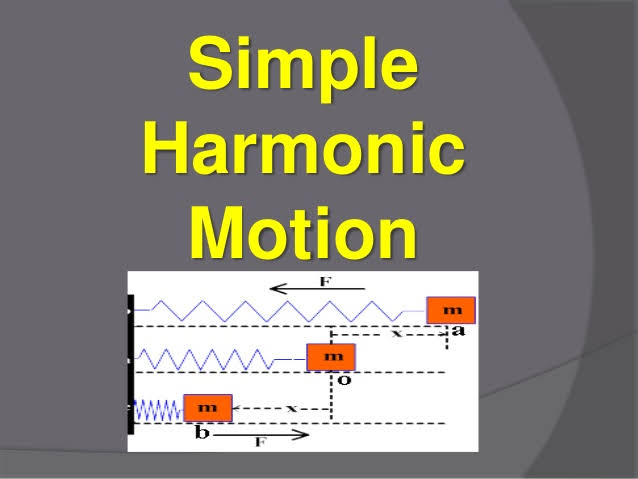 The movement of motion of an object about a new position such that the acceleration at any point is proportional to the displacement of an object at that point and directed toward the mean position.

Graph Of A Simple Harmonic Motion
When a particle is undergoing simple harmonic motion, the displacement time graph of the motion is represented by a sinusoidal curve or sine curve.

Velocity Of An Object During Simple Harmonic Motion
When a body is undergoing simple harmonic motion, it sometimes makes another move in circle with uniform speed.
Such is the case with the movement of piston which brings about a rotational motion of the shaft in a car engine or the motion of a rod connected to the wheel of a mechanically operated foot sewing machine used by tailors.

Congratulations @cryptofi! You have completed the following achievement on the Hive blockchain and have been rewarded with new badge(s) :