How are you all guys hope you will be blessed and fine. In today's post, I will share the focus rewards of today from my main account and legendary level 1 account along with liquidity pools.

Here is a common gold vampire bat a new reward card from the earth splinter with the flying ability and 3 mana cap cost which i get in gold foil at level 3 while i already have one before so combined it to make this to the level 4 version soon i will upgrade this card in gold foil to next level for the level 5 summoner. 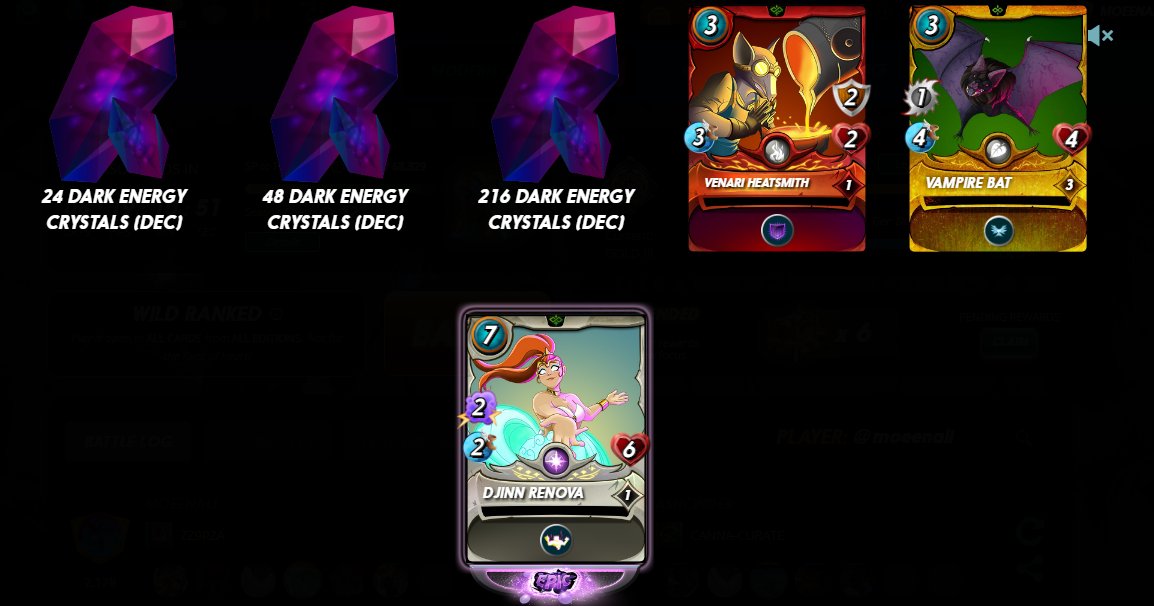 It was a focus quest with water splinter and i claimed the yesterday quest on the time but did not retrieved the new quest because of the net issue and as a result i got it in the morning so today's quest was completed in the morning but i did not claimed it because i am writing a post at late night so i can easily get some spare time for playing and claimed it sometimes ago and got these rewards with some dec tokens and one epic card along with one common gold. 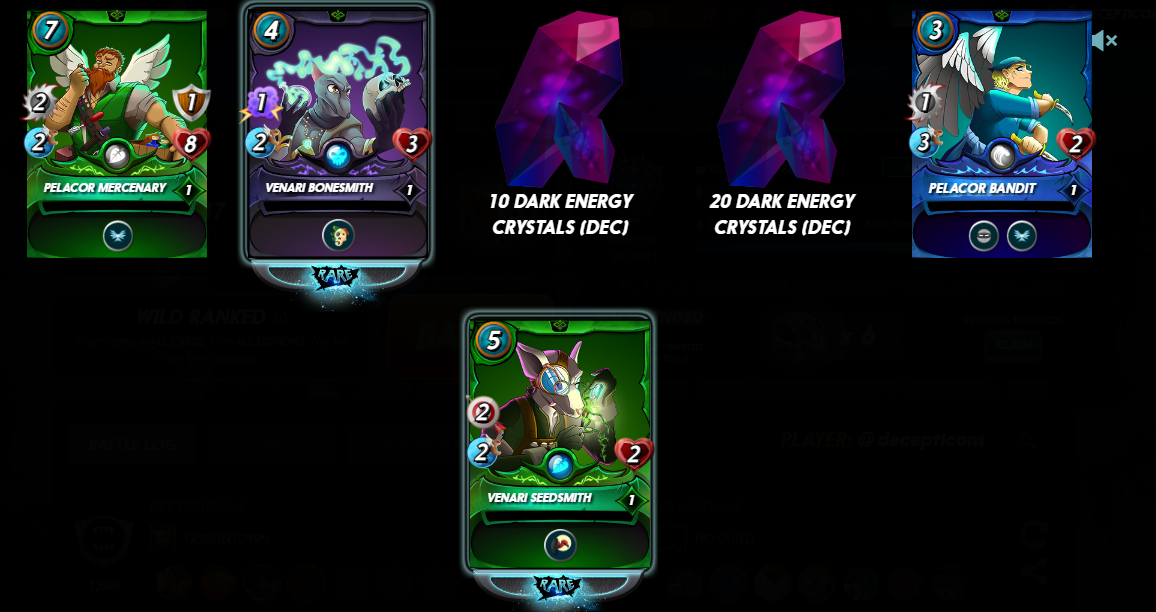 Well, just completed 100k collection power in my alt account i was confused that why the collection power is decreasing in my level account but i realized that i transferred some epic cards to my main account two days before for upgradation and did not checked the CP but today i have delegation a card with 1000 collection power and completed the 100k while got these rewards in silver league with 2 rare cards.

Congratulations @moeenali! You have completed the following achievement on the Hive blockchain and have been rewarded with new badge(s):