Some considerations on the Venezuela monetary system

amestyj (70)in GEMS • 11 months ago (edited)
Dear readers, when we speak of monetary system we refer to any currency in legal circulation in any country, governed under certain parameters. In the case of Venezuela, the currency in circulation is the bolivar, which over time has undergone several monetary reconversions.
Image allusive to a monetary system, taking into account the Roman one.

Public domain image of the Roman monetary system Sailko 2010
In this sense, Mesa and Gómez (2008) state that on January 1, 2008, the first monetary reform was implemented in Venezuela with the official introduction of a new currency called bolívar fuerte, which replaced the old bolívar after the elimination of three zeros from the one thousand bolívar bill. From a theoretical point of view, this innovation process is also known as reconversion.
It is worth mentioning that when we talk about monetary reconversions we refer to the change of the monetary cone of a country, in the particular case of Venezuela a number of zeros were reduced to the current currency, these according to some specialists occur when there is a loss of purchasing power due to inflation that may be originating at that time, and also causes a strong depreciation with other currencies in the world.
It is important to take into account that Venezuela has undergone two monetary reconversions, the first one in 2008 called bolivar fuerte which was in force until August 2018, when another reconversion took place where 5 zeros were removed from the current currency and it was called bolivar soberano which is still in force today.
Banknote of the current monetary system in Venezuela 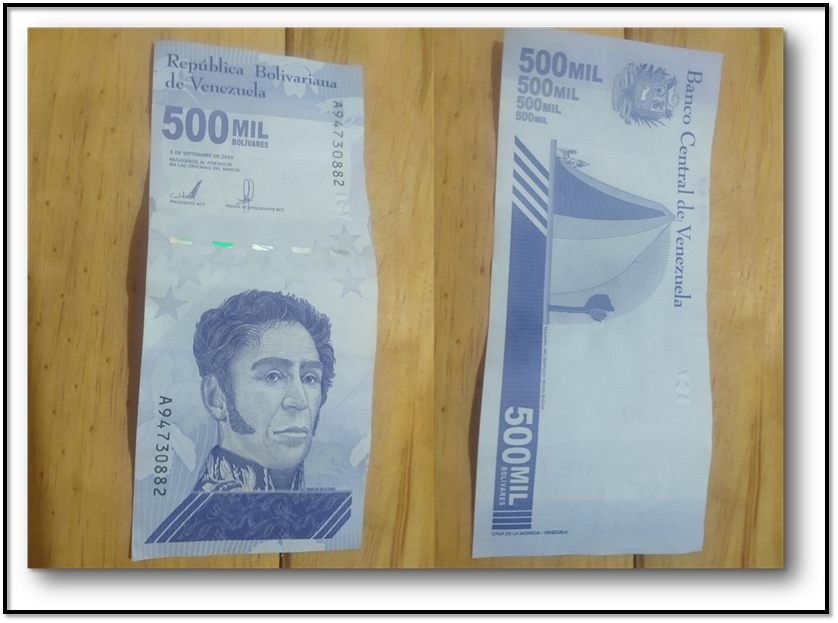 Photos captured by @amestyj
One of its advantages is that it is no longer necessary to have a large amount of paper money to carry out different transactions and it also allows companies and public entities to carry out accounting procedures more easily. As for what I consider a possible disadvantage is that the prices of items may increase due to the fact that sometimes there are not enough coins of different denominations in circulation, which makes it impossible to give the changes that are needed, this being one of the easiest measures to take on the part of merchants.
To conclude, it is necessary to mention that in Venezuela at present, due to the high inflationary indexes that are being presented, both companies and individuals have decided to handle foreign currencies, which in this case would be the US Dollar, in order to have a little more economic stability, since the value of the Sovereign Bolivars is decreasing every day and does not offer economic security for the citizens. Even though the US Dollar is not the official currency in the country, Venezuelans feel that this currency is one of the most stable and they can save without fearing the devaluation of what they have saved or invested.
Mesa and Goméz (2008). Analysis and perspective of the monetary reform in Venezuela (The Bolivar) University of Medellin Colombia.

Thank you for your support dear friends