People always tend to find excuses and justifications for what they want. That is why, despite the obvious harm of alcohol, the huge number of studies and examples from life, many people still continue to believe that alcohol is not only not harmful, but even useful.

Of course you can assume that alcohol in small doses has a positive effect on some body systems (for example, cardiovascular, as some studies say), but it is difficult to deny that this does not prevent it from destroying the whole organism, and also does not justify alcohol addiction in any way. 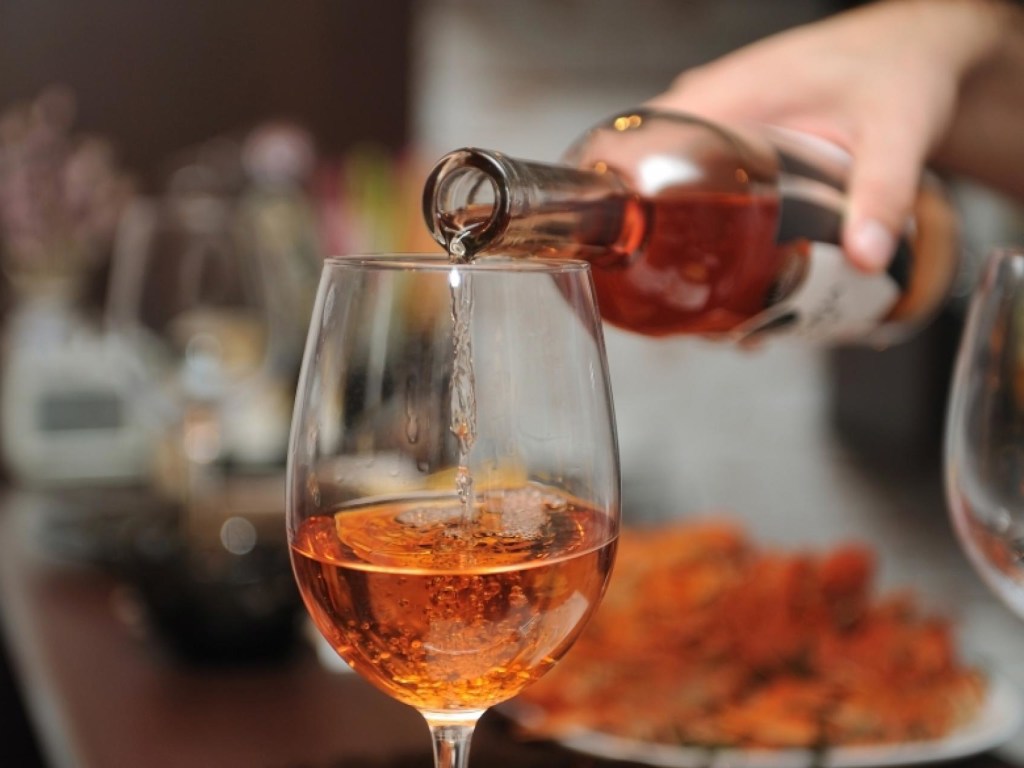 Although the harm of alcohol is obvious to almost everyone, some scientists continue to insist that alcohol (especially red wine) in small doses is an excellent remedy for stress, which relieves nervous tension much better than any medicine.

But is it so? Let's face it. Alcohol has never done anyone any good, and no wonder: alcohol is a poison that destroys the human body and causes addiction.

Have you ever wondered why a wound is treated with alcohol? The answer is very simple - alcohol kills cells and germs are killed. Alcohol(ethanol), which is the base of any alcoholic beverage, kills cells as well as humans. Once in the human body, the ethanol is carried through the blood throughout the body and concentrated in the liver and brain. Cell destruction occurs mainly in these two organs. It is estimated that for the process of cell destruction to begin, it is sufficient to drink only the equivalent of 20 ml of alcohol for men and 10 ml for women.

Proponents of "moderate drinking" often use the concept of a harmless serving of alcohol. A portion, aka drink, is the amount of alcohol containing 18-20 grams of ethyl alcohol. Based on this recommendation, one can drink 40-50 ml of vodka or cognac or 150 ml of wine or 300 ml of beer per day (twice as much for women).

And many people believe that by drinking a small dose of alcohol, the "norm," they can enjoy themselves and avoid negative consequences.

But what is a norm when it comes to alcohol?

It is clear that no one will drink such small, limited doses.

Imagine this picture - you walk into a bar and say to the bartender, "I'll have 50 grams of vodka, and that's it!", have a quick drink and leave. Or a company situation - everyone gets together, has one drink and goes home.
Is that realistic? I don't think so. After a drink, most people reach for a second and third. And it ends up being an overdose of all moderate standards.

This is where the cognitive distortion of our thinking, the illusion of control - a person's belief that they can control or influence the outcome of events, when in fact they can't.

Over time, people are increasingly unable to deny themselves another dose of imagined pleasure and take alcohol regularly. This is how a psychological and physical addiction develops. The body constantly demands new doses of alcohol.

It all ends up at the DNA level. As recent studies have shown, under the influence of alcohol human DNA changes, further increasing the craving for alcohol. A "vicious circle" is formed, which is not easy to break. Drinking becomes habitual for a person, which is a direct road to alcoholism.

Alcohol is a drug

Alcohol addiction is a problem in many countries, regardless of their level of development, in some of them the majority of the population drinks regularly. For example, according to the alcohol atlas published by the German Cancer Research Center, only 3% of all adults in Germany completely abstain from alcohol.

So how does it enslave a person? Once in the body, alcohol concentrates in the brain cells, where it affects two groups of neurotransmitters. The first is gamma-aminobutyric acid (GABA). GABA is responsible for the inhibitory responses of the nervous system. Alcohol lowers the excitability of GABA, calming the body down. The second neurotransmitter is the opiates themselves (endorphin, dopamine, etc.). Alcohol excites these neurotransmitters, promoting euphoria. With each new intake of alcohol, the brain demands more and more exposure.

Alcohol and the Brain

Alcohol affects all systems of our body. However, the human brain is affected the most. It has been proven that the concentration of alcohol in the brain is almost 2 times higher than in the blood, which actually causes alcohol intoxication.

A study conducted in the United Kingdom with the participation of 25,000 people showed that even moderate alcohol consumption reduces the density of gray matter, reducing its volume to 0.8%. This figure may seem small, but it is four times higher than for smoking. The researchers note that there is no safe threshold for alcohol consumption as such, and alcohol affects the entire brain, not just certain areas.

In addition, negative correlations have been seen between alcohol consumption and the integrity of white matter, the brain fibers that support billions of neurons. Finally, the high blood pressure and body mass index resulting from alcohol consumption also affect brain health. Although the effects seem minor, they eventually lead to diseases such as dementia or Alzheimer's disease.

Interestingly, the inflammation caused by alcohol consumption lasts for at least six weeks after quitting. Research on this topic was conducted by an international team involving the Central Institute for Mental Health in Mantheim (ZI, Germany). 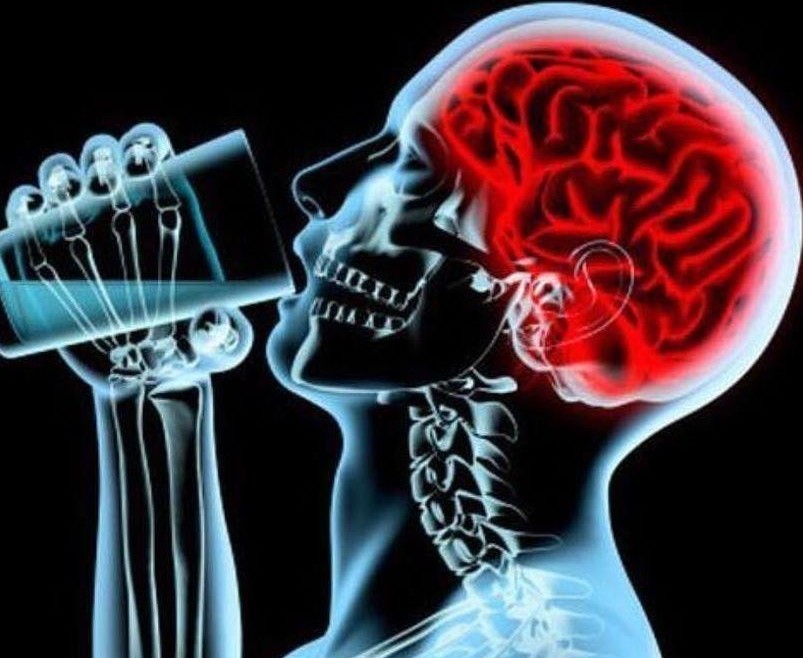 This means that all the while, alcohol affects your mental and thinking abilities, preventing you from using your brain to its fullest potential.

Contrary to previous studies that suggested that moderate wine consumption was beneficial compared to beer or other alcoholic beverages, this one found no evidence that the type of alcoholic beverage affected brain risks. The authors suggested that the health benefits of wine actually explained the association of drinking this drink by people of higher socioeconomic status.

Negative effects of alcohol in all areas of life

In addition to its significant harmful effects on a person's health, alcohol also has negative effects on other aspects of life.

Financial problems. Drinking requires money. Hard-earned money, money that is drained from personal or family budgets. When I see in the supermarket how much money people spend on alcohol, I feel sick. How many good things could be done with that money, both for myself and for others, from investing to philanthropy.

Social consequences. Alcohol and financial problems are the most common causes of all broken marriages and divorces. Alcohol causes aggression and domestic violence, problems at work, and injuries from acts of violence and traffic accidents.

So why do we, knowing all of this, continue to take alcohol? What prevents us from reconsidering our relationship to it?

Here, as in other areas of life, we are dealing with certain cognitive distortions with which we deceive ourselves.

The effect of infatuation is to repeat the actions of the majority, or to believe what other people do or believe.

Distortion in the perception of choices made - the tendency to ascribe positive qualities to the object or action one has chosen. Backward-looking "rational" reasons are found for why a person drank or got drunk.

Confirmation bias - the general tendency to interpret any new information so that it fits with our established beliefs and worldview. When making a decision, a person tends to focus on the opinions he or she already has. By all means, he will seek confirmation of the point of view he already has. Warren Buffett says: "That's what people do best: they filter out new information in such a way that their old views remain intact.

But facts will not cease to exist just because they are ignored.

Alcoholism is a current reality based on many factors. This includes self-deception. We attribute to alcohol some positive properties that it does not possess in order to justify our desire for pleasure or relief. But it is safe to say that despite its availability, attractiveness and popularity - it is a pleasure for our body and our whole life is extremely harmful.

Don't believe the pseudo-studies sponsored by alcohol manufacturers. Don't believe those who claim it is safe entertainment and you can drink a little at a time. It is a dangerous game. Think about it when you reach for your next batch of alcohol.

Take care of your brain, you need it here at Proof of Brain.

It is a bad way out from the things that trouble your mind. It calms thing in such a manner that, for a little while, you can't feel the pain. It's a brief respite and you still need that calm after the respite ends. The problem is that the allure of the calm makes you forget the rest of the world around you.

Sadly both alcohol and drug addiction is one of the most malicious pleasures in the world. I have lost friends to addiction, seen families broken up and torn apart because of its malicious impact on society. It is not the fault of the drug or the alcohol itself; it is what it is. Its toxicity remains whether you partake of it or not. It doesn't intend to hurt or cause damage; it is just within its nature and construct, and becomes almost impossible to extricate oneself from, once you succumb to the allure. And perhaps that's what makes it the most malicious of them all...

Reading this post made me think of the weed community here..
We always come up with excuses for having pleasure - stuff like it has positive health effects, it has medicinal value, we use it in small quantities as medicine. The things we come up with..
Any mood altering substance takes control of you.. so avoid it like plague, that's how I see it.
Research , the so called research funded by the these companies will always remain biased.

Thank you for your attention and feedback) Congratulations on your first win!)

Congrats to you and thank you so much.

Bravo!!!👏🏻👏🏻 Verrryyyy gooood.👍🏻
This is one of the most intellectual post i have seen here on #POB. The post is not just an exposure to the harms and maliciousness of alcohol but it also educates us all on the adverse side effects of the drug.

You explained it in a very understanding manner.

But I still believe they are ways alcohol can be taking responsibly and wisely to avoid any form of maliciousness, Because alcohol is still very good for the body but only when it is not abused. Alcohol makes an individual very happy and euphoric and makes you forget some certain problems and worries for some moment and that is priceless.
But regardless we got to be careful about not letting it get addictive or dependent.

Admirations! Excellently written publication. It's good for more people to read it, not only, but to understand it!
Good Saturday!

Yeah, Yeah, That's how it's supposed to be right there.

Congratulations @alekst7! You have completed the following achievement on the Hive blockchain and have been rewarded with new badge(s) :