Yesterday you met the first of our minor factions: The Suntek. Crash landed on a radiated planet, they have been separated from the rest of the Federation for two centuries.

They are not the only faction that formed an independent society, though. While the Suntek didn't do so by choice, today's faction not only chose to secede from the Federation, they had to fight for their independence as well.

Let's all welcome the Drachians! 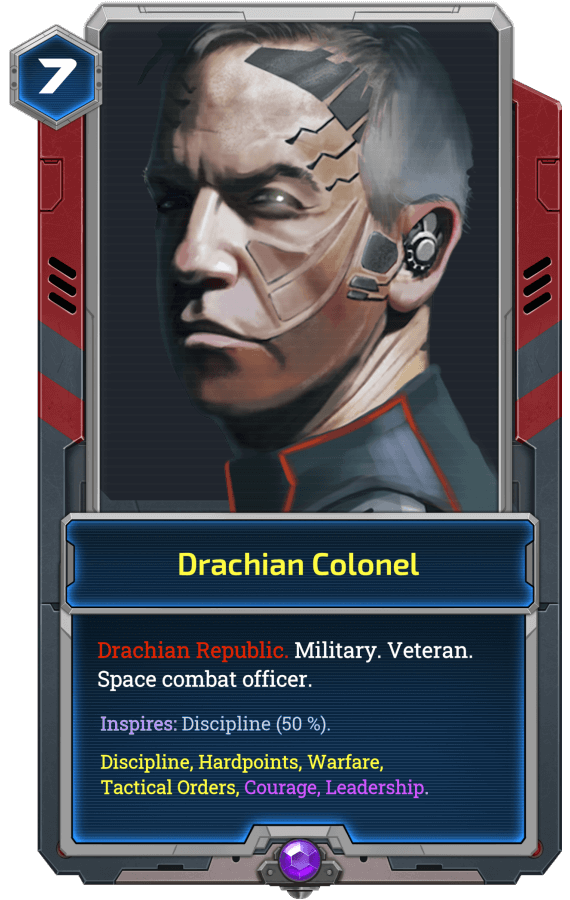 More than 150 years ago, a federal Admiral by the name of Zalchus Drachian was ordered to eradicate a non-threatening colony of settlers. Not ready to cross that line, he disobeyed the order and seceded. He didn't do so alone, though. His whole fleet joined him. As words of his deeds and the order he disobeyed spread across the galaxy, more fleets, more colonists, and even whole planets joined his cause. 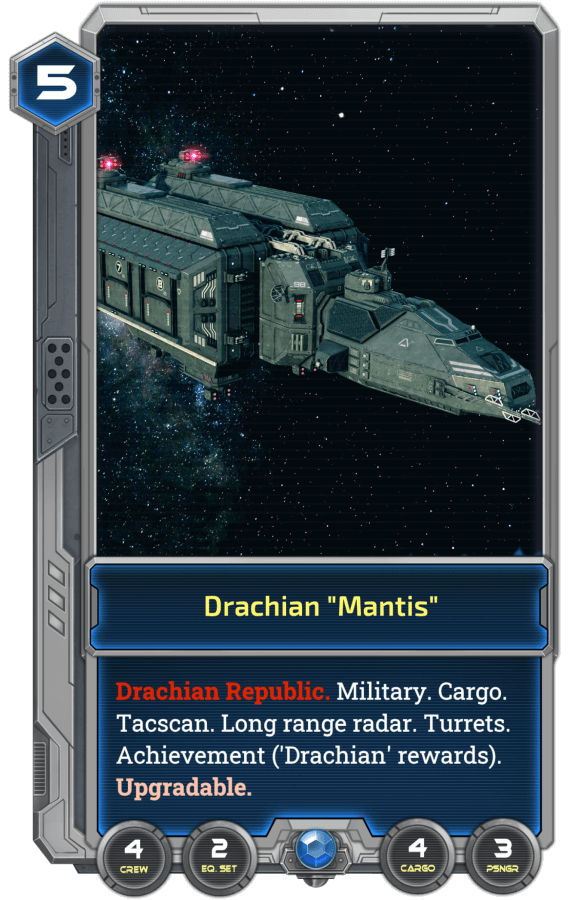 The Drachians value their independence and freedom above everything else and they are prepared to defend it, no matter the cost. Born out of war, they are a highly militarized society and it shows on all their cards.

Drachian officers are well trained, disciplined and highly skilled. The Drachian Colonel is no exception to that. At quality level 7 and with all the traits you'd expect a Space combat officer to have, he's an extremely powerful addition to any military origin on his own. What really makes him special, though, is his ability to inspire Discipline in others.

Inspires is a rather rare and powerful trait that we've never seen on an officer before. Any crew serving with the Drachain Colonel will be highly disciplined and well prepared for any confrontation. 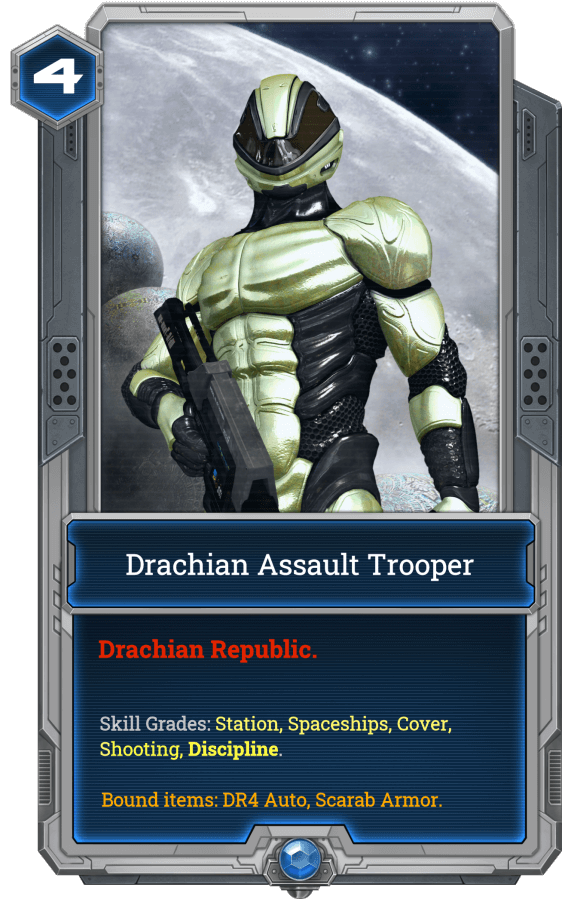 What's true for their officers holds true for their rank-and-file members as well. Drachian Soldiers are among the best troopers in the known universe. While their skill and discipline already sets them apart from the rest, what really makes them special is their equipment.

Independent from the Federation, the Drachians developed their own technologies, highly focused on giving them the edge in any military encounter. Unlike normal troopers, Drachian Assault Troopers already come with their personal weaponry and armor equipped, rivaling some of the best products even Rekatron has to offer.

As you can see, the Assault Trooper only has the Drachian Republic trait, so you can't just add him to your crew. But how do you get them to join your cause then? 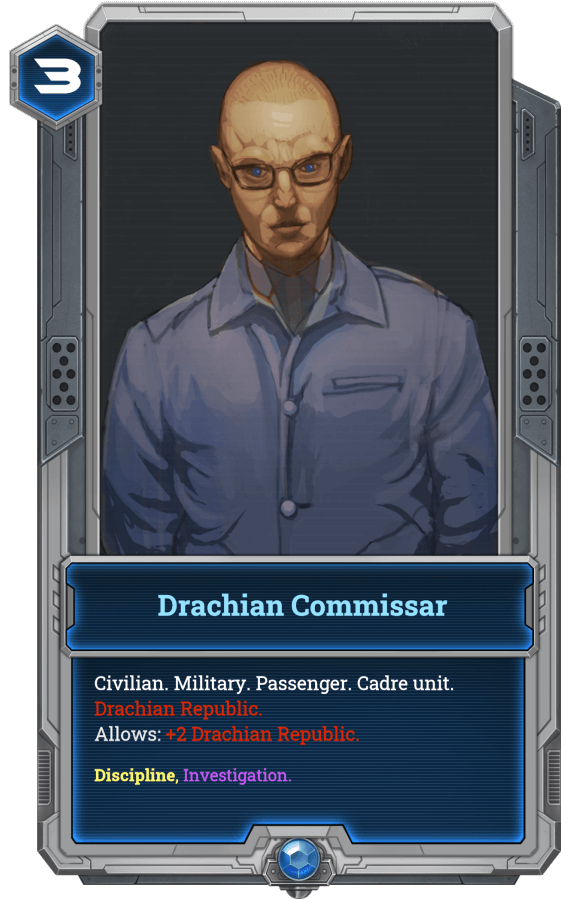 By bringing a Drachian Commissar with you! The Commissar himself is merely a Passenger, so don't expect him to do anything for you during Evacuation. He has the Civilian and Military traits, so any Origin with one of these traits can bring him with.

If you have a Drachian Commissar onboard your ship, he allows you to bring two additional members of the Drachian Republic along. In your colony, the Commissar will be useful in dealing with Secret Agendas and other plots thanks to his bonus to Investigation but other than that, he won't be doing much for you.

That's all from us today, as always, your input is valued and appreciated so we would love to hear it!

Please follow to keep up to date on all things @eXodegame!

Hyperspeed to the eXode universe!

I just bought a Drachian Commissar!

For the Republic Commander!

This is one faction I'm very excited about... And not just because I received a dozen different Drachian units in my packs.

Definitely wish I was getting one of the Colonels! Hopefully he will be the reward at the end of the Drachian achievement path though.

And thanks to this post I think I almost properly understand how keywords work... The troopers only have the Drachian, so they require a commissar. The Mantis though also has the military tag. Does that mean it can be used without a commissar? Or is something still required to allow us to use it?

The Mantis can be played without the commissar. All you need is a Military origin.