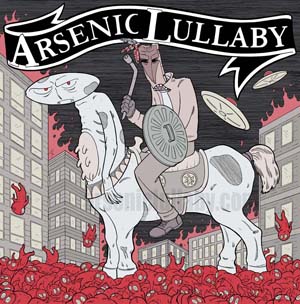 I've minted a good amount of Nft's since the advent of that new medium, and garnered a good amount of clout. For example I and my work was featured at the recent worldwide crypto currency convention Consensus, where I was also a guest on a panel about all things NFT. You can get a glimpse of the projects I've done and been apart of here http://arseniclullabies.com/nft.html

When interviewed I'm usually asked how I got started, and the answer to that is "I found out about it on Hive".

Nft showroom is the Hive based NFT site and it has reached it's 1st anniversary! In honor of that I'm not ony minting something there, I'm making them available at a much lower cost than I can get elsewhere as a thank you to the Hive community and as an opportunity for some of you to own an Arsenic Lullaby nft despite them normally being out of your price range.

Before we get into that, let's talk a bit about @nftshowroom

The site is constantly improving and run by people who gaf. It respectable in functionality and content against many of the other NFT sites out there. That's not a small thing. I've been at this a while and seen sites that are clunky and bush league. NFT showroom is a platform that all of Hive can be proud of. The whole Hive community should be going there, giving some likes, getting some nft's, showing some love, plugging it on other social media sites. This is the kind of endeavor, that if enthusiastically backed, can help the entire Hive ecosystem grow.

My only aside, is the same one I had when it started. The artists there seem afraid or hesitant to list their nft's at what they are worth. LISTEN TO ME YOU ARTISTS- Your work has value, human joy is precious, you are creating things that no one else has in 6000 years of human civilization and pioneering.

Don't be afraid to price your work accordingly. You put much thought effort and skill into it. Take yourself seriously. When I say things like that I often hear responses such as "it's different for you, you're established" or "easy for you to say, you've done work for Mad magazine, Comedy Central, you've got a following, buyers are looking for Arsenic Lullaby nft's" and so on....yeah?....how do you think I got to this point?

...I took myself seriously from day one. and see...that type pride doesn't exist in a vacuum, it's a whole mindset. The more you take yourself seriously on listing a price or how your work is recognized and thought of...the more you work to justify that, the more you improve. At the beginning of my career I knew that I had two jobs 1- to be the best there is at what I do and 2- to get the world to understand I am there best there is at what I do...and it didn't have to happen in that order.

If you don't take yourself seriously, then others won't and that's not the kind of energy that will help you reach great heights? Work hard, show off, be proud of your efforts!

That's not just advice for creative types, by the way.

Anyways...back to the 1st anniversary of NFT Showroom!
In honor of it, I'm minting something on that very site, that's pretty special. 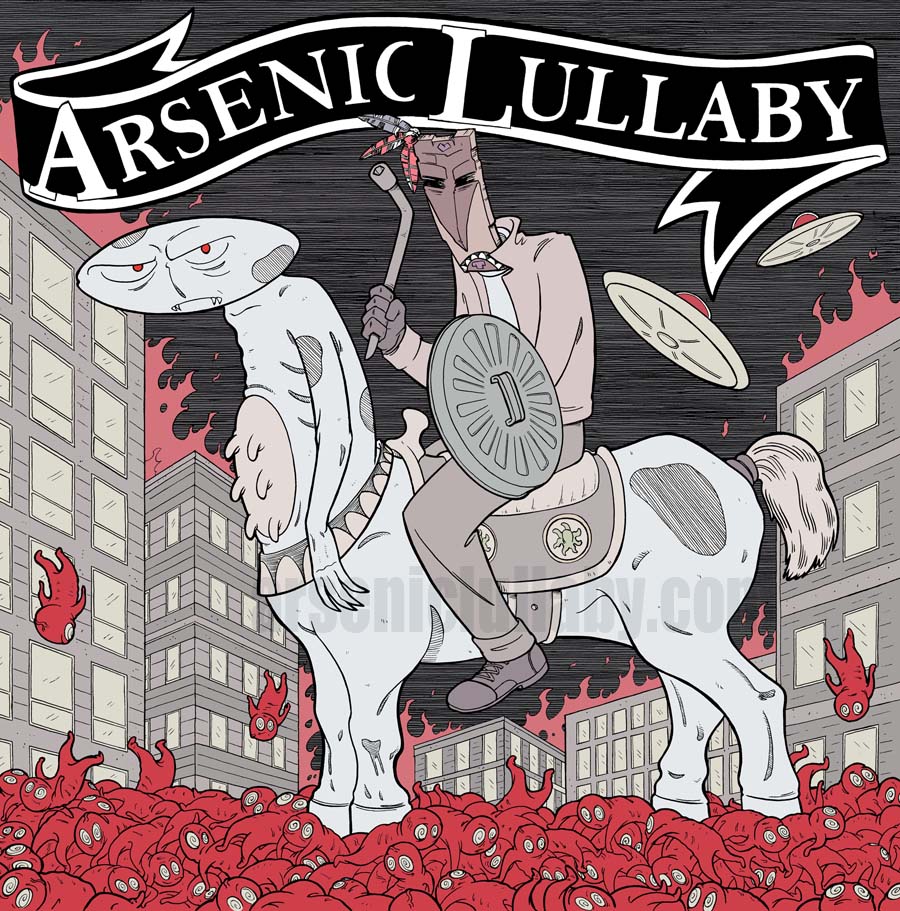 The Arsenic Lullaby comic book series has a wide, bizarre cast of characters that appear, and chief among them are the alien centaurs ( which have appeared on Comedy Central!), and Voodoo Joe and his zombie fetuses. Uhm...explaining this in text would make me sound like a lunatic...better I just show you a couple short stories from each. We'll start with the Alien Centaurs, and a story that was turned into a animated cartoon short by Comedy Central! -

Onto Voodoo Joe and his henchmen, here is just an excerpt of the most recent issue. Here we have Voodoo Joe attempting to train his replacement and teach him the ways of extracting revenge on behalf of others. His replacement, in this case is, looking to double cross him but for the full sorry you'll have to find a copy of Arsenic Lullaby "the Devil's only friend". This'll give you the basic jist of who these characters are though. 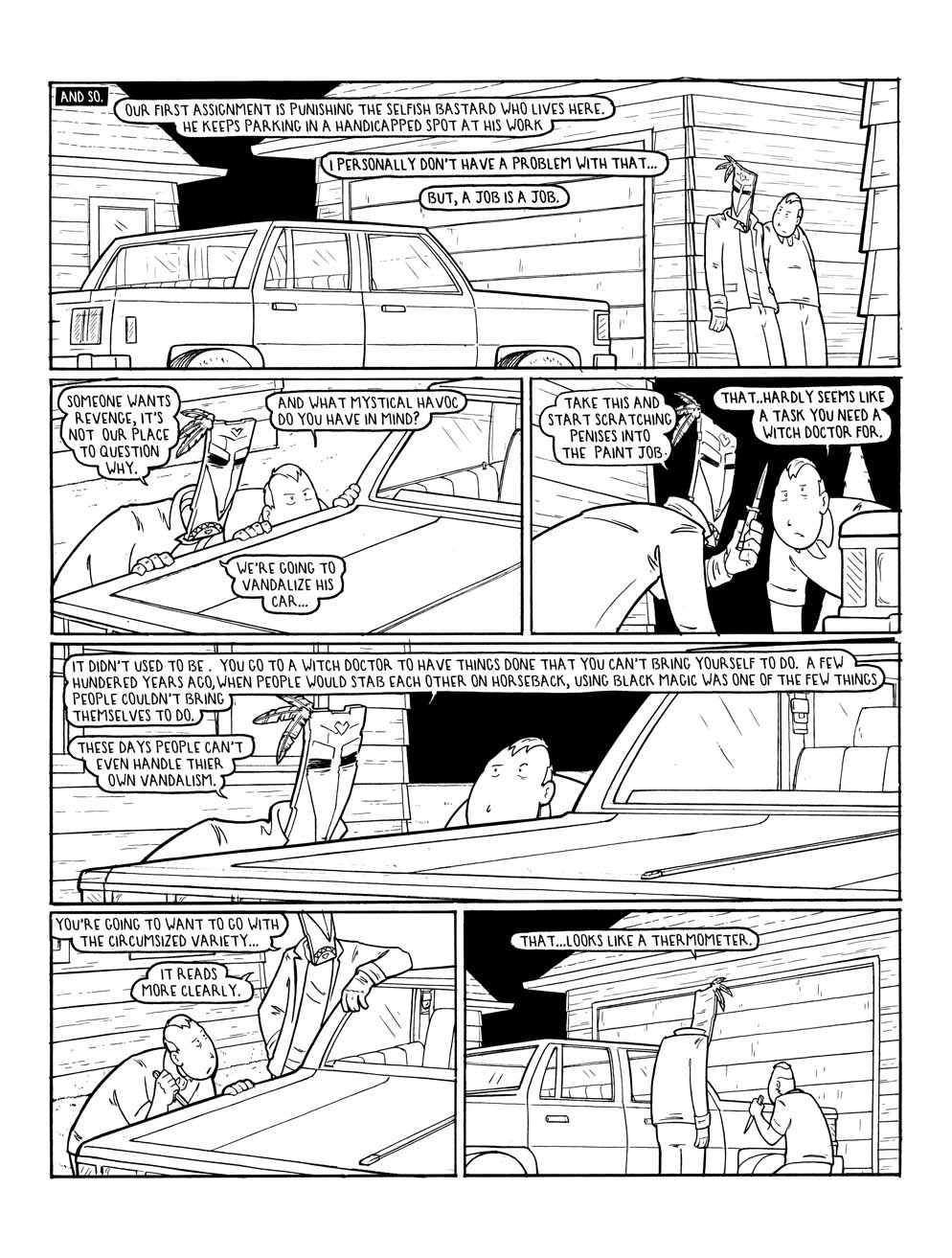 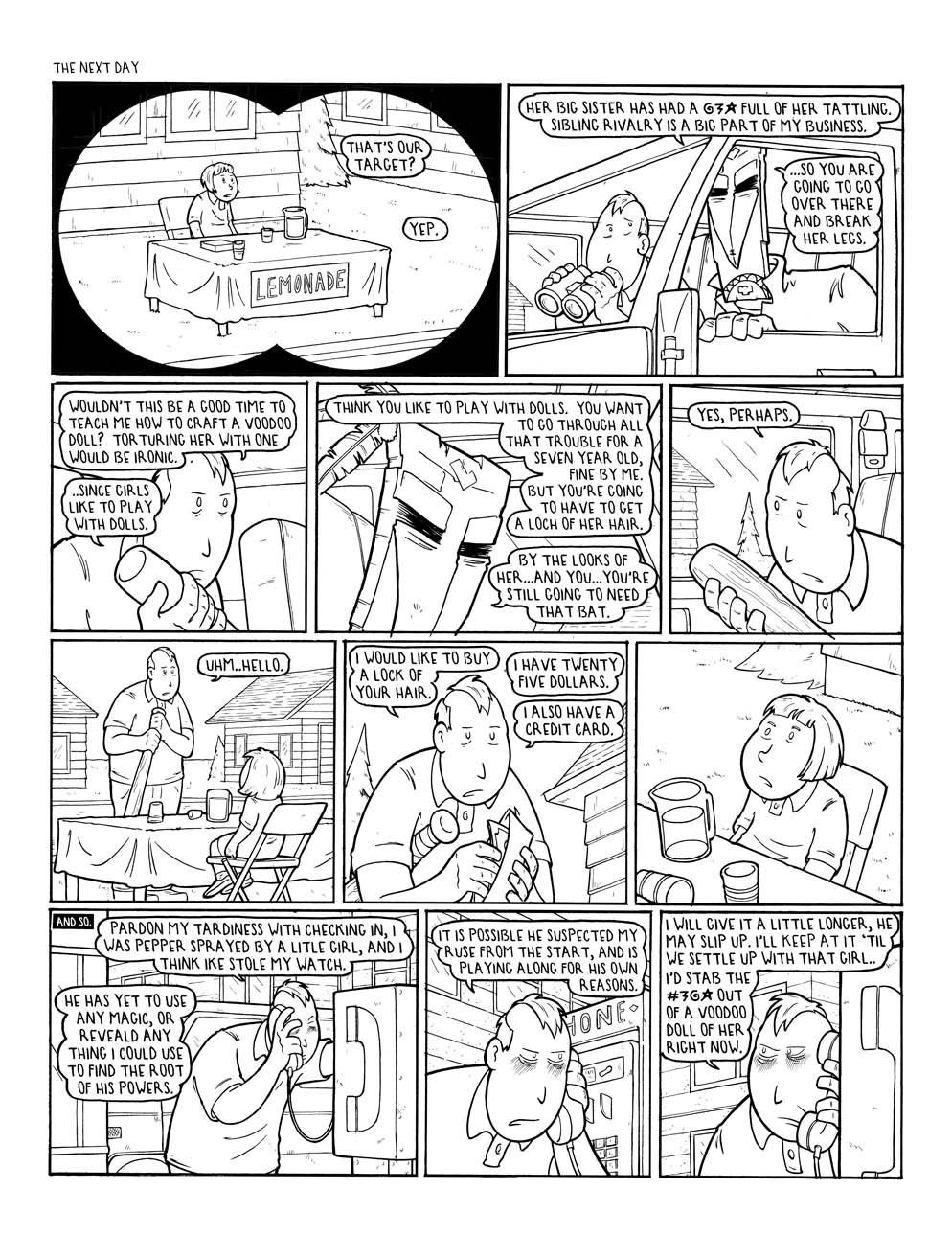 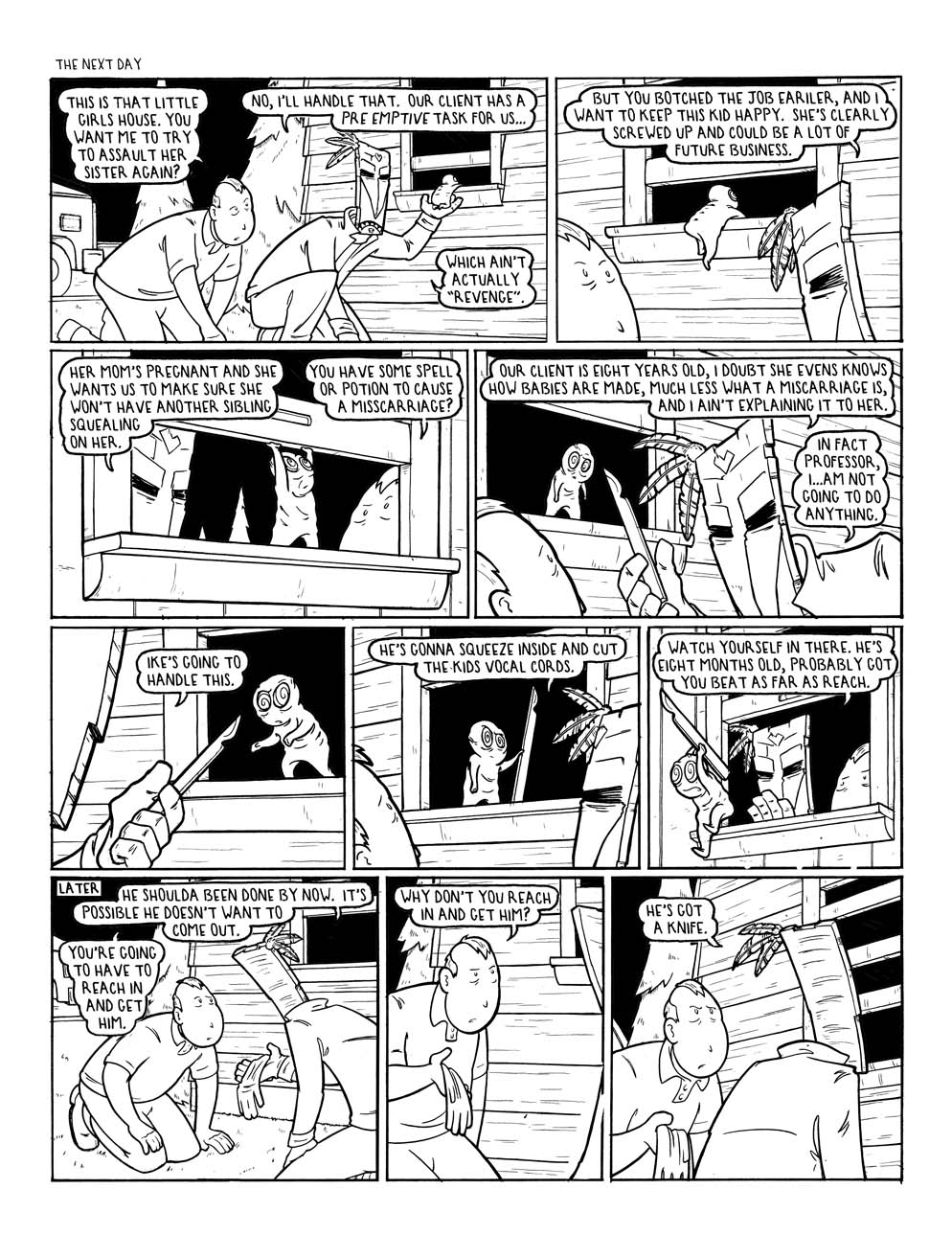 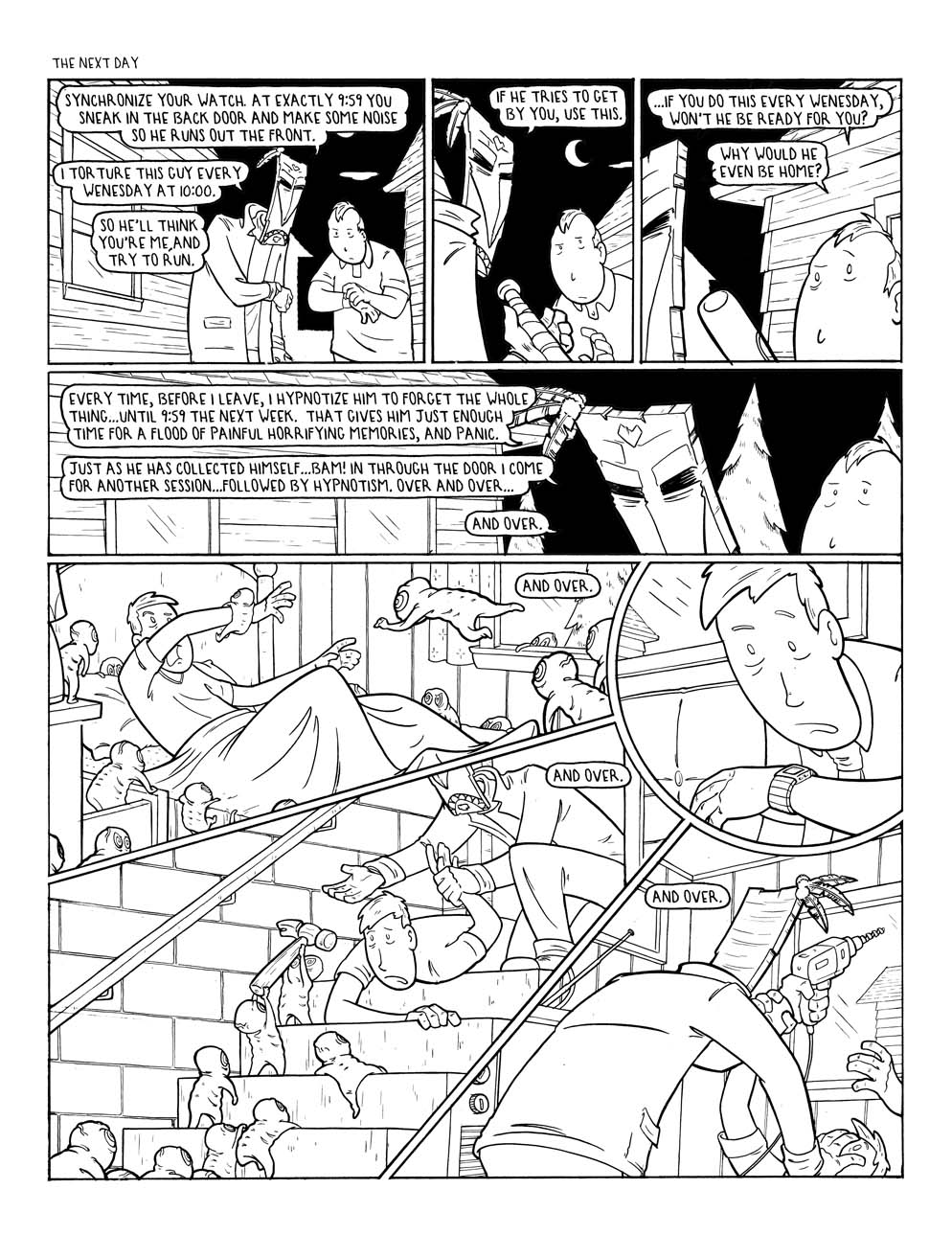 Voodoo Joe is a fan favorite and, dare I say, an iconic indy comic book character.

So, that's who these character are, and I don't recall them ever appearing together on a serious piece ( might have had them together in a sketch I did for someone at a comic-con or something like that...I dunno...I get a lot of strange requests)

The template for this was the iconic Molley Hatch album cover done by the world renowned Frank Frezatta ! 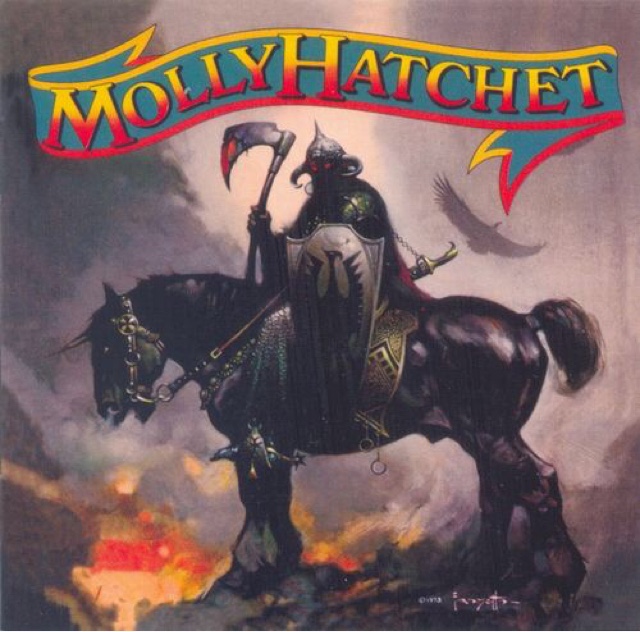 Took a few liberties of course, but the basic elements of the composition are there, and it turned out pretty decent I think.

Hive and the Hive community have been good to me over the years I've been on and the phrase "don't forget where ya come from" comes to mind. So...I'm making the price far lower than I normally list/sell nft's for on the ETH based sites out there ( but don't get used to it, hahaha).

All except for the B/W version... I have no problem owning that myself forever. THAT one will be listed at my normal price. Pay close attention to that price, you hive artists...that's not hopes and dreams...that's what a 1 of 1 of mine sells for (convert the Hive to Eth)....what it sells for now that is, I expect the prices to go up. 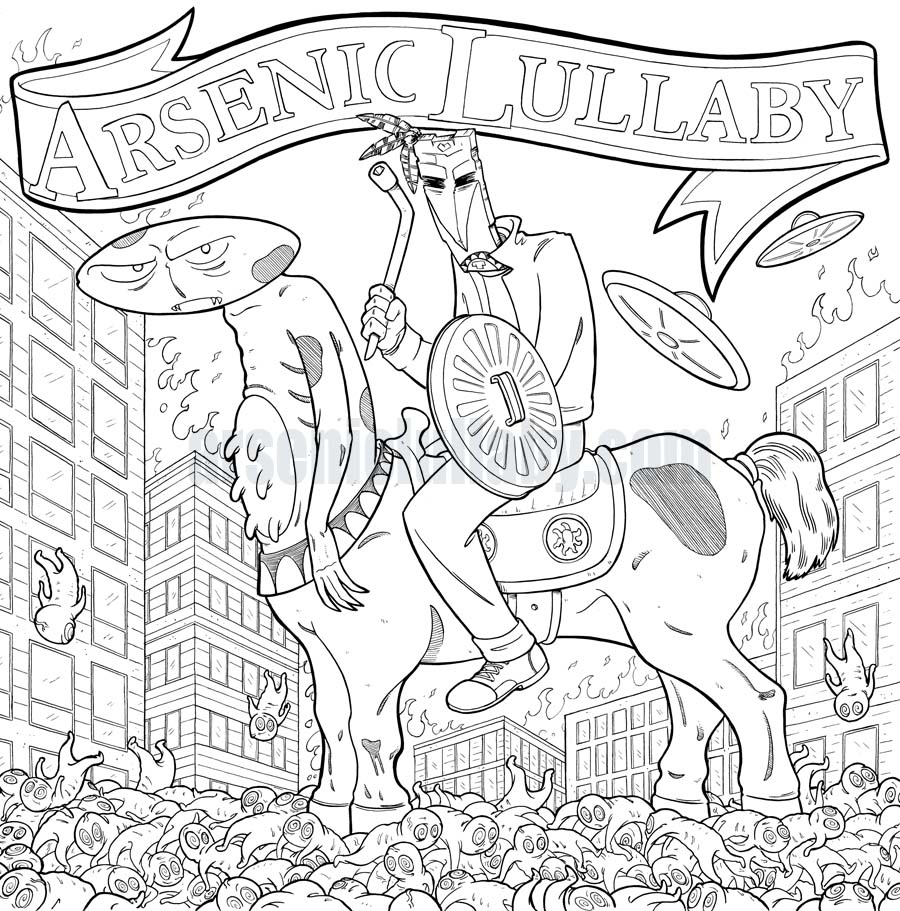 They can be found here, https://nftshowroom.com/arseniclullaby/gallery my page on Hive's own NFT Showroom! While you're there, be sure to look around! There' a lot of hive artists doing great work and supporting them helps the whole community.

OOOOH these are amazing!

Had to pick one up myself after following you for so long. At that price I wanted to buy them all but had to play fair to everyone else.
I am delighted to say that I own one of your nfts and will be holding onto it. Hopefully add a few more over time.

Thanks, that's great to hear!!! I though this would be a good one to go with, particularity for people who are familiar with my work...kinda says it all in one image hahaha

This is awesome nice work