In the world of NFTart the Whale X art drops (featured debuts of works) are a pretty big deal.

And that might have been in my mind when I was sketching out random ideas for an new NFT piece and a giant Whale in a classic King Kong type scene fell out of my head onto the paper.

Uhmm...I'm not sure you can even tell what you are seeing here, but this is pretty much what my initial sketches look like, a scribbly mess... 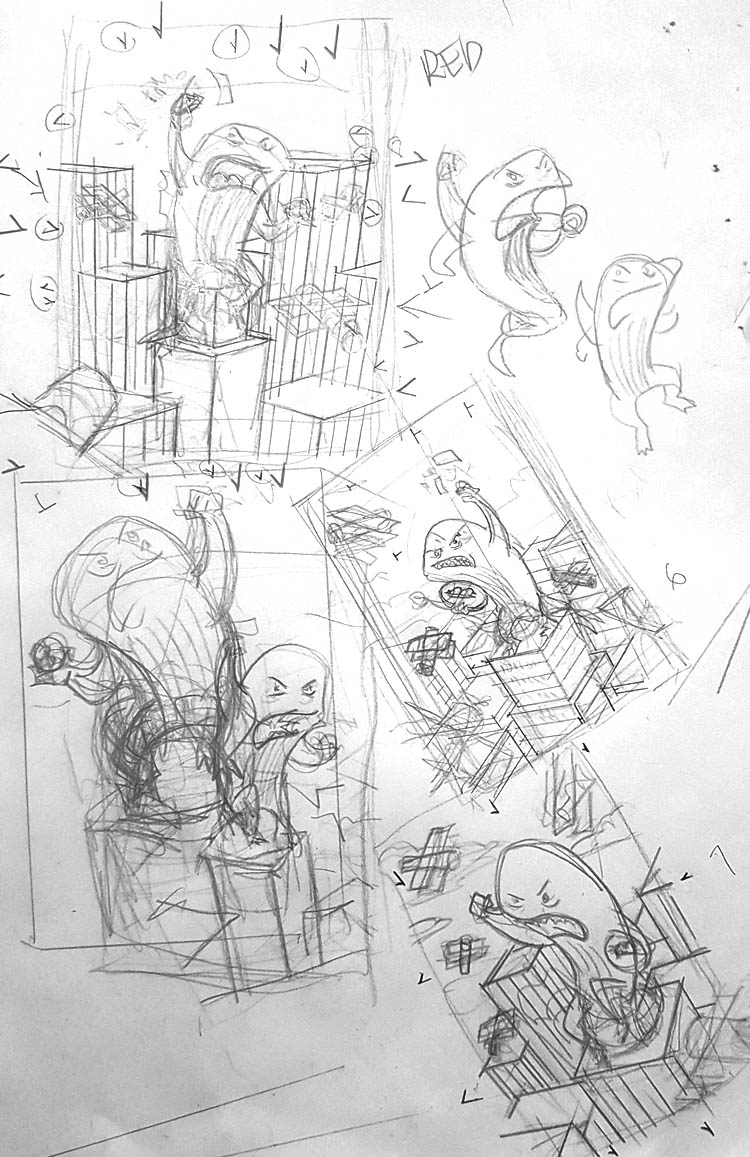 In this case it was a scribbly mess with some potential. I talked to the Whale community power that be to see if they'd be interested in me making such a thing for one of their drops, and got an enthusiastic "yes".

Which...meant I now had to turn that scribbly mess into a finished piece.

Most often the case with any piece, believe it or not, is that the actual final execution of it is easy part. The bulk of the time, thought and effort goes into planning...laying things out...arranging the composition for the fullest effect.

There's the initial inspiration (which is fairly instant) there is the converting that inspiration into a workable plan/composition/layout (that could take days...man hour upon man hour of working and reworking "measure twice, cut once" is a phrase that applies here. I like to have everything figured out to the last line before I get right down to making the final piece. because when I don't...it's usually a nightmare). The final execution of it is usually the least stressful or mentally taxing part of the whole process.

This piece is the exception that proves the rule. The composition is pretty straight forward, because that is what's called for. I did a little fancy stuff via adding a third vanishing point to have the observer feel they are looking down at the scene... 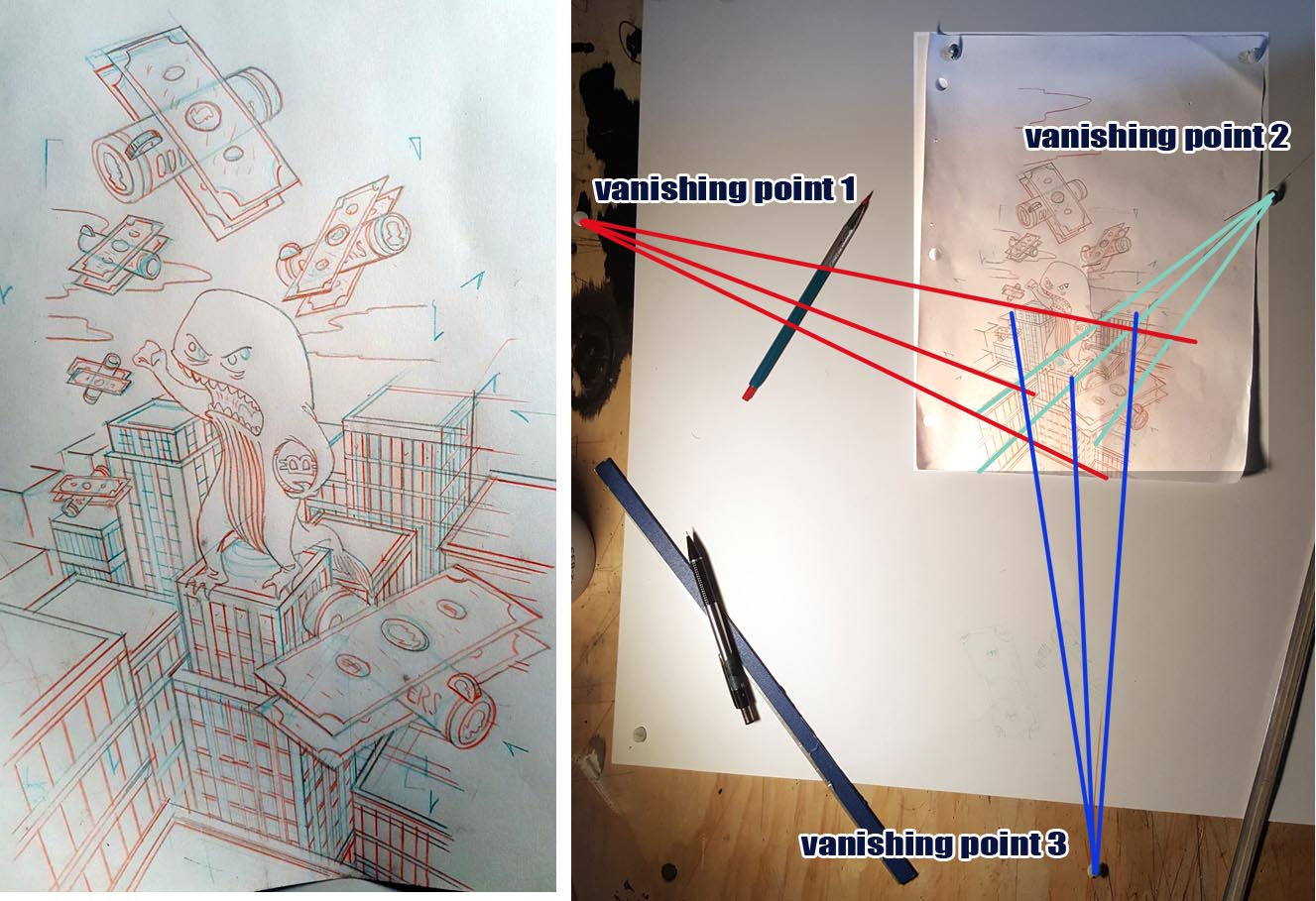 Just for good measure I made sure an equal amount of precision was used on all of the planes... 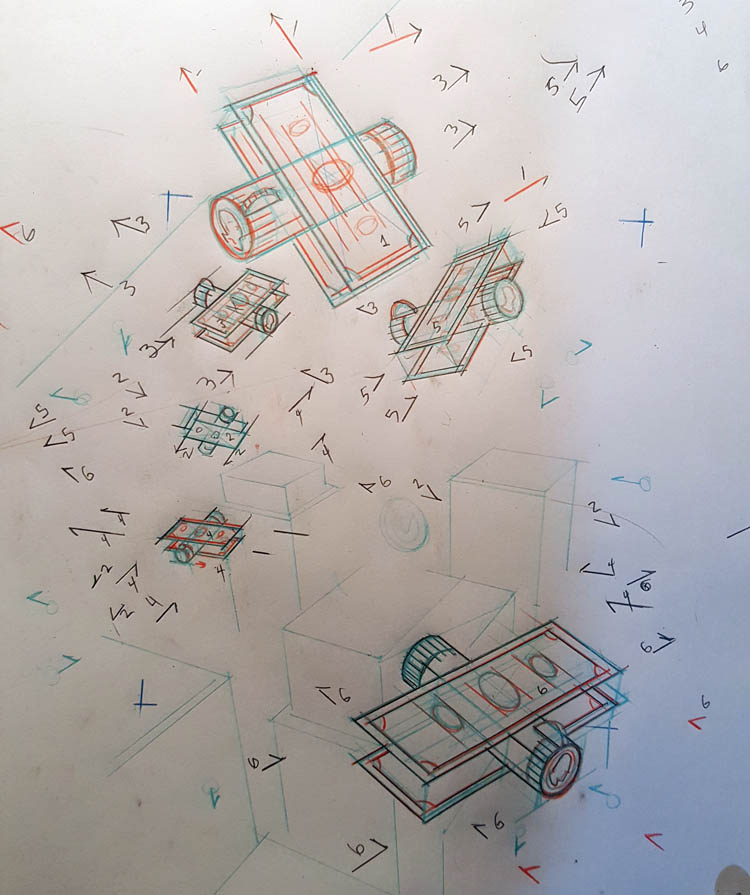 decided to give myself a little breathing room and do the planes on a different layer, but basically they get refined to the same degree as the final penciled first layer. (below) 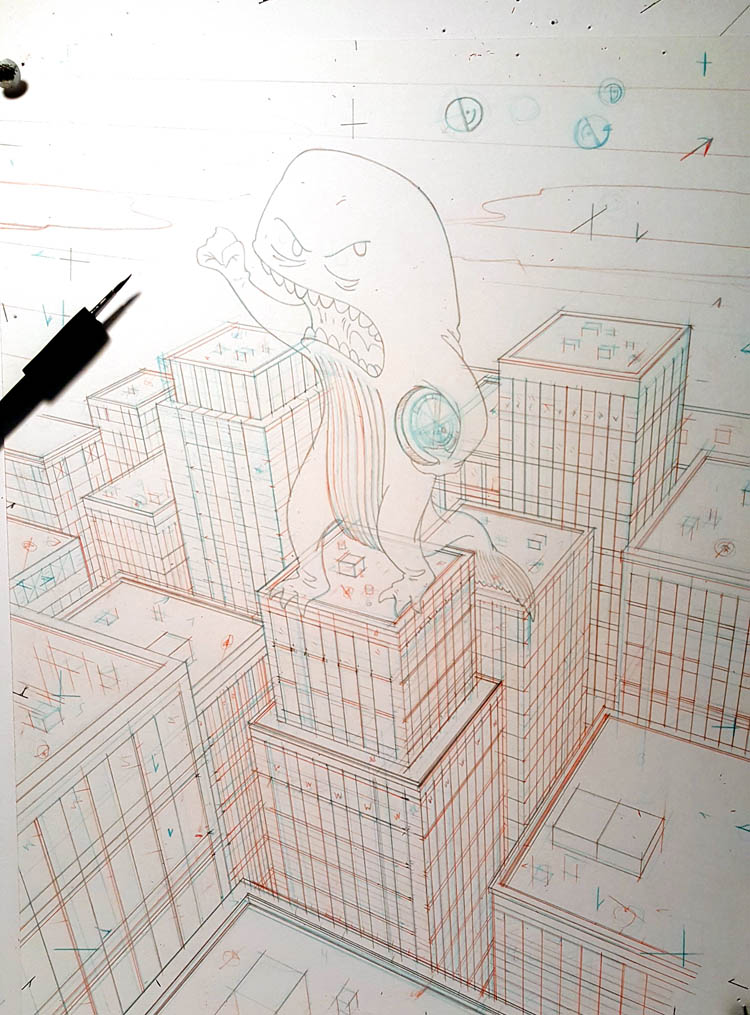 and that...was the easy part.

The bulk of the labor on this one is precise inking of all those lines and details. It is a grind. I'm using a no.0 brush ( gives you about a .25 line wide...uhm...think of half of a mechanical pencil's line) to give it as much life and charm and energy as I can. And that...in this case...takes quite a while. 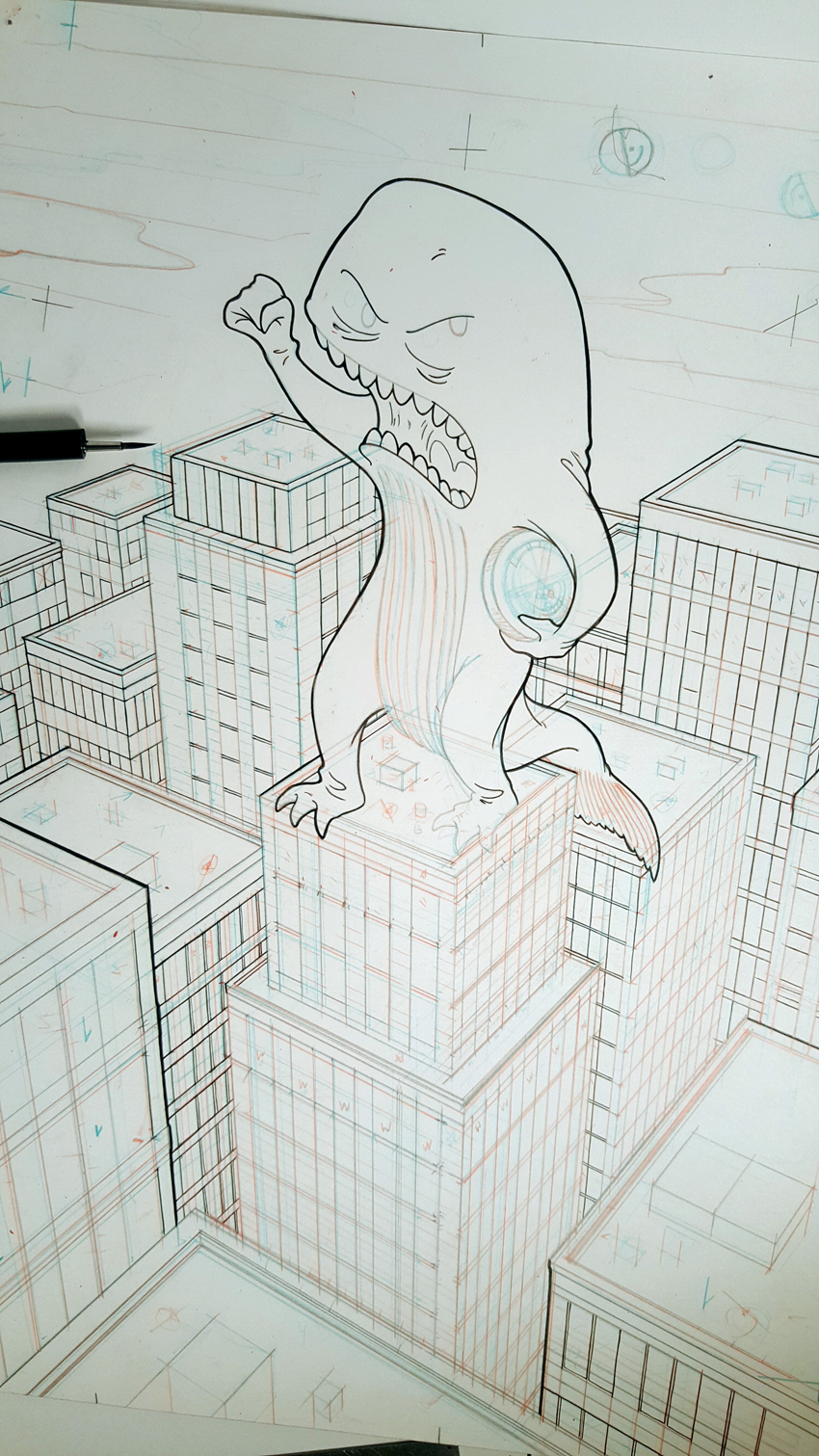 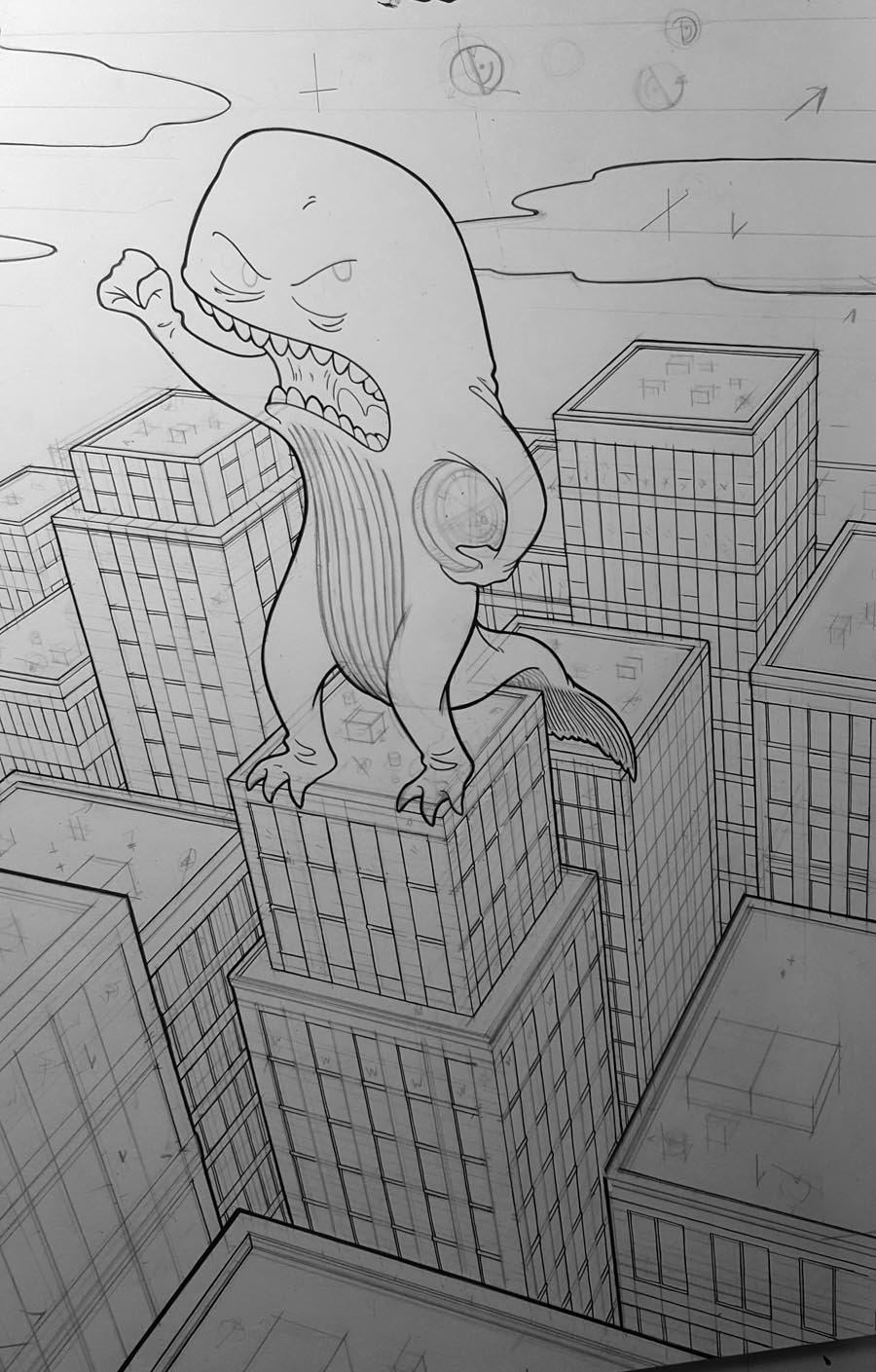 Here's a close up that'll make you glad you don't ink with a brush...

note that the lines on his tail have been white out-ed...I had a minor accident. There was much cursing

but...in the middle of all that, inking the planes is almost a reward... 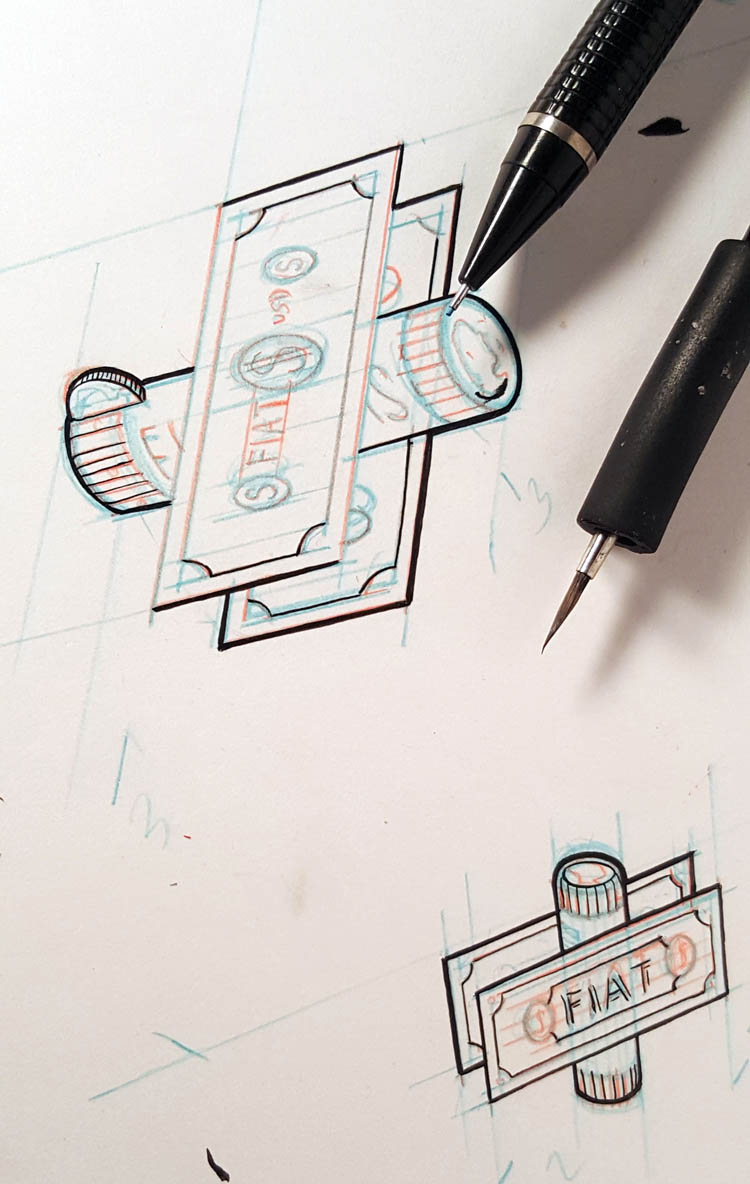 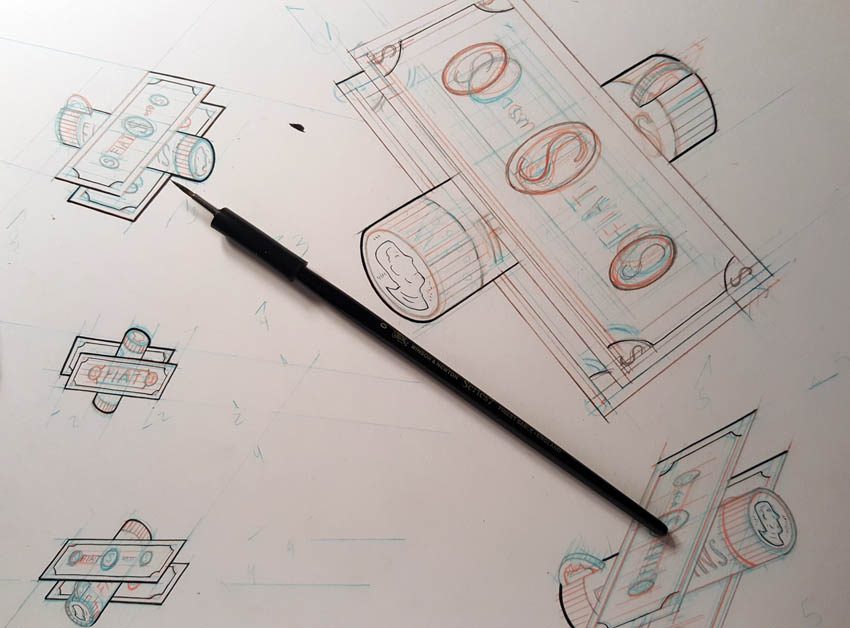 eventually...I have the inked layer of the background done... 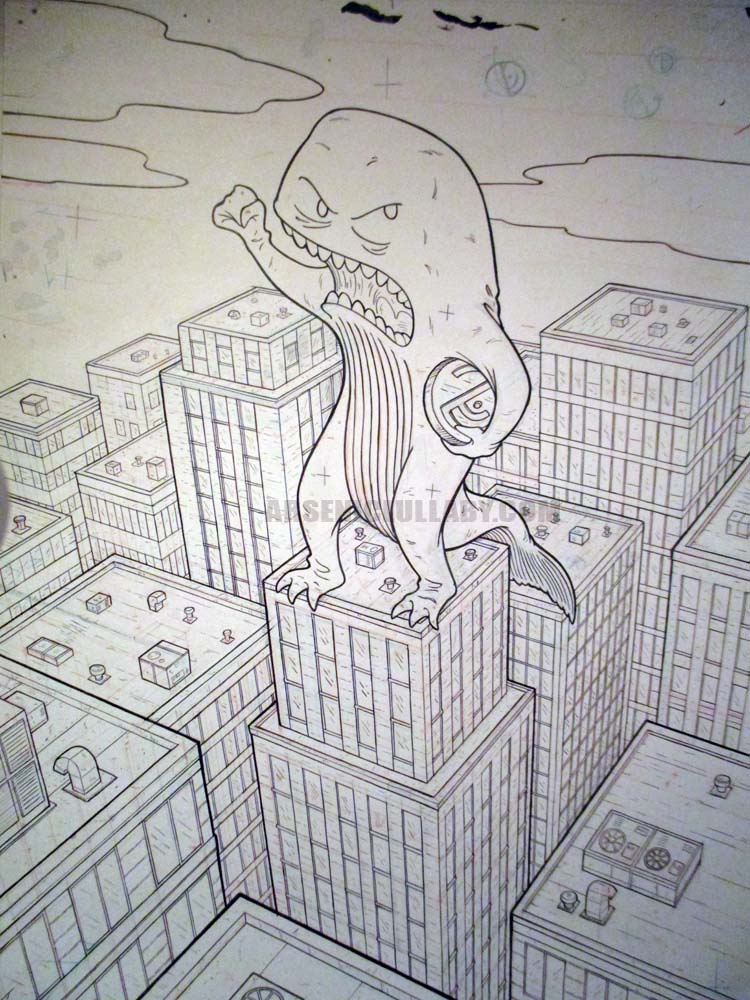 and the planes done and arranged... 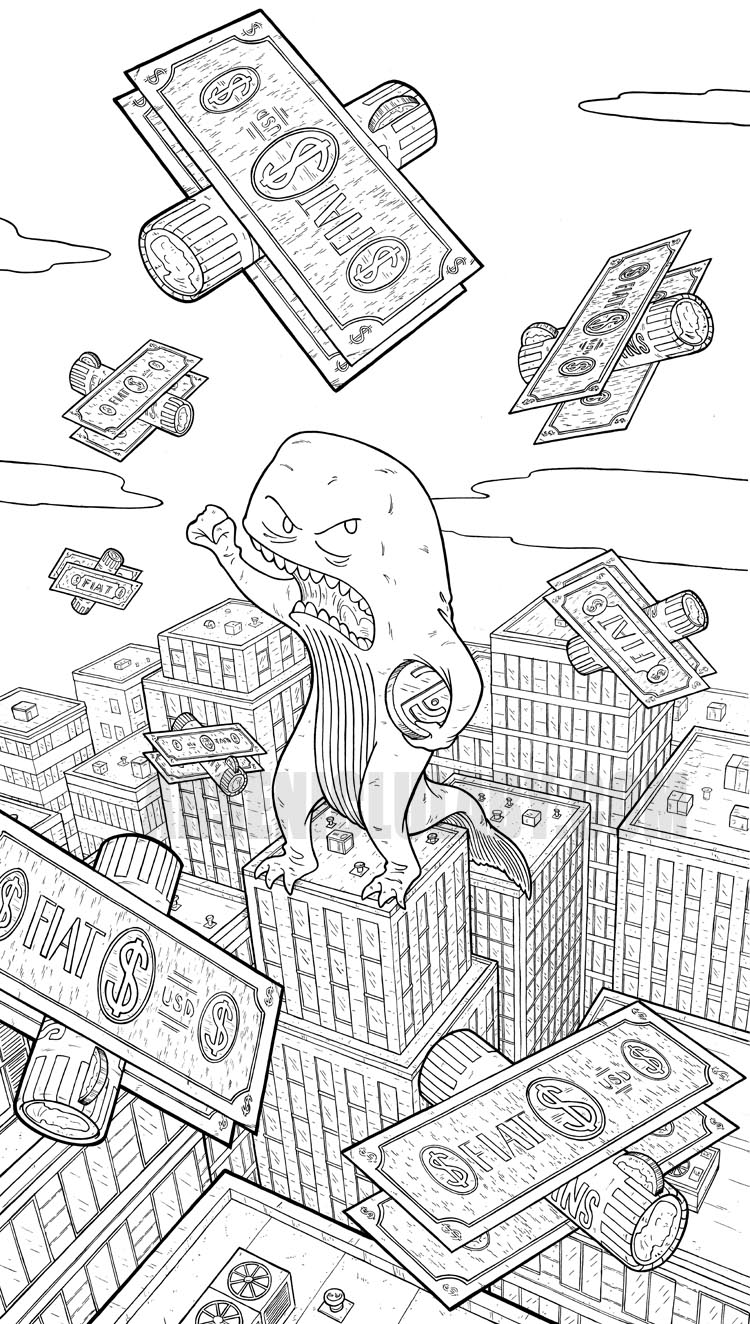 One sad part of this whole thing, is that the time and effort I put into the air conditioning units on the bottom left, including ( if you look real close, the word "WHALE" written on them) got completely covered by a plane. Sigh... I was at leasst bright enough to realiz this was a possibility before really refining the details on that, but still, kind of a bummer. 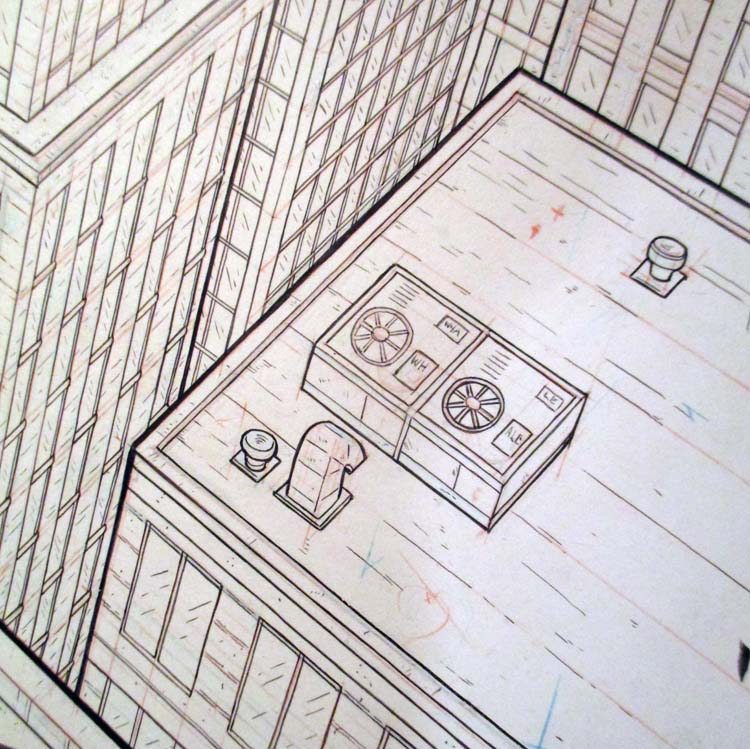 ANYWAYS...Then I digitally color the bastard and it's ready to get minted! 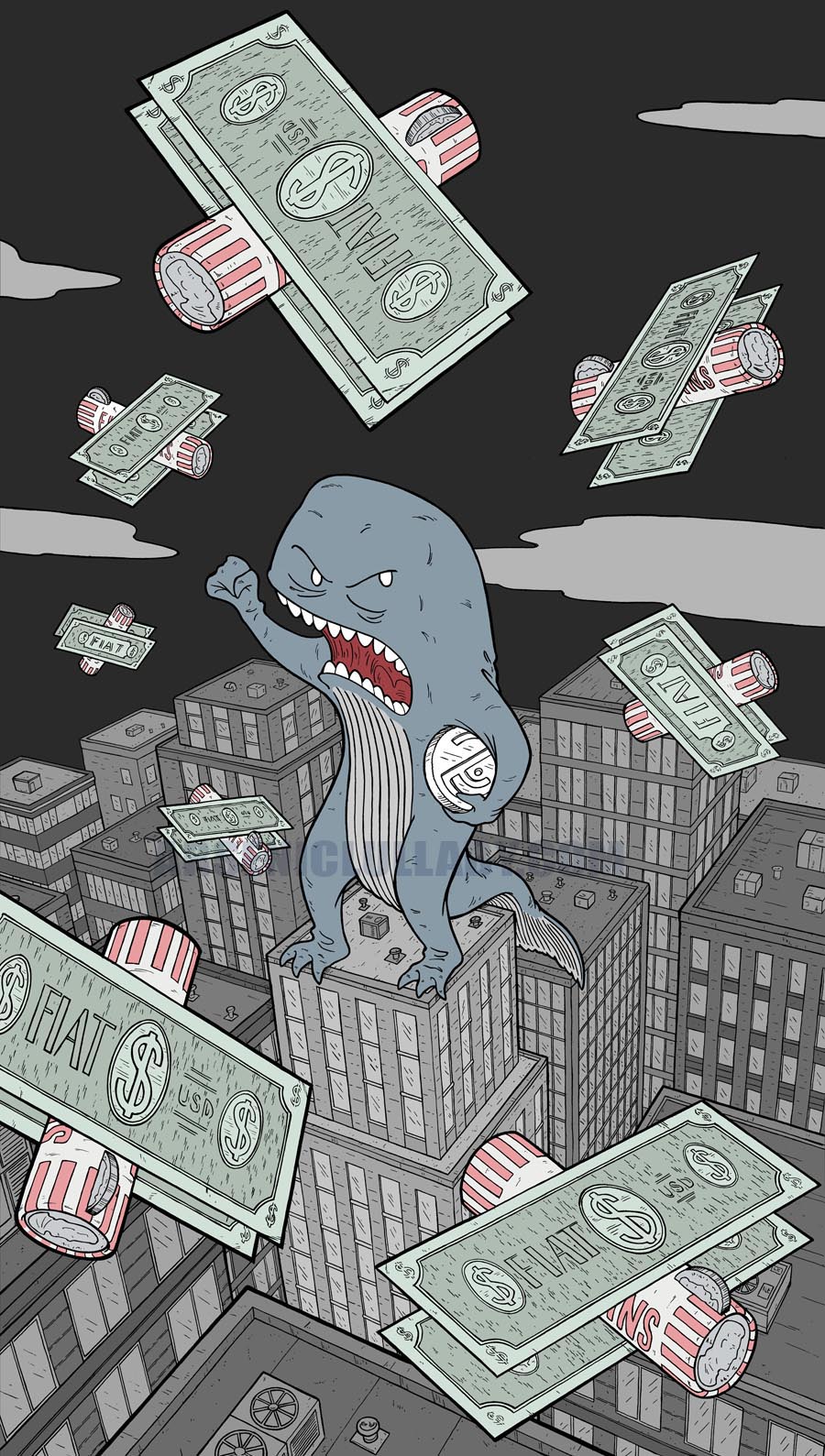 and I am pretty darned please with this one! And I'd tell you how to get it, but they all sold out in like five minutes. Which is less of me boasting than admitting I procrastinated putting this all into a blog.

BUT...I'm working on new stuff as we speak and I'll give you more warning next time.

Oh...and you can find news on what and when stuff going on with the Whale community here - https://twitter.com/whale_community

as always my homebase is here http://arseniclullabies.com/nft.html

I love the concept of this piece. Can't wait for the full movie :) Much respect for the effort that goes into it and good to hear it sold well.

Hope things are improving where you are.

Thanks! Things are coming around slowly on this side of the pond. Went to a baseball game this week ( only 25% capacity was allowed)...kinda of surreal with the crowd being sparse and scattered but still felt good.