The simplest level of control for the single or double-acting cylinder involves direct control signal. With this, the cylinder is actuated directly via a manually or mechanically actuated valve, without any intermediate switching of additional directional control valve. In this text, we present two viable solution for direct control of single and double acting cylinder. We set a problem below as the basis for creating a pneumatic circuit in FluidSim. The problem are: 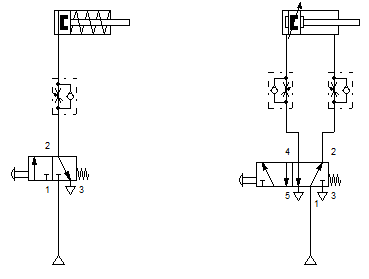 Direct control allows actuation of the cylinder directly to the actuation button and no intermediate control valve in between. In this simulation, the control valve used for the single acting cylinder is the 3/2 way valve. In this case, since the cylinder is of small capacity, the operation can be directly controlled by a push button 3/2 way directional control valve with spring return. When start button and 3/2 NC valve is operated, cylinder moves forward to clamp the work piece. When start button and 3/2 way valve is released cylinder comes back to the retracted position as shown in figure 1. 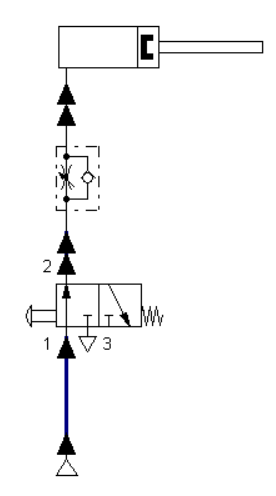 (a) Push button is pressed 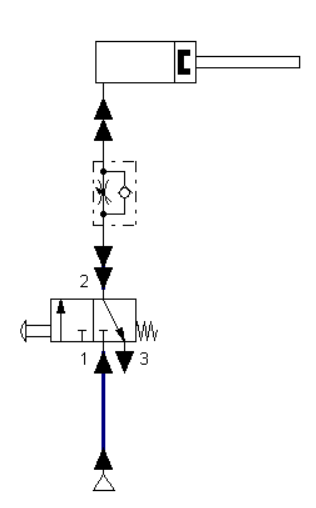 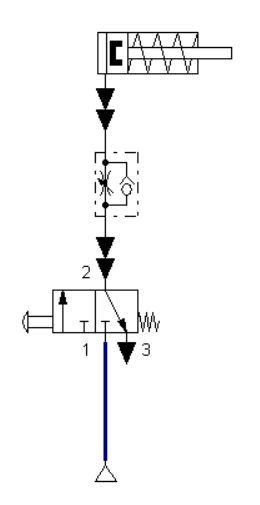 (a) Push button is not pressed and cylinder retracted 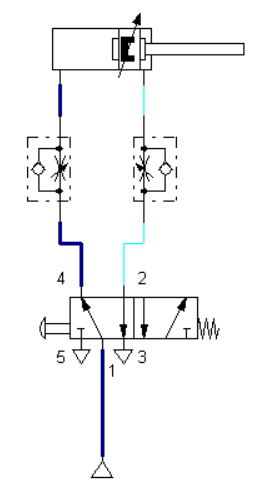 When the directional control valve is actuated by push button, the valve switches over to the open position, communicating working source to the cylinder volume. This results in the forward motion of the piston. When the push button is released, the reset spring of the valve restores the valve to the initial position [closed]. The cylinder space is connected to exhaust port there by piston retracts either due to spring or supply pressure applied from the other port.