My wife and I were lucky enough to complete a 5 week trip through New Zealand, Australia, and Hawaii last year just days before the COVID-19 pandemic shut down travel to New Zealand and Australia. One of the places we visited in New Zealand when we arrived in Auckland was Hobbiton, the movie set used for both The Hobbit and Lord of the Rings movies. From Auckland, we hired a driver to take us the 1 and a half hour drive down to the town of Matamata, outside of which lies Hobbiton. 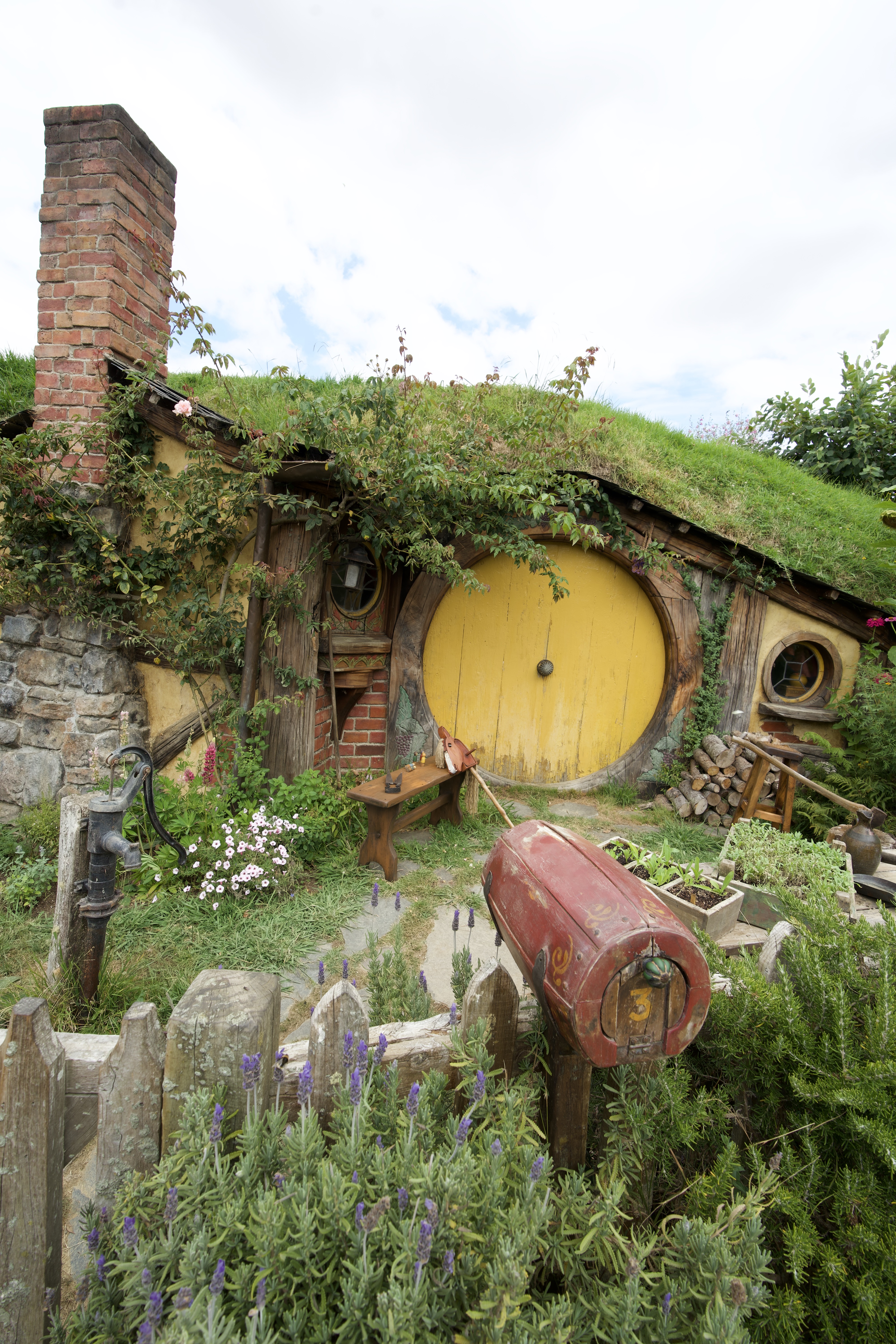 Apparently Peter Jackson flew a helicopter all over New Zealand looking for the perfect spot for The Shire, home of the hobbits that were in the movies. The site needed a river or lake, small hills into which they could build the hobbit houses and needed to look, as Jackson put it, like “a slice of ancient England”. 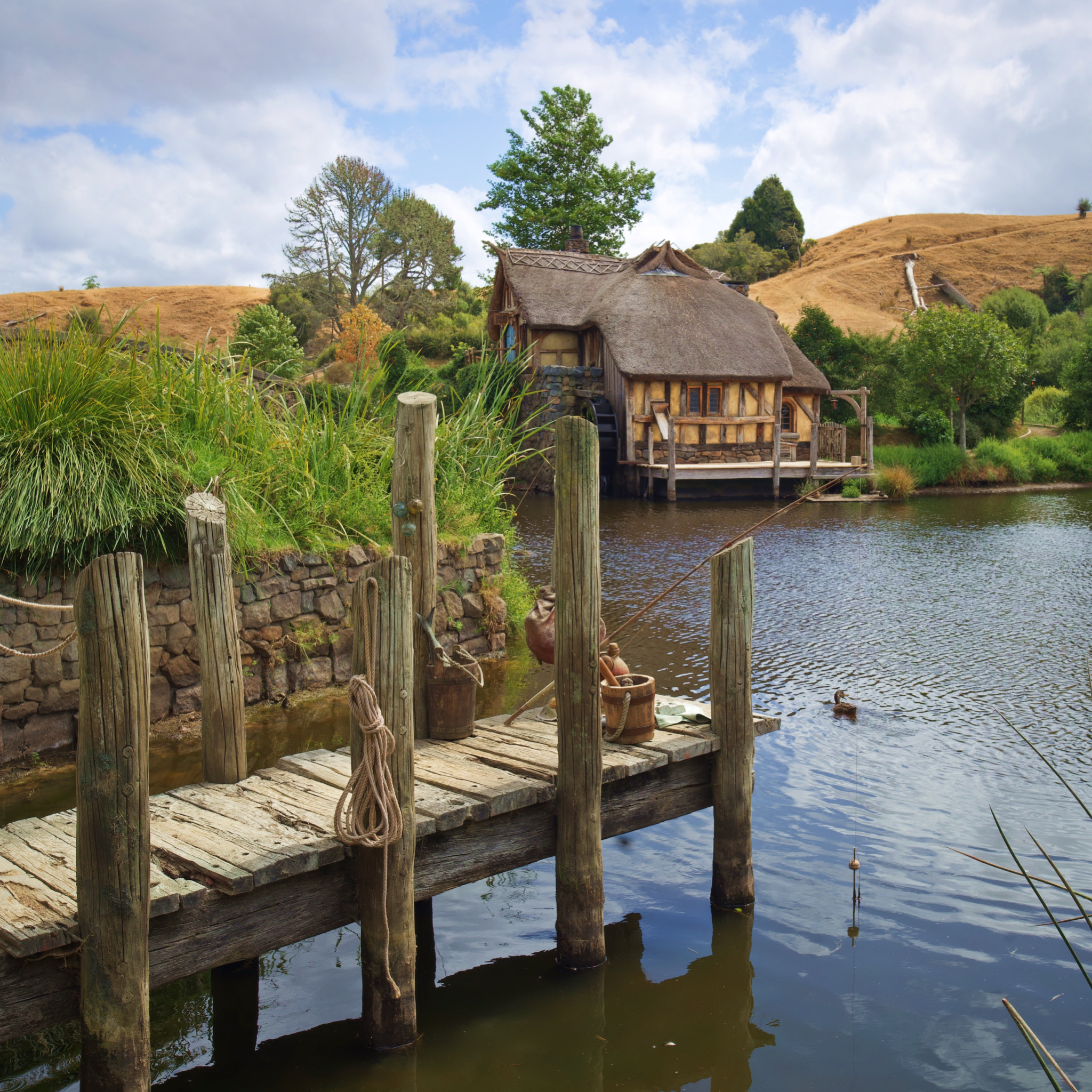 He found a site outside Matamata that perfectly fit that description. It was 14 acres on a sheep farm and after negotiations with the owner, construction started in 1999. We were told on our tour that the original set was built using painted foam and wood that would quickly disintegrate or rot. After the set was built, Jackson let it sit for a year so that weeds would grow in and it would look more realistic. Our tour guide also told us that after the filming was completed, the set was partially torn down and forgotten about. After the movie came out, the owner of the farm started finding people wandering his farm, looking for The Shire, and realized he might be sitting on a popular tourist attraction. So in 2010, after negotiations with Jackson, The Shire was rebuilt in a more permanent manner and opened to tourists. We enjoyed our walking tour through The Shire, stopping to get photos at each of the little hobbit houses built into the hills. Even though most of the hobbit houses were really just a door buried in the side of the hill, they looked very realistic with gates and flowers and clothesline’s with little hobbit clothes hanging out to dry. There were a couple houses that actually had rooms that you could look inside.

The large tree at the top of the photo is actually a fake. Jackson wanted a massive oak to sit on the top of the hill overlooking the village and had one made from metal with thousands of hand painted leaves. We were told it weighs over 29 tons. Jackson was a stickler for details. Because the Tolkien novels mention a specific breed of sheep not found in New Zealnd (a place with a lot of sheep), Jackson had a herd of the correct breed brought in from Great Britain. 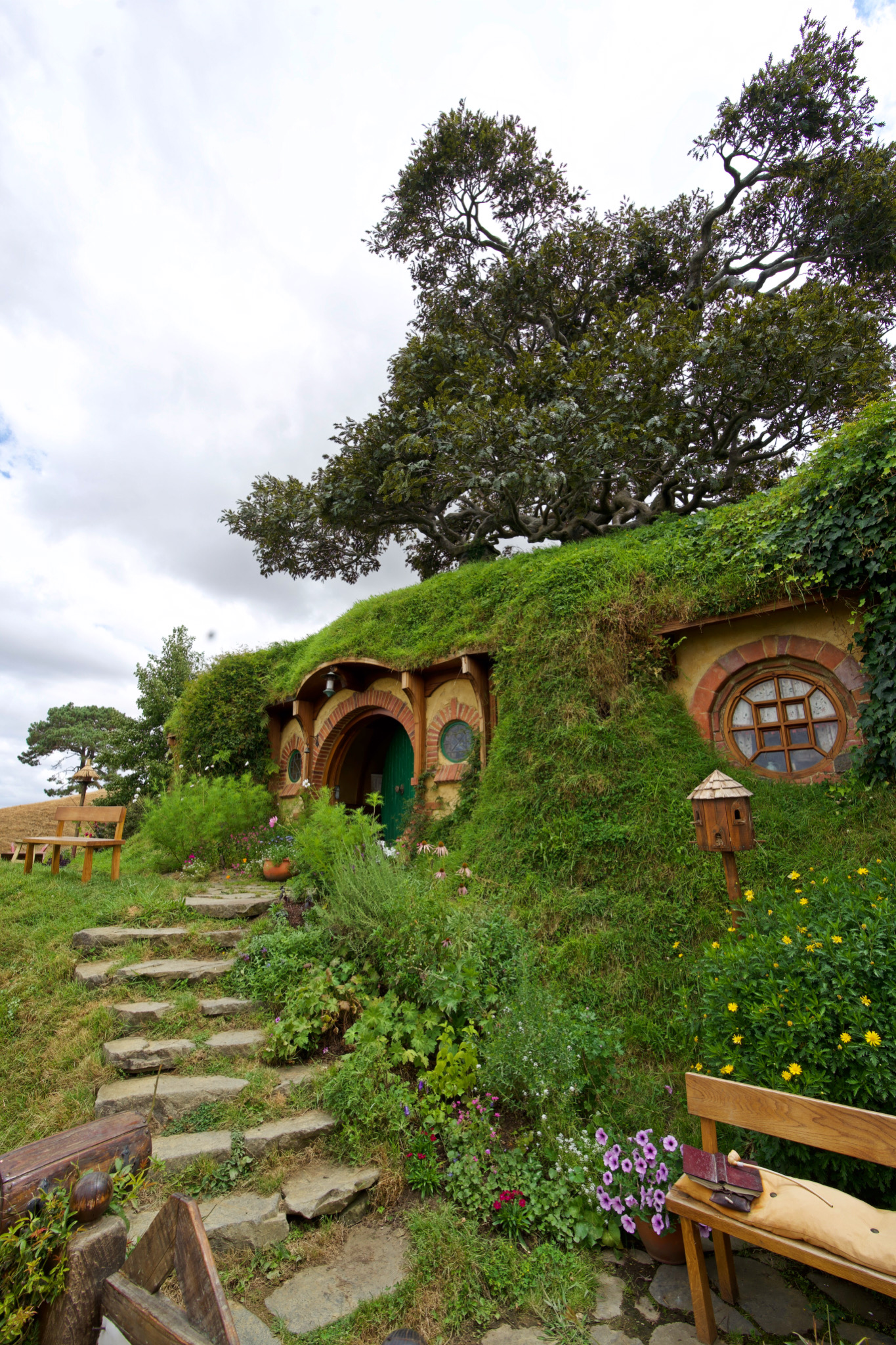 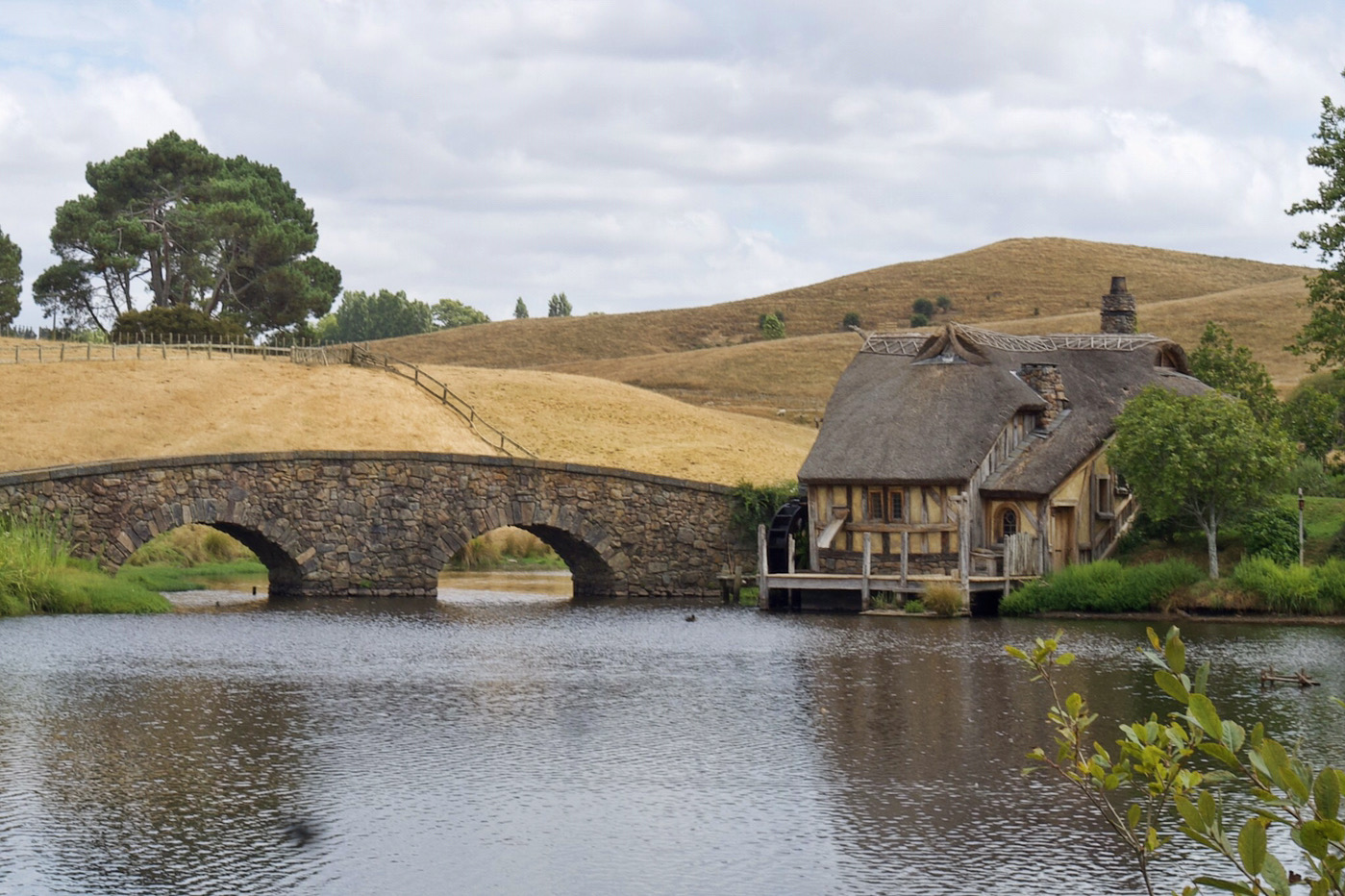 After visiting the two dozen or so little hobbit houses, we took the path to the village and crossed over the two arch stone bridge after passing the Hobbiton Mill. 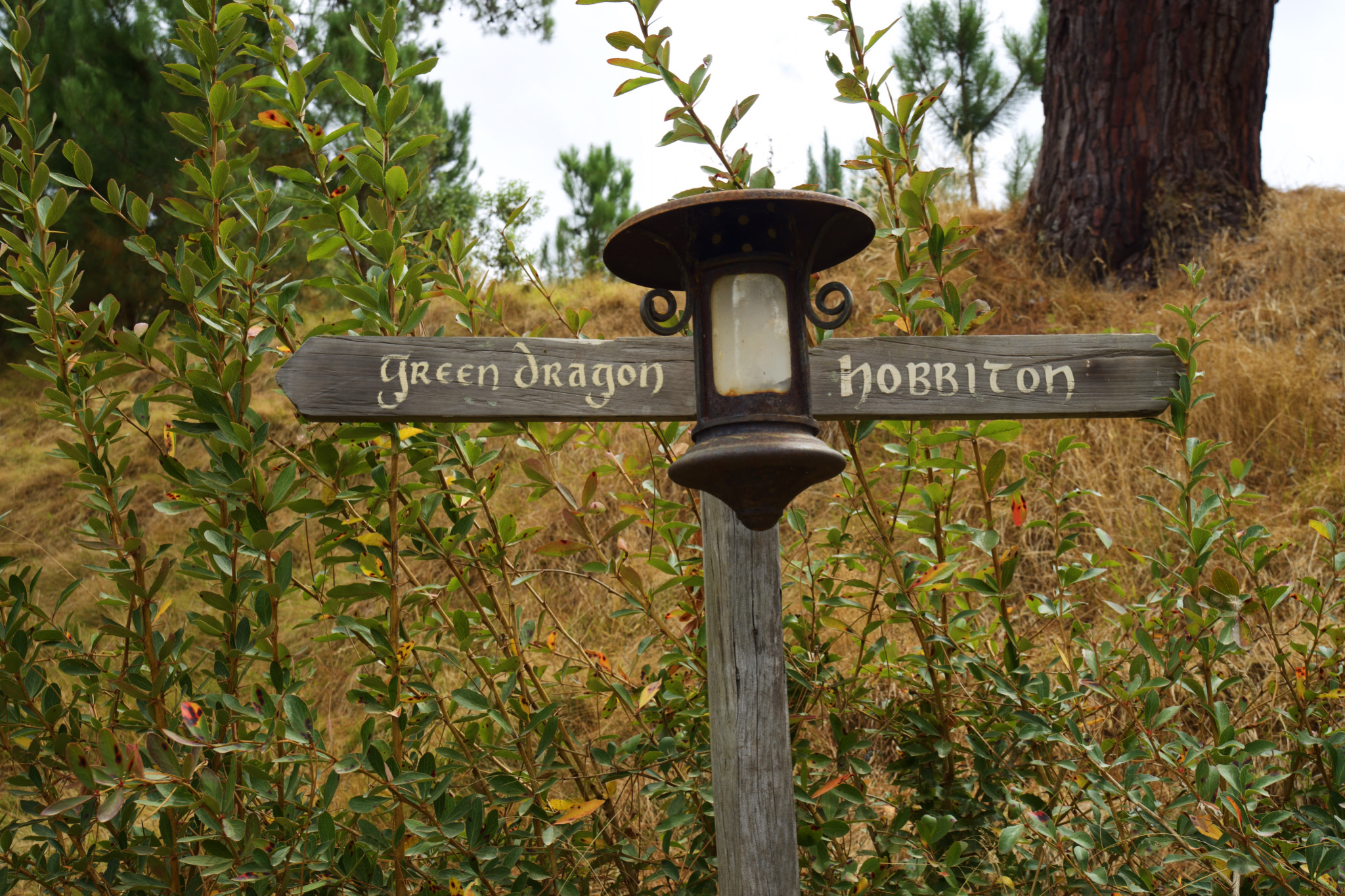 We ended our tour in the village at the Green Dragon Inn for a pint of the hobbits’ favorite ale. It was an interesting tour even for someone who is not a Lord of the Rings nerd. If you are familiar with the movies, it is cool to be able to see the places where it was filmed and hear how they made the hobbits look so small compared to everyone else. Not cheap at $80, but I’m glad we took the tour. I hope you enjoyed my post.

All photos not listed with a source were taken by me. If you’d like to use any of these images, please contact me.

The place is incredible, but what impressed me the most was the visionary mind of the owner of the farm, the truth is a tourist destination for years.

He definitely saw the potential and capitalized on it!

Hiya, @LivingUKTaiwan here, just swinging by to let you know that this post made it into our Honorable Mentions in Daily Travel Digest #1167.