The GOAT has moved on

Joe Sinnott passed away last week. He was 90 some years old and a comic book inker. Speaking now with the understanding that many of you have limited knowledge of comics, aside from my own...So far who cares, right?

Well, he wasn't just a comic book inker. He was, for my money, the greatest of all time. Someone who had a greater impact on comic books than most of the people who's pencil illustrations he applied ink to.

Just a quick anecdote, as evidence that this isn't just me droning on about inking because I personally pay so much attention to that skill.

I met him once at a comicon in Rhode Island. It was a medium sized show. His table was close-ish to mine, on the way from mine to one of my friends. I met him for maybe a minute...I kinda recall either he needed a pen or I did, although I can't fathom why that would have been the case for either of us. The point being that the exchange was brief. He seemed like a good guy. Being that he is a master of his craft, he's one of the few guys who I would have like to talk shop with during a dull moment. But there was none. I was busy doing my thing, which is not strange, but he was also always busy. That part was strange.

Most comicons have a couple of old greats as guests, and it usually goes like this at their tables- they have a handful or a dozen super fans that request a commission and then come back often to loiter and stare with their inner ten year old grinning from ear to ear, struggling to come up with something to say. A bunch of collectors will drizzle by with stacks of books for them to sign...and the rest of the time they're just sitting there.

Don't take that as a dig, I'm not painting them as sad sacks or anything. They made their mark, they're not trying to build a brand or grow a fan base, they're there for whoever wants to see them and that's the extend of their ambition at a show. Like I said, they made their mark. Some of these guys as 80 some odd years old and if they talk to 20 people that day, that's as much a thrill for them as anyone else. Hahaha, ...That was a dig, I apologize.

Okay, now that I've explained the playing field. You should also find it odd that a 90 year old, who's hayday was 50 odd years ago was busy the entire time. First I gotta expound on what was impressive about that, not only was the bulk of the work he's know for so old that most of the people who grew up on it are dead or in an old folks home, not only did he not create any particular character or stick to anyone one particular book for a giant stretch of time...he was an INKER. He didn't write the stories, he didn't make up the characters, he didn't even draw the books. He inked them. and YET at a medium sized show in Rhode Island, he always had people at his table.

In order for that to be the case that means that pretty much everyone in that building who knew who Joe Sinnott was, wanted to meet Joe Sinnott.

I pointed out that at any sizable show they'll be some old greats, and in most cases these are men/women that anyone who knows comic knows who they are. Despite that, most of the time they are just hanging around with no one at their table.

The show was three days, Joe Sinnott, a man who only inked, was busy for three days.

I'll explain why that was. Why every person who knew who he was, was willing to wait patiently to meet him.

He was the best...and in being the best, he demonstrated just how much of an impact on an entire industry being the best at something can have. A penciler draws the pages, the inker applies ink. If you've been following me awhile you see that it's a tough job, takes precision. It also takes imagination, and vision, and visual editorial skill.

uhm... Imagine if you could see yourself as other people see you. You'd probably change quite a bit. Look better, behave better, ect. But you can't see yourself as the world sees you, not really, so you do the best you can. A penciler cannot see his work the way the world sees it, not really. He/she is too close to it, has looked at it too long, simply cannot see it as others do. So, somethings that seem clear are actually confusing, some things that feel like mistakes are actually a style developing.

A good inker can not just give depth and weight to the lines, he/she can bring out the greatness , downplay the flaws, make clear the things that are visually confusing. And the better an inker is...the more detailed you're willing to get, the more risks and improvement you're willing to try. If you pencil a complicated control panel for some sci-fi story and the inker murders the thing...you won't pencil anything that complicated anymore, when that inker is on your book. That's just the way it goes, not all inkers are created equal, drawing with a pencil is different that inking...if the guy can't quite get it, that's that. But, if you draw some complicated panel, and when the inker is done it looks even better...well...then you're going to do that again and draw more complicated stuff and not be afraid to got nuts on the page because you know the inker can handle it. and so you improve. 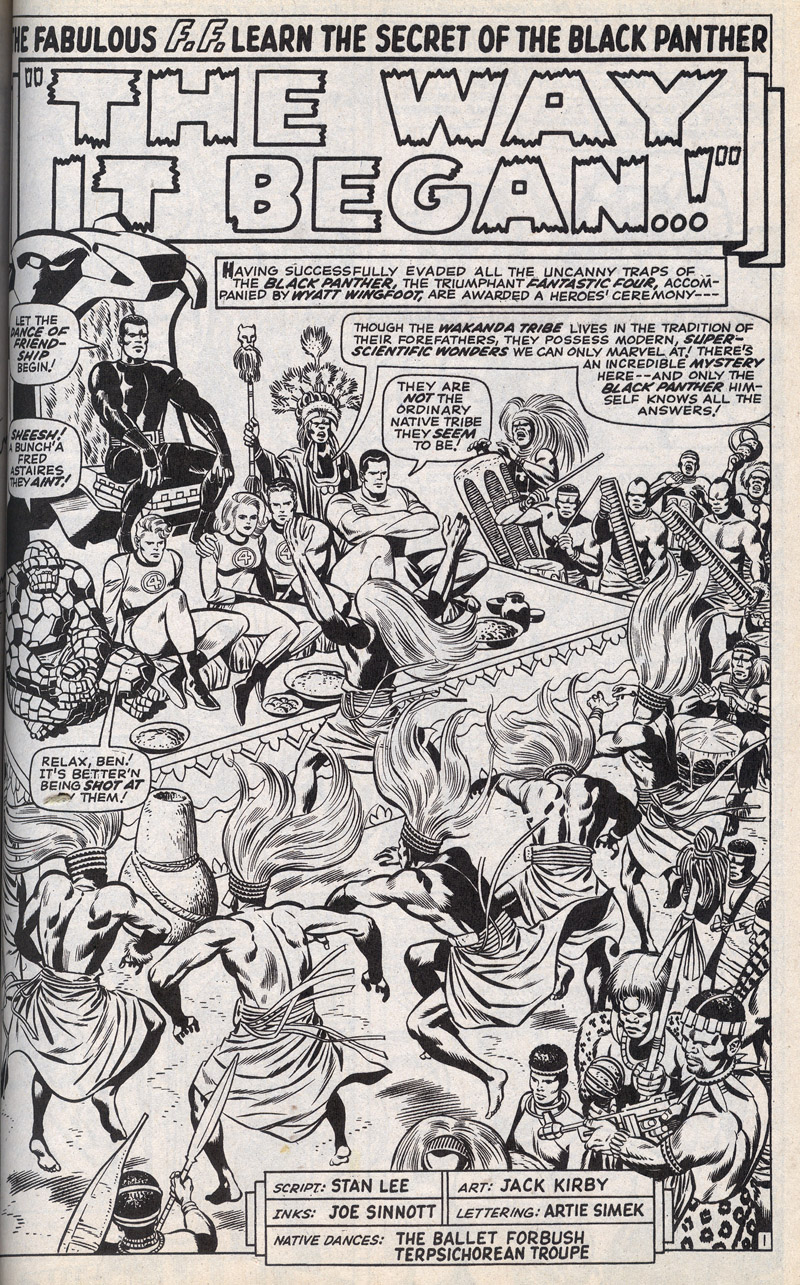 You ink a body line or hands or hair a certain way and you feel it's flawed...but the inker looks at it and sees a unique style, and brings that style out...well then, you've just been taught something about your work. You've been steered into a path of doing something unique. You've been shown what about your work is interesting to other people's eyes and can now grow that aspect of your work.

There is no better example of this than Joe Sinnot inking early (ish) Jack Kirby on the Fantastic Four. Now legendary Jack Kirby was no rookie when the FF started, but he was still developing. The great landmark issues of the FF that everyone thinks of were actually a few years into the book...AFTER Joe Sinnot took over the inking. This is Kirby AFTER Joe Sinnott... and it was not long at all after Kirby started working with Sinnot that Kirby's unmistakable style came out...the wild machinery, the impact lines, the "Kirby Crakle" This is AFTER Sinnott-- None of that might have happened without Joe Sinnott. and I'll give you evidence of that...Don Heck. Don Heck and Jack Kirby , in the earliest days, are very VERY comparable. They both had a strange semi-abstract way of drawing people, both had a vision in their heads of how they wanted backgrounds to seem interesting. AND..this may be blasphemy in the comic world... Don Heck was, certainly in the beginning, a better visual story teller. BUT...Don Heck's inker as often as not, was...Don Heck. They give him whoever was available or he'd ink his pages himself. And so you have two guys starting more or less equal in skill and vision, one gets the greatest inker who ever lived and the other gets a revolving door of semi help.

One goes from THIS-- and the other is sadly forgotten by most.

And in understanding that he was there at the beginning of Marvel Comics and continued on to work with damn near everyone...he changed the entire industry.

and THAT is why I bothered you about the death some 90yr old man. and THAT is why that same man had people waiting to met him all the way until he passed on. I guess I could tack on some moral to this...

The new generation is finally figuring out how to use computers to their benefit...what I mean by that is, up until very recently every thing I've seen inked with a computer looked like dogsh*t. I think it took having a generation to grow up simply having it the whole time...instead of ones that where trying to get it to do what they did with pens and brushes, ones that were forcing old techniques into new technology.

But use a pen, a brush, a computer, or a implanted microchip that reads your thoughts...there is more to inking than making lines black.

Every aspect of every project is it's own skill set, and each one can be incredibly meaningful when done right.

But really, I just wanted to explain how important Joe Sinnott was.

NOW THEN...as we collectively try to pull out of the muck and mire of covid, there are a few guys moving forward on projects that are worth supporting. I didn't have ANYTHING to do with any of these, but as long as I've spent and entire blog talking about things that don't directly benefit me, I might as well get it all out of my system.

Kurt over at Monsterwax trading cards is putting out a really cool set reprinting old posters. His stuff is always quality because he gives a F*ck. 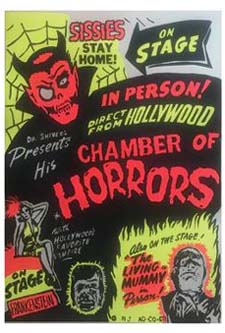 Josh at Devil's Due Publishing is about to put out issue 14 of Mercy Sparx, and he too works hard to make good books and I recommend 'em. 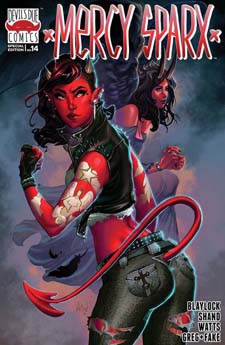 Last but not least Michael Kingston is going forward with a new Headlocked book and that guy woks as hard as anyone. 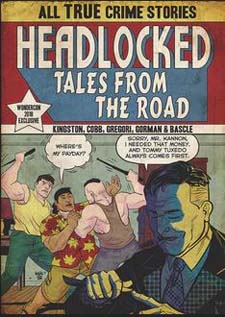 And that's all for now

What an amazing piece of “memories”. I am old enough to remember some of these from my childhood. There is no substitute for Sinnott. Thank you very much for writing this excellent post.

I share these sentiments, this was very entertaining and nostalgic.

Thanks! I was trying to make it understandable and worth the read even if someone's not that into comics in general. Being the best at something should be a thing anyone can appreciate.

Thanks, glad you liked it! Sinnott's groundbreaking work was a bit before my time, but I found it once I got more serious about comics in general. He was easy to run across, since he was the best.

Interesting stuff. There are a lot of under-appreciated people in the creative industries who add that certain something to make things special. I've just learned about one of them.

I was trying to think of a musician that is equivalent...like some drummer who had been in a lot of groundbreaking bands but people didn't realize it. Unfortunately, I know far less about music. I know such people exist but...names escape me.

There are producers and engineers who add their magic to what they work on as well as the session musicians. I know in the 60s it was common for bands to not play on their recordings. Jimmy Page did a lot of the studio guitar back then. That's how he got so good.

Awesome post, check my comic post and i hope you let me know what you think lml https://ecency.com/hive-152031/@chapath/raxel-apocalyptic-comic-book-story