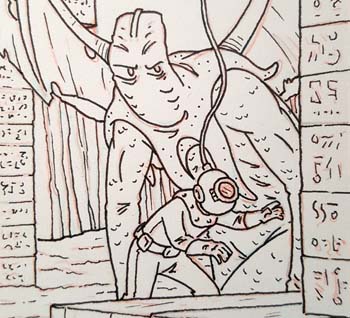 Since I am a gen-ewe- eyen professional comic book illustrator, technically whatever I do kinda falls under the umbrella of this groups interest. What I'd like to show off here is the final product of a trading card set I contributed some illustrations for.

The set was by MONSTERWAX INC. out of Florida U.S.A. http://www.monsterwax.com/ They've done a lot of horror related trading card sets, and this is the second set devoted to the work of H.P. Lovecraft. 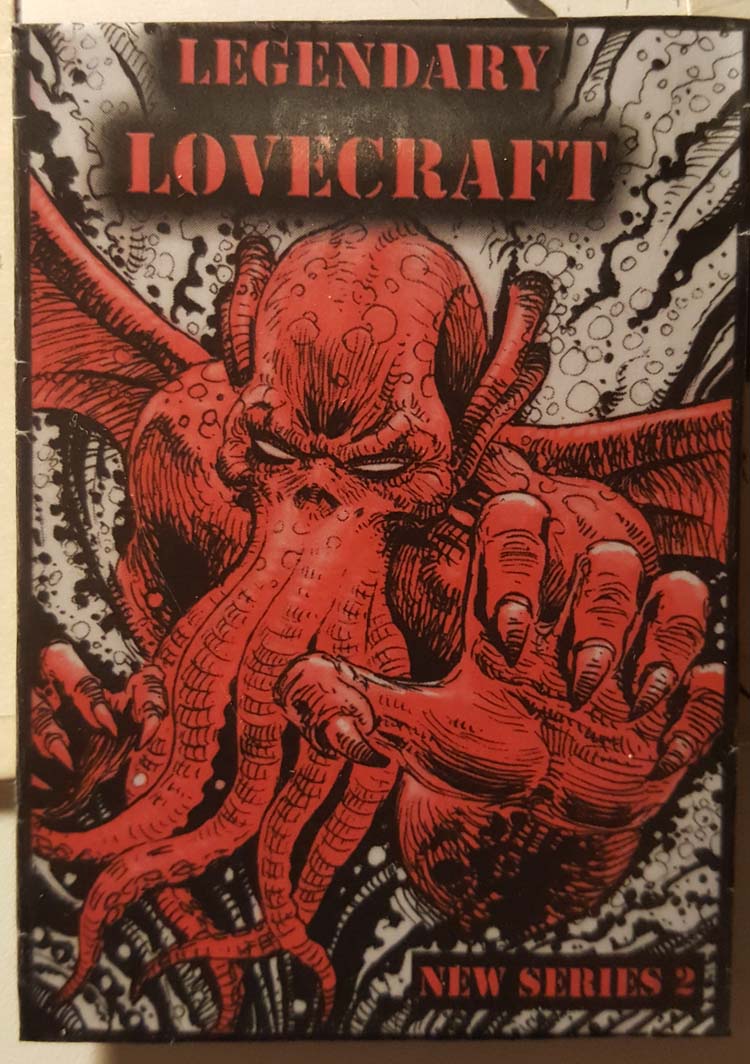 If you don't know who Lovecraft is...he's an old overrated author who didn't copyright his material very well and everyone just started using it and so eventually years after his death he became famous. That's not 100% true...that's just my take on it.

Lovecraft wrote horror fiction about strange, powerful, mysterious, otherworldly creatures. It's well done, but his writing style seems a lot more interesting now, because these day's it's not the way people write. He left just about everything to your imagination as far as the visuals and only relayed the emotion and feeling that the victims and bystanders were going through. Stuff like this-

"The Thing cannot be described - there is no language for such abysms of shrieking and immemorial lunacy, such eldritch contradictions of all matter, force, and cosmic order."

Hey that's great...that'll give the police a lot to go on.

At the time, there were a LOT of guys writing this way, because they were doing work for radio dramas, and the more you could make peoples skin crawl or tug at their imagination, the better. For my money though, Arch Oboler was the best. He wrote a series called "Lights Out" you can here some at the link below.

BUT WHAT THE FUCK AM I DOING? I supposed to be showing off my work. I did three illustrations for this set that were going to be printed on that fancy chrome/foil overlay...you know what I mean? where some of it is foil and shiny?

They turned out pretty cool, but they don't photograph well...here's a couple of shots of two of them 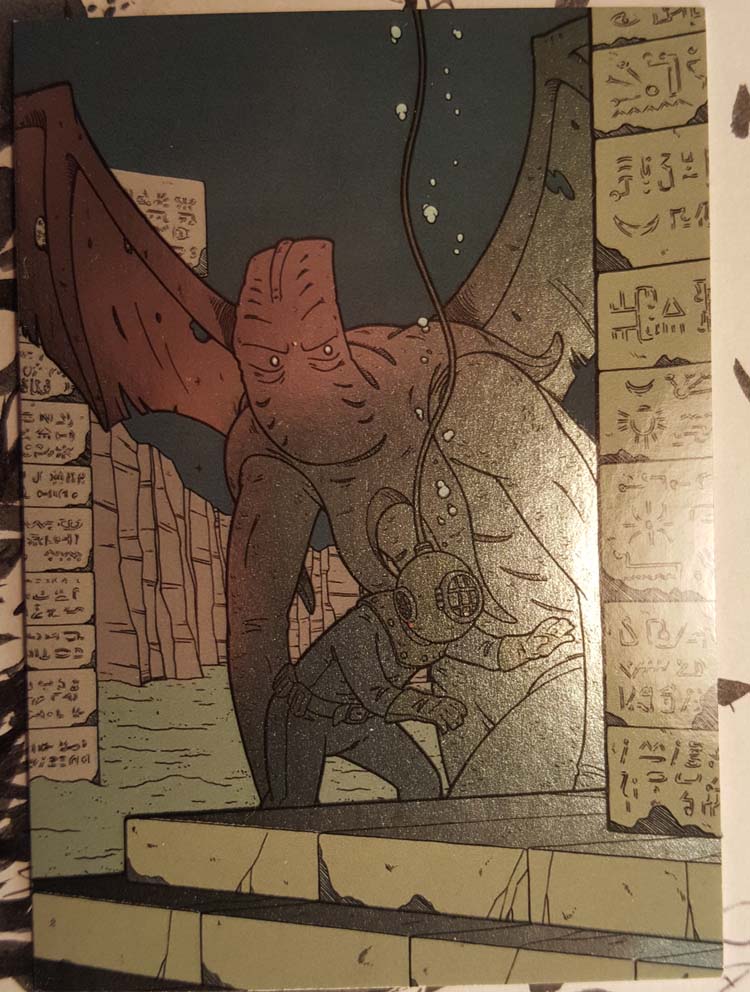 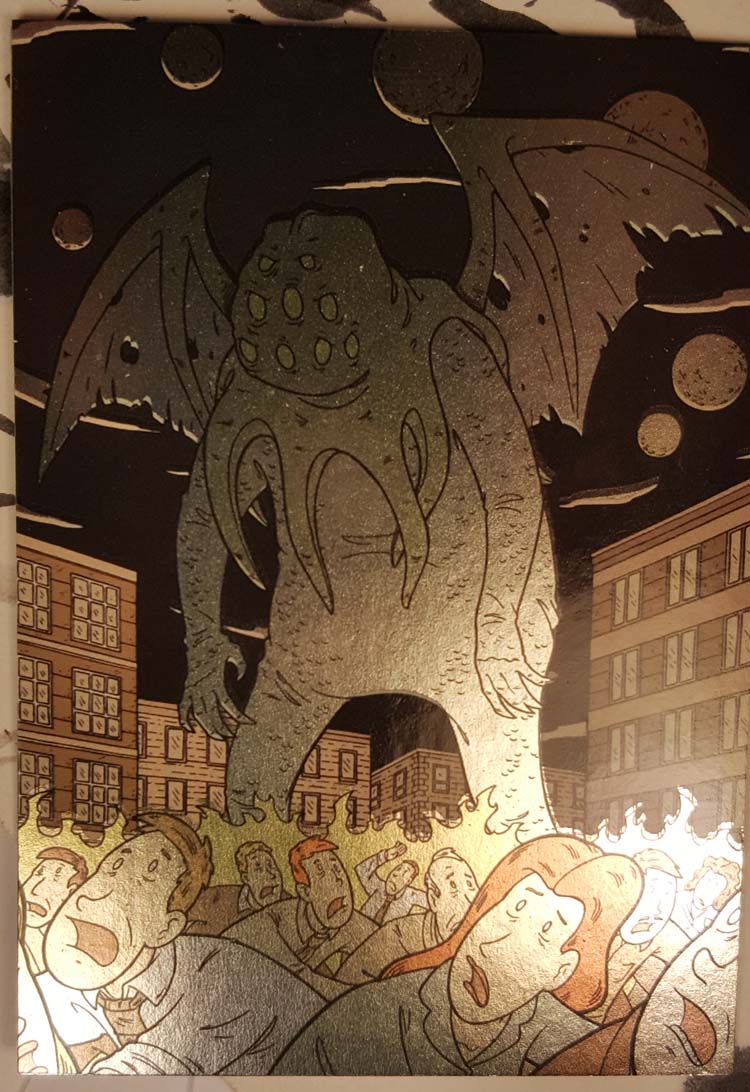 They sent me these along with a sample of the entire 60 plus card set. AND also sent me a stack of sketch card versions to draw up. What that is, is a card with this on the front... 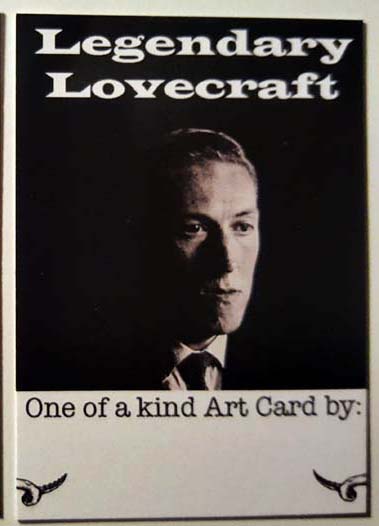 and a blank back that different illustrators who worked on the set could do a quick sketch on...and those are randomly hidden in packs. It's a cool idea.

There isn't a whole lot to get into or explain about doing a sketch card...you just sketch on it. It's small and you don't really have much room to do anything too fancy, but I did manage to make my life a miserable trying to recreate an illustration I originally drew at 13x10 inches...onto a 2x3 inch card.

here's the results of a couple of them...

first ya pencil it out... 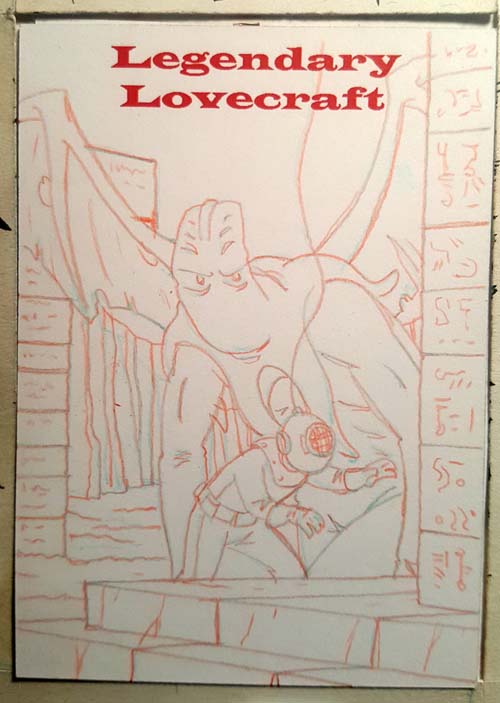 Then most of the inking... 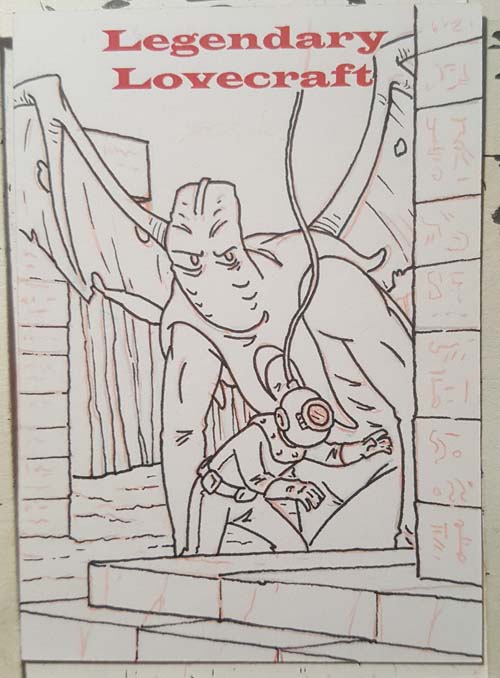 Then you add some details and textures with a slightly smaller pen. 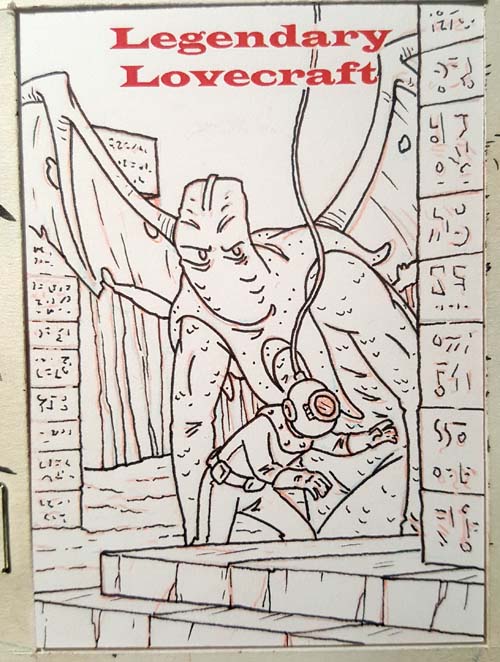 and onto the next 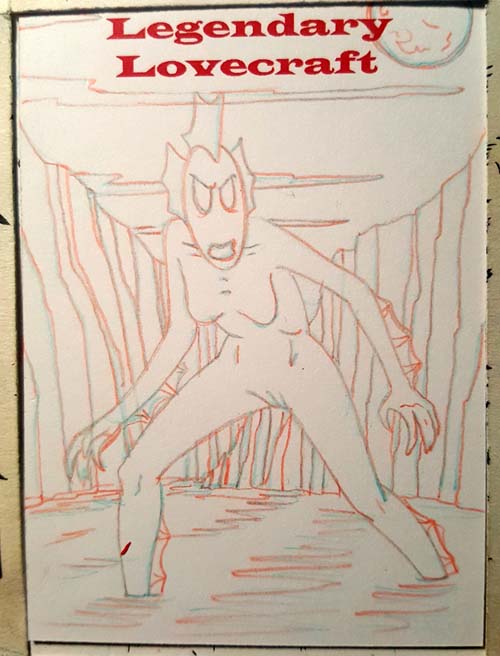 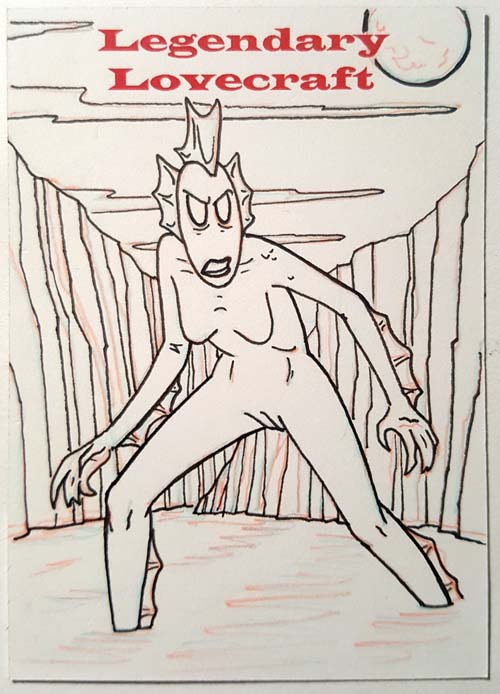 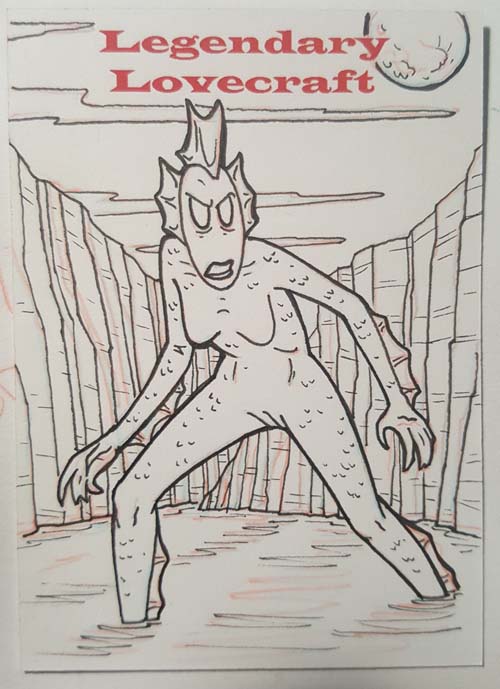 I mentioned using a technical pen on these, but I do get to keep some for myself and I'm going to try inking those with a brush. I'll let you know how they turn out.

OH! Before I forget, that's for the tips @richardfyates and @nyarlathotep That was very much appreciated!

I'm diggin it man!
Loving the Cthulhu and the swamp lips. :)

I read your other post about engagement and I 100% agree.
Just wanted to let ya know I see your stuff and appreciate your consistency and awesome artwork.

I feel like Hive is still a baby and the audience is slowly warming up.

Thanks! It's nice to be appreciated. "still a baby"..perhaps. And a baby's mental development is greater when exposed to arts music and laughter, I think we'd all agree on that XD