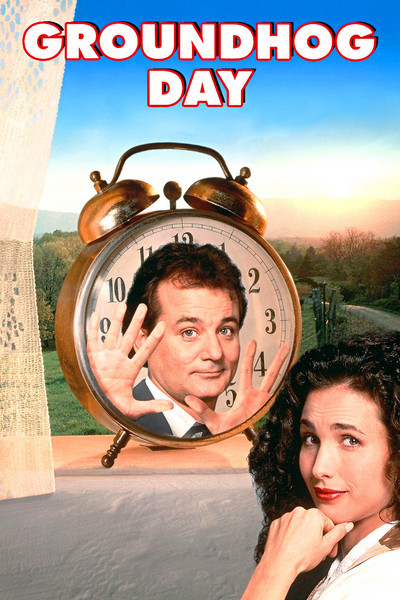 When I read about the theme for this week, I immediatly knew which movie I was going to pick. I am not an enthusiast of romantic comedies, however, this film became one of my favorites since the first time I watched it with my wife. We were dating when we first watched it on TV via a VHS tape, I think she didn't like it as much as I did, but ever since that day, I watch it every February 2, it has become a tradition.

Perhaps I love it so much because of the message and also because in some ways I can relate to the protagonist and his lack of optimism. This is a film that never fails to make me laugh out loud and I don't think I'll stop doing this yearly tradition any time soon. 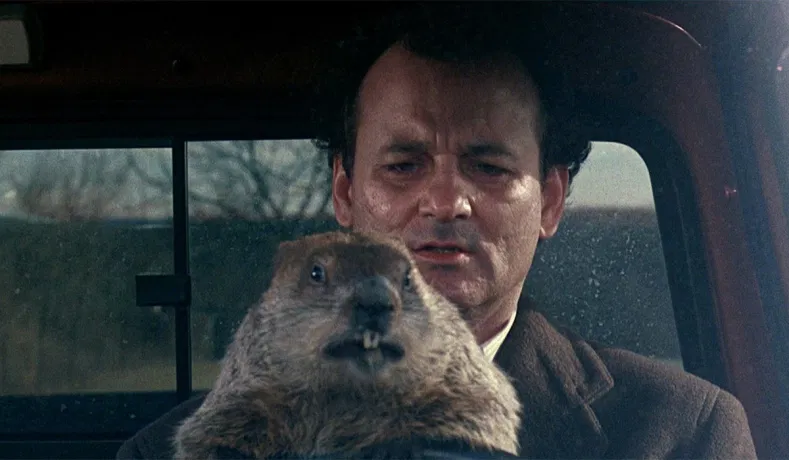 Groundhog Day is a 1993 romantic comedy film directed by Harold Ramis and written by Ramis and Danny Rubin. It stars Bill Murray and Andie MacDowell as the main characters.

Phil Connors, a weatherman/broadcaster, is sent to cover a story about the annual Groundhog festivities, an event that takes place every year in the town of Punxsutawney every February 2 where a groundhog is supposed to forecast the weather, he is frustrated and it seems like just another boring normal day. However, for reasons unknown, he gets stuck on a time-loop where he has to relive the very same day over and over, forever stuck in Groundhog day. 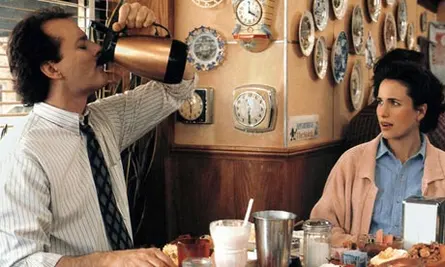 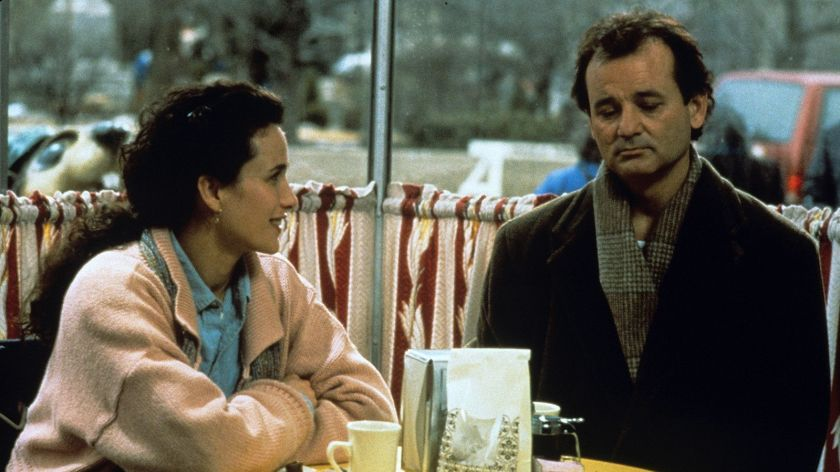 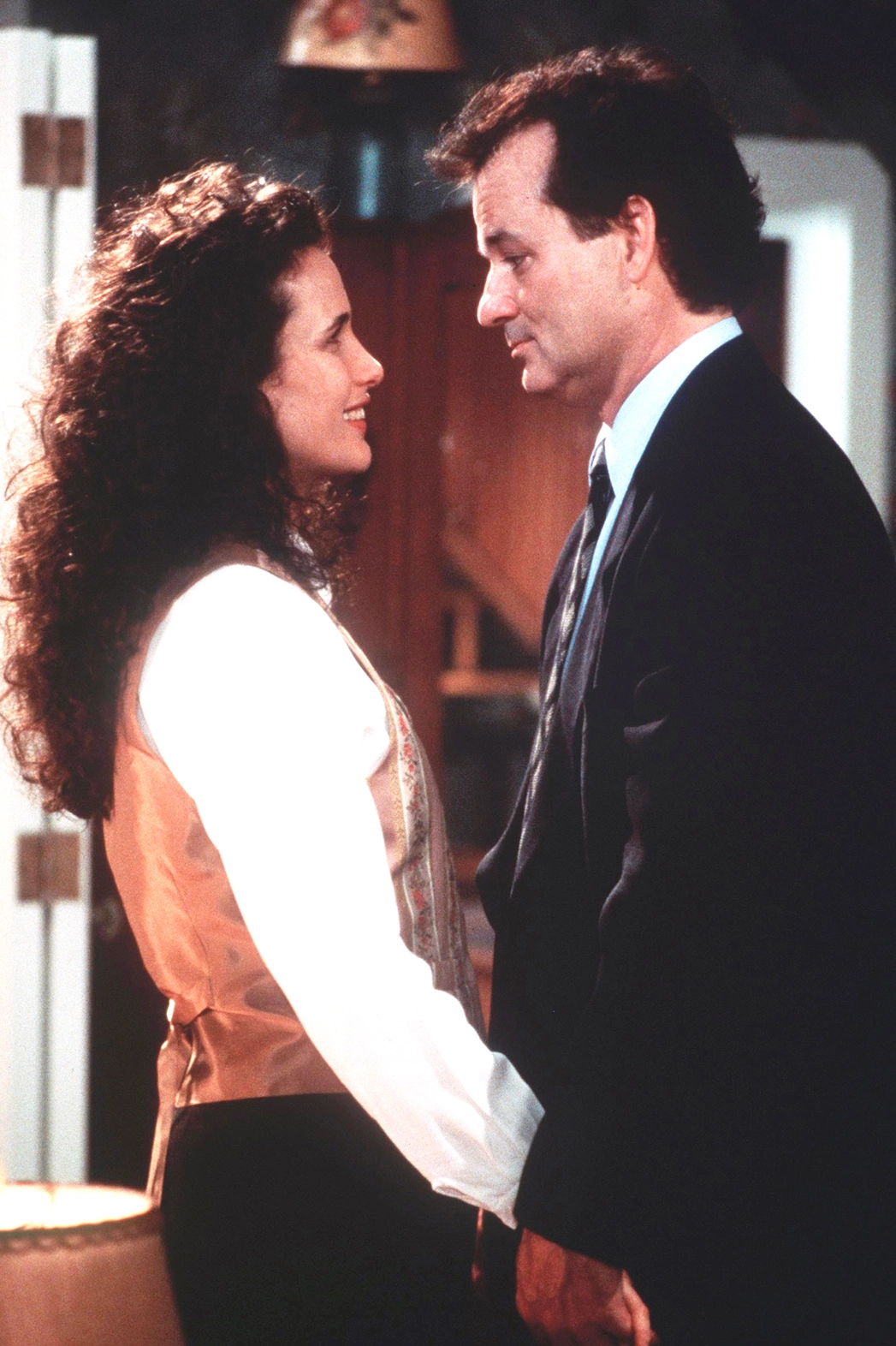 Bill Murray and Andie MacDowell chemistry is outstanding. Murray is able to perfectly portray a sarcastic and dry main character that is living in a ridiculous situation, plus the warming optimism of MacDowell as a female lead makes an amazing contrast and dynamic.

The comedy of Groundhog Day is a very smart one, not being keen on repeating jokes and being really clever, the setting allowing the making of many funny situations. The script really does help, as it is witty and is able to make us sympathise with the characters, even if they are people that we don't really like at first, we warm up to them as the movie goes on and they get character development. 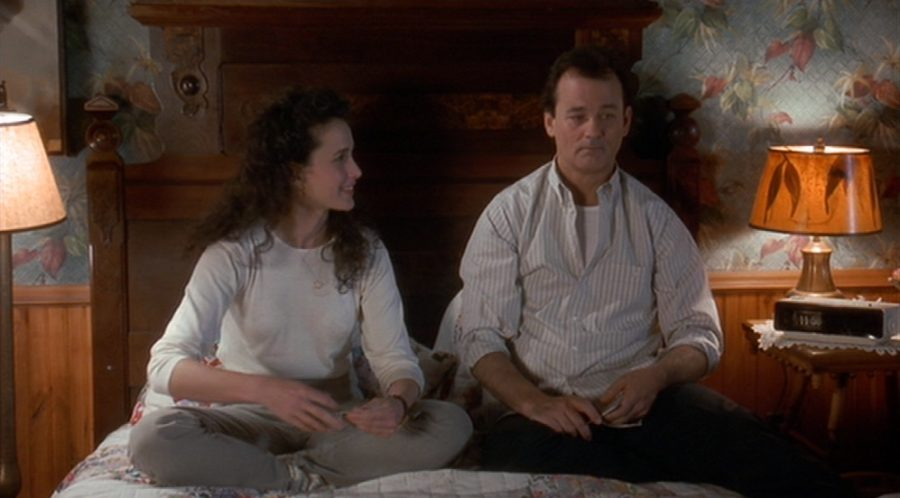 This film is very special to me because of the message it portrays.

Many people say that their life is boring because they live in a town or city where every day is the same, they get fed up with everything that happens around them because it is monotonous and nothing seems interesting.

This film shows us that the boredom and demotivation of people blaming their environment is false, it is something that we impose on ourselves, making the days empty and meaningless and without any happy and exciting experience. 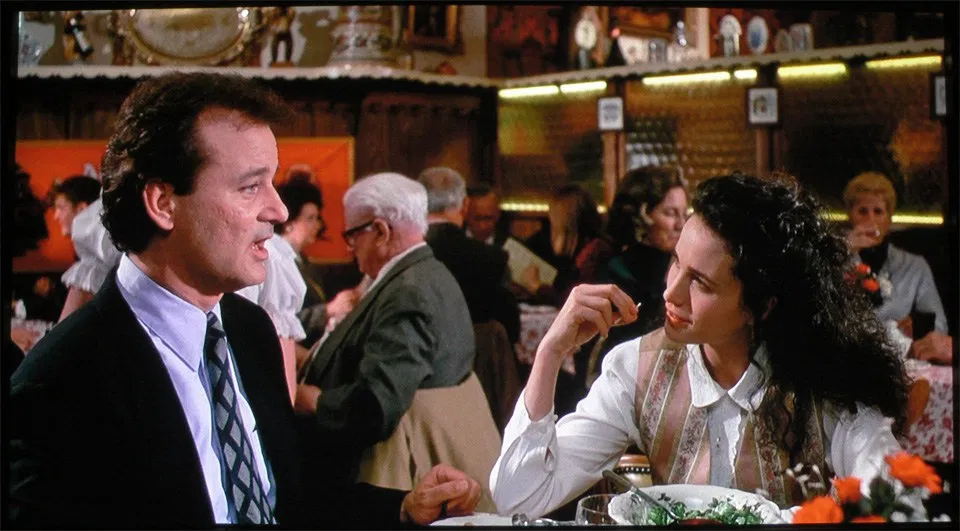 Under normal conditions, we can make each day different, we can seek new experiences because there are always interesting things that we can learn, for example, in the film there are some scenes where the protagonist, Phil Connors, always makes the mistake of putting his foot in a puddle of cold water on the street, he lives the same day every day and yet always falls in the puddle of water, that is, he does not learn from his mistake because his thought is concentrated only on him, he is a totally selfish being and that happens to us quite often.

In the end, after inevitably living that same February 2 every day, he realizes that around him, in that boring town of Punxsutawney, you can learn many things and live a full life. 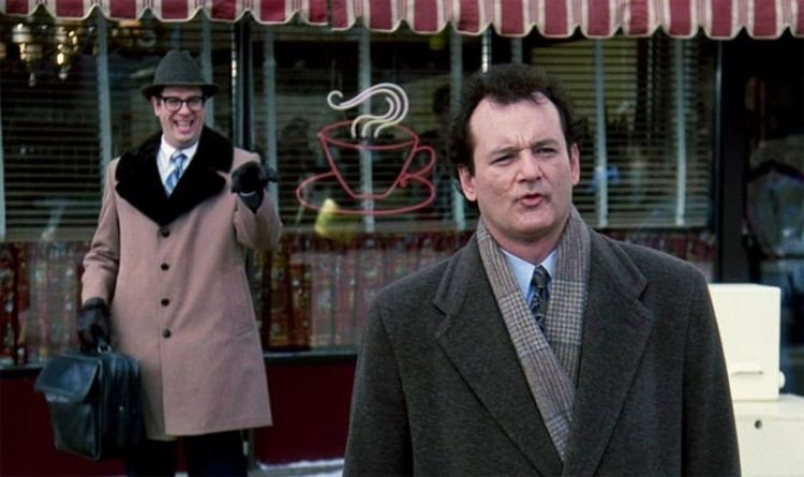 Many people think that in order to live fully one must be a millionaire, live in a big city, have many friends, be successful good-looking, and also millionaires; but life really teaches us that this is not true. We must contemplate our surroundings and share with the people who are close to us, learn from experiences and improve with each passing day, we must remember that, unlike the film, days do not repeat themselves and we grow old with the passage of time, So let's make the most of each passing day and live happily with what we have, where we live and with the people we love.

A Film that You Must Watch 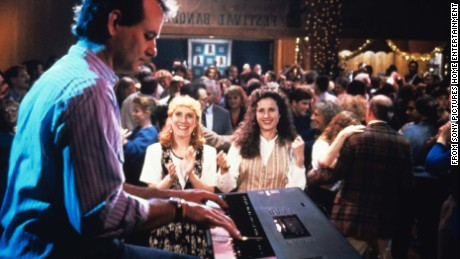 Groundhog Day earned its spot as one of my favorite movies of all time. It has an amazing script and acting, as well as a timeless message that really resonated with me and I desperetaly needed. I watch it every year and each time I manage to get something out of it, it's truly special. Not only that, but it's a hilarious movie, brightening up my day no matter what.

If you haven't had the chance to watch it, I truly do recommend it. Perhaps now than ever is the best time to watch it, as we are like Phil, living the same day over and over not being able to go out of our houses.

This is an entry for League of Movies (HIVE WRITING CONTEST): Fifth Edition | Week 03 - Now and Then sponsored by @wiseagent

This movie has a very touching way of talking about time travel.

Good luck in the contest, @rnunez09.

It does! Thank you so much for your comment