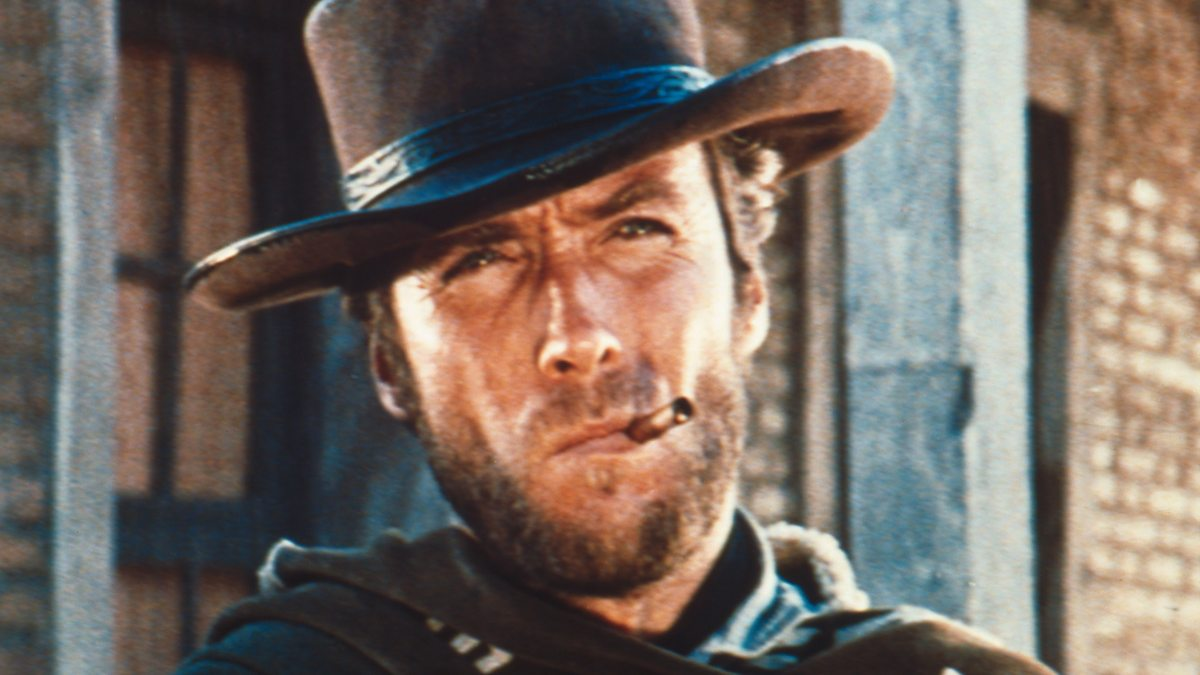 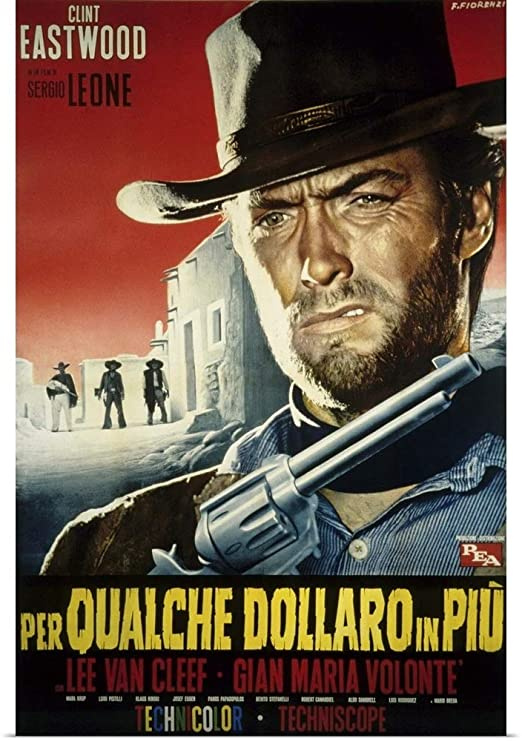 It is impossible to forget those Sunday afternoons when I used to watch western films with my older brother on TV. I remember that he loved them, he also read comics from the Wild West and he even wore cowboy boots with his jeans.

We watched many films, but the ones that I liked the most were known as spaghetti westerns and my favorite was Sergio Leone's 1965 film For a Few Dollars More, a classic, starring Clint Eastwood, Lee Van Cleef and Gian Maria Volonté.

Ever since I was a child, this movie has held a special place in my heart, not only as my favorite western, but also as one of my favorite movies. I've watched it many times and without a doubt, one of the things that made me fall in love with it is the amazing soundtrack, mesmerizing, exciting, and full of meaning. 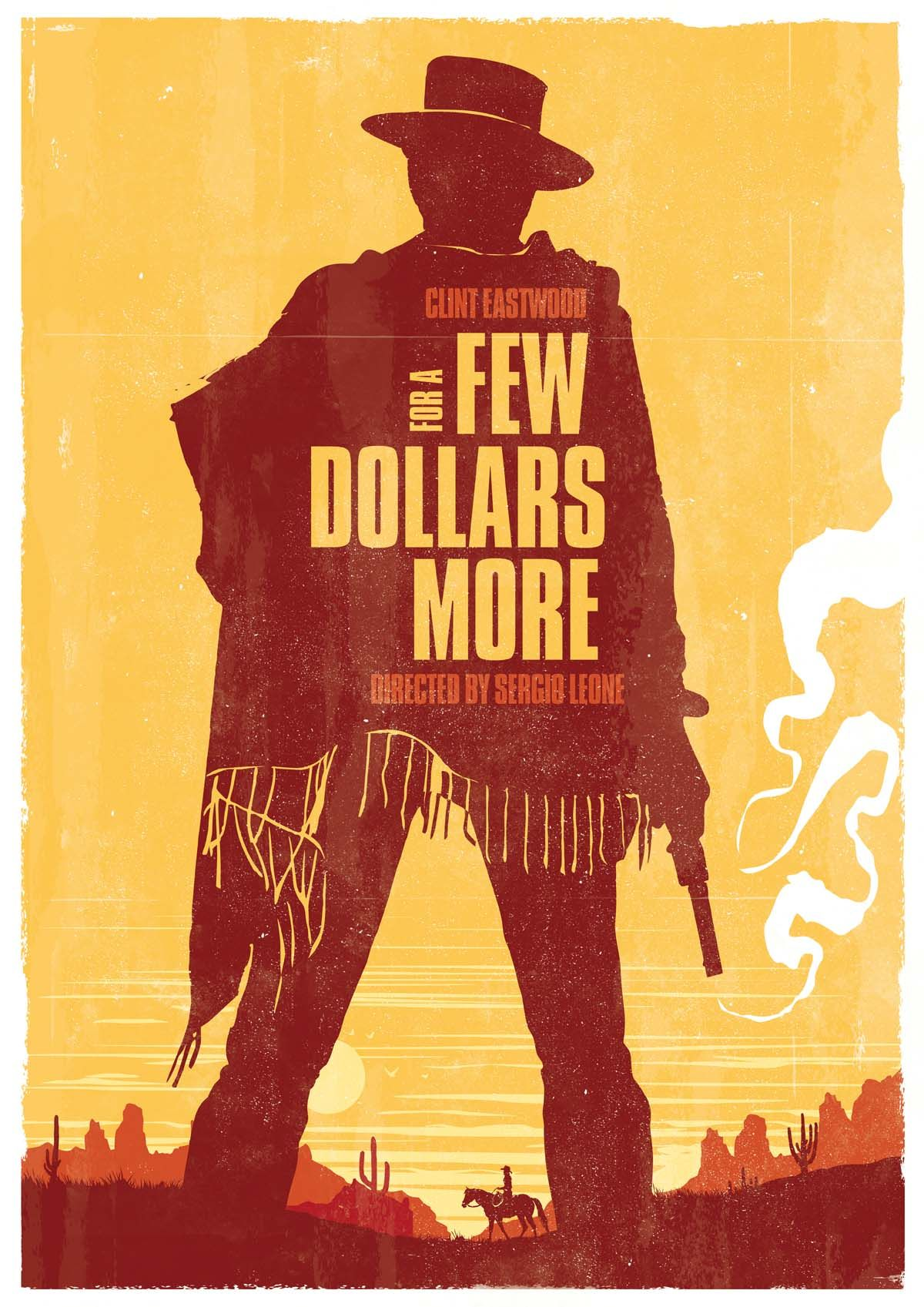 It revolves around 2 bounty hunters, a nameless man that many call Manco and a former army officer, Colonel Douglas Mortimer. These two men are trying to catch "El Indio", a ruthless criminal that robbed a bank.

At the beginning, the film seems to be quite simple as it revolves around the fight between El Indio (Gian Maria Volonté) against Colonel Douglas Mortimer and Manco (Clint Eastwood), to obtain the stolen money from a bank, however, at the end of the film, we are met with a spectacular plot-twist, as we learn more about our protagonists and their actual motivations. 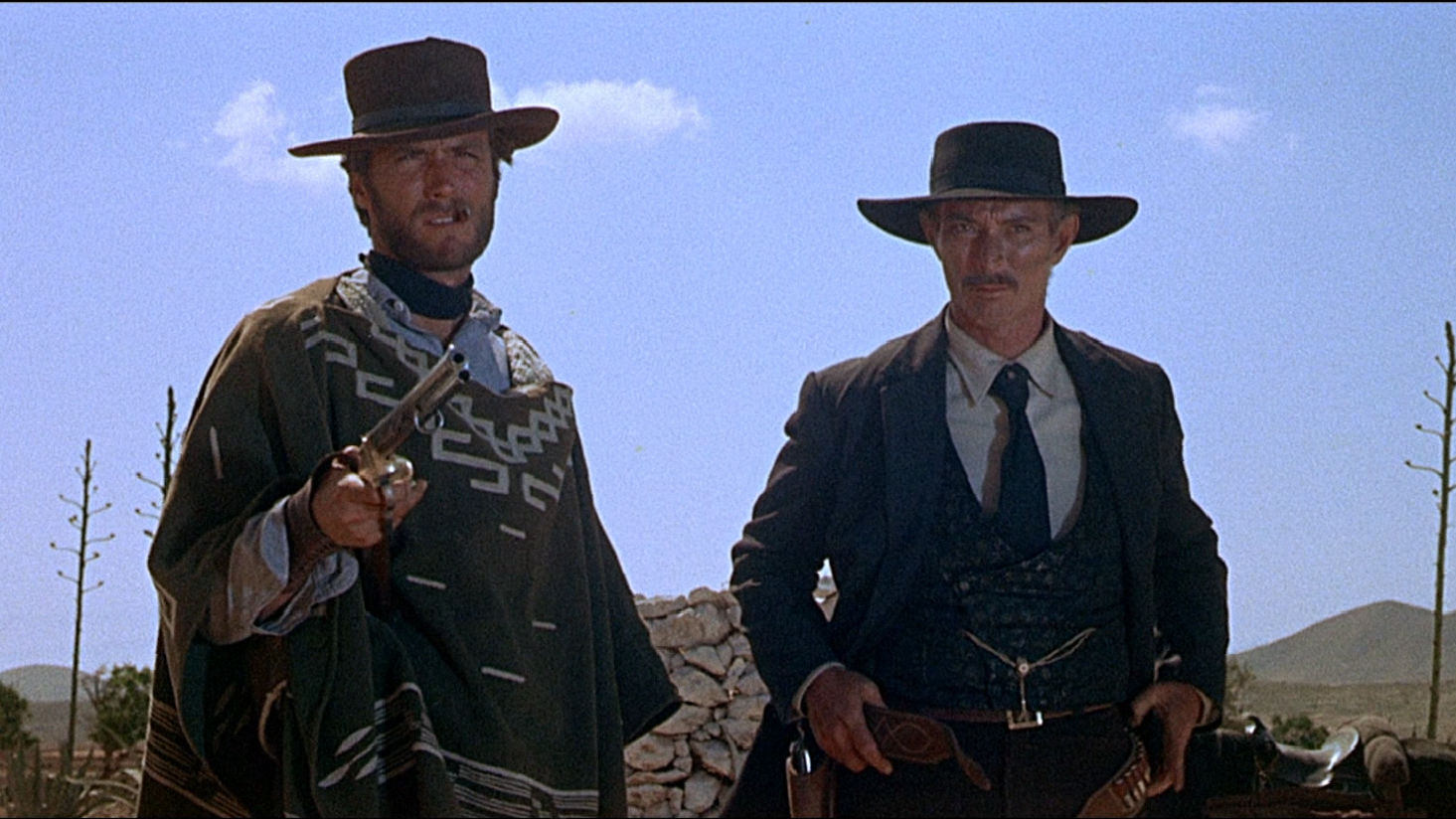 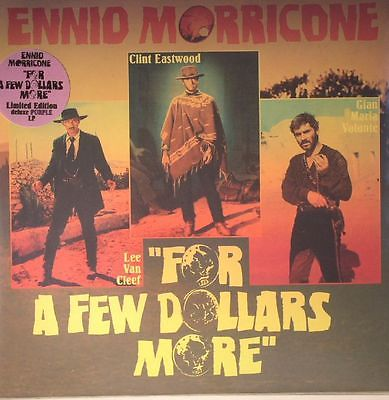 The soundtrack of this film is extraordinary, being composed by Ennio Morricone, one of the most versatile composers in film history and also one of the most influential of the 20th century. Morricone is actually among my favorite composers, being involved in Cinema Paradiso's soundtrack as well as the one from The Good, the Bad and the Ugly. 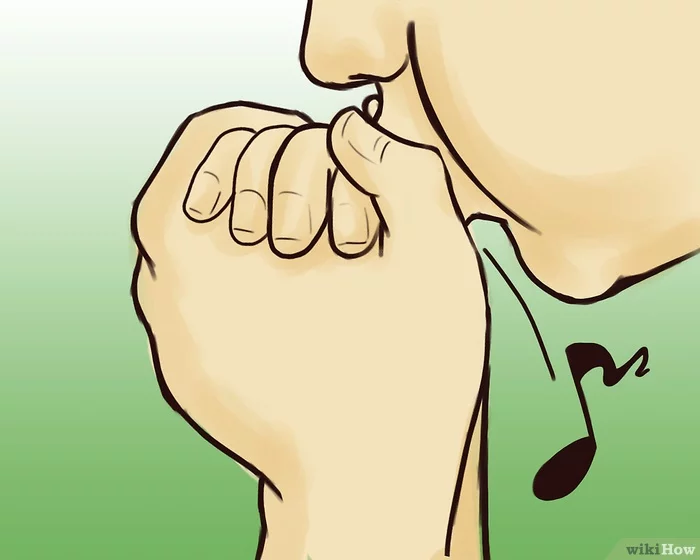 When I was a child I liked to whistle to produce that special sound from these films, I also liked to do something we knew as hand whistle, I did it by cupping my hands leaving a space between the thumbs, then blowing between them while opening and I closing my left hand to let the air out. 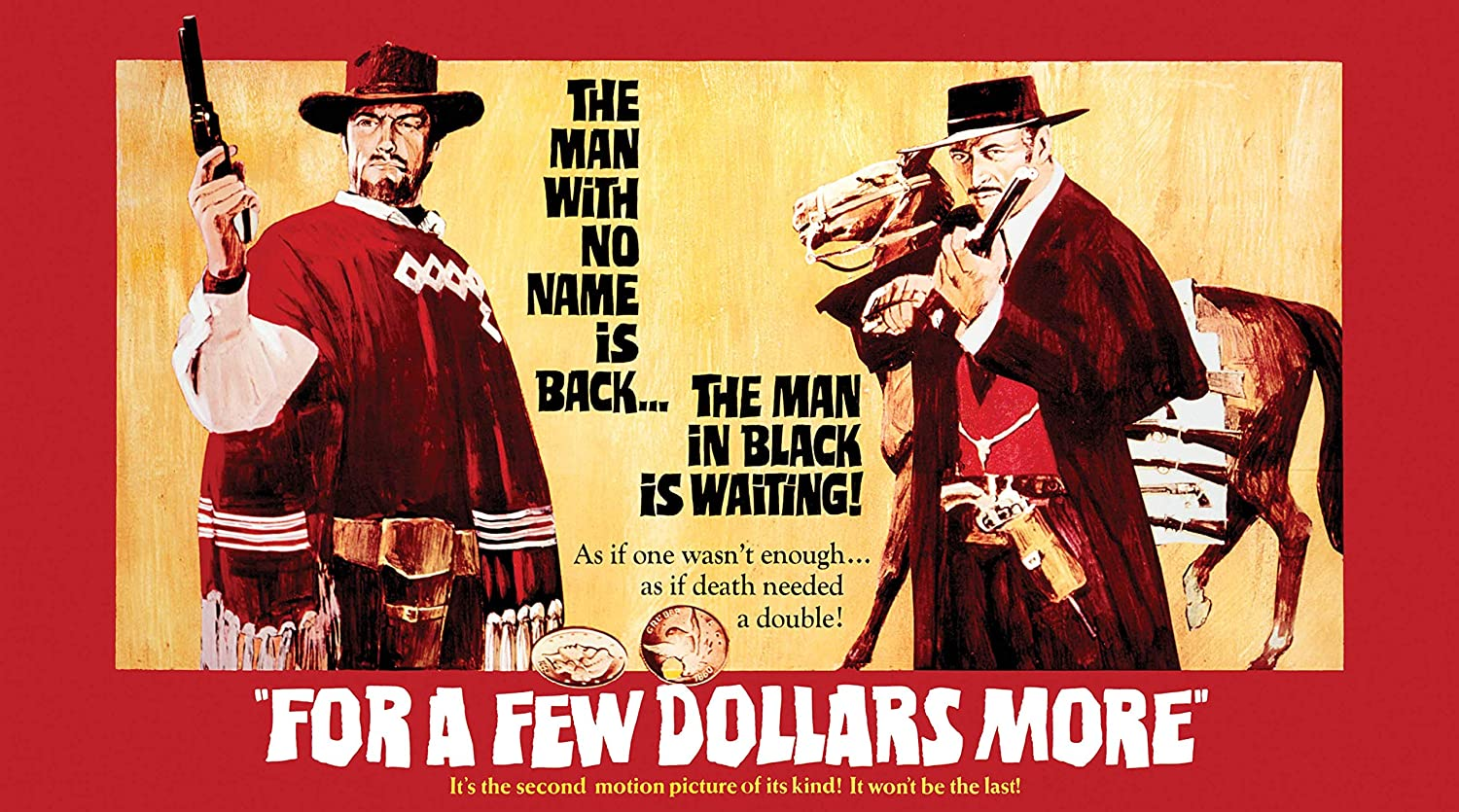 The music of For a few dollars more has a special melody that transports us to that arid environment with the harsh sun of the North American west, specifically the border between the USA and Mexico. The sound of the wind instruments evokes the whistle of the strong breeze blowing and kicking up the dust in the vast solitude of the desert, the guitar, and other instruments emulate the blow of the horses' hooves on the ground that only skillful horse riders can produce. And finally, the drum beats and the simulation of sudden shots envelops us in that hostile but attractive and exciting environment of the lawless west.

An Unforgettable Scene with A Spectacular Use of the Sountrack (SPOILERS)

We could say that this type of melody described above is the leitmotif of the film, but at the end of the film there is a captivating, unforgettable musical theme that fills us with desperate suspense, it is the duel scene of El Indio and Colonel Mortimer at the very end of the film. This scene begins with music that comes from a clock owned by El Indio, a very significant object in the plot. As soon as this melody stops, the men must shoot each other to death. 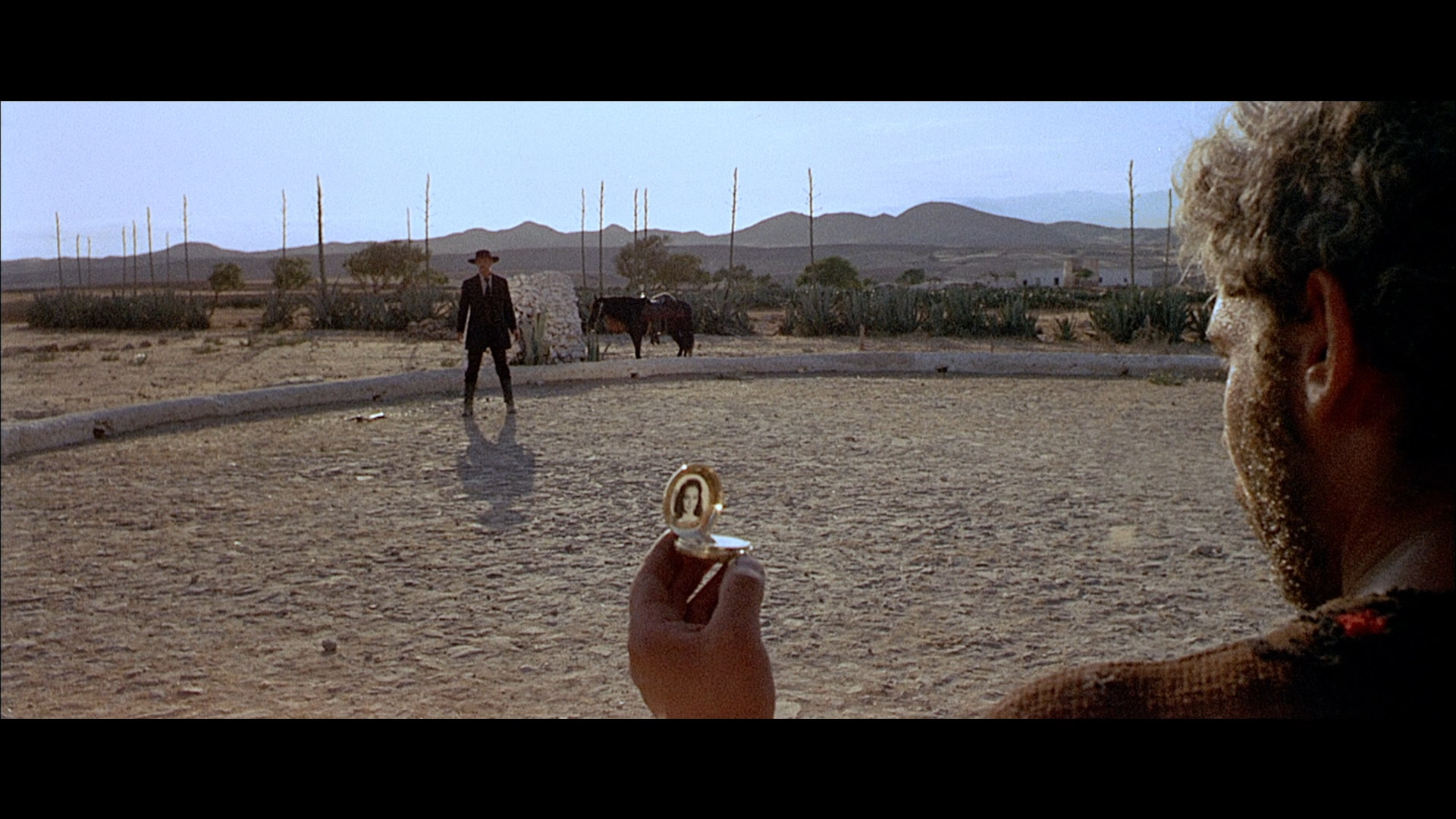 At the beginning of the duel, only the slow music emitted by the clock is heard, which is produced by the piano in the band, then the violins, the guitar, and other instruments start playing, which produces an exciting expectation in the audience. Then suddenly the instruments stop and only the clock continues ticking (the piano) until the last note in which the shot of Mortimer is heard, who kills El Indio avenging his sister.

Through this masterful scene, many things are conveyed to the audience via the sounds. This scene makes us realize that Mortimer is actually looking for revenge, we didn't know that he also had a clock similar to the one El Indio had, and as soon as the music continues to play, we are met with this twist in the story.
[Source of the First Image] [Source of the Second Image] 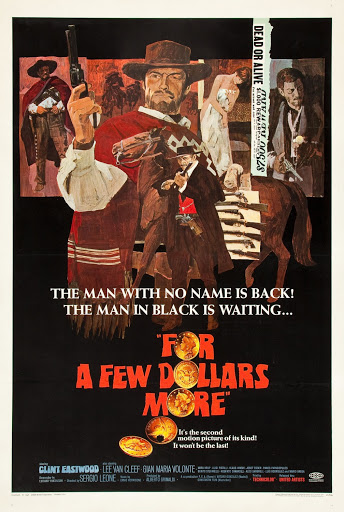 For a Few Dollars More is a movie that I hold close to my heart, it made me excited with the idea of cowboys and the wild west, and it also brings back many memories of my childhood.

This movie's soundtrack will always be in my memory, and mainly that final song in the scene of the clock and the duel, every time I listen to it I say with emotion the same thing that Clint Eastwood said in the film: BRAVO!

This is an entry for League of Movies (HIVE WRITING CONTEST): Fourth Edition | Week 01 - Play that music sponsored by @wiseagent

Ennio Morricone, who did the score for many of these incredible Clint Eastwood westerns, recently died. I don't think there will be another person quite like him in terms of his talent. His works make the films just that extra bit more perfect.

Indeed, he was a genius capable of making the most iconic soundtracks of all time. He singlehandedly provided western films with a specific and unique sound, elevating each one of the movies he worked on.
Thank you for your comment and support!

Awsome choice for this round! Morricone's work for this movie is just amazing!

Good luck in the contest, @rnunez09.

Thank you! He truly was a genius composer