Hive Is Backed By Free Speech

bagofincome (64)in LeoFinance • 6 months ago (edited)

The power of free speech has never been more important than it is now. Various propaganda machines run by war criminals are fighting each other and no matter on which side you are, your national news is the ultimate truth that can't be questioned. The sad thing about it is that we are being lied to and nobody cares. People are getting banned from centralized social networks for speaking out and having different opinions than the mainstream media. 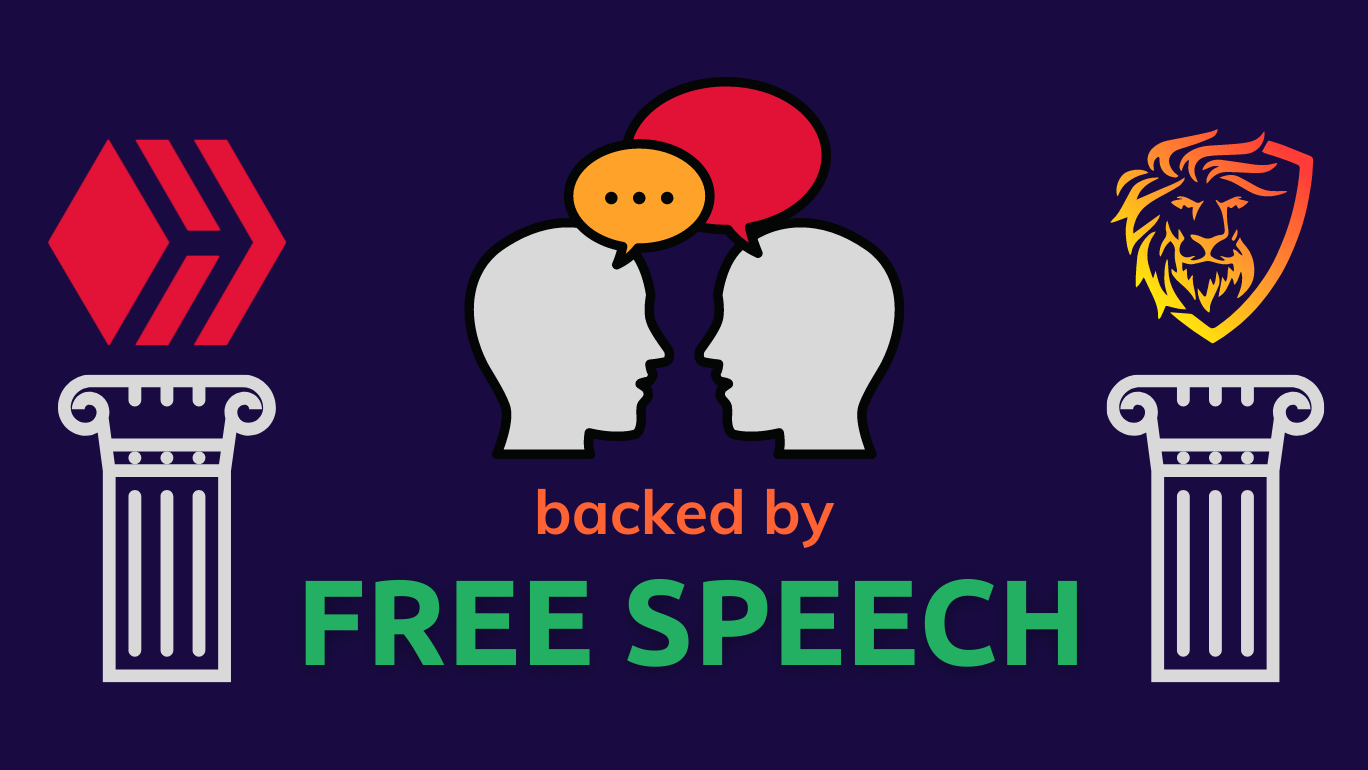 Imagine if Google or Twitter worked as they should? Without fake trending topics and rigged first-page results? I think we would nourish as a society if that happened but at first, there would be a revolution. People would realize nothing is as it seems. We'd get rid of all the leeches and corporations promoting their stupid shi and censoring the truth. Then we'd let people rule the place.

But that's just my imagination. I see censorship as the modern-day book burning. Instead of burning books, we're deleting posts, profiles, and entire websites just because some evil bastards decided to keep the knowledge to themselves.

On Hive, You Can't Delete a Post Or a Profile

Every user here owns their private keys and nobody else has the access to do anything with their account. Yeah, there are groups of people pretending to be some kind of hive thought police, and they are downvoting some posts. If that happens, the user doesn't get paid. But at least the post will still be there. Right now, that's more important. As for these self-proclaimed 'batmans', I believe we'll deal with them as Hive gets bigger.

The most important thing that Hive has are the communities full of people who have been Hive users for years. Some of them have become project leaders, others developers, or some of the best writers out there. Think about any topic there is and there must be a community focused on it. If there's not, you can be the one to start it. Being together through ups and downs is the most beautiful thing.

There have been countless new users who start out really well but then disappear. Whether they didn't earn as much as fast as they wanted or simply didn't have the time to continue using Hive, new users are joining up every single day and those who are consistent with what they do are usually the ones with the highest paying posts. It's not hard, you just gotta do it every day.

If you're not into creating articles yourself, start with reading those that interest you. Once you find something and read it, write a comment describing your own experiences. That way you'll make new contacts and if you're clever enough, earn Hive and other Hive engine tokens as well. Yes, on Hive you can earn by commenting! And also by upvoting the content of other people. Amazing, isn't it?

On Hive, you can be anything/anyone you want to be. Do you have an alter-ego? Put it to work and earn you some crypto. All it takes is imagination and, as mentioned before, consistency. Dedicate time for your Hive journey every single day and soon you'll see how it has changed your life. It will be difficult at first to eradicate your mindless scrolling habits and change the muscle memory of opening corporate apps but if you make it, you'll set yourself free. And yeah, there's no KYC!

That's me under the mask.

Thank you for reading, 'till the next time we meet!

#crypto #writing #proofofbrain #posh #blockchain #hive #ctp #blog #leofinance
6 months ago in LeoFinance by bagofincome (64)
$3.79
24 votes
Reply 2
Sort:
[-]
poshtoken (77) 6 months ago
The rewards earned on this comment will go directly to the person sharing the post on Twitter as long as they are registered with @poshtoken. Sign up at https://hiveposh.com.
$0.00
Reply