This was not a good season in terms of the number of chests as I have got only 38 chests this season which is less than my target number of chests which is 50. This was mainly because of my unavailability for playing. I target of getting more than 50 chests per season and this season I got less than 50. The daily chest rewards were also good this season with some good rewards for me because I was continuously getting some rare cards and some SPSs. 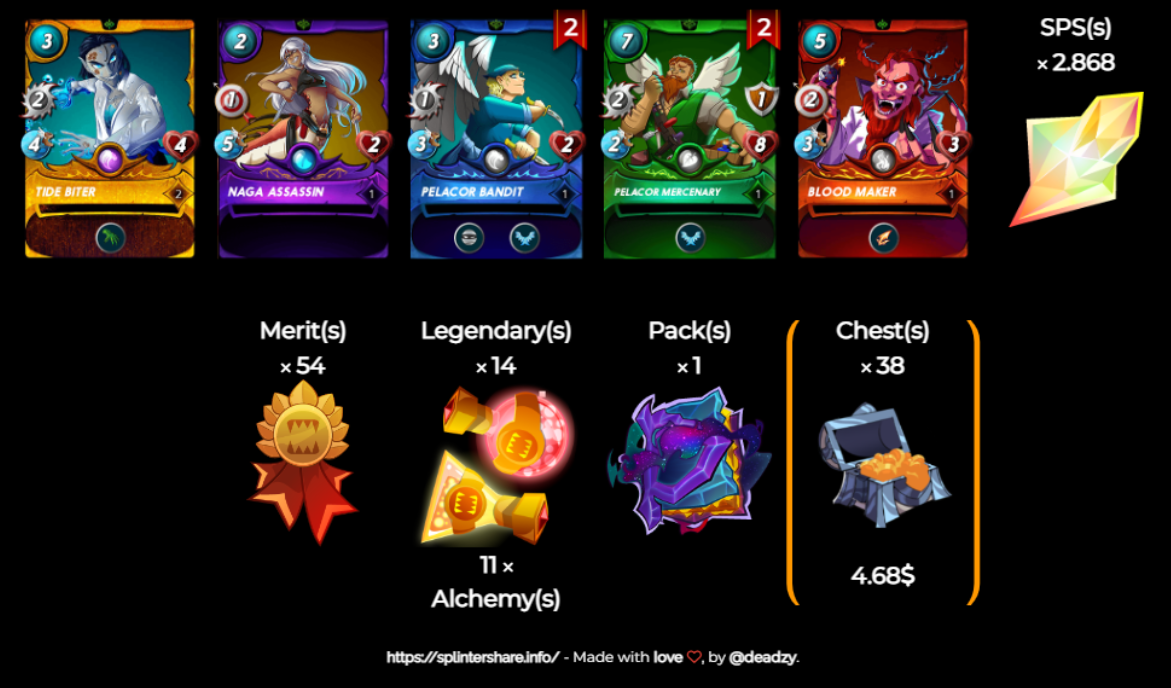 So I have got around 18 Common, 2 Rare, 0 Epic and 1 Legendary in this whole season, and I have got 1 common and 1 Epic Gold card foil and the total burn value is around 630 for common and 2625 for Gold. Similarly, I have gotten around 28 Legendary Potions and 32 Alchemy potions this season, and the total SPS received is 40 SPS. And I have also earned around 253 Merits. I have also got around 1 Chaos Pack but opening it doesn't give any good cards though.

The SPS staking is continuously growing for me and hopefully, I can achieve the target of 5K SPS by the year's end. It will be tough to complete 5K but again let's try to complete it by the year-end. 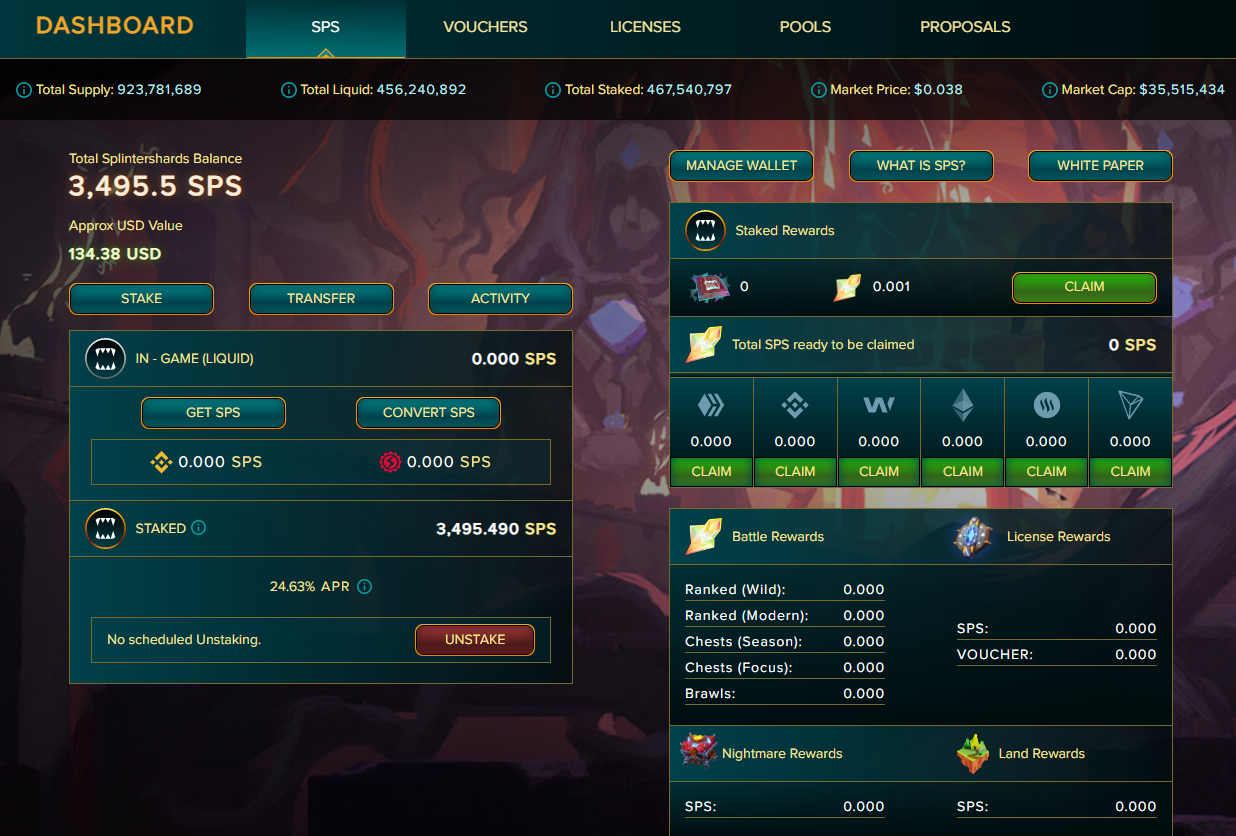 With this, I have to also have to understand all the new features coming into Splinterlands too.

If you want to play Splinterlands then you can join it here.