cryptomaniacsgr (68)in LeoFinance • 7 months ago

What i did learn already from the previous season and confirmed in this one, is the fact that silver chest rewards are equal or better than gold chest rewards (or it's just a coincidence?).

Lets break down the rewards of both accounts and confirm my saying.
So, below is Season rewards for my main account cryptomaniacsgr, 75 gold chests with overall value 5.59$ 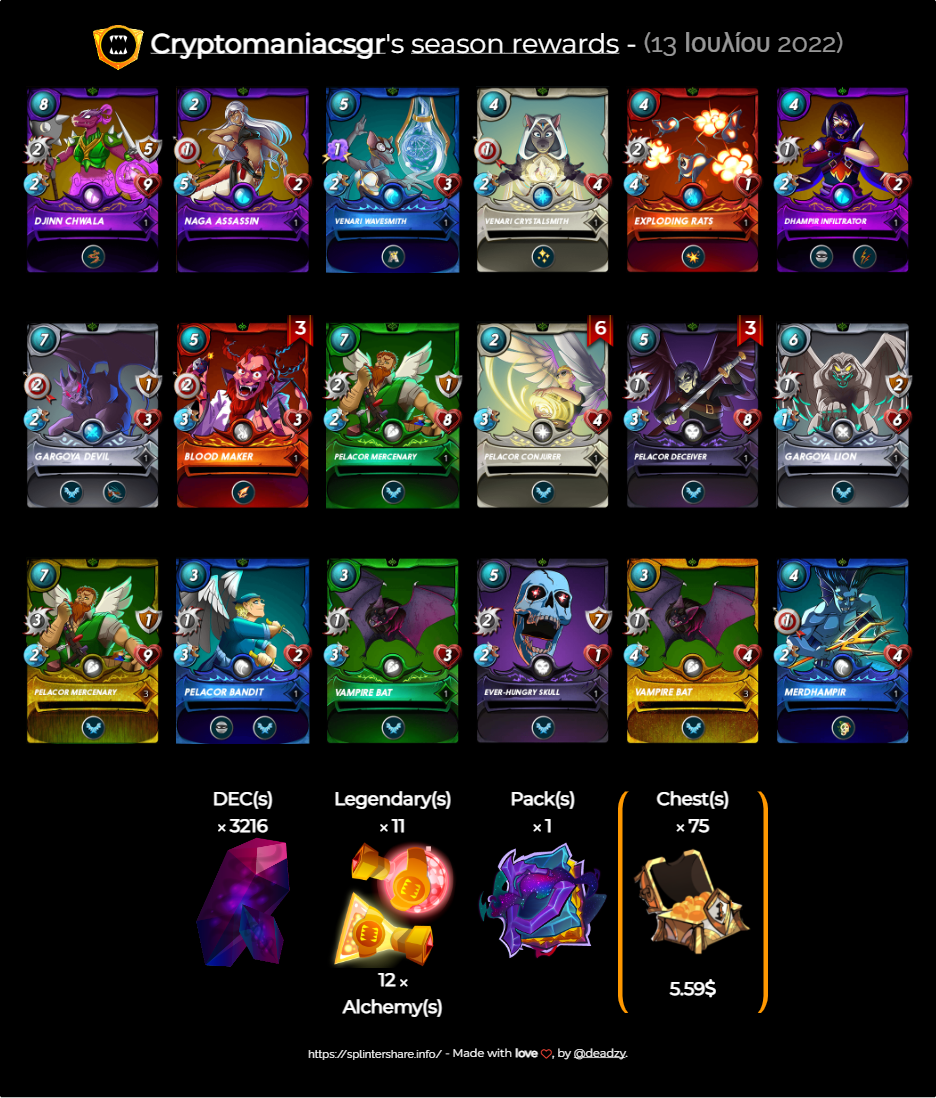 Not bad at all, actually is way better than my last SR in that account, now lets compare it with my alt's!!
To begin with, here are 12 chest less which means 63 silver chests with overall value 5.28$. As you can see they valued exactly the same even if the silver chests are 12 less than the gold ones!!

So what do we have here is the following: 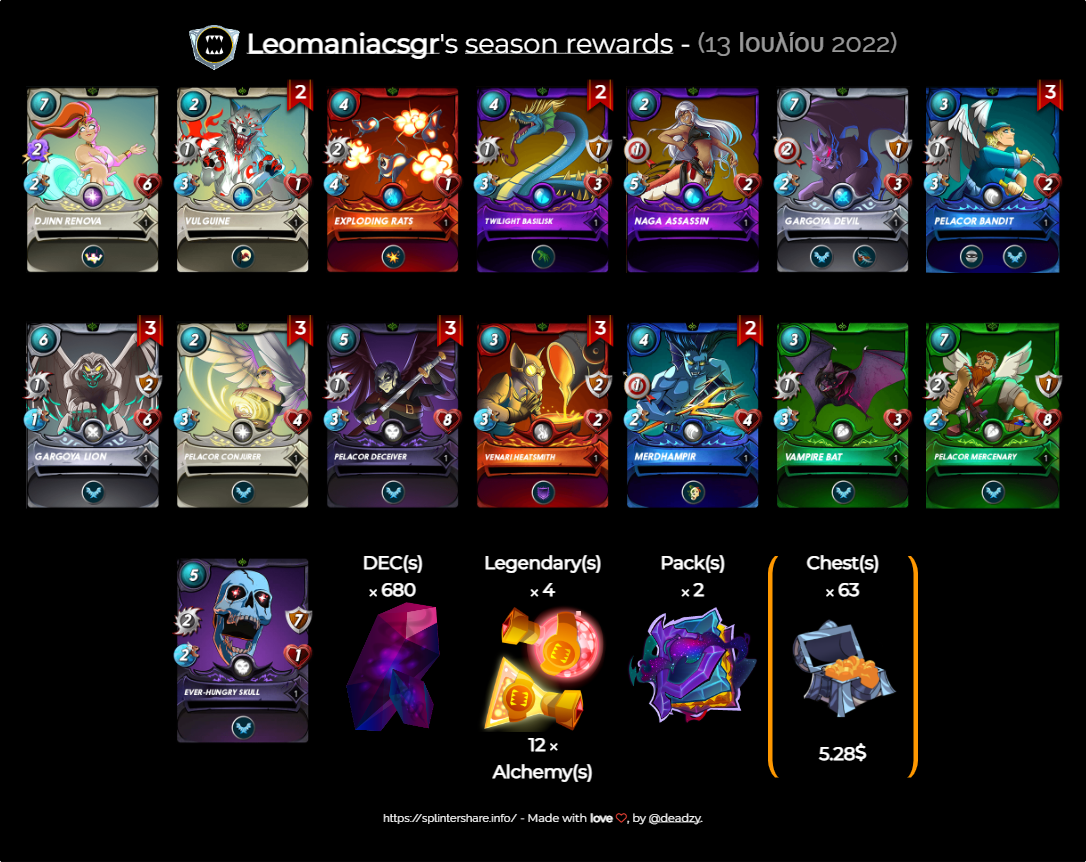 The real difference is noticeable in the summary of the season (focus and season rewards), here the cryptomaniacsgr account received 213 Gold chests (there were all gold) with value 16.39$ which is very good i can say. 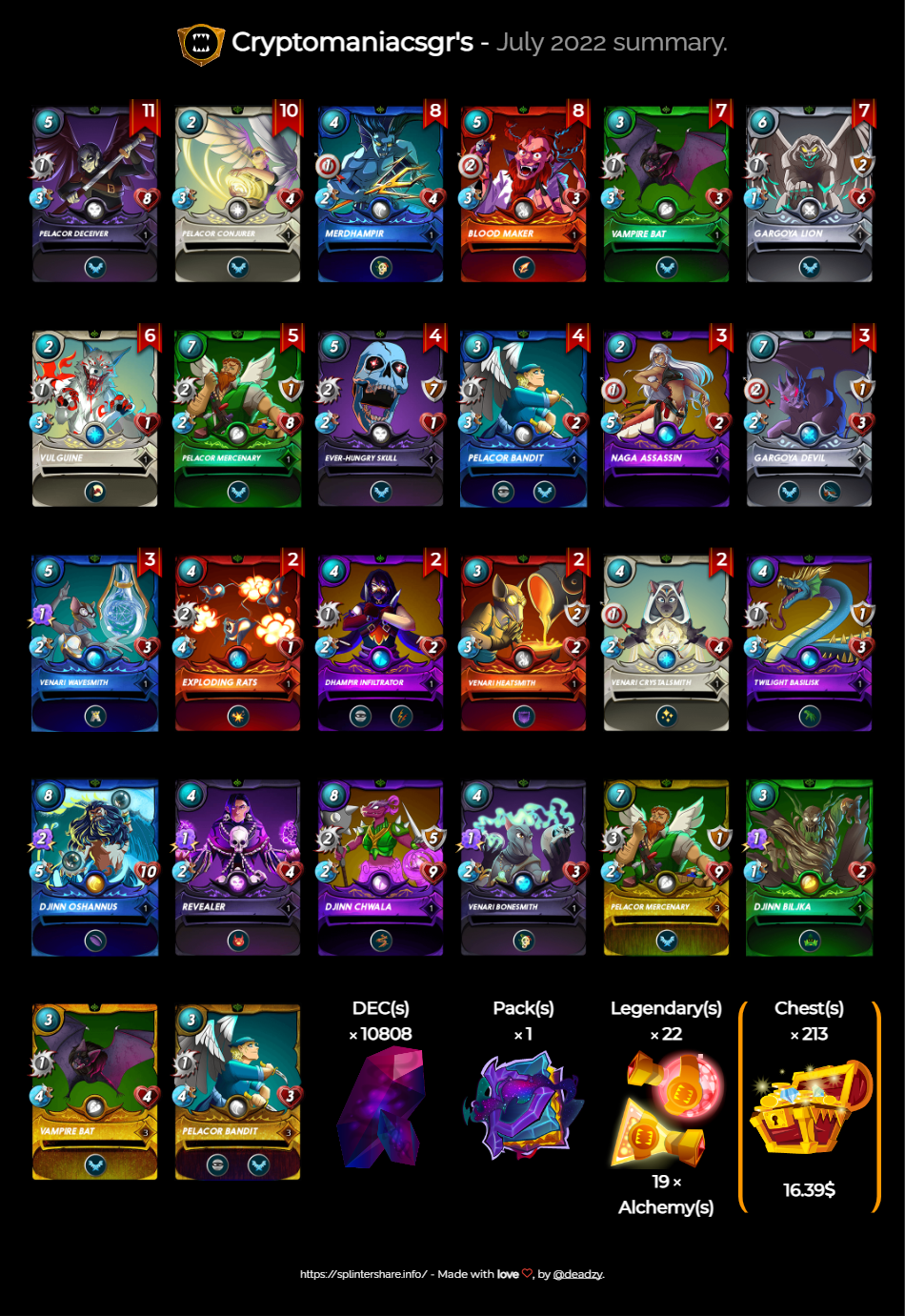 In the other hand leomaniacsgr account received 220 chests (bronze and silver mixed) with total value 18.4$ , just 7 chests more and the value is higher by 2$ (the bronze ones might be over 60 here)!! 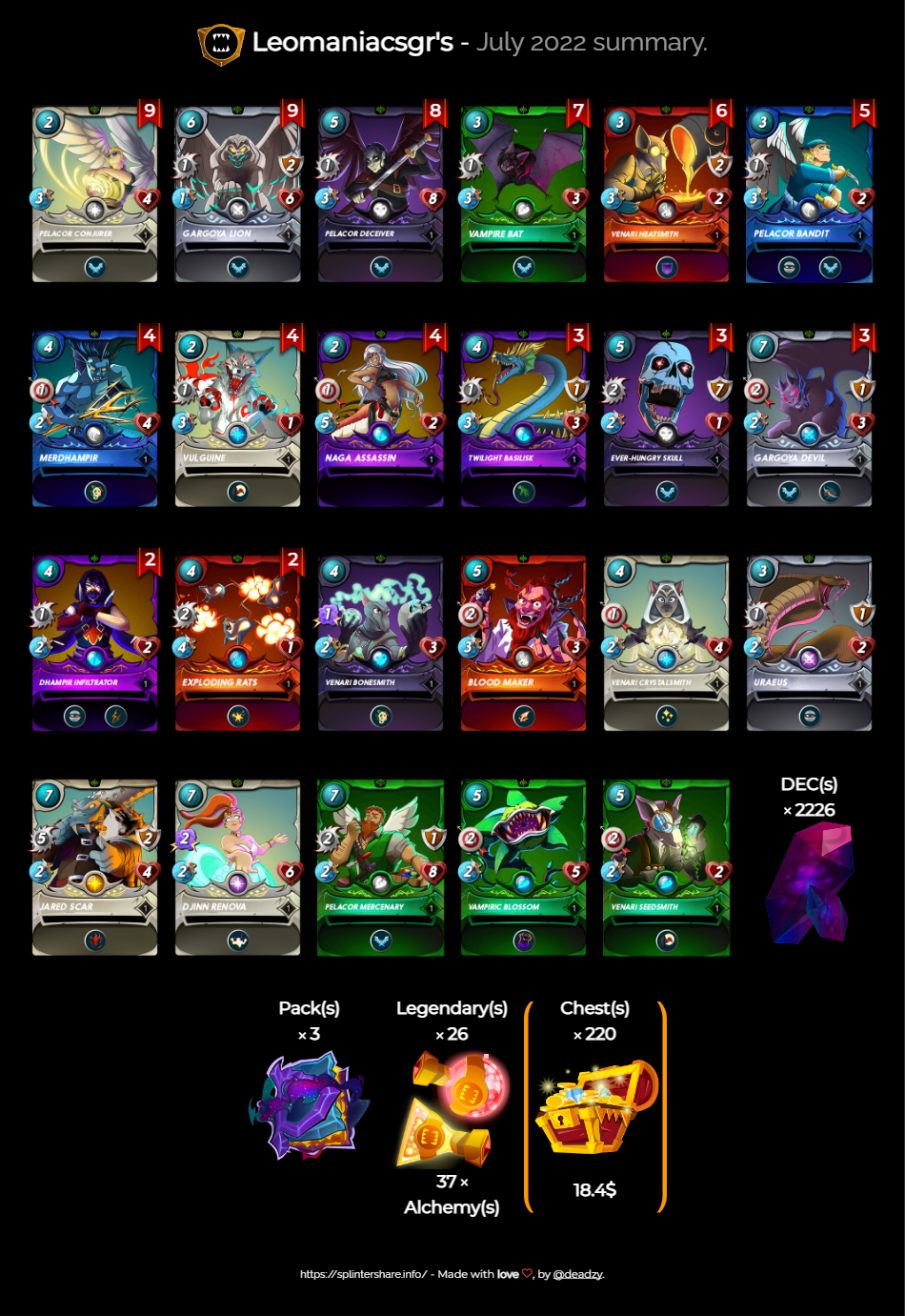 In the end, the once forgotten account it can compete in the bronze leagues now (with some help from the main) with no rentals at all and with few for each Focus quest in the silver!!!!
I couldn't imagine when the new reward system applied that my second account can grow that much in less than 2 month's period!!!

Dear @cryptomaniacsgr, sorry to jump in a bit off topic but may I ask you to support the HiveBuzz proposal?
It recently lost its funding, is struggling to get back above the HBD stabilizer proposal, and is in dire need of help.
You can support it on Peakd, Ecency,