Back to nice returns for CTPSB stakeholders 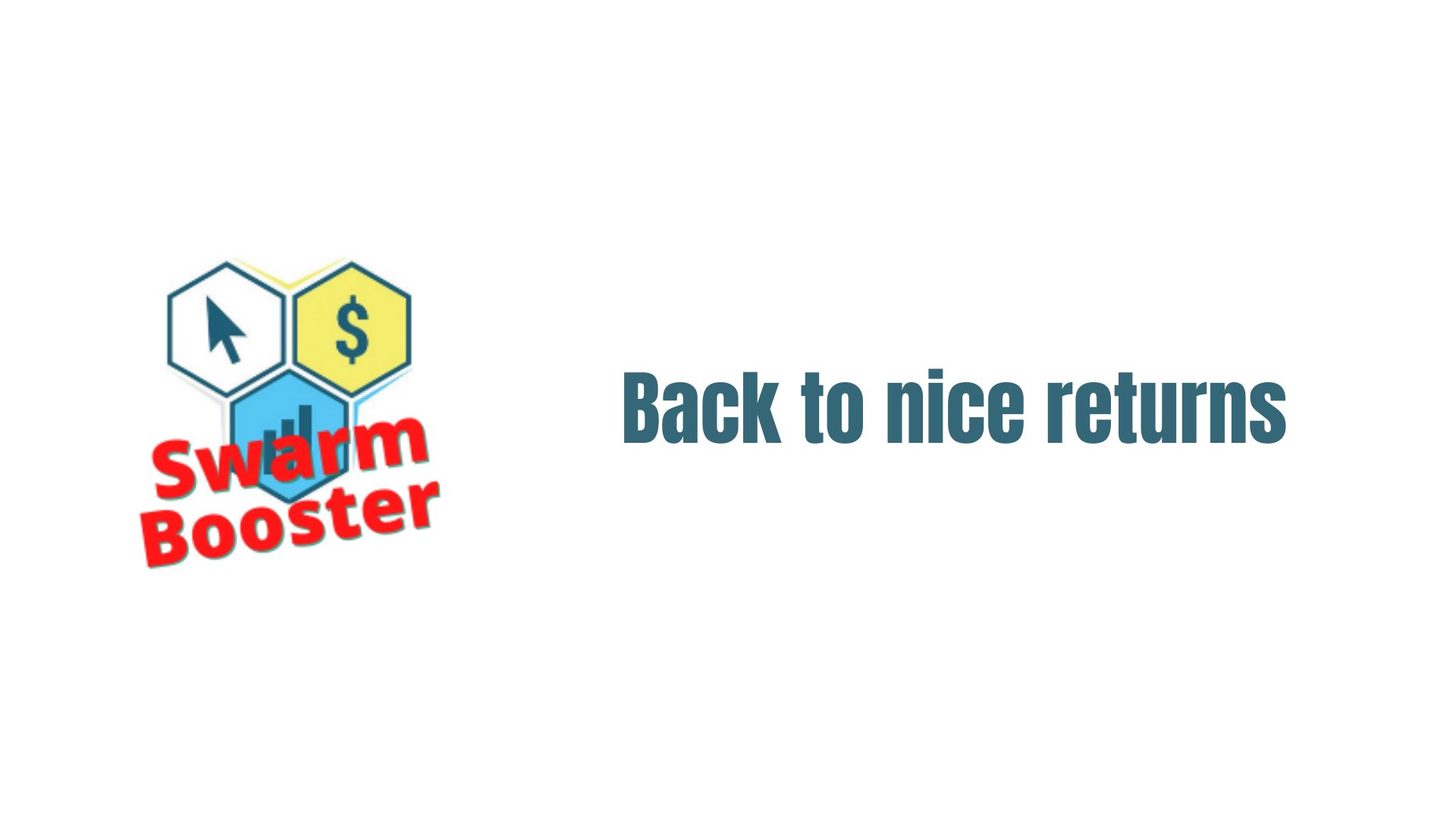 On 16th of October for example, we have distributed a total of 3100 CTP dividends to delegators for one week. This represented only 6.2% APR at the time. If the delegators would have kept their CTP tokens however, today these 3100 CTP would represent 25% APR!!!

When people continue to support the project even if the CTP token is worth less, then it can pay out at a later time. Since the CTPSB project tries to compensate a possible decline of CTP value by distributing more tokens to delegators, sometimes it pays out in the long term...

This week we have paid a total 1230 CTP tokens to delegators which is a return of 10% APR. Also The APR for CTPSB holders has gone up and is again above 20% today. 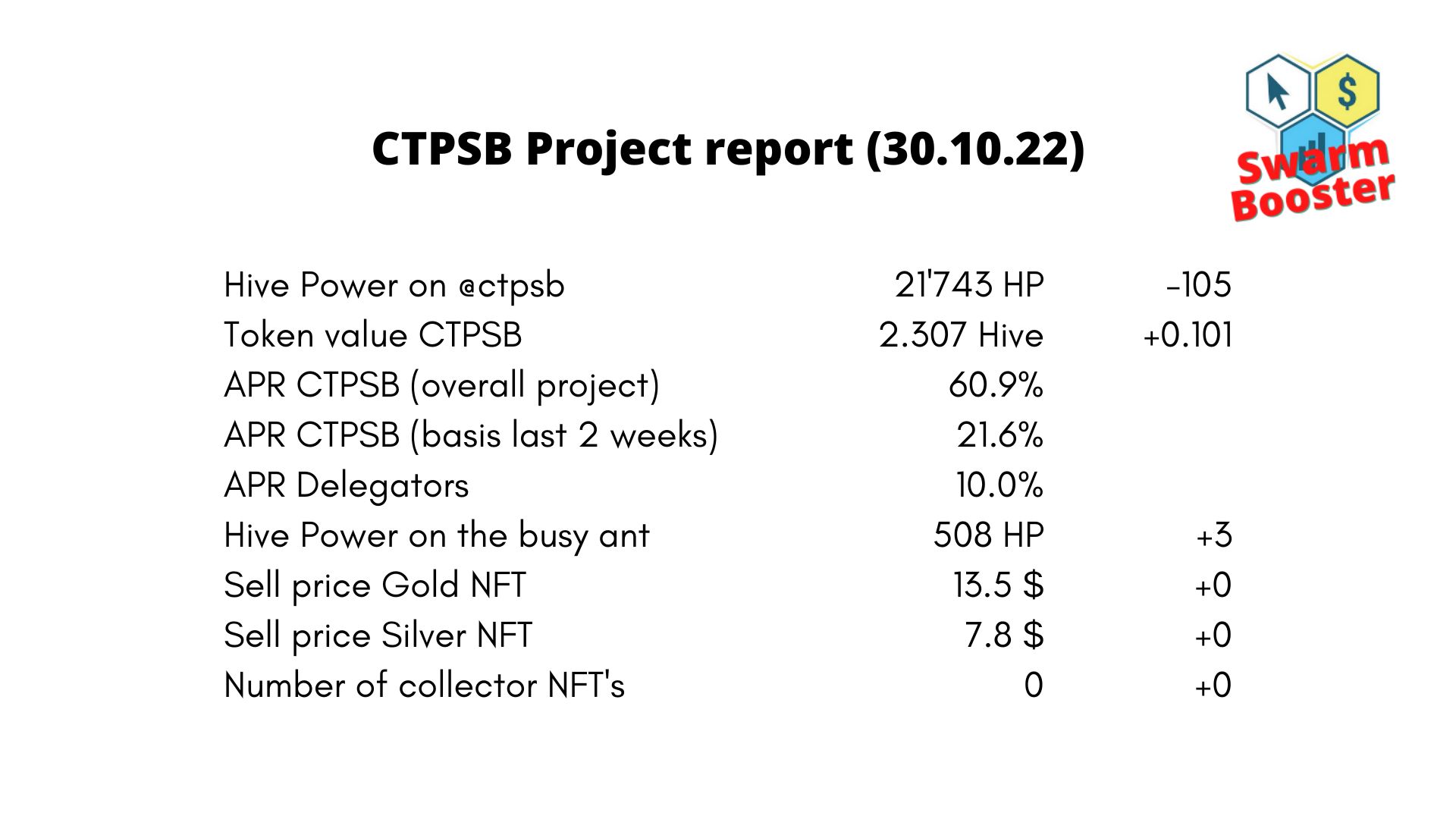 Yay! 🤗
Your content has been boosted with Ecency Points, by @steem82868.
Use Ecency daily to boost your growth on platform!

It's weird to see it go up but does it go up because of the price of CTP tokens? I thought the CTP tokens would be bought at the time of payout or something like that to guarantee it's APR against Hive.

We pay the delegators with our curation rewards in tribe tokens, mainly in CTP. So we don't buy the tokens most of the time. The higher the CTP value, the higher the APR of the distributed tokens. When CTP price is very low, we need to buy on the market.

That's a nice return, that 25%! :) I rarely sell tokens I'm interested in when they're down. I may not buy if I have other priorities, but I don't sell either at dumping prices. If there is staking active, and CTP has it, I stake at least part of them. Others I may put on the market at higher prices.

The CTP market is really not very liquid so it is enough if two three people buy a lot of tokens to make a huge price difference. We will see where this leads :-)

Yes, I know. The potential downside because of the lack of liquidity is equally true, unfortunately.

Hey, quick question, I know I'm getting returns for delegated HP, but can I also delegate my staked CTP for returns?

Unfortunately I'm not able to provide this service at the moment.