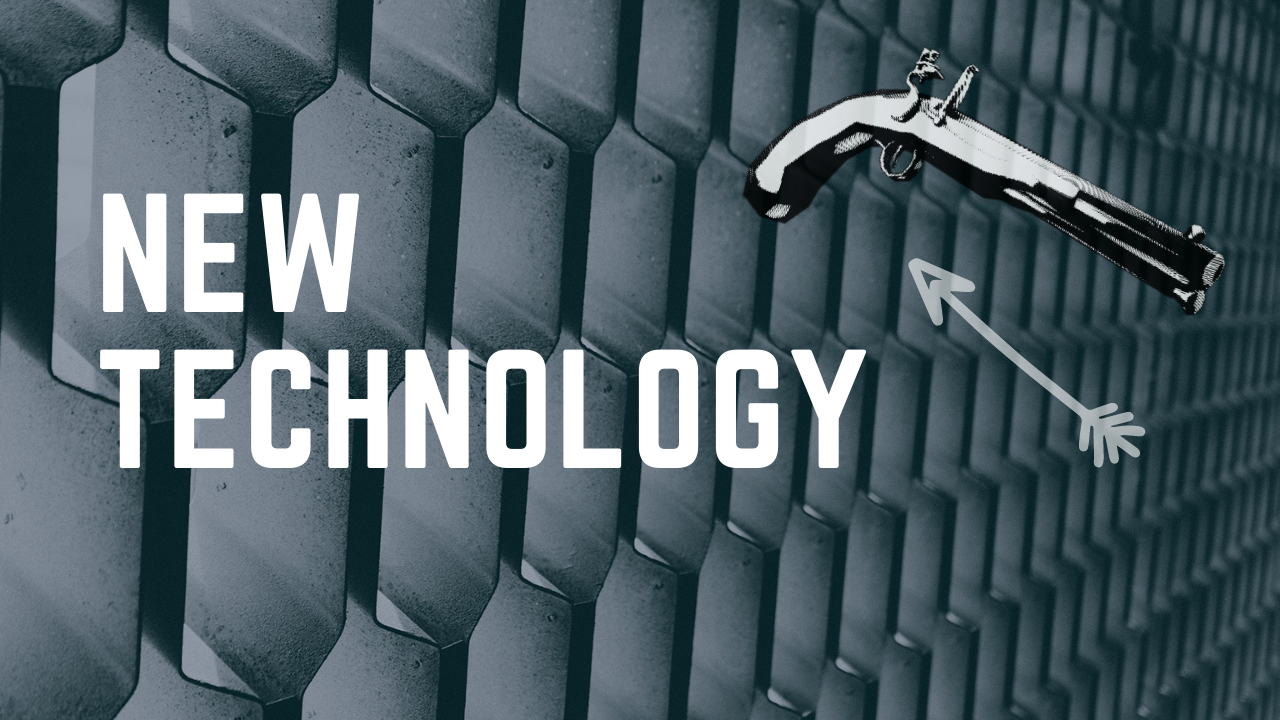 This is to a certain degree true. Gold has a 9 trillion dollars marketcap to back these claims.

The story is that unlike fiat, that can be printed in unprecedented amounts from the governments, gold and precious metals have their limited supply and are a great store of value.

Now let’s take a look at the 10 years chart for gold. 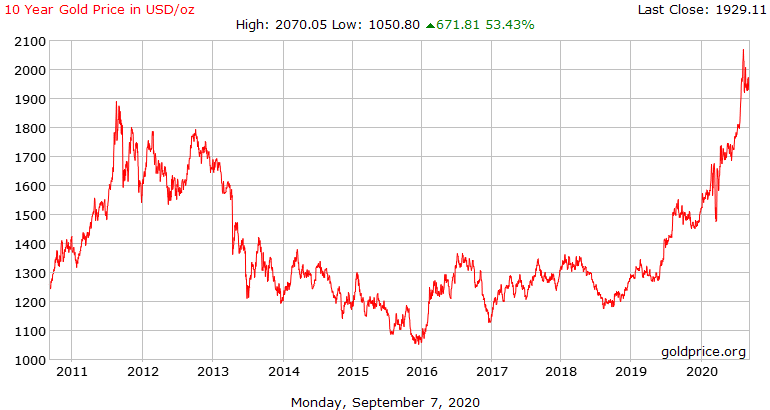 Gold has been trading in the range 1100 to 2000, and if you timed perfectly (and for sure you won’t) the maximum that you could make of gold is nearly double. The average return would be around 30%. That is basically the same or less as money in the bank with compound interest of 3%.

Now let’s see some other charts from the tech companies.

Some of the chart might miss the latest data.

The point here is that the top tech companies have all grown x5 or x10 in 10 years. Almost a steady growth in one direction. Now this doesn’t mean that at some point they will come down, as recession might hit. But even if they drop, like 40%, 50%, they will still be up double or triple in the 10 years period. \

Bitcoin has grown even more!

This if we look at a purely investment point of view. But there is more to new tech.

The practical impact on life

Few years ago I was reading this book Why nations fail?

It explores this big question digging into the conquest and colonization of South and North America. When the conquering of the new world started from the Europeans, South America was the place to go. It had established civilizations with denser population and kingdoms with a lot of gold. The English were week at the time and the Spanish were strong. The Spanish started conquering first and went to the wealthier areas to the South. The English came late to the party and started conquering what was left, in this case North America.

The Spanish would conquer some local emperor and they would ask him to give them all the gold. Sometimes making outrageous demands, like fill in this house with gold. Even when their demands were met, they would kill the local head anyways.

The point here is having a house full of gold didn’t save the local emperors of South America. No matter how much gold they had it couldn’t save them. The Spanish conquerors had new technology at their hands that was more valuable then gold. Guns and gunpowder. It’s a classical guns vs arrow story.

What this little history story tells us, it doesn’t matter how much gold you have. If a new tech comes along and makes it easy for people to take it away from you, then its worthless. In these days it doesn’t means it will be guns, but just a tech that will make gold irrelevant. Maybe not just gold but some other things to 😊.

Cheers to new technology and innovation!

I would argue investing ourselves in better than gold and Technology in all terms.

Self education!
Totaly agree on that. Then you will know what are you doing.

Hindsight is a great thing!

My main shares fund holds MS, so I'm glad for that!

I summarized Why Nations Fail for my blog ages ago. It's pushing 100K views which isn't too shabby.

I couldn't find too much to criticize.

HOWEVER, I do fear that Hive in terms of the DAO is becoming an 'extractive institution' - rather than an inclusive one - and the former is why nations fail!

Wonder if it applies to blockchains.

HOWEVER, I do fear that Hive in terms of the DAO is becoming an 'extractive institution' - rather than an inclusive one - and the former is why nations fail!

Proof of stake offeres a wonderful solution to that: power up. The more HIVE that those who are not in the inner circle have, the more their influence grows. This is a point that most do not seem to focus upon.

Of course, does the rest of the community have the resources to achieve that end? Perhaps not right now. That said, if we are able to generate other wealth centers on Hive, then the resources will be there to add millions of HP to individual accounts. Collectively, this will make a big difference in what takes place on the DAO.

Yes fair point, I'd like to see more of a trend towards middle tier accounts growing, I think we're getting there, just very slowly!

I found the netuoso case quite interesting - but wasn't it just blocktrades unvoting him that pushed him below the threshold in the end!

Not quite there yet!

I'm eager to read your summary on the book :)
Interesting point of the extractive institution of the Hive DAO. I think one of the best way to deal with the large amount of HIVE in the DAO is airdrop it! To the Hive Power holders, as Hive Power. Burining it would reduce the overall marketcap.

Since you mentioned Microsoft, didi you know that Bill Gates owned 49% of Microsoft during the initial public offerings(IPO) in 1986? Bill Gates owned 4.3% of MSFT stock by January 2020. If he owned the rest of 44.7% he would be worth more than the next 10 billionaires on the https://www.forbes.com/billionaires list combined.

I didn't know that, really interesting!

Do you know what he did with the other 44%? I assume he used most of it to set up his global charity.

He may actually wield more power as a result of that than had he just kept them owned as an individual!

Over the past 20 years, the Bill and Melinda Gates Foundation has spent $53.8 billion on issues ranging from public health to economic development. Some 16% of these funds have been spent on the foundation’s U.S. programs, which focus on education. The rest is spent on international initiatives, including providing vaccines and family health care in developing countries, expanding economic opportunities, providing emergency relief and much more.
https://www.cnbc.com/2020/02/12/bill-and-melinda-gates-say-education-philanthropy-is-not-having-impact.html

Bill Gates has certainly opted for having more influence than money. He also diversified his portfolio away from MSFT and it turns out it was an unwise move. is investments did well; MSFT did even better.

You can't always get it right!

Although he was still right I think to diversify.

When you're dealing with the amount of money he has, I don't think he can be too upset TBH!

In my view, such a comparison between stocks and gold (which is paper gold btw. in this case) has a number catches. Firstly, the stock market is in total bubble territory and the prices for most stocks are purely speculative and have no relation to the real value of the companies. Its only because of the QE and 0% interest policy of the central banks that stocks have reached todays highs. And this situation can quickly change. The inflated currency supply will sooner or later destroy the purchasing power of the fiat currencies. That of course also reflects on the objective value of stocks, since they are representing those fiat currencies.
Secondly, gold and silver (real physical) investments are not supposed to make profits. Their task is to preserve the purchasing power of a investment. That has worked pretty good so far in the past, and it probably will do so in the future too. As you said, their amount is finite and cannot be artificially increased, at least for the forseeable future.
Crypto currencies suffer from a number of flaws so far. The biggest is, that basically everybody can create new ones any time. Really they are also fiat currencies, that only have value as long as people believe they have value. Just like our regular currencies, only without the government backing.

Basically what you are saying the stocks and the fiat are now inflated and the gold is yet to become more valuable. I have taken quite a long period above, a 10 years one. At least in the past decade gold hasn't been a better investment than tech stocks.

It may be different in the next one. Cant tell :)

Well, what will happen in the future is everybody's guess. But that stocks are overvalued now can be seen as a fact, I would say. Looking at the economic realities in the US (but not only there) it is ridiculous that the Dow ect. are near all time highs. Suspicious minds could think that has something to do with upcoming elections... :)

You prefer to only look at part of the equation. Gold is a market traded asset, thus how come you did not look at gold as being overvalued. Do you think the gold market moves based upon fundamentals? Obviously it does not since the gold expansion rate is roughly 1.5% yet we see big swings in the price.

How can you assert that, perhaps, gold is not overvalued at this time?

Well, for one, the market traded gold is not real gold. Try to buy some real physical gold for the Comex price - it won't happen. Even if you buy a ton or so.
The thing is, gold is more than just a asset like any other. Gold is also a mirror of the value of the fiat currencies, its a instrument of power plays between rivaling countries, and its a fear indicator in a economy. Silver is similar, by the way, only its more for the small people. And the practical use in the industry has a bigger role like in gold.

Over all, the price for gold - real gold - says more about the currency that is used to buy it rather than the "value of gold". The value of gold is basically always the same: 1 oz of gold is worth 1 oz of gold. How many US$ or Euros or whatever you get for it, that's the variable part in the calculation.

I always say name one thing that was analogue that went digital and didn't become better and unlock huge productivity gains. It may be a long road but its a no brainer, gold is great to protect what you have but if you have very little there's not much to protect, gold also has lots of pitfalls they don't talk about like sizing, cost, custodial holdings, resellers honesty, fake gold, etc

Analogue to digital :)
Nice comparison. And yea if you have so little to protect its not worth at all.

Most definitely certain minerals have proven strength over the years in holding or gaining wealth depending on economic conditions, world trends at the time.

Investing into new technology is never a bad idea, one needs to be cautious not to over invest in any one commodity.

Enjoyed description about South and North America in gold rush times, harsh and few made an actual fortune, modern times have changed slightly on picking the right technology in business to invest into.

Thanks!
Diversification is a great thing. Real estate might be a better option than gold. IMO.

Real estate in some places may be advantageous, not where I live possible land grabs happen too.... Just saying!

Interesting.
I would say Gold is not an investment tool, but a savings tool, as written here: https://peakd.com/investment/@zuerich/saving-and-investing-my-point-of-view

Some good points were made here. Beyond of course being a decent store of value and the potential of it being used as money, there isn't much use value of Gold, so in that case, investing in tech could give you a lot of more return due to the great amount of use value that you can get. But it's always important to do your research first 👌.

Well said! Let me add the fact that Gold is a classic hedge and it has already been bought up by those who are uncertain about the markets. Crypto and other cutting edge technologies like 3D printing and (some aspects of) AI are often overlooked or seen as too risky.