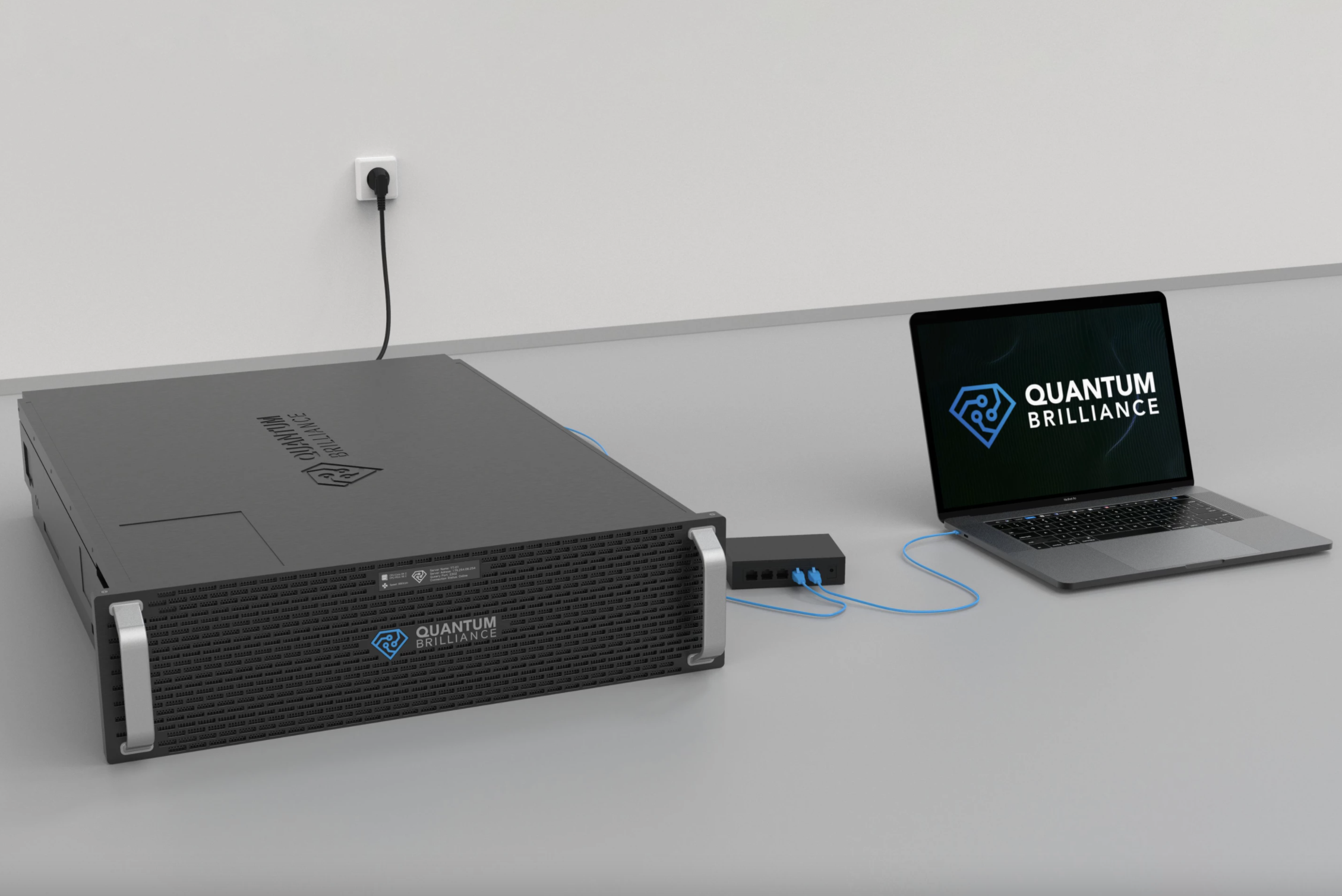 Apologies for the cryptic title. But what I’m going to talk about in today’s post has the potential to disrupt our world in ways never seen before. Let’s start with the news.

The news, which you may see here, says basically that a German-Australian company has devised a technology that will make quantum computing available at room temperature. Even more, the quantum computing devices aren’t bigger than standard video cards and they are stackable, meaning you can construct huge quantum computing facilities just by stacking these pieces together.

Before going further, let me tell you that the few publicly available quantum computers that I know of (and I briefly used before, as a part of my learning process) are huge installations, which are relaying on extremely low temperatures to maintain a stable state of the electrons, in order to create qubits (quantum bits, the quantum version of a bit). Needless to say, they are expensive, impossible to transport and very hard to maintain.

On the other hand, the tech proposed by this company uses qubits embedded in synthetic diamond. Yes, you read that right, it’s about diamonds. I know you’ve been accustomed to hear about silicon-based micro-processors, but looks like this is about to change. Here’s a small excerpt from the company white paper (don’t worry if you don’t understand much):

“Room-temperature diamond quantum computers consist of an array of processor nodes. Each processor node is comprised of a nitrogen-vacancy (NV) center (a defect in the diamond lattice consisting of a substitutional nitrogen atom adjacent to a vacancy) and a cluster of nuclear spins: the intrinsic nitrogen nuclear spin and up to ~4 nearby 13C nuclear spin impurities. The nuclear spins act as the qubits of the computer, whilst the NV centers act as quantum buses that mediate the initialization and readout of the qubits, and intra-and inter-node multi-qubit operations. Quantum computation is controlled via radiofrequency, microwave, optical and magnetic fields.”

So, basically, electrons are trapped inside synthetic diamonds and then their state is inspected using some radiofrequency, microwave, optical and magnetic controllers. This not only miniaturizes the devices to the size of a desktop PC, but it has the capability to lower the price incredibly.

So, now that you understand what I mean by “the inside of the diamonds might not be forever” – in the sense that electrons trapped inside are changing their state based on quantum mechanics principle – let’s go a bit further.

Why Would I Care?

Well, a very significant part of our lives is based on cryptography. The simple action of swiping your card at the supermarket involves a lot of cryptographic processes, which you don’t see (and you shouldn’t, really) but which are making the entire process secure.

Current cryptography functions are tested against traditional turing machines. Meaning they are evaluated based on how good are turing machines in working with them. You can even tell how much time it would take for a certain function to be decrypted, and if it’s done in a reasonable time (often called “polynomial time”) then that function is considered obsolete, breakable. So, the vast majority of cryptographic algorithms used now are unbreakable in polynomial times.

So, once quantum computing becomes mainstream – which this news makes me believe it will happen rather sooner than later – a lot of our ways will be disrupted. Not only payments, but also medical records, certain types of communication and cryptocurrencies, they will all have to adjust very quickly. Or disappear in their current form and shape.

To be honest, I’m really looking forward to the day when I’ll be able to say: “Well, here’s my diamond-based quantum computer”.

You'll only have a few of those days before it's perfectly normal to have a diamond-based quantum computer and then it will just be a computer like our computers now ;D

Fascinating! Thanks for the easy to understand overview of quantum computing and the diamond technology that might make it more of a commodity. It looks like the very algorithms that drive current blockchains, such as SHA-256, will have to change or else quantum computing will make mining obsolete!

So does it seem indeed and the subject started to fascinate me as well! :)

Thank you for explaining this fascinating subject in the most down to Earth, down right dull manner possible for my understanding! It's great to know so much about cryptography, but, as in the title of the song by Tame Impala, the less I know the better. :D