I Trust More 10 Different, Small, But Really Smart Guys Teaming Up, Than One Extra Powerful Dude 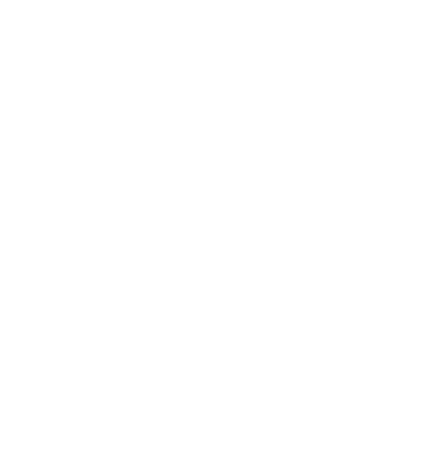 So, what's the problem these days?

A part of the ecosystem is of the opinion that Cosmos Hub, the blockchain governed through the ATOM token, should implement CosmWasm (a smart contract engine) in its next upgrade. At the moment, Cosmos Hub is just a... err... hub. A place for onboarding users in the ecosystem, which is also, lately, adding interchain security. So the hub plays one role, it onboard users and secures the ecosystem.

Using IBC, an interchain communication protocol (similar in approach with TCP/IP, for those old enough to remember how Internet started) all the other chains in the Cosmos ecosystem can communicate with the hub, and with each other. That allows a lot of specialization. Furthermore, Interchain Accounts also allow the execution of transactions on a different blockchain, using the same account. Pretty neat, huh?

I confess I initially voted "Yes" to the proposal, thinking that CosmWasm would be a good addition to Cosmos Hub. More muscles, huh? Should be a good thing, huh?

Then the drama erupted and I started to understand the implications better (that's why I say this is good drama).

So, I turned around my vote to a "No with Veto", and that is based on the following rationale.

If CosmWasm is added to the hub, a lot of existing functionality may be replicated on it. I can easily see how in a matter of hours DEXes, DeFi platforms and NFT marketplaces will be deployed on it.

First, this will create confusion (which is the "true" DeFi, DEX, etc").

Second, it will dilute the value of the existing dApps (they are in two places now).

And third, it will create a "one general to rule them all" model.

A single point of failure increases dramatically the vulnerability. That's not good.

The initial vision of the Cosmos ecosystem was an Internet of blockchains. That means you should have a blockchain (or an ecosystem of related blockchains inside the bigger Cosmos ecosystem) doing search, like Google. Another one doing video, like YouTube, and countless others doing each their own thing. Of course, we're talking about different features in crypto, not necessary search, video or social media, but this is a good example.

Imagine what would happen if all your search, all your video streaming, all your social media interaction will happen on one huge platform. For those a bit more awake, this is already happening in some parts of the world. Those parts are named China. And they are big fans of "fat" apps, like WeChat, which includes payment, social media and whatnot.

I don't know about you, but I wouldn't like to spend my life in an authoritarian system modeled after China (especially since I already experienced that model for the first 19 years of my life, so I know what I'm talking about).

So, in all honesty, I trust more 10 different, small, but really smart guys teaming up, than one extra powerful dude.

Because, you see, as the extra powerful dude becomes more and more powerful, he will start getting all sort of weird ideas.

Its a cliche but since no one else has thrown it out there yet...
Power tends to corrupt, and absolute power corrupts absolutely - English historian Lord Acton

So very well said! Indeed you are truly correct! It is one of my all time most favourite quotes as well! I have even used it in the context of my re-election as the leader of the students in my BSc study profile, hehe. I eventually had to resign to share power, of course. Much respect, all the best, much health, take care, stay safe, and have a great week ahead of you! 😊

Giving up power - now you are channeling George Washington 😉

Hehe, yes, that's right! All the best once again and keep up the good work! 😊

It's not only in Cosmos, drama everywhere. Hive has been quite quiet for long time now, should not spend too long :)

Yes, absolutely, very well said! Sharing power in a 'round table' format with '10 different small, but really smart guys teaming up' is definitely better than 'one extra powerful dude' who could leave his power get to his head and then start having and then implementing all sorts of funny ideas. All the best, much health, take care, stay safe, many blessings, and great peace your way! 😊🙏✌️☮️

It wouldn't be the Cosmos without some drama. What are your thoughts on the Gno Land project that Jae Kwon is building? It's interesting to see that he has tied the airdrop to voting no on this gov proposal.

Long term, do you see Gnot being a strong project in the eco-system, or more of a niche player? I don't really know much about it, but I know Jae is one of the OG's of the Cosmos, so that has to mean something, right?

I think Gno is going to be very relevant. I briefly played with it and I'm looking forward to the launch. I met Jae a few years ago at a conference, just after they did the ICO and I strongly believe in his capacity to deliver. What exactly he will deliver, though, only Jae knows.

Thanks for the insights. I'm watching the drama unfold on twitter. It's definitely an interesting governance vote.

Hi @dragosroua, I was just checking my witness votes and say that your price feed is quite outdated:

Not sure what's going on there :-)

Looking into it, thanks!

All good, I just wanted to make sure you are aware of it :-)

fixed, it should update in an hour or so.

Works like a charm! Thanks for your quick action!

$0.00
Reply
[-]
poshtoken (74) 27 days ago
The rewards earned on this comment will go directly to the person sharing the post on Twitter as long as they are registered with @poshtoken. Sign up at https://hiveposh.com.
$0.00
Reply