If You Ever Used MetaMask, There's A Fox Waiting For You

A Fox Token, that is.

To make a long story short, Shapeshift, the entity behind MetaMask, is airdropping tokens like it's 1990, and you should hop on that train. The token is named Fox, and it has some really interesting use cases, but more on that later. For now, just head over this URL:

And make sure you do this in a browser which has a MetaMask wallet on it (Chrome / Brave). Connect MetaMask, and see if you're eligible for the airdrop: 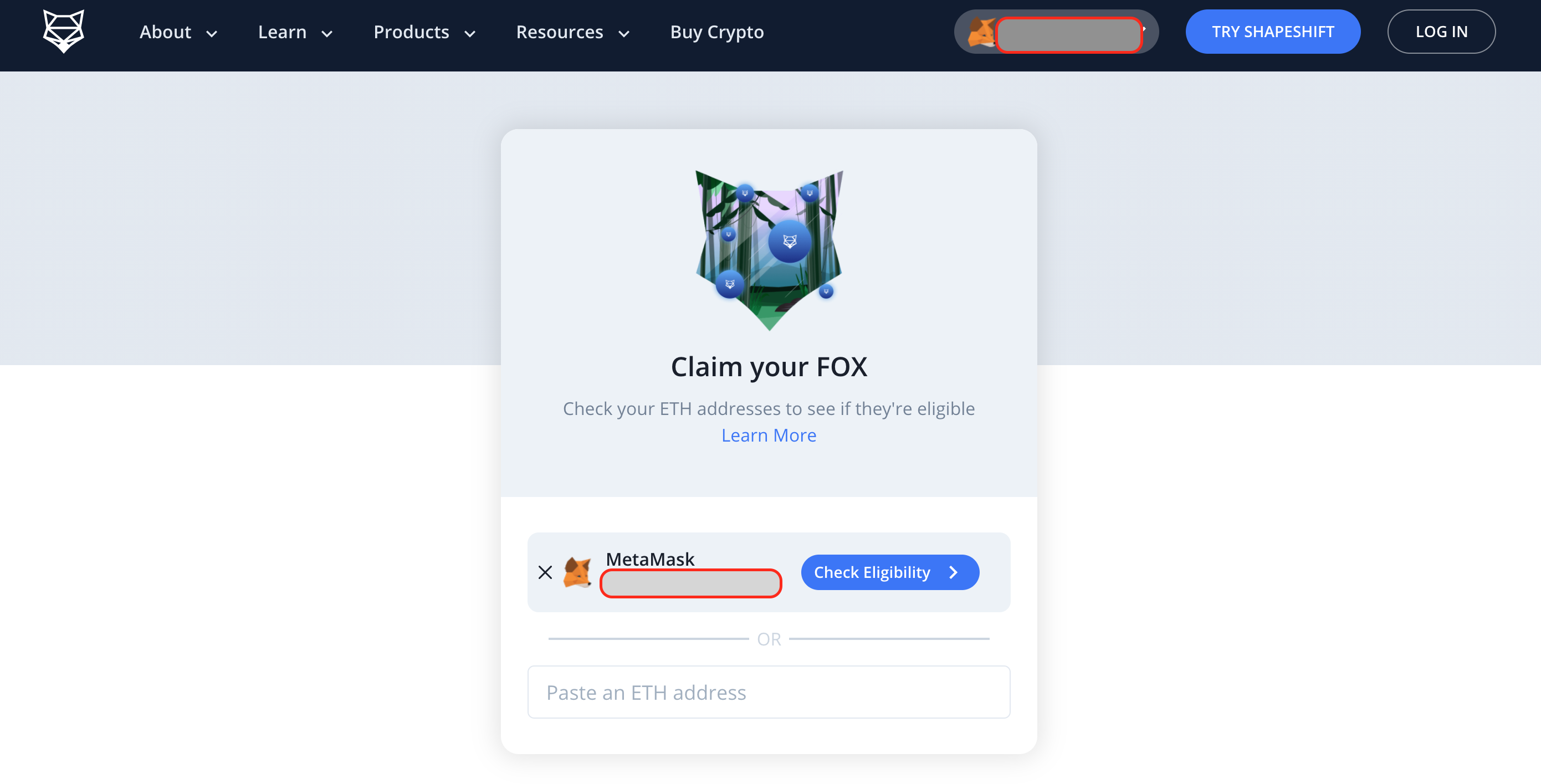 If you ever transacted ETH on that address, or if you used some of te most popular DeFi protocols, like Aave, Uniswap or Compound, then you're eligbile.

Like I said, Fox Token has a few very interesting use cases, one of them being the fact that it can be substituted, in some cases, for gas fees, which, given the insane fees of the Ethereum network in the last 6 months, is in itself a huge advantage.

But there's more to it. You can stake ETH / Fox and reap some juicy rewards (which, obviously, won't last too much).

Yeah, no luck here either. I've used uniswap a couple of times. First time was 90 mins after the uniswap airdrop eligibility period ended. Can't hurt to check though.

Sorry to hear that.

I got all excite there for a moment until I realised it's to do with ETH type transactions. I've never done any of those. 😂

Me neither. Ah well. Didn't get something I'd have been ignorant of anyway :)

Didn't get something I'd have been ignorant of anyway :)

Er the entity behind Metamask is ConsenSys

Good heads up, I stand corrected. Probably a better way to say it is that ShapeShift is the DEX integrated in MetaMask.

Not waking for later, so... thanks.

Hope you got your airdrop, mate.

If you ever transacted ETH on that address, or if you used some of te most popular DeFi protocols, like Aave, Uniswap or Compound, then you're eligbile.

I've done three of those four things but not eligible for the airdrop. Not sure why.

Are you sure you connected the account that transacted ETH? Sometimes you have more accounts / addresses on a MetaMask installation.

Yep. Even have eth in it at the moment. Doesn't look like it's working for anybody here. They must have set some boundaries to claim that we don't qualify for.

Well, sorry to hear that.

I was excited until I read Ethereum hehe, I just checked and did not qualify, so bad!!

Anyway waiting for more airdrops especially those on BSC

Dang. I used one or two times Uniswap but unfortunately I cannot receive the airdrop :/