I started playing in May of 2018, I bought some cards, and two years later, I sold them all for good reasons. Then I started playing again, and for one reason or another, I ended up selling everything. Last time it was because the bots kept failing. And yes, I regret selling my last team because many of those cards are worth big money right now. 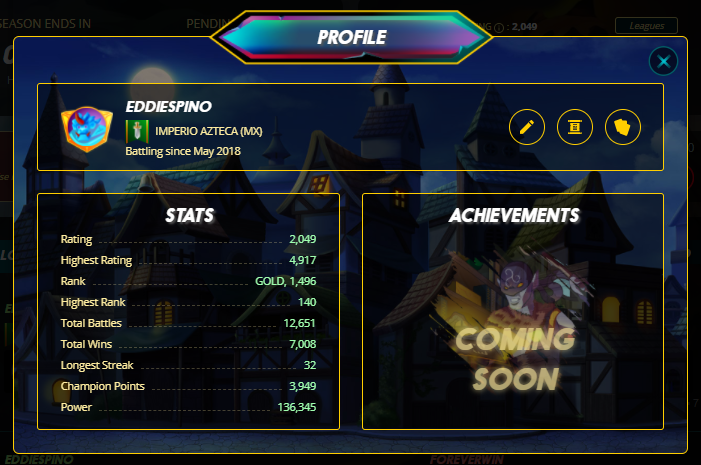 And I used the word "reinvest" because it's a good definition. I decided to invest my time and my some money again in this game. I think I have made good decisions in the past month and that even though everything is more expensive, it is still a good time to start in this game.

The last boom was only one of the first ones, and we may see a bigger growth soon. Many users join every day, and who knows what awaits us in the next few months/years.

I have also decided to invest and reinvest my SPS tokens. I took this interesting image from this website.

I've been staking like there is no tomorrow, and I plan to hold it for some time. I may change my mind though.

I wanted to share some of the cards that I have bought or earned. It's been a fun journey so far.

I bought some of these cards very cheaply, and now some of them are worth serious money.

I managed to buy and rank to level 4 Lorna Shine and Owster Rotwell before the Dice pack became sold out. I bought them at around $4.5, and now they are close to $9.00 per card.

It's funny that my collection now is worth more than my first and second collections in less than a month. I think that soon an average player will be able to generate a good amount of DEC or have the possibility to sell cards with a great profit.

I'm also playing with another Splinterlands account called @livingamestudios. This is an account I used for gaming content in the past. I may start using it again.

#splinterlands #play2earn #spt #leofinance #ctp #proofofbrain #palnet #neoxian #gaming
29 days ago in LeoFinance by eddiespino (73)
$54.43
317 votes
Reply 5
Sort:
[-]
poshtoken (71) 29 days ago
The rewards earned on this comment will go directly to the person sharing the post on Twitter as long as they are registered with @poshtoken. Sign up at https://hiveposh.com.
$0.00
Reply
[-]
coolpoolparty (51) 29 days ago

@eddiespino! I sent you a slice of $PIZZA on behalf of @coolpoolparty.

Did you know PIZZA team has a curation trail with 29 followers? (4/10)

If you ever wanna trade lmk!