We got the flash crash the day after the new moon, so I assume we get the pump the day after the full moon. This market wants to pump so badly but just doesn't have the momentum yet. Garbage September is garbage. The bottom is in or coming within the days ahead.

This cycle chart is so weird looking at it now that Elon Musk ruined it with a second pump of institutional adoption speculation from February through April. Still, even though we missed out on a nice May/June (nothing but consolidation and terror) we can see that we are 100% on track with the 2017 run.

You can't get much more in sync than that.

This last four year cycle did have two extra bubbles. The first bubble was Bakkt FOMO during Summer 2019 that was an epic fail. The second one was Telsa/halving FOMO; another speculative bubble lasting months and tricking everyone into thinking the price action was unstoppable.

Well, it wasn't unstoppable but we are still on track to pretty much exactly $250k... ten times the doubling curve. I shudder to think how many people will be buying during that time. Make sure to advise everyone against it... and maybe throw down a short instead.

Again, the price could get all the way up to $400k. So imagine it getting to $250k. Some people are selling and some are riding it to the moon and back. The only way to maintain sanity is going to be DCA and playing it safe. You can be sure my posts will reflect that. Anyone who doesn't DCA is going to be constantly second-guessing themselves in the middle of the mouth of madness.

I'll also likely advise turning bearish for a few weeks in November during $100k laser-eyes unit bias. With a local low of $29k, $100k is the obvious zone for a 20%-40% correction. Personally I think it will be right in the middle at 30% with a crash to $70k, but there's going to be a very important signal right before it happens.

Here I was able to mark the exact point before the flash-crash from the volume drop from 50k to 26k per day on Coinbase. Volume is going to be a massive indicator for the dump around $100k, which I assume will happen in November. There's simply too many people out there that have been waiting for this six-figure bliss, and many will not want to miss the opportunity to take 'gains' there.

There's also the chance it gets a bit above $100k before the flash-crash. I could see it going up all the way to $110k, making those who sold at $100k a bit nervous. The sharks will bait some into buying back in right before the dump comes. They are good at that. Emotions run wild.

There's also the chance that the 30% retracement comes back to the current all time high of $65k. Working backwards that's a flash crash at $93k to $65k, which would be pretty damn anti-climatic for the laser-eyes people. I'm not sure how that scenario would play out but something tells me the chance of that happening is pretty low. A 35% retrace would be $100k to $65k which sounds much more likely to me.

This is going to be one of the easiest retracements to guess because it's basically already baked into the mega-bull run. At this point $100k is the perfect place for bears to flex and short the market, and I'll be trying to time the perfect short/long during that time. Long all the way up to $100k, short down to $70k, long back up to $200k. If I'm right I'll end up making a lot of money even if I don't use a ton of collateral to do it. No reason to make super risky plays at this point it's just for fun.

Moving 3000 miles in the next couple of days lowers the quality of my posts. They can't all be winners. Price price price moon moon moon.

Funny thing, that expression "moon". I've been saying it too often now and newbies have to ask me what the hell I'm talking about.

What does moon mean?

You'll know when it happens, friend.
Number go up. 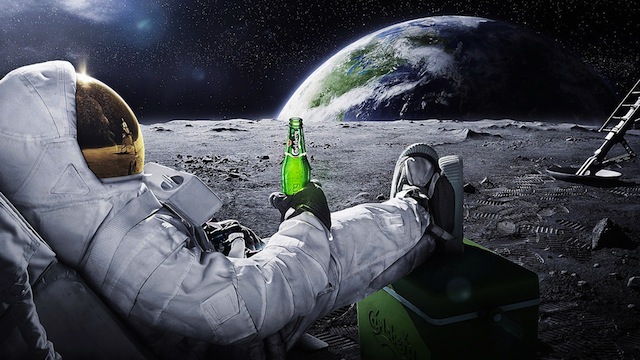 The problem with this idea is that you assume that every cycle is of equal length. This is clearly not true. The cycles are lengthening and the top will most likely occur in middle/late 2022. This leaves room for the anticipated movement down to 23-30k which would find support at the bottom trend line and has so far always occurred in the past cycles (it is then when the last phase of the bull market begins). But I guess this doesn't matter for everyone that is hodling. However, I think there could be one last good buying opportunity. Yeah, hopefully one day a bull market that just never ends is on the cards.:D

Is your price prediction of $250k or 400k for the end of the year or the top of the bull cycle?

Its really fun reading your posts on the predictions of bitcoin prices and I am for the first time reading the precise dates when it is expected to cross the previous levels.

I'm conflicted... And very much so

Something got to give.
Wen is Hive going to $5 then.
In the meantime, let's have a countdown
and please don't freak out as the dwindling
market is making its move.
#BTC @$100k will be a milestone

Hive has to correct and make a higher low. We bounced off .16 cents months back so who knows where it will be. I think .50 cents likely next few days or week. I’d be happy to see a bounce around .33 cents or higher as a new solid low. I’m in it for long term, there’s no reason to just be bullish short term instead of being honest. If we retest .30 plus area and make a strong bounce it’s a good thing. But no way we see $5.00 anytime soon. Gonna have to see it build new higher lows first.

Just came here to say me like number go up. Carry on friend

Looks like we about to see a short term bear move with stock markets moving low on China news and more. I believe Bitcoin will make new highs in 2022 but we could see 10% at least move lower first

So what you're saying is by December I'll be sitting on a cool $150,000 at least per bitcoin? hhmmmm I like the sounds of that

Hey @edicted, here is a little bit of BEER from @pouchon for you. Enjoy it!

I'm going to come back and read this post to calm my nerves down once things go crazy. Thank you

That's a great news! Thank you for the information and for the article! Keep up the good work! :)

Can’t wait to see some more movement, it’d been above 50 day moving average for about a week now

We need to make higher lows first. We bounced off 31K or so last time. We need to test 40K minimum before going to new highs.

Special with the China Money bubble can be super good for BTC or can be super negative because everything will be at this time a bad investment.

Also, prices are already high IMO. Some pushback to 37k price level and hold would look much more healthy.

But yeah I want a supercycle too :)

Wow, rare I see such a specific call. Hope you are right! We got a few hours to figure it out. I don't know where I'm taking profits yet, but I was also thinking of 65-100k being the perfect place to buy back in after I do!

If BTC break 50k, you know it has started booming again. Bullish trend will activate immediately and it will get to 60k

I strongly disagree. I believe we will be under 48K entire day tomorrow (21st) Abs 90% likely lower then 46K. If the stock market keeps going lower Bitcoin will follow. We just need to make higher low then the 31K area from months back. 35K I believe will hold for sure. Maybe 40K will but we will see 44K break 100% if sticks go much lower

Keep in mind that the Bitcoin options expire on the last friday of this month which in this case will take place on September 24 and will take effect on the 27th. We have a bear outlook that insists on believing that Bitcoin will be below the levels they bought at, we will see a lot of volatility ending the last week of September and the first week of October. You can check it in the cmegroup.com

See you on the moon dude

there is still time...

I’m glad that the opposite happened! Things crashed hard but it was a good buying opportunity for me. Snagged a bit more bitcoin because of it!

Where are you moving to? 3k miles to me sounds like east coast of the US. Your girlfriend going as well or you leaving her behind lol

If BTC hits $200k, then what will be HIVE's price during that time?