edicted (81)in LeoFinance • 2 months ago 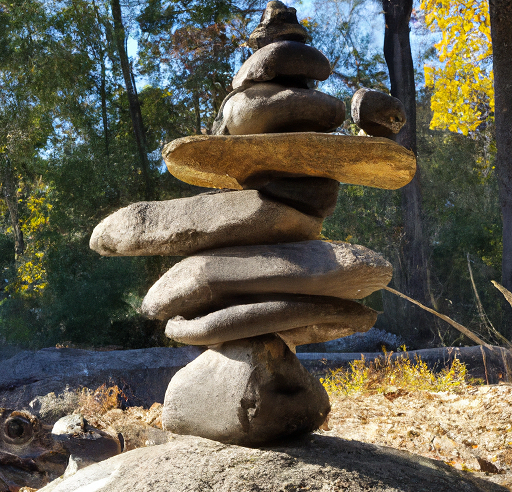 Be On the LookOut:

USDT, USDC, and BUSD are all in the top ten market cap. What do all these coins have in common? They're all completely centralized and, as the names imply, pegged to USD. The question we ultimately have to ask is, "How does USD maintain its stability anyway?" The answer could be contained in multiple tomes, but for the most part USD has a lot of liquidity, network effect, and derivatives connected to it.

Personally I believe that the next iteration of DEFI will usher in stable mechanics that will eventually end up crushing all utility USD has to offer. We are approaching a tipping point. USD will continue to get more and more volatile while crypto is going to get more and more stable. At a certain point all USD-based stable coins are going to completely collapse because the crypto version of stability is not only more stable, but actually decentralized and controlled by the underlying communities.

I suppose before we even get to that point though that algo stable coins will also have their time to shine. Does anyone know of a better algo coin than HBD? What a sleeping giant we have here. There are many on Hive talking about this, but do we have our blinders on? If HBD really THAT good? I mean we are still offering 20% yields and the sustainability of that mechanic shows no signs of toppling over. Impressive, to say the least.

But seriously though, does anyone know of any good algo coins? Cardano said they were making one. Unsurprisingly that project crashed into the mountain. Seriously does ADA do anything? The maximalists over there seem so absolutely delusional. Why would you want to hang your hat with a founder that thinks bending to regulations is super important? I dun get it.

In any case, the value of stable coins is undeniable. There is no contest when we see three centralized tokens in the top ten, pegged to dollars in a bank. At the end of the day stability is a required service in finance. There is no argument.

I wonder what happens when the bank ends of having a liquidity crisis. It's only a matter of time. Even though it's been algo coins getting destroyed in this most recent bear market, that doesn't mean that the alternative is somehow immune to the same problems of liquidity.

HBD does seem to offset any and all losses caused by currency devaluation. There's no way USD is losing 20% per year on average. In this sense it's quite superior than tokens pegged to dollars in a bank. There's simply no way to offer these types of yield offsets when money has to sit in a traditional bank.

Always be on the lookout for new iterations of stable coins. How they work is quite important. Liquidity is paramount. Note the collateral it uses and how that collateral and the stable version interact with each other. Elasticity is a concept that most people do not understand, especially in crypto where "21M" is seen as the proper way to store value. The idea that inflation should change based on supply and demand is completely foreign so far in this landscape.

However, once the floodgates open and a valid template has been found, it will be copied 1000 times over just like every other fad in crypto. Don't be surprised if one of the upcoming bull markets is a stable-coin bull market. We are also due for a gaming bull run, a social media run, and quite possibly even one fueled by AI. Take your pick. At a certain point they will start stacking one after the other once the number of devs in the space reaches critical mass.

That is all I know.

Is a "stable-coin bull market" not a contradiction in itself? Under bull market I understand something going up, but the stables won´t go anywhere! Best thing could happen that they don´t crush. But their fate is bound to that of the dollar (for the $-pegged ones) and if that shit fiat money inflates, so do those "stable coins".

There are two ways a stable coin bull market can materialize.

I was more talking about option #2 here.
Real Adoption of HBD would easily x100 Hive.

Is a "stable-coin bull market" not a contradiction in itself?

In theory, yes. But we've seen bull runs for SBD.

But then it showed they were no real stable coins.

Well, it also showed that traders can be very irrational. If they've done it for one nominally stable coin, they can do it for another.

DAI was great before you could use USDC as collateral.
At the same time I don't think their model is very sound.
They opted for deflationary mechanics instead of creating yield.
It's basically a VC run chain I think it will collapse eventually.

I have no proper idea before visiting your content but i hope now my thinking is positive according to your content description about Algo.

Not considering liquidity means you can be liquidated. This calls for proper research before jumping once mistake, thrice I learned that 👇

At a certain point all USD-based stable coins are going to completely collapse because the crypto version of stability is not only more stable, but actually decentralized and controlled by the underlying communities.

Very brave! However, it may be true when people get tired of centralization...
!invest_vote

Some months back I read about FTM to launch their Stablecoin, I dont know where is that now.
I just hope for BHBD to be stable because I have some of my funds there stored.
NGL, the thought you shared that overtime USD is going to be more volatile whereas Crypto is going to be more and more stable can be an excellent debate topic 😂

I'm a big HIVE fan and I like HBD. There seems to be lots more Market Cap of Hive than HBD which is what is needed to keep our algorithmic stablecoin over-collateralized. And the yield is excellent.

Another one that may be good is USDL from the Liquid Loans project which will launch on PulseChain (token is called Pulse or $PLS) as soon as PulseChain goes Live. USDL is a clone of LUSD, the Liquidy Stablecoin which has remained close to $1 for its 1.5 year lifetime.

I find PulseChain interesting because it's a full state fork of Ethereum like Hive was of Steem so all ERC-20 tokens get copied over. It will be a fork of the new Ethereum so it's POS, but has lower fees, no inflation and 4x faster blocks, last I checked. It will have PulseX, a Uniswap clone, for defi swaps and LP. About 150 other projects are said to be launching on PulseChain as well. Some are ranked here: https://pulsehotlist.com/

There was a sacrifice phase for Pulse and PulseX in which people could send in various crypto with no expectation of the work of others or anything like that, so as to supposedly not be considered a security via the Howey Test. I believe 1.2 Billion dollars were sacrificed. This could show the level of interest in PulseChain.

There has been a testnet version of Pulse and PulseX and Liquid Loans for many months now. If you are ever interested in some free tPLS to explore them, just ask.

There's a pretty good video about USDL on YouTube and the relevant part starts around the 4 minute mark. There are dozens of other videos on the Liquid Loans YouTube channel.

Not investment advice. Do your own research. Go Hive! :)

The end goal is permissionless money and as such, algorithmic stablecoins are the only way forward.

Of which, truly permissionless iterations are extremely scarce...

All roads lead to Hive.