So I can't help but feel like this airdrop delay is greatly changing how CUB tokens are being distributed. We were supposed to get the drop yesterday when the total CUB supply was 200k. Half of that includes the 100k (or so I'm told) airdrop.

Now the total supply is 300k just a 24 hour delay later, so we can see how critical these opening moments are for the network. Luckily I had a little money to throw in before the airdrop.

Luckily CUB inflation is static and does not increase exponentially like Hive and LEO. Meaning that inflation on CUB does not create more inflation (non-compounding). 3 CUB are created every BSC block. That lasts for a week. Then 2 per block, and a week after that 1 per block.

Well would you look at that?

28,800 blocks per day is a number I'm quite familiar with. This is the number of blocks Hive creates in a day if none of them are missed.

So CUB actually has the exact same inflation schedule as the game I want to create (Magic Words). I also wanted to go with 1 coin per block. I guess my conversations with Khal in DMs are showing through :D. To be fair jacking up the inflation for the first two weeks is a really good idea. I may have to consider that. So much hype. 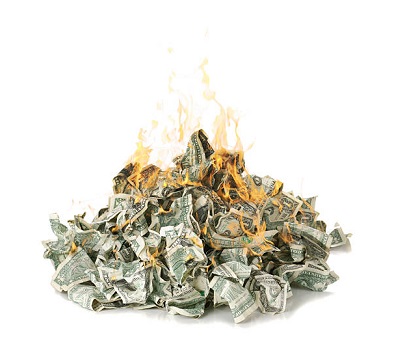 The important things to note are this:

For this first week we're creating 86,000 CUB per day. We can simply think of this first week being 3 weeks all at once. Then the second week will count as two weeks. In the long term, none of this matters very much, as most inflation will be created 28.8k coins per day.

So once two weeks have passed we'll get to the core inflation.

So we see that the inflation we're creating now really doesn't matter that much. Sure, it's a good way to get a big head start, but after a year, there will be 10M tokens max, which is obviously a lot more than the few 100k we are seeing now.

We also have to consider all the burn mechanics that are going into CUB. The entire point of CUB is to create a push/pull of high inflation combined with deflationary mechanics to have a more stable system.

So far we are only taking the 4% deposit fees on the farms and using that to buy and burn CUB (80% to CUB, 20% to bLEO). It's safe to say we can expect other types of burns and DeFi dapplications that lock up stake and push up the price.

What kind of DeFi dapps?

The obvious one is something I've talked about a dozen times already. The LEO network obviously needs a stable coin. This is accomplished by modifying the collateralized debt position (CDP) smart-contracts of MakerDAO.

In theory we would be able to lock CUB in a contract and pull stable coins out of it. The stability of these coins would be regulated by two sliding scale variables that change due to governance votes:

Considering how busy Khal is and how many projects he's working on I wouldn't expect something like this to launch for possibly years, but you never know, he seems to move at lightning speed compared to other dev teams. 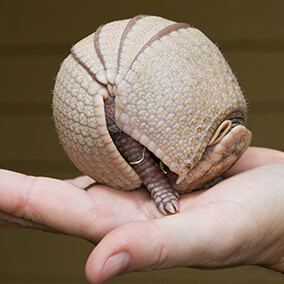 What is CUB for?

Basically any DeFi dapplication that LEO creates would likely be connected to CUB first. CUB is officially our DeFi token. LEO itself is becoming a governance/airdrop/blogging token. That may change (governance) when the next project launches (second layer consensus nodes)... not sure.

Needless to say the utility of CUB is going to be massive in a couple years if everything goes according to plan. Any DeFi dapplication LEO makes will be connected to it almost guaranteed. It's not just a pointless farm with zero endgame as many may be worried about. Already the mechanics in place blow a lot of the other farms out of the water: which is why we are getting so much general attention from the BSC/PancakeSwap network at large.

So how high can the price go?

I mean we see that there will only be 10M tokens max in a year so that's really not a lot even with this massive inflation on the table. Also that inflation does not take into account all the possible burns that will happen within that time.

A year down the road if CUB had a $10M market cap 1 token might only be worth $1. That's my lower bound worst case scenario. However, considering we are in the middle of a mega-bull cycle and Q2 is just about to start, I think things are going to be pretty crazy at the end of the year across every single network, including CUB and LEO and Hive and everything else.

The attention CUB is getting on PancakeSwap is exactly the kind of attention wLEO needed to get on UniSwap but didn't. Brilliant play by creating 22 different farms that all farm CUB. Top notch really. This lures a lot of new people, not only to CUB, but also gets them looking at LEO and Hive itself.

The kind of exposure we are generating right now is pretty legendary: across the entire network. This exposure is only primed to increase as time goes on during one of the most important windows during the 4-year cycle.

What good is the CUB token? You can farm it for more CUB! Very speculative. However, we all know how quickly speculation can turn into actual fundamentals around here. CUB is LEOfinance's official DeFi token. Anyone who believes in the LEO ecosystem and thinks that DeFi is going places shouldn't ignore what's going on here.

The hype in LEO Discord General is off the charts. Many many users are looking to "buy the dip" on this airdrop. However, look at who the airdrop is going to: the most hardcore LEO holders over the last 2 years. Don't expect that big of a dump is all I'm saying. I've personally held more than 1% locked as LEO power for two years, therefore I expect 1% or more of the airdrop at this point. Guess how much of this airdrop I'm selling? @null

how long ago did Khal say 'today'. Should really put a time out and just stick to it instead having punks like me refreshing every 5 minutes waiting, dripping, dreaming about more passive income :D

The picture in question is timestamped at 9:44 AM.
See for yourself.

I just want more of these cubzzz

This explains a lot, so thanks for the post. I need to think of my next step but this helps making some decisions.
I'm happy to read you want to create a game (Magic Words). Without asking for details that you are not ready to share, can I ask what genre will fall into?

It's a Card's Against Humanity clone were players own cards (NFTs).
To create a proxy of a card and use it you have to pay the owner a small fee.

Never sell anything ever. New investing strategy. great financial advice Disclaimer: I will never sell, so I am biased.

Never sell anything ever.

So when I tell people to sell in Q4 what will you say then?

I'll be honest, a lot of this was over my head, but you explained it in a pretty clear way, so I am sure if I read it back through a couple more times I will probably be able to grasp what you are saying.

This all sounds feasible and hadn't though about any of this. I have way less than you and I am not selling either. I never sell airdrops ,except Blurt lol.

I sold all my blurt hahaha never regretted it for once

I believe people should also learn about the details of tokenomy. 10m Cub tokens in a year is not too much. For me, it looks quite reasonable to invest in when I consider the fundamentals, too. For the 2 weeks of incentive, it's a great way to attract more people...

The coin burn and buy-back mechanisms are magic words of De-Fi words.
One more time the team gained my respect 🐆

What is the Pancake user community saying about us? And where?

I would like to use more use cases for $cub in the nearest future. I still believe it will bring a ton of value to the leofinance ecosystem and the hive blockchain one of the reasons I jumped on it without waiting for the claim drop. Looking forward to how things materialize in the next 3-4 months.

Although, I didn't need you to sell me the idea of holding my CUB because like you, I have been holding my LEO over the past two years as tight as possible and never sold a single one of my initial airdrop - but reading through your top-level analysis of how important CUB might actually become, I am getting overly excited, considering how quickly my CUB production is currently ticking up. Great development paired with an ongoing bull-run that will likely last for many more months to come? Probably a once in a lifetime opportunity! Ironically, this is not the only great development, there are so many more happening around us...

Let's see what happens, I bought into cub, besides farming. Maybe I'm a genius or idiot :D

great info, thanks for this! first, I did see Khal say there would be a governance coin, didnt see a timeline on it.. Secondly I was and still am deep down hoping for a MakerDAO contract for a stablecoin! and you're the first person I have seen suggest this, I would be thrilled if this happens.

Get ready, because the revolution is here!

It looks like airdrop did nothing to the price. I guess we'll see it rising in the next few days/weeks.

airdrop was only 25k instead of 100k.
people who got airdropped are hardcore holders.