edicted (80)in LeoFinance • 9 months ago

After months of soon™... "don't worry we are launching next week"... finally the Polycub launch can be delayed no longer. I actually have a pretty interesting strategy lined up for pCUB. Unfortunately this will be a very competitive atmosphere so I can't really share what I'm specifically doing. I've found out the hard way that talking to whales in discord often leads to me getting frontrun in both directions. Throwing that info into a blog is even worse.

However, there are quite a few things I can talk about.

Been going back and rereading the post from November 1, 2021. Remember that? How Polycub was going to launch in November and we were going to get three IDOs on top of that? lawls. Always bet against soon™. You'll always win.

But now we are in soonest™ territory.

So I was trying to calculate how many pCUB tokens are going to be minted, and the numbers I was coming up with were WAY less than the 26M max supply. I asked Khal about this in Discord an hour ago and found out that the 26M max supply is simply hardcoded into the contract and has nothing to do with how many tokens will actually be minted. Thus, my math is probably correct... way less than 26M coins will be minted. In fact, it might be something more like 10M pCUB total.

Each week will reduce the emission rate by 1 pCUB per block. However, how often does Polygon even create blocks? I asked Google and it said one second per block, which is grossly incorrect, so my first round of math was completely wrong. Even though it was wrong and vastly overestimated the number of tokens that would be minted, that number was still significantly less than 26M (more like 15M).

In reality blockchain analysis shows that the average time between blocks is actually more like 2.25 seconds. There are 86,400 seconds in a day and 604,800 seconds in a week. Using a 2.25 second average, there will be around 268,800 blocks per week.

Thus, the number of pCUB minted in the first four weeks should be around 3,763,200 total. That's pretty low considering the hyper-deflationary nature of the token and the hardcoded cap of 26M. Again, this 26M doesn't really mean anything and is more of a marketing ploy than anything else; a number we can tell noobs who ask about it (because CUB's infinite cap didn't resonate well).

It is actually extremely misleading to claim that the 'starting supply' is 1.3M pCUB when the airdrop to CUB holders happens over a 60 day period. In reality, the starting supply will only be the pCUB in the liquidity pools, which is only 100k pCUB paired to $100k total for a starting price of $1 per coin. This will be pretty significant at launch. Also kudos to Khal for throwing down money on his own project and seeding the LPs with liquidity out of his own pocket.

After the first four weeks are over there's a new emission schedule.

Rather than decreasing by 1 token per block every week, we will begin cutting it in half every month. Essentially this is just a hyper deflationary version of Bitcoin.

Because there are only around 268,800 blocks per week this implies there will only be around 1,075,200 pCUB minted during the entire second month of the launch. Figuring out how much more pCUB will be minted after that is easy. Bitcoin acts in exactly the same way.

After we add up all these numbers we get:

Again, this is an estimate that assumes quite a few things.
Like an average block time of 2.25 seconds,
And that a 'month' means 28 days.

However, it is extremely conservative and accurate to say, given this data, that the total number of pCUB ever minted will be less than 10M even though the hardcoded cap is 26M. This will be very relevant to anyone who was using that 26M fake cap in any estimates they were doing.

At the same time numbers like these are largely arbitrary, so take the info with a grain of salt. Doesn't really matter how many arbitrary tokens we decided to mint. It's more about the economics and tokenomics that make DEFI 2.0 sustainable. This will be an enlightening test for sure as to the long-term viability of future clones on other EVM chains.

Speaking of future clones, if everything works out well CUB will be getting many more airdrops from all the DEFI 2.0 clones we copy/paste to other networks. The LEO ecosystem is creating a net that's capturing liquidity from all the EVM chains, and that's got to be the most exciting thing of all. Fun stuff. 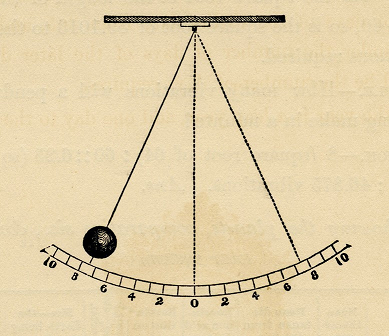 Two days ago I ranted about how the pendulum is putting incentives in the wrong place. Khal assures me that I'm out of my element, and I know that very well could be the case.

Honestly depending on how it actually works, the pendulum could be a win/win that just creates momentum in an upward direction. It will be interesting to see how it actually plays out, for sure.

Whelp, I need to get on a plane soon, so I'll cut this one short. I went out and bought a cheap laptop just so I can participate in pCUB while I'm on the road. When you can buy a laptop with one day's worth of CUB farm, you can't be doing too bad. Abundance is coming. Are you ready for it?

I don't really know if I am completely ready but I think I might just play around with my airdropped amount. It won't be too much but at least it's something and the math you did makes it sound like all we need to do is HODL.

Really good math :) I have 2 plans for how to play, depending on "how momentum" turns out and the market cycle.

Interesting is your more research math comes to my "low research" math to the same result :D

Btw, did you remember the airdrop numbers? 2,5 pcub per 100 cub? something like that?

Is so long ago, I already forget it :D

I think to leverage the full potential of pcub, there should be some polygon guides on hive/leo right before release.

I mean its not that complex, but you know :)

Abundance is coming. Are you ready for it?

I heard that somewhere.

Damn it is becoming a trend.

Things are getting hotter and hotter on the CUB and PolyCUB stage and enthusiasm is yet to see the peaks on these projects. For sure we'll see some interesting movements in the incoming days.

Golden info. Thanks Ed! Gotta make the most out of the first month after the launch. Happy Journey!

Nopes not ready. Will be though. Hopefully

You're doing really man and interesting calculations there.

When you say "mint" pcub, you're referring to the airdropped tokens right?

When you can buy a lambo with one day's worth of CUB farm, you can't be doing too bad.

When you can buy a laptop with one day's worth of CUB farm, you can't be doing too bad. Abundance is coming. Are you ready for it?

Absolutely your not doing bad at all and keep up the good work. I believe the changes with Cub will be massive and awesome to witness

I was curious if it was going to be an out of the gate High rewards and slow down over time. Now I know and it's another reason why acting quickly can really seriously add up to some huge profits here.

Speaking of future clones, if everything works out well CUB will be getting many more airdrops from all the DEFI 2.0 clones we copy/paste to other networks.

Indeed from everything and features added to Cub, I'm sure it going to get more airdrop when it get launched.

I don´t even know if the pCUB is a Hive-Engine tokens or where else it is tradeble. Seems currently the basics are not even worth mentioning.

Abundance is coming. Are you ready for it?

It’s a tough job. But somebody’s got to do it.

Finally. This is such good news.

I know you don't really like deflationary economics but as far as making me rich is concerned, am beginning to tend more towards deflationary assets (even though Hive will always be an exception)

We need to see this pendulum thing in action, sounds to good to be true.

That's good update. We can't wait for this polycub airdrop.

Thanks for taking the time to do the math.

Have a nice flight

I love the Incentive Pendulum concept as it would cause high yield as it would keep polyCUB balance.
What does LPs mean because I don't know?

After months of soon™... "don't worry we are launching next week"... finally the Polycub launch can be delayed no longer. I actually have a pretty interesting strategy lined up for pCUB.

Am so impressed to hear that. Polycub is about to launching wow what a great news.