Hey all Rockstars. I am back again. It's no secret what this is about Yea it's about the game Rising Star, my favorite. My referral key down below:

You can check out my other posts and my progress there as well. My previous works are down below:

How about being a rising star?
S5 Mozart: You have it on buying 12 packs for 100,000 starbits!
Open Mic Night & Mid Week Support Slot!
Busking with a License & Midweek Headline Slot!
Saturday Support!
Saturday Headlines!

You won't get a coffee every time you do a mission, only some time. Coffee helps you gain 4% energy. But what to do when you get a coffee but you can't or don't want to use it now? You'll see that there are coffee cups in the Boosters section where you can store your coffee to use for later when you lack energy. And when your cups are filled, Coffee will speed up your energy recovery rate. 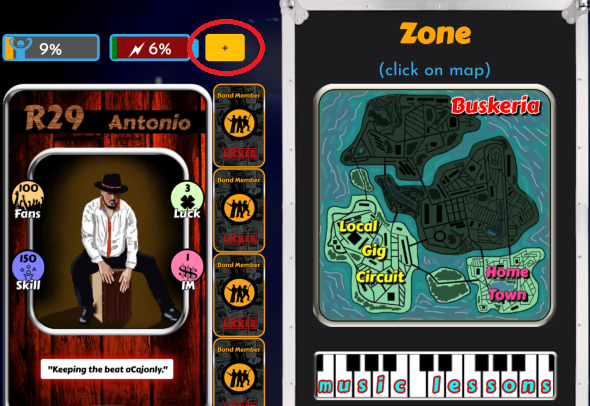 When you click on the + (plus) sign above your avatar, you'll see how many boosters you have. There's another way to check out Boosters that is in your card section. As I have already said about Coffee and Coffee Cups I'll jump on to the next segment. 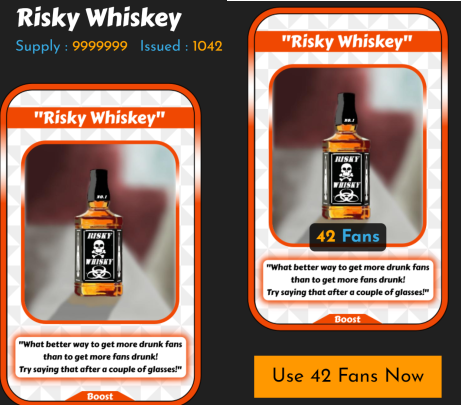 "What better way to get more drunk fans than to get more fans drunk" that's the first line of the card. I know it's a bit hard to understand but let me clear that out for you. Whiskey will help you with your fans. Okay, I'll be clearer. Whiskey stores your fans which you can get help with later on your other Missions when you have fewer fans. 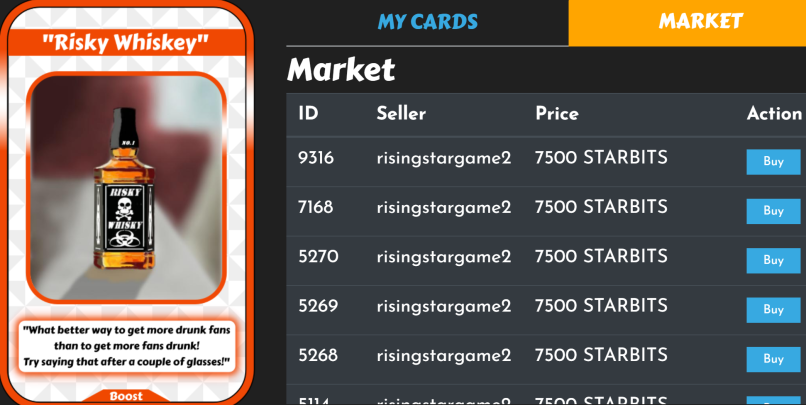 So these are the Boosters I have written about today and I hope they are helpful. Now, take a guess what's next. Yes, yes it's the Local Gig Circuit. Let's see what we have there, shall we? 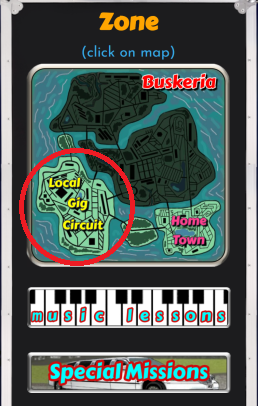 So as I have said earlier, Local Gig Circuit has opened for me. I'll be sharing with you the very first mission this Zone has offered.

Radio Interview is the very first mission in the Local Gig Circuit zone. By the looks of it, it's quite a bit similar to Illegal Busking of Hometown zone.

As you can see, this mission requires 400 fans and you have to be a Level 20 player. This also earns you 10 to 124 Starbits and 11XP points with 0 Ego points. The similarity between Radio Interview and Illegal Busking is, they both are the first missions in their respective zones, each takes 5 minutes to complete and takes only 15% of energy.

As you can see, when the clock runs out you're done with your mission and you can move on to the next one. I'm pretty excited that this new zone has opened up. I wonder what the next zone has in store for us.

That's it for today. I hope you guys have enjoyed my post and also hope it was helpful. I'll be back again with another one.