Watch Out Staking in Polkadot's App

jmsansan.leo (59)in LeoFinance • 9 months ago 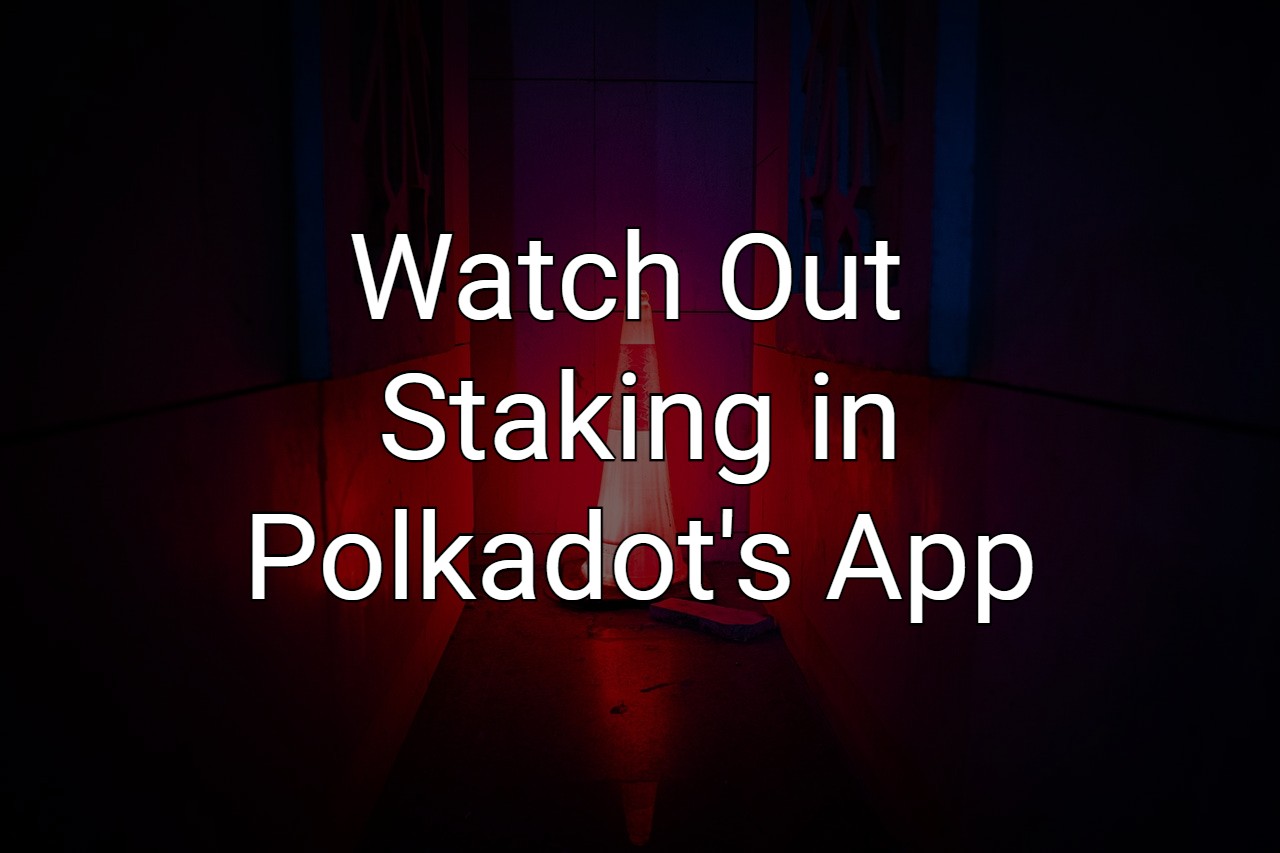 Recently, I was checking my Polkadot wallet and then saw that my last staking reward was 20 days ago. Normally, I was getting rewards every other day but suddenly I stopped receiving them. The next step was to go into the Polkadot app and see if there was something wrong.

First, let’s see how Polkadot works. The system is similar to staking ADA or XTZ as you’ll see:

Polkadot uses NPoS (Nominated Proof-of-Stake) as its mechanism for selecting the validator set. It is designed with the roles of validators and nominators, to maximize chain security. Actors who are interested in maintaining the network can run a validator node. The system encourages DOT holders to participate as nominators. Nominators may back up to 16 validators as trusted validator candidates.

Validators assume the role of producing new blocks, validating parachain blocks, and guaranteeing finality. Nominators can choose to back select validators with their stake. The staking system pays out rewards equally to all validators regardless of stake.

After opening the Polkadot app, when I took a look at my account, I found that all my nominations were inactive. This was weird because the validators were active and validating blocks. Therefore, I thought something was wrong with my nominations and I proceed to change all of them.

After waiting a few days for the changes to happen, the problem was still the same. So, I tried to search for help on Google, Reddit, and Polkadot Wiki. With some luck, I’d find something that I’ve missed, but I ended up empty-handed. Again, I waited a couple of days and then tried again. This time I found something interesting in Polkadot’s blog. It was an update from 19th October saying the following:

Nominators with a stake smaller than approx. 200 DOT (the actual number can vary) will generally not be backing any validator with their stake. This is why those staking fewer than 200 DOT may not currently be receiving staking rewards, as a side effect of the issues above.

So, the problem is that I’m a small nominator and therefore I won’t receive any reward. However, why I was getting rewards at the beginning? To be honest, I don’t know.

If you are going to stake some DOT and you have less than 200, then use the staking services from an exchange as says in the blog entry as a solution. In my case, I don’t know what I will do, maybe I buy until I have enough or move my DOT to an exchange. I hope this has helped you in some way!

What can you do with the dots? Do they have some kind of apps like hive.blog, peakd or leo?

The apps will come later this year. Expect something similar to ETH.

Thank you! Useful info! Now it's clear why stacking doesn't work for me)

I'm glad it helped you!