khazrakh (66)in LeoFinance • 5 months ago

There's a lot of talk on Leofinance right now about how to get more eyes on our wonderful platform. I really love how we as a community are coming together and everybody is trying to put their weight, trying different angles to get more traffic to the site. Be it SEO, sharing on Twitter, and many more - there are a lot of great ideas out there on what everybody can do to get more people involved. Today I want to talk about another option that basically anybody publishing on Leofinance could and should do in my opinion - publish your content on Publish0x as well!

In case you have not heard about the platform yet, it's a social blogging platform with an earning aspect not unlike Leofinance but with some key differences. First of all, Publish0x does not have a native token but instead pays its rewards in ETH, BAT, and LCR. These rewards are coming from the website directly and the rewards are always shared between the author and the curator. Unlike Hive/Leofinance there's no staking involved. Everybody gets his 6 upvotes everyday and their value is fixed. No matter if you have thousands of followers or just joined the platform, all votes are worth the same.

There are also a lot of similarities, though. Just as our community, the folks over at Publish0x are tech savvy crypto enthusiasts and they love to read and talk about all kinds of financial or blockchain related topics. Basically, any article written on Leofinance is going to fit perfectly with Publish0x as well. That's the reason why I'd like to encourage everybody who has not done so yet, to at least create an account with the platform and copy each and every article they make over there.

As you can see from my recent posts, sharing your content on Publish0x as well is usually quite worth the endeavor from the additional earnings you'll get alone. That's not all, though. By publishing over there, we all can function as ambassadors for Leofinance with no or minimum effort!

Looking at the posts above, the most successful one was an article about me setting up a dedicated account for Leofinance. The crazy thing is, this article was obviously written for Leofinance and Leofinance alone. I did not detail what Leofinance is, give any additional information on the service, or even change anything so that it was more fitting for Publish0x. Quite frankly, the article didn't make terribly much sense if you had never heard of Leofinance before. But what can I say, it got a lot of Views, many upvotes, and, most importantly, it got some great reactions from readers over there! 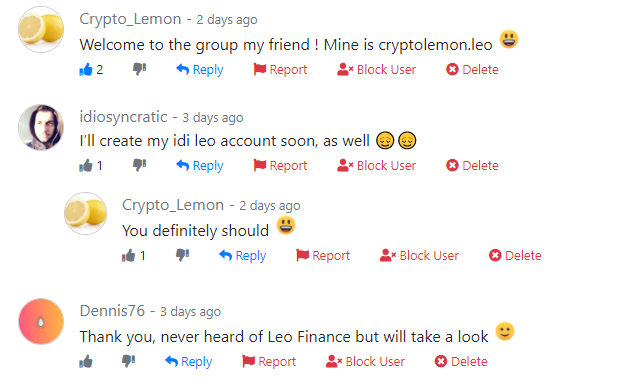 This article managed to, at the very least, get several people to take a look at our website and potentially even create an account and start to interact with the service. All I had to do was copy my article's content over to their editor and release it right away. All in all, it didn't take me even 5 minutes, yet it both netted me ~3.5$ and introduced several new people to Leofinance.

If you want to, there's even more you can do to both increase your earnings and get more people to learn about Leofinance:

So in conclusion, if you don't have an account on Publish0x, you really should consider setting one up. It could benefit both you and Leofinance as a whole and it's really not taking up much time to do so.

That's all from me today, thank you all for reading and see you next time!

I think popularity of articles are related with tags also. what are your favorite tags there?

That could be a possibility - I always use Blockchain, Gaming, Blockchain Games and then two tags that focus on the actual topic.

Unfortunately, I have not had a good experience with publish0x. First of all, it is centralised. I have little control over my account. My account was suspended some months back due to claims that I run multiple accounts which is inaccurate. I have asked for proof for my supposed illicit activities, none have been given. I have abandoned the futile request to retrieve my account.

hmm, I might take a look at that. haven't been blogging much lately but I swear it's coming... =)

Heh I know the feeling - it's hard to get it started again but once you are into it, it's actually a lot of fun :-D

I wonder if this does harm the SEO for LEO Finance in the end, even if the intentions are good. I also post there from time to time, but not sure if that while might bring some more crypto, doesn't come to a cost also...

Interesting aspect, I had not though about that so far.
I'm not knowledgeable enough on the topic of SEO but certainly something that needs to be considered.

We copy it to publish0x, Actually we are damaging their SEO (penalty of duplicate content) and generating traffic for LEO.

That'S great to know, thank you for the clarification!

I use publish0x a lot as well and cross post most of my articles from here. I even get to the trending page once in a while. The platform is really good and it pays quite decent.

I don't write too much about finance, and then it's usually about HIVE. They may not take too kindly about HIVE posts on their platform.

That's what I expected too, but they really seem to like these posts - a lot of my higher paying articles deal with Leofinance/Hive specially.

I may as well cross-post my stuff. When you tip, it asks what percentage, and defaults at 80/20. Why the question? You could shift the tip all to you if you like, seems daft.

I applied to be an author, does it take long?

Shouldn't take long, I was accepted within 2 days back in March I think.