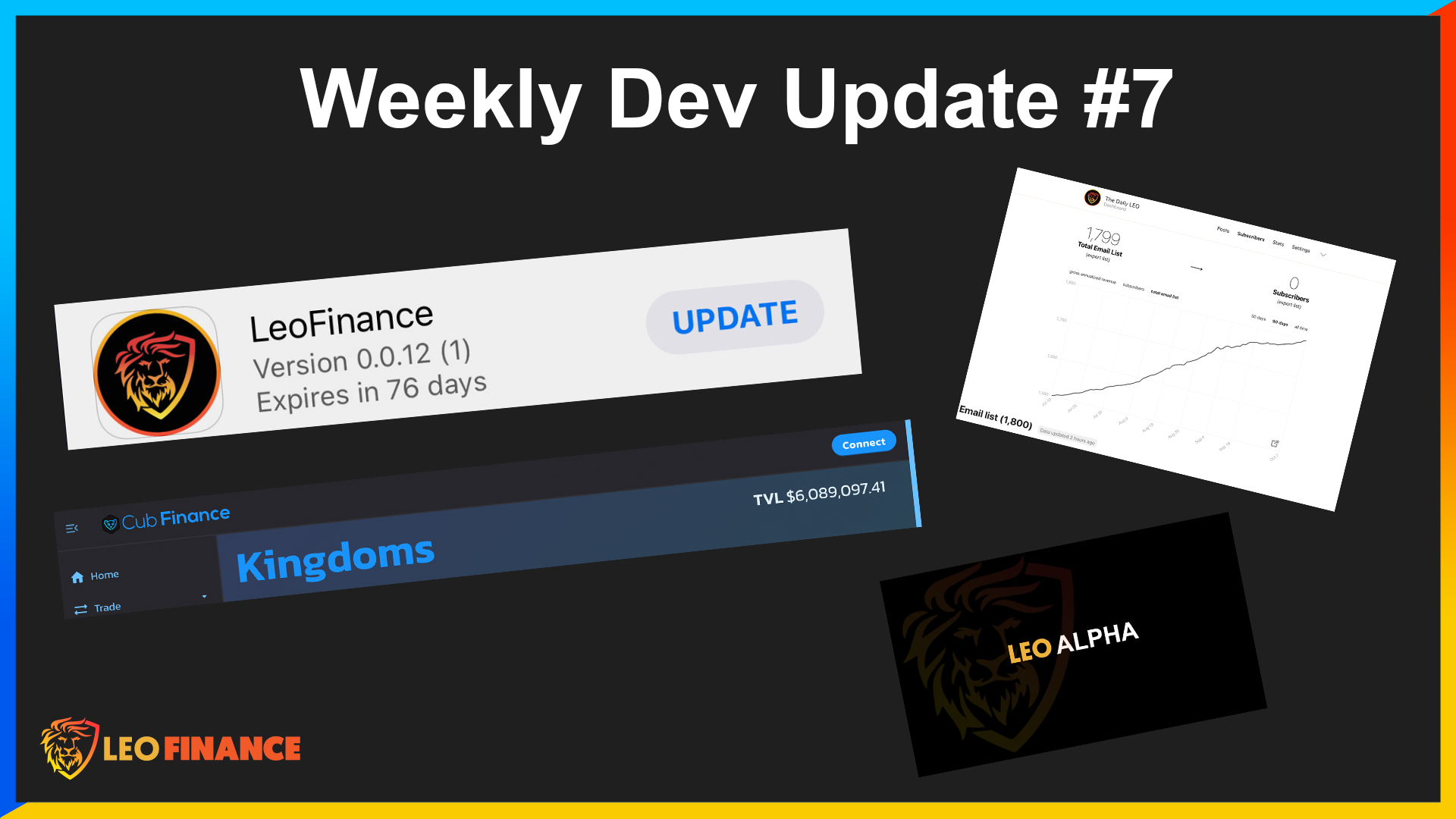 In This Week's Update:

Welcome back to another weekly dev update. We've been working on quite a few projects in the background. Many of these things have been discussed at length in our weekly AMAs every Friday.

Major progress is being made on the mobile app front. Our target to deliver this into open beta is early October. Currently, we're in a very limited private beta. This is allowing us to fix the major bugs and make sure that our V1 rollout is as smooth as possible.

This initial version will be very familiar to the Hive community. As the version progress, weekly updates to the app will be launched and you'll see rapid improvements roll out.

As many can tell I (Khal) have been using the mobile app almost exclusively for commenting / replying in the LeoFinance community. It's a great experience and I'm really excited to have everyone jump over and start battle-testing it.

In addition to rolling out the app into open beta, we're going to be running a lot of engagement competitions aimed at getting rapid feedback for how to improve the app now and in the future as we develop amazing features. The roadmap for the Mobile App is already extremely exciting.

Web3 is going mobile... and there's nothing quite like it out there. Just wait till you see the end of 2021's version of the mobile app... setting the stage nicely for a nearly unrecognizable version in 2022 as we continue down our mobile app roadmap.

The LeoFinance Podcast has returned in a big way! Now taken over by the marketing team, full podcast episodes are being arranged, recorded and post-produced completely by their team. This requires no intervention from me. All I have to do is show up, look pretty (if possible) and have a conversation with our guest.

I'm excited to see the amazing progress we can make in fulfilling our base mission for LeoFinance: expand the width and depth of our community.

The podcast can bring a great deal of width to the table as we bring on amazing guests and collaborate with a much broader audience.

Stay tuned for a lot of podcasts that we have lined up. Many will be with projects that are truly massive in the space. It's an exciting time for LeoFinance to become a media company in addition to all the other things we're buidling.

I touched on the podcast aspect of our marketing initiatives but there are a lot more things going on in terms of expanding the width and depth of our community. 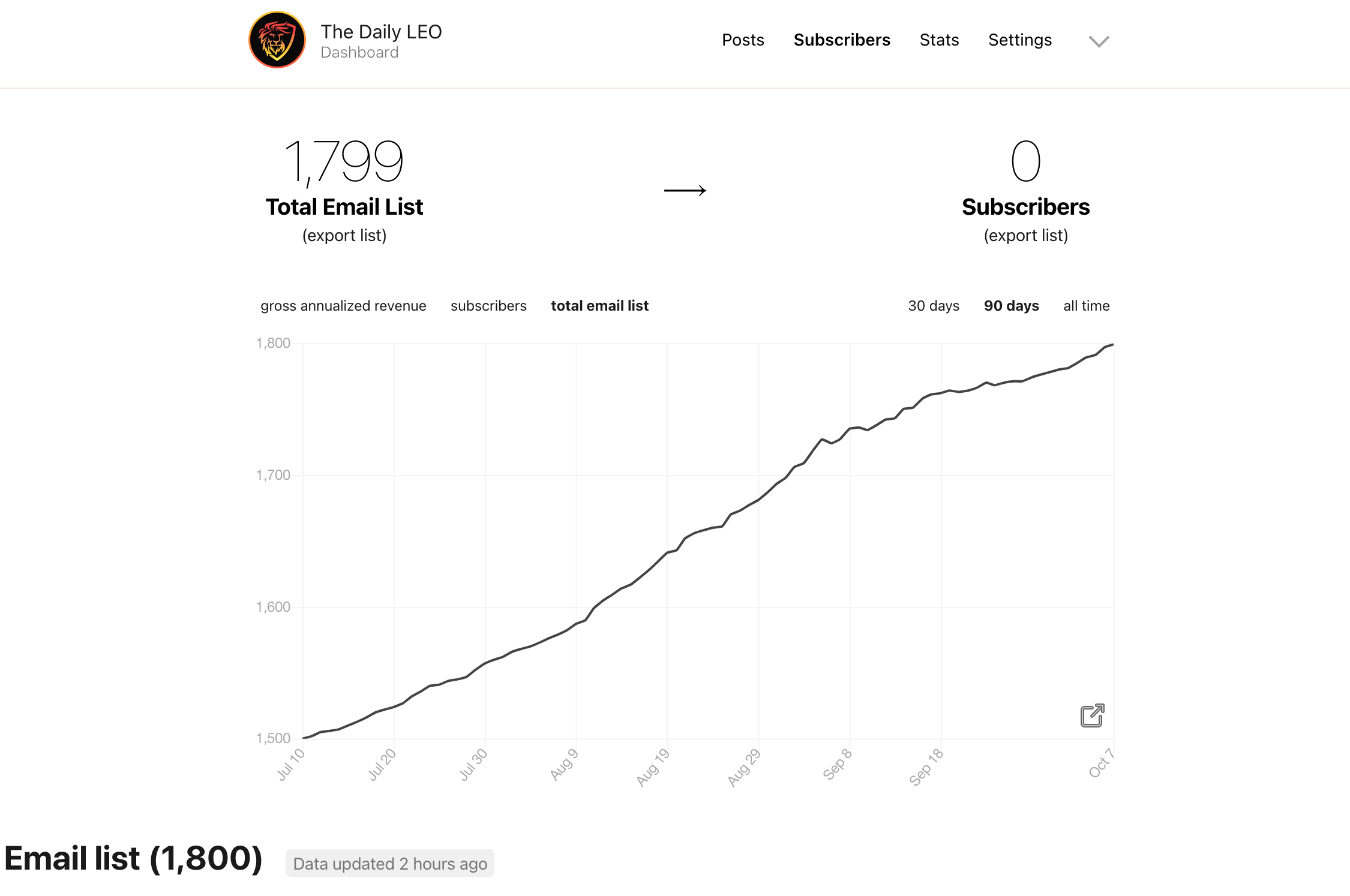 Taskmaster4450 has taken over the Leo Newsletter. Providing us all with an amazing read delivered right to our inbox every Monday and Friday. 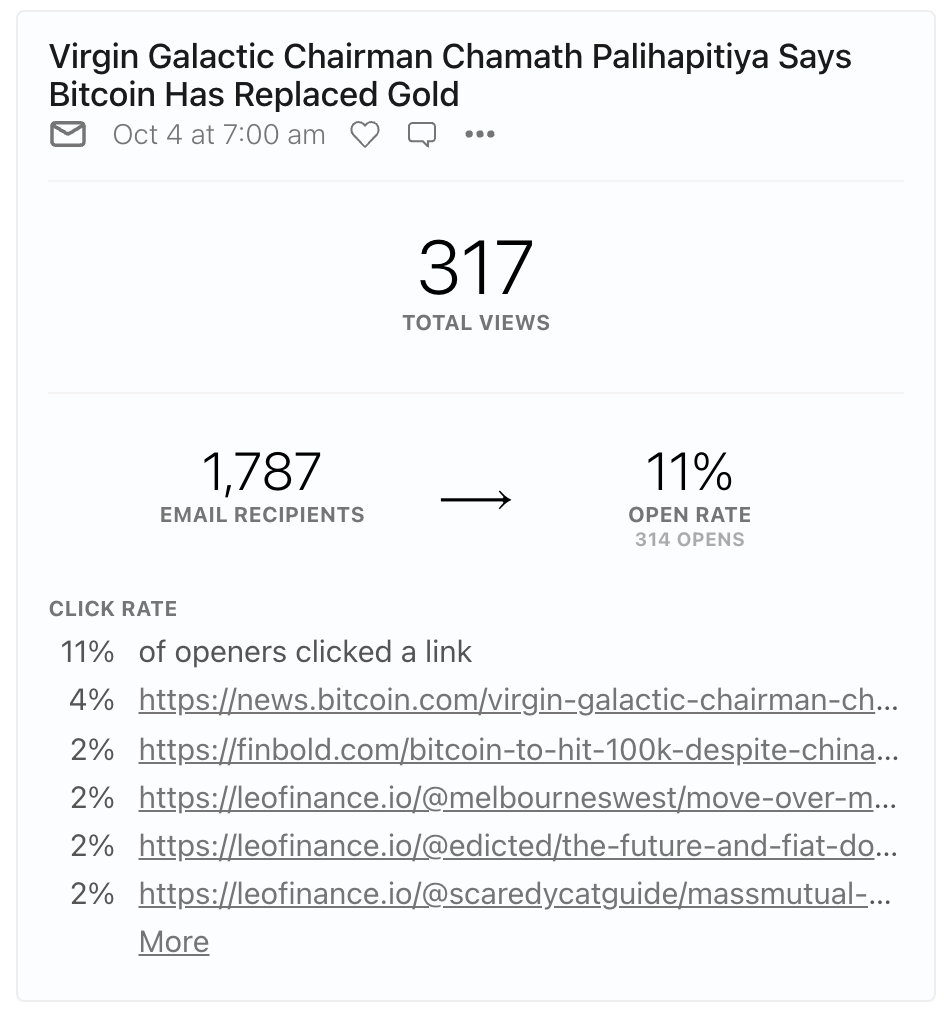 There are some incredible initiatives being built out there on LeoFinance. I am really excited to see more thoughtful community members step up into a leadership position as they take on their own initiative to expand the width and depth of LeoFinance.

One idea that I was spitballing with the marketing org was hiring some research analysts to help us develop targeted content about up and coming crypto projects in the space.

This research could all be spun up into various blog posts and whitepapers under the banner "LeoAlpha" - with the dual purpose of generating Alpha for the LeoFinance community and expanding the scope of our community by sharing this content on social and getting the attention of the projects being reviewed.

After all of the above conversations, I decided to write my idea out and post it to LeoFinance... hoping it would be picked up by other community members who want to play around with it and take some initiative of their own.

My first LeoAlpha post will go live soon. This will outline a project I've been watching/participating in and some ways that I think research can be done to create a better understanding of the project which could lead all of us LeoFinance members to generating some Alpha for our crypto portfolios.

Just another tool in the toolkit. I'm hoping to see a lot of participation as we move the ball forward on that!

CUB has been getting hurt a bit in the current market. The times are tough but development continues. In a discord conversation, we talked about the future of CubFinance and if it will survive the downtrend it's in.

There are a lot of factors at play here but the development of our next few platforms to take Cub into the multi-chain universe of DeFi will move us to the next level IMO.

The vision is crystal clear. Execution time has arrived and October will be a big month to see a lot of our hard work move from behind-the-scenes to center stage. I think this is a make or break month for CUB and I am excited to make it the former.

Earlier this week, we released 2 new Kingdoms for CubFinance; SPS-BNB and BTCB-BNB (Updated Kingdom from Bakery)..

In discord, I predicted TVL would move from ~$4m to $5m overnight and that's exactly what happened.

Since then, TVL has risen even more. Crossing the $6m mark (partly helped by the rise in BTC value).

Kingdoms TVL have a direct correlation to how much CUB is autonomously burned from the management fees generated through our Kingdom contracts.

Growing the Kingdoms TVL has become a core focus as of late. As we roll out our cross-chain platforms and introduce a number of incredible new features to CUB throughout the end of 2021, we'll also show an incredible growth in the TVL on Kingdoms. $25m+ TVL is very achievable by year's end and that's going to have a MASSIVE impact on the viability of CUB as we look to continue that climb in 2022.

IDOs On Pace for Uptober

Uptober is in full swing as BTC starts approaching ATHs once again. We're on pace to deliver at least 1 IDO this month (maybe 2).

With a significant change to Polygon CUB (details to follow soon), we'll see some interesting changes to the tokenomics governing CUB as we embrace the multi-chain future.

Polygon CUB is gearing up for launch along with a few other multi-chain projects we've been quietly designing and developing.

CubFinance is about to undertake a massive expansion in both TVL and use case. This is going to change the way CUB is viewed forever. With these multi-chain projects set to release before the end of the year, vCUB DAO and a few other core developments, I think it's highly likely that CUB will be $3+ by the end of 2021, but as always: high reward accompanies high risk. ALWAYS DYOR.

Our Next Live AMA Will Take Place Tomorrow @ Noon EST!

I'm looking forward to trying out the mobile app and also participating in the LeoAlpha initiative!

Is the new desktop app coming right after the mobile release or that should take a bit longer?

The mobile app is really exciting, I’m using it right now and can attest to how fun the experience is ;)

The desktop app will follow closely! It uses the same framework as we acquired for the mobile app but we’re merging it with the existing infrastructure that makes leofinance.io possible.

I’m not sure on timelines, it will have a lot to do with how our mobile app migration looks. I’m quite confident you’ll be using a new desktop app by the end of 2020 though 🦁

My brain barely can take all these updates and as always things are moving in parallel at a fast pace. So many things planned for UPTOBER, let's see if both LEO and CUB will go UP!!!

As a team, we’ve never moved this fast on so many fronts. I think a lot of people have gotten caught up in our recent struggles with growing pains - I.e. bogged down in developments, bug fixes and tech support.

With the team bigger than ever and constantly expanding, I think we’ll surprise everyone throughout the rest of 2021 and beyond. Back and stronger than ever

If you keep telling everyone about it, that ruins the surprise.

You never were good at keeping secrets as a kid were you?

I wonder if it will be easier to process all this when our brains are uploaded to the cloud.

At that point, Khal might not have to put out these posts; he can just share what he is thinking like sharing a file in Windows.

I am the cloud now

Early October is pretty much due, so wen mobile app for everyone😁?

It is a targeted delay. 😁

Cant slide much by you.

I think this is a make or break month for CUB and I am excited to make it the former.

LOL are you trying to flush out some weak hands?

All good news. Things do not happen overnight and start ups are tough. That said, development usually wins in the end.

We are growing at all levels, albeit slowly. That is what is most important.

What is the person doing the research is an idiot?

It is best not to listen to idiots.

How can I have the newsletter?

Easy! Just head over to https://leofinance.io and wait for the pop up in the bottom left. If you’ve already been to the site, you may have X’d the pop up.

If that’s the case then just head over to it directly: https://leofinance.substack.com

Oh I didn't hear much about the IDO earlier so we will get at least one this month. Roughly how much CUB will be burned in the IDO?

Congratulations @leofinance! You have completed the following achievement on the Hive blockchain and have been rewarded with new badge(s) :

Is mobile app on android released yet? I'd be glad to beta t test it.

Got my faith in this cubfinance.

Just doubled down and bought anoter 1000 dollars of cub thinking it will make it.

If we make a comparison of the weekly updates from 6 months ago we will see that everything has grown 10X.

The future is bright.